Julie Ann Pedalino spent ten years working as a fine artist, making a switch over to building bikes some time ago. From a distance, the Spray-Bike paint job pulls you in and from there, her CNC-fillet lugs (which change with every one of her creations) draw you in closer on the bike. These lugs are wild, with some details that are hand carved further. 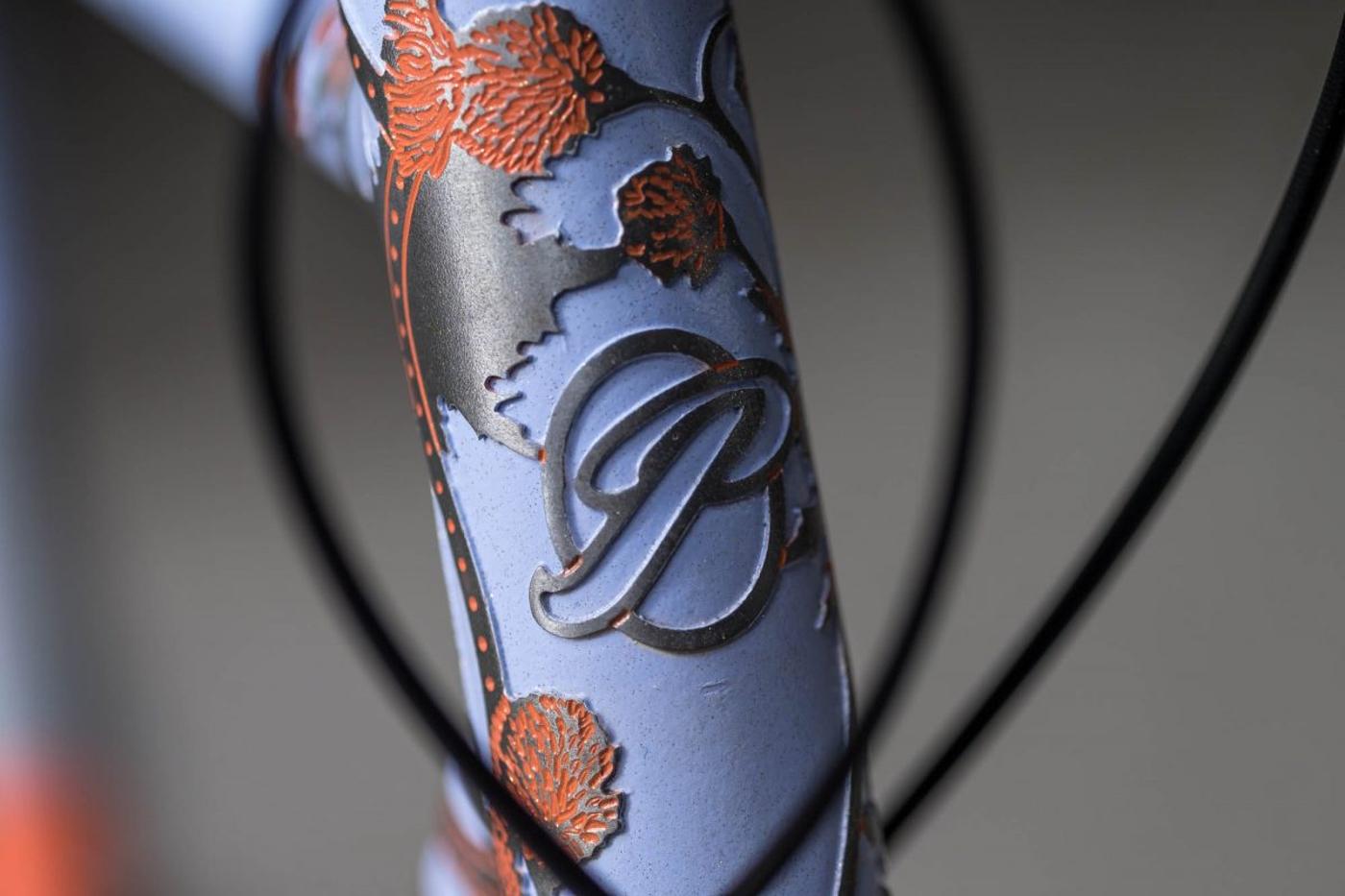 It isn’t just a show bike, even with all of the exposed ornate lugs it will be getting raced this year Elizabeth Reinkordt as a tribute bike to her family with 3 generations of cyclists, going back to her grandmother, who was touring by bicycle in the 1940s. While on display at Philly Bike Expo, there was a storyboard with some photos of the tour. The lugs and the colors of the bike draw inspiration from the wildflowers and sunset of her home state, Nebraska.  With a mix of  SRAM Force 1, Thomson cockpit, and some polished adornments from Paul Component by way of their Set N’ Forget through axles and QR seat collar, you can bet that this bike will be around for seasons of abuse.