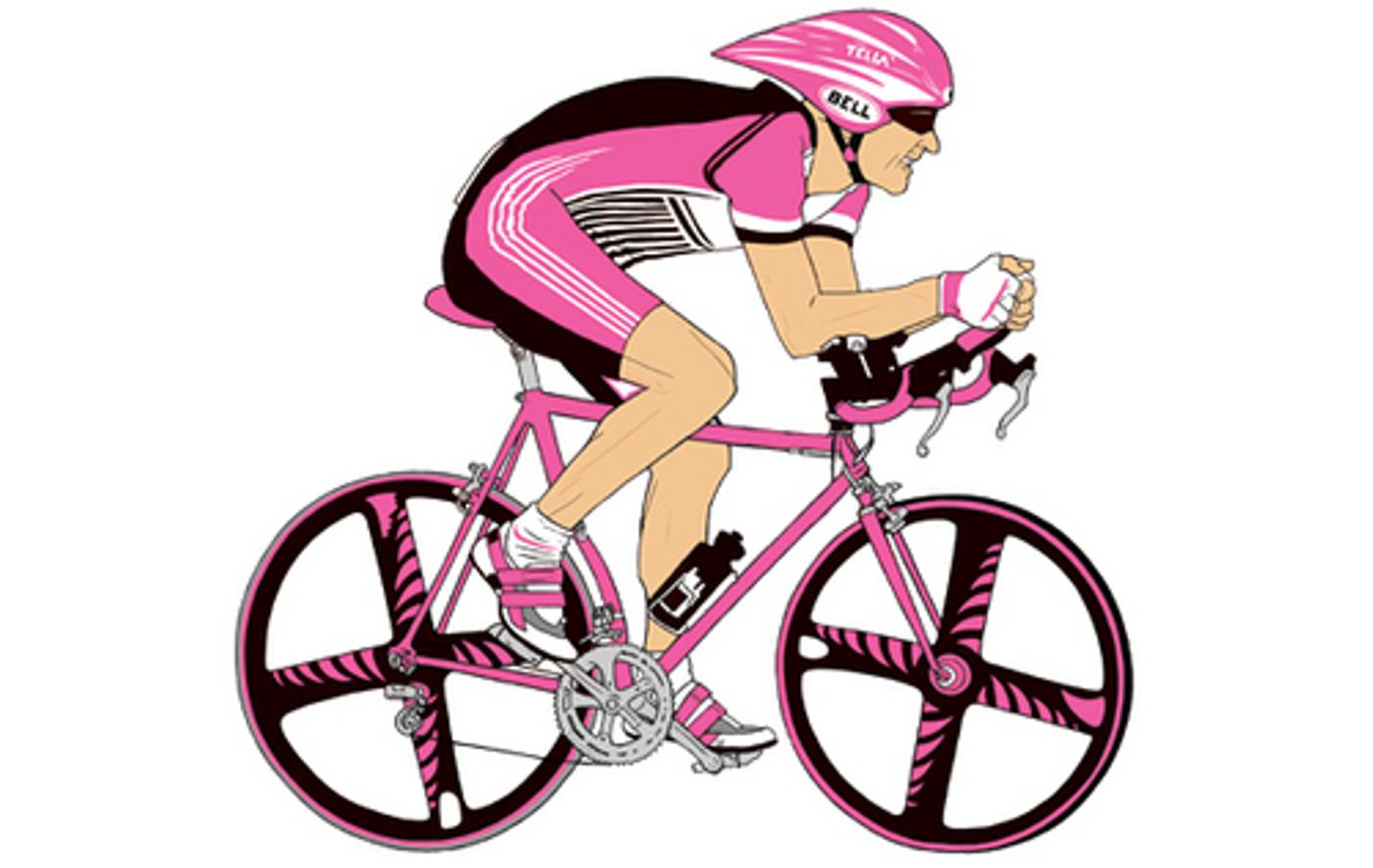 The Times (London Times) asked Jonathan Williams to illustrate the different biker tribes in their city. Here are my favs:

Clive has a pink, all-in-one lycra leotard, and doesn’t see why he ought to be ashamed about that. His bicycle cost many thousands of pounds, and is made of the same sort of stuff as badminton racquets. Clive rides his bicycle every day but, at the weekend, instead of cycling at high speed to his job in the City, he’ll cycle at high speed to a bicycle shop. Here, he will spend many more thousands of pounds having bits removed from his bicycle, and replaced by other bits that are almost, but not entirely, exactly the same. Clive’s bicycle lives in the living room, in front of the television. He has no wife. The Sit up and Beg Biker

They don’t go very fast, these bikes, but Emily didn’t buy hers to get around quickly. She bought it because she liked the leather saddle, and the pretty basket. At first, she used to cycle around staring at the clouds, but the dentist won’t let her do that any more. Emily’s boyfriend constantly nags her about cycling in ballet pumps, and says she ought to wear some neon lycra. Emily always smiles, sweetly, but she’s quite happy in her muted flowing asymmetrical skirts. Although her hems do get caught in the chain.

Where is the fixed gear rider illustration? Just this:

The Fakenger
Lee actually does IT for a small accountancy firm in Fitzrovia, but you would never guess that if you spotted him cycling to work from his home in Hackney. In his camouflage shorts and his cut-off tights, with his bag strapped up high on his back and his special shoes that don’t let him take his feet off the pedals, ever, he’s a dead ringer for a bona fide cycle courier. His bike has no gears and no brakes, and is festooned with tatty bits of string and masking tape. When Lee sees a bicycle with wheels that are thinner than his own it sends him into a powerful rage. He’d be a real cycle courier if he didn’t get lost so much.