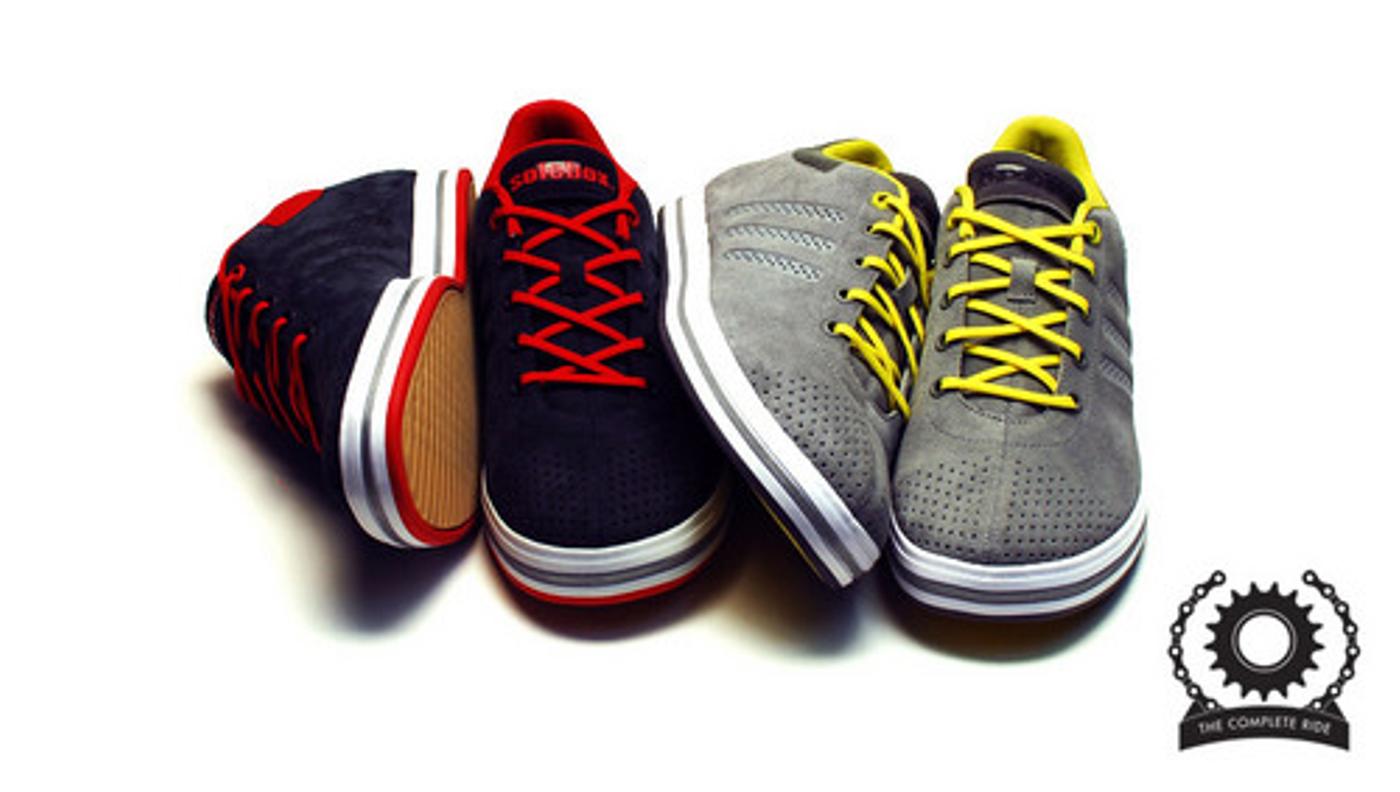 Hypebeast sent me some new information on their collaborative efforts between themselves, Solebox, Adidas and Bianchi. Read up below!

To help usher in their all-new cycling-inspired footwear offering, the Zeitfrei, leading sportswear company Adidas has aligned itself with two well-known entities in the sneaker and street culture realm. Men’s centric streetwear and fashioned-based website Hypebeast and popular Berlin-based sneaker boutique Solebox have both been brought on board to each design their very own version of the Zeitfrei. The shoes, which will debut later this month, include an added bonus with the inclusion of exclusive one-off complete show bikes on behalf of famed Italian bike company Bianchi, that match the aesthetics of each respective Zeitfrei design. From a technical standpoint, the Zeitfrei features low-profile construction. Various technical elements have been incorporated into the shoe’s design knowing full well the necessary traits that riders require every time they set out into the streets. The shoe’s perforated upper allows for ventilation in addition to having a reflective layer beneath to allow for a minimalistic and subdued yet functional design, which can offer performance properties when required. The same reflective material is also seen ever so slightly hidden via mesh on the heel. Additional reflective materials are seen on the embossed heel logo and as a stripe around the foxing band. The laces can be neatly and safely tucked away into a neoprene pocket which also houses the logos for both Hypebeast and Solebox. In this particular release, the suede tongue features a laser-etched number to denote the shoe’s particular place among the 100 total pairs produced. The outsole features two distinct treads while the forefoot design allows for improved pedal feel and grip. Rounding out the innovation is a design which offers the conventional look of vulcanized construction with the added rigidity and comfort of a cupsole. The relatively stiffer outsole of the Zeitfrei offers a good compromise between performance and everyday comfort and wearability. With each partner releasing their own final product exclusively through their own mediums, the shoes will begin their release over a one week period starting on Saturday, May 23rd at Solebox (in-store only). Hypebeast (online only) will launch their version the following week on Friday, May 29th at http://store.hypebeast.com. As an added bonus, Solebox has included an SKS Solebox Air Champ Pro Air Pump with the sale of each pair of shoes. Hypebeast and their retail package includes a cycling cap, Cordura messenger bag and a carry-all sling bag. Only 50 pairs will be available for retail with another 50 pairs being sent to friends & family.

The special one of a kind Bianchi bicycles will be made available for showing throughout Bianchi outlets following the sale of the shoes. At the conclusion of the tour, the bikes will be auctioned off for charity. Once my pair of Adidas gets in the mail, I’ll be doing a review on them for everyone. Looks like a promising project and the bikes look well thought out and built properly.