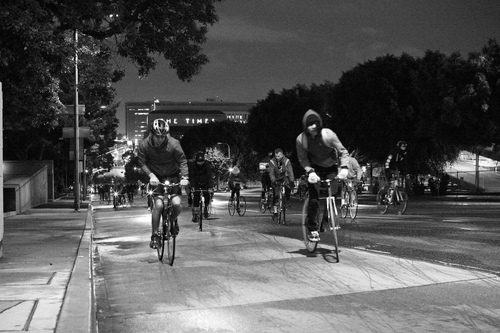 Surely you’ve caught wind of LA’s Carmageddon that’s been slated to shut down all of the city this weekend. When JetBlue airlines announced its $4 fare for flights between Burbank and Long Beach, Wolfpack Hustle placed a bet that they could make it between the two cities faster than the airline could. Other people felt the same way. And while the airliner wouldn’t actually admit to racing in the event, they placed a passenger on board the flight who represented the challenger. Well, guess what? Wolfpack won. Not only did they beat the airline to Long Beach but the plane had only taken off 10 minutes prior to their arrival in Long Beach. It goes to show one thing: dependency on cars in LA blinded the entire city and it took some people on bikes to raise awareness. Bikes will always be faster than cars in dense cities and while LA may not be dense, it never hurts to pedal around.

I love how JetBlue spins off their loss as a safety issue. You guys are missing the point!

Check out more at USA Today.