I’ve been toying with the idea of getting a touring bike. Not to necessarily go touring with, but to commute on in the rain, haul shit around and it would most likely double as a guest bike since I don’t foresee any guest wanting to ride my brakeless track bikes or vintage road bikes around NYC.

Chris Kulczycki in Annapolis, MD is the man behind Velo Orange. He originally had a few frame builders from the US making his bikes, but as times changed, he had to look to cheaper fabrication. Luckily for VO, they found a good manufacturer overseas to build their new Polyvalent bikes. Complete with rack mounts, fender mounts and clearance for a 650b wheelset and 44mm in fenders, the Polyvalent is a great option for someone looking to spend around $400 on a frameset. 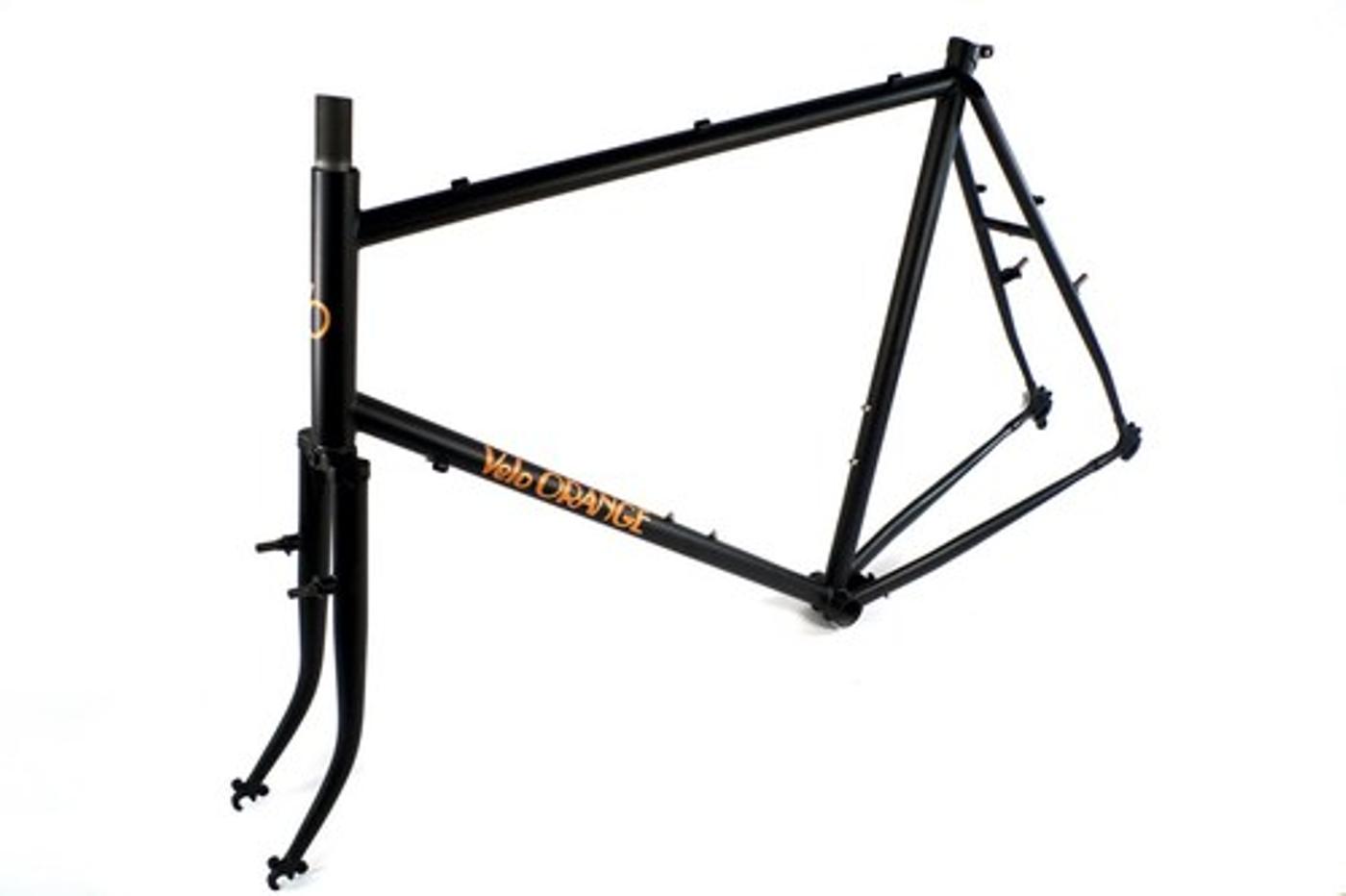 Polyvalent means “general purpose” in French and this bike is just that. A city bike, a touring bike, a commuter, a comfort bike, whatever. It’s got all the details of the classic bikes, a 39mm trail, low-lustre paint and a retro geometry. They just arrived the other day and already the guys at VO are experimenting with builds. I’d put a Suntour group on it with dirt drops and barcons but the build above is downright classy!

Full specs can be found here, at the VO site.