With the Travel Channel’s show on NYC bike messengers, Triple Rush air date approaching, the team has been upping more and more teasers. Here’s the most recent one, entitled “Getting Fired”. Side note: I went to school with Scott for architecture. It’s cool seeing him in this show but how will he do?

I got a chance to preview the first episode and will share my thoughts below. 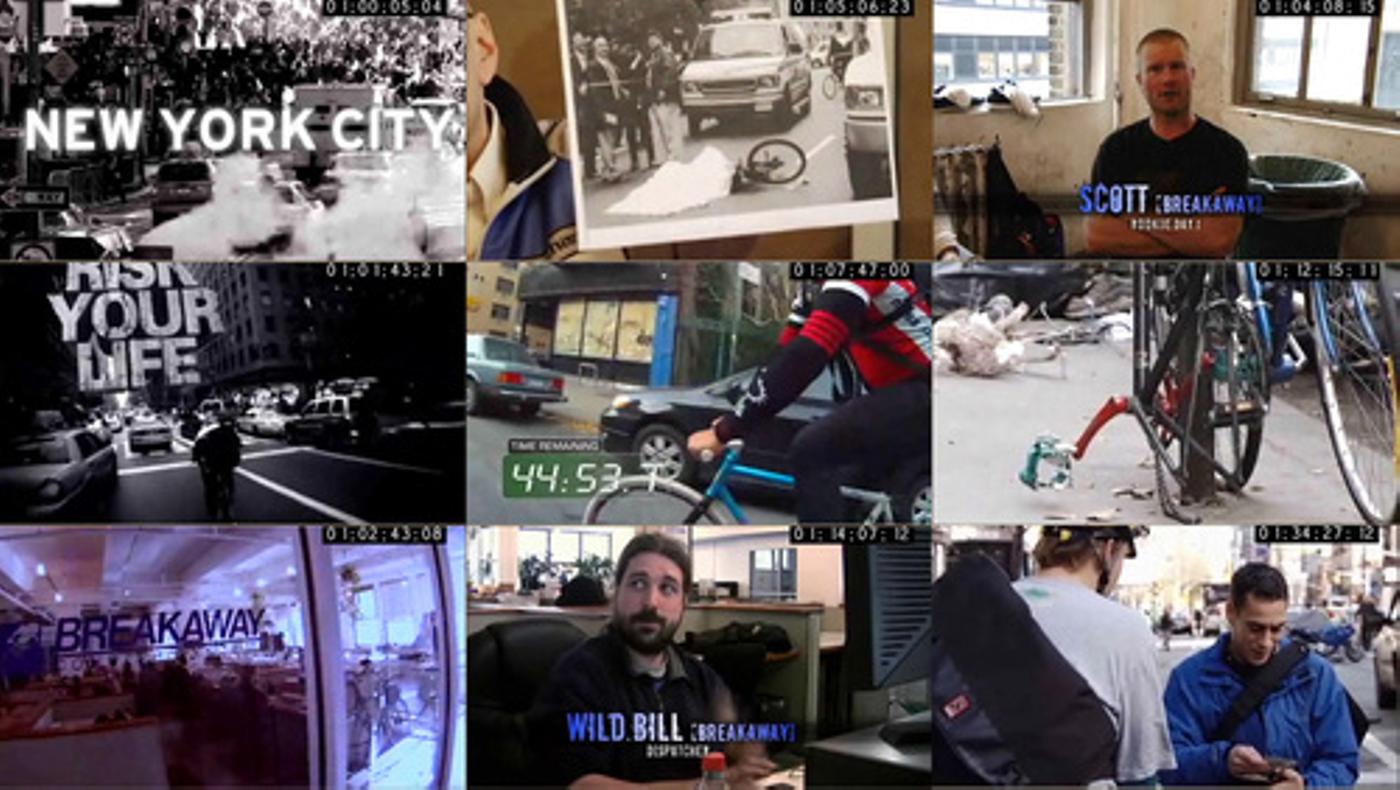 Look, it’s NYC. We all know that New York’s streets are the most dangerous for bike messengers and their respective companies. Triple Rush’s aim is to follow the progress of three companies: Quik Trak, Breakaway and Mess Kollective. All the while documenting the hardships and successes of each company, while exploring the fundamental differences of each. Breakaway is the massive-corporate juggernaut, Quik Trak is the small, family-run business and Mess Kollective is the first bike messenger co-op in NYC.

So how was the first episode? I enjoyed it. When I was on set back in December, I saw how the team worked, talked to the producers and chatted with the film-makers (who were all my friends). While some might assume that the scenes are staged, they are very much real. There’s no staging in Triple Rush, just real-life conflict and interactions.

Some things to watch for: Greg Ulgalde. He’s the guy responsible for all the Monster Track illustrations and has been working for over 15 years. Scott, the Architect trying to make it struggles with finding a new career in the economic downturn and finally, Mess Kollective’s new company that’s still teething at the tit of the city.