The Hunt1000 is a brutal ride. “A 1,000 km journey through the rooftop of Australia along backcountry trails, across exposed high plains, through snow gum woodlands, and among tall native forests. The trail links Canberra to Melbourne with limited resupply points and some of Australia’s best high country campsites.” – Hunt Bikes

Lovely… but that description does not include the tears, the sense of panic, search for escape, and loss of confidence the route brings – but like anything that makes you want to quit bikes – it’s worth it. 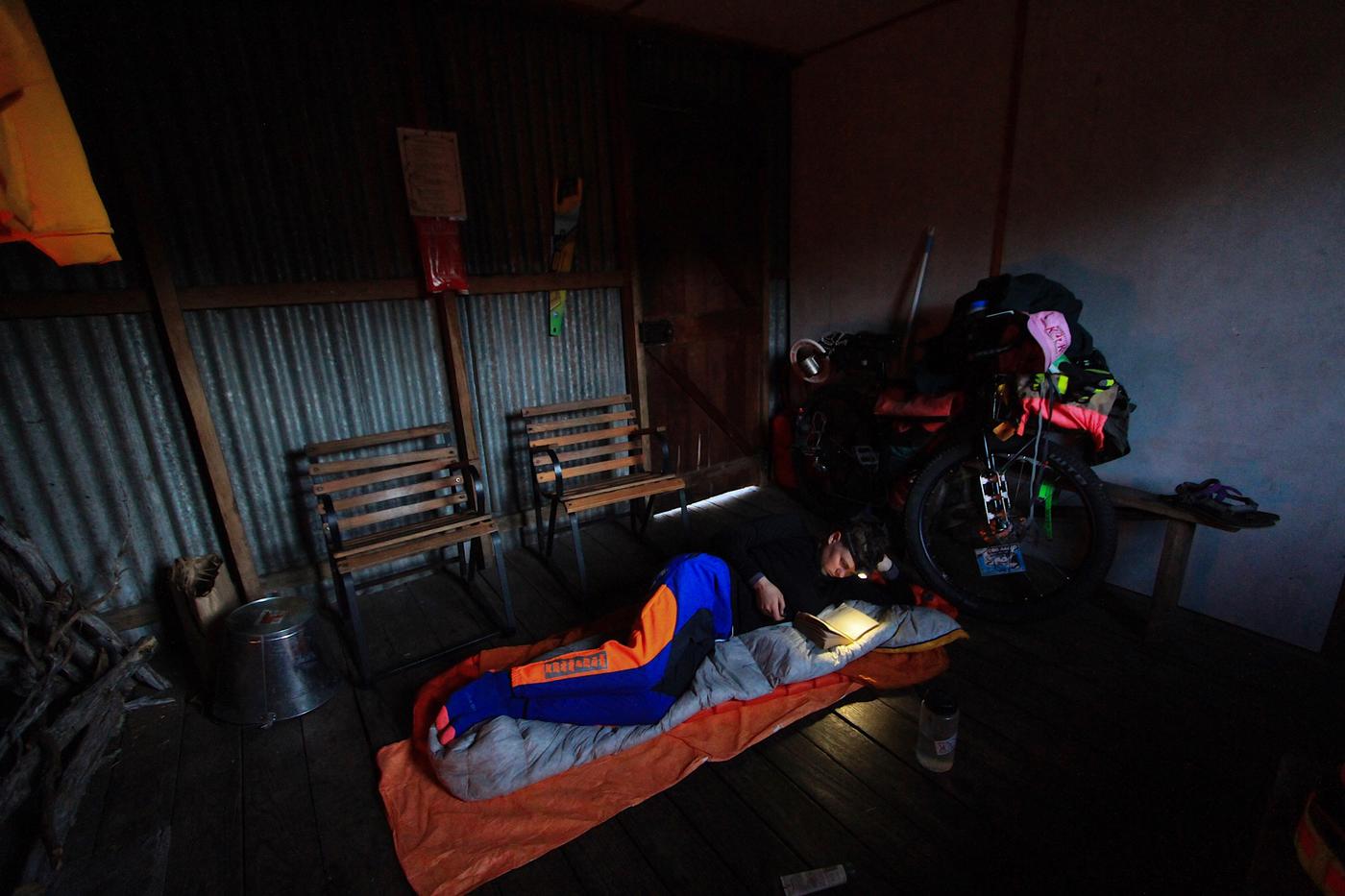 I chose to do the Hunt 1000 over two weeks instead of the elite 7-day program most of the riders were on and started a week earlier. By the time they caught me I had already gone over the highest point in Australia, Mt Koszuiosko, through the mostly un-rideable section of the Jagungal Wilderness, camped in paddocks with Brumby’s (Australian wild horses) on heat, burnt through all brake pads, ridden through 2 hail storms and realized I had left my wallet at home. 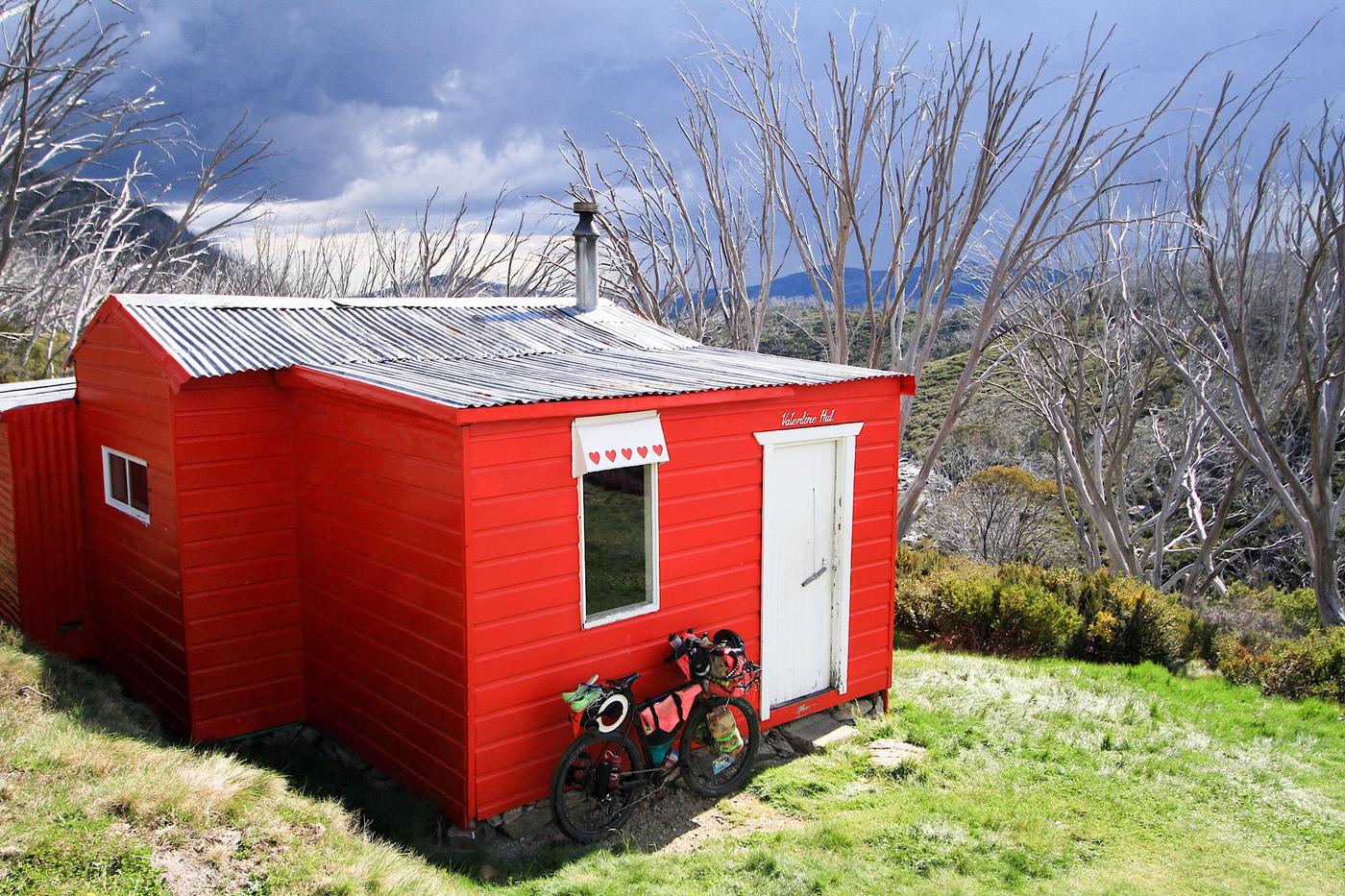 Ten days in I was sharing a small alpine hut with dudes whose muscle to weight ratio was perfection and who were knocking out 200km days, while I had pushed damn hard for 80km days. Huddled in my bivy with an alarm set for 3:15am – I fell asleep to the sounds of their snoring and farting. In the black of early morning, I was once again taking my bike for a walk. Walking zigzags up climbs and running down hills with my bike pulling me like an unruly dog on a leash. 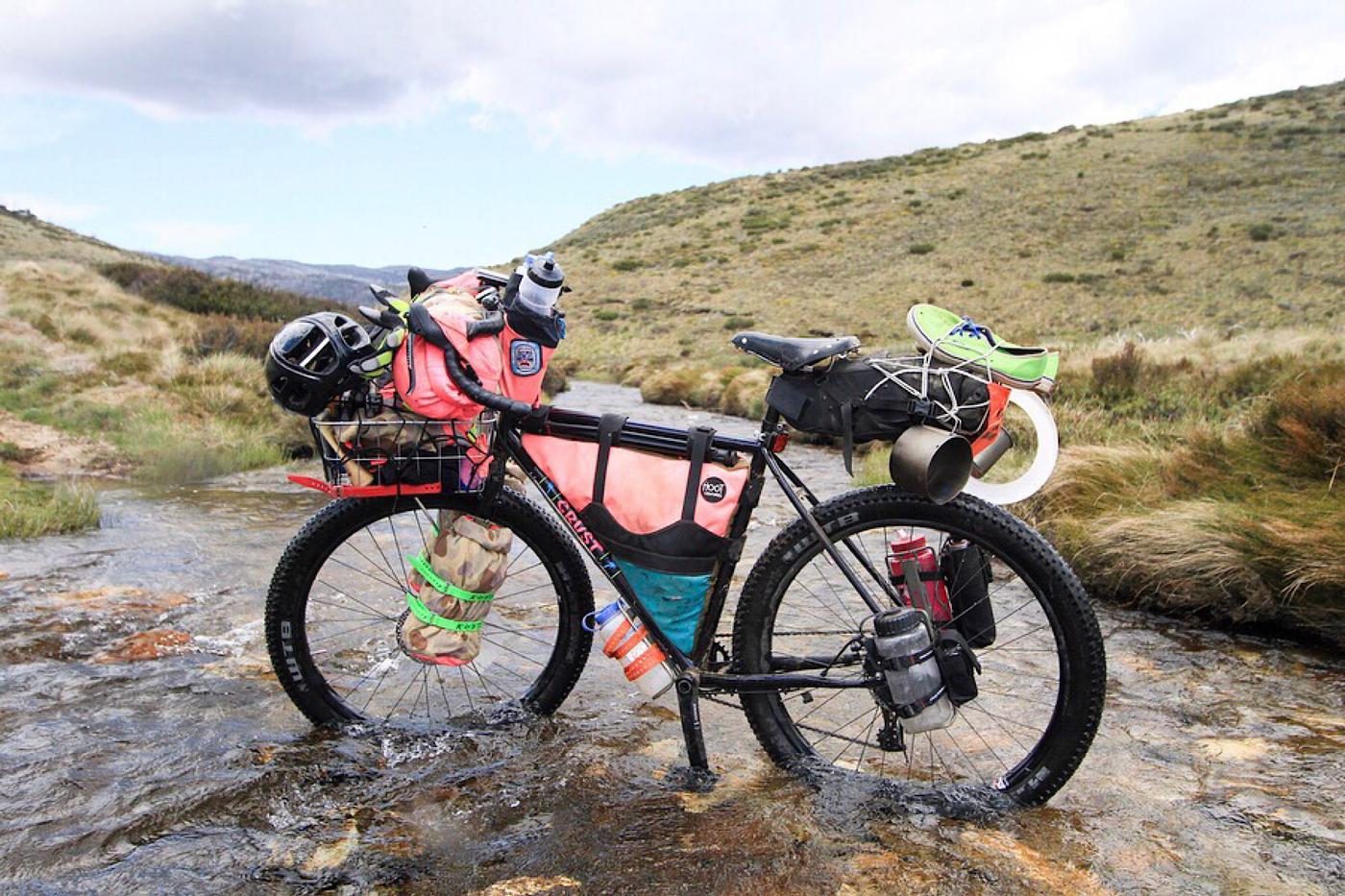 I had sent word for someone to bring me some brake pads when the main crew started, not specifying the need for two sets; I was metal on metal by this stage. I put the set Jason brought me in the front and removed the useless pads in the back. 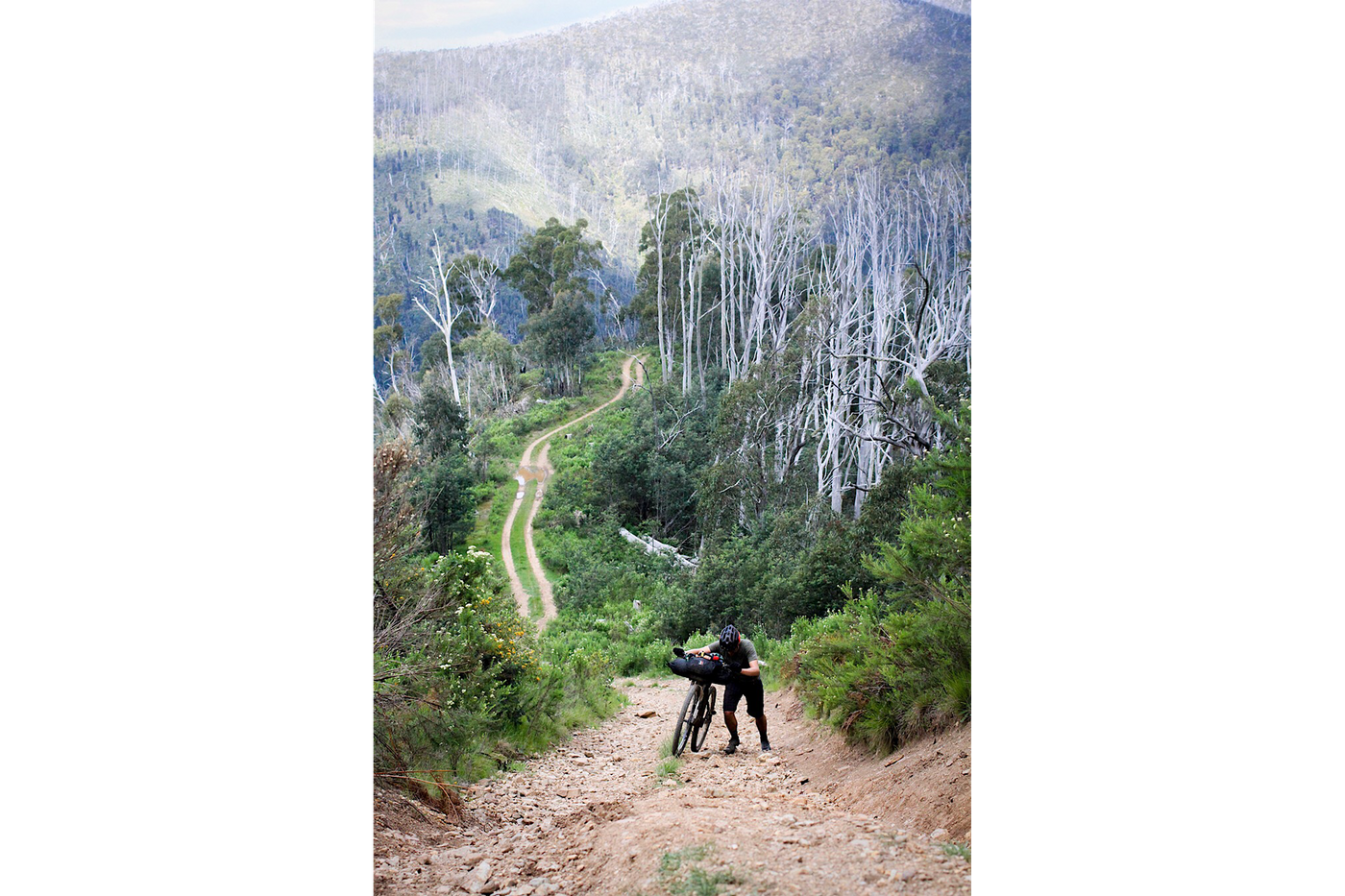 Walking up yet another hill, sweat dripping off every downward pointed angle of my body, the engine I had assumed was a plane overhead turned out to be two 4wds. I pulled to the side to let them pass. The window rolled down. Inside sat two country folk, genuine faces leaning towards the window “you’re the first of your gender we have seen,” the trail angels said whom I now know as Guy and Catherin. 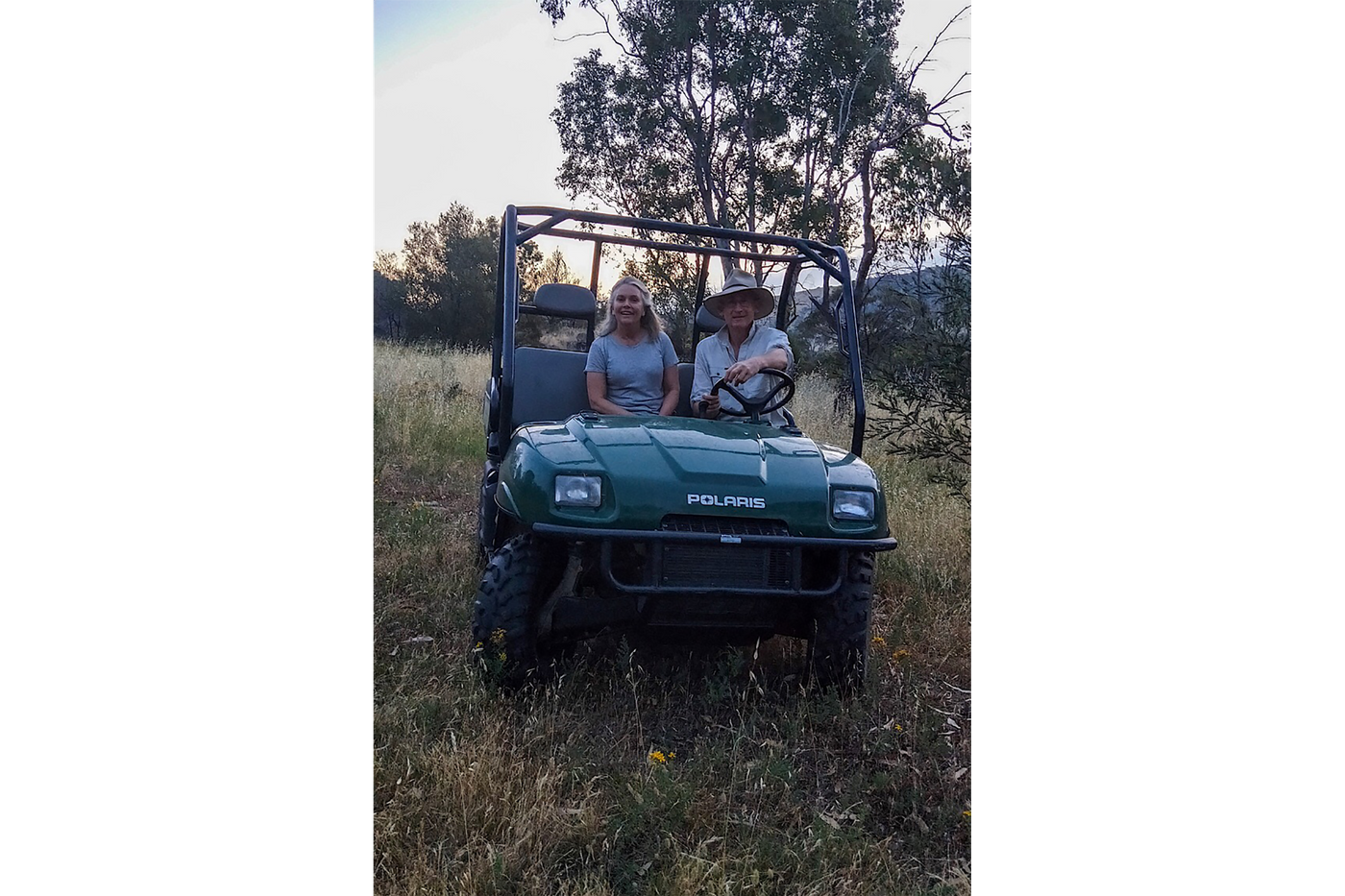 They had just descended the Zeka Spur Track in low range, as the boys hauled ass up the shelves and ruts of the 4wd track. Guy described the pain and exhaustion of their faces. I imagined the guys would have been their darkest hours. I got a little teary and out from the passenger side of the car out jumped a mother to the rescue. I smelt of 5 days of sweat and dust, layers of sticky sunscreen and probably urine – she hugged me anyway. Guy picked up my 40kg bike with ease and put it in the back of the ute, even the wheel turning and squashing his finger in the down tube didn’t affect his composure. Which was when I knew I loved them.

With no speak of any plans other than a café lunch spot in a couple of hours on the way home, they drove me out of the wilderness hitting the brakes to inspect snakes, and picking local eucalyptus leaves to rub in their palms to calm me with the smell. They had been out testing their 4×4 set up in preparation for a year-long African safari. 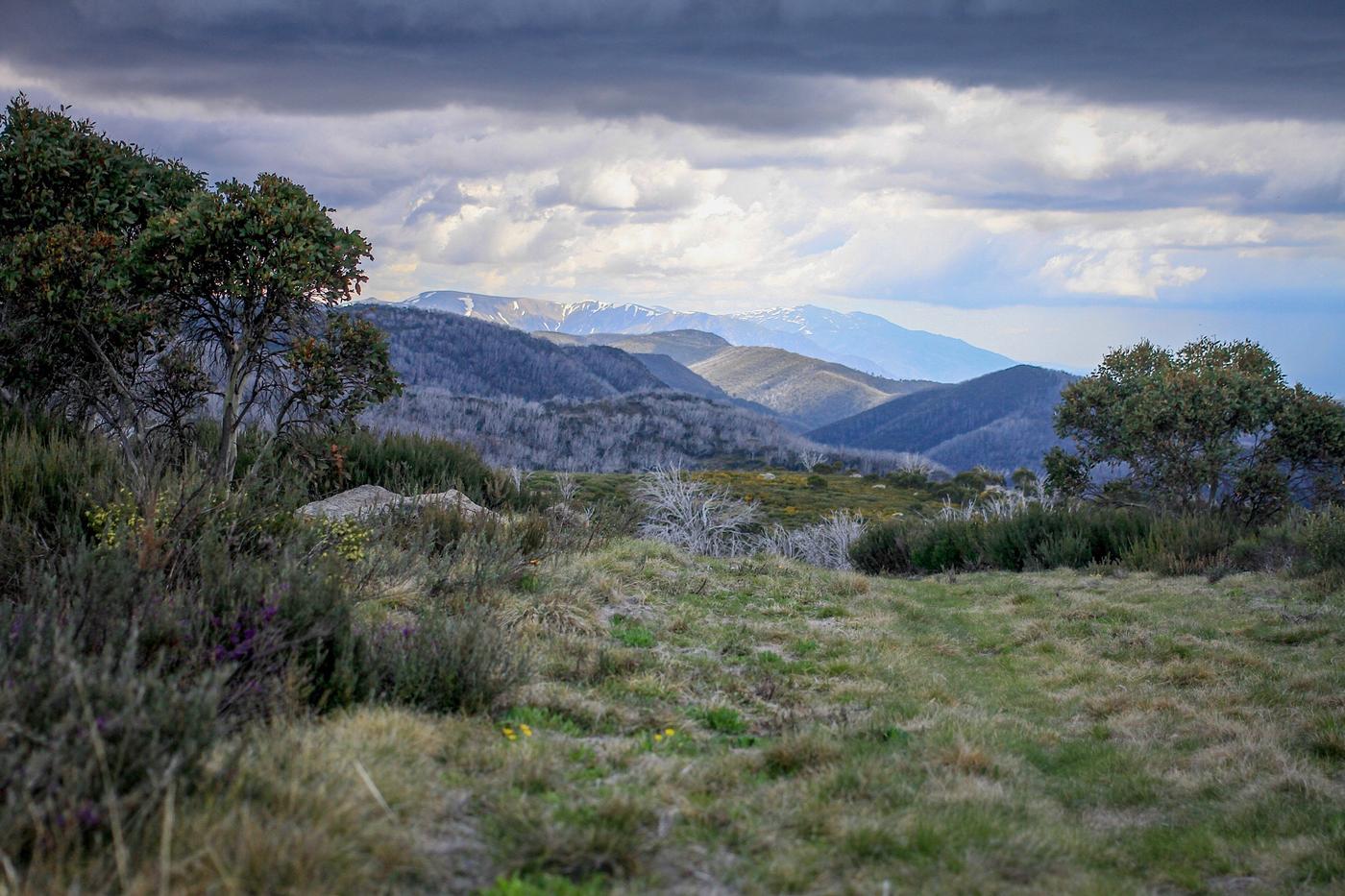 We had endless conversations that flowed into the evening at their historic stone cottage that sat next to a waterfall. After they washed my clothes, left me to nap, fed me, watered me, and loved me like my parents, we spent the evening sitting on the sun-heated rocks by the amber river that flowed through their wildlife sanctuary property in Country Victoria. A comical contrast to where I was 6 hours ago.

The Hunt 1000 has turned into a nemesis for many riders now. From hundreds that have started it, only a handful of them has completed. Having to go to hell and back is what makes this ride worth riding – sometimes when you go to hell, you find angels there.

I am off to visit Guy and Catherine again later this year.