The road to Fitz Roy

When I started this trip through South America almost 3 years ago I had no idea what to expect. My bicycle “touring” experience could all be summed up in a tumultuous three week trip to Perú where I spent half of the time with my head hovering over a toilet while suffering from typhoid and a quick one week trip through Norway that resulted in an emergency room visit with frostbite on my toes that still affects me today. I was working on roughly a 5% success rate. Would I quit my “stable job” of almost ten years only to head off into the Andes all by myself and realize that this just wasn’t my thing? Come crawling back a few weeks later, asking for a do-over? I honestly had no idea and these were extremely realistic possibilities in my mind. All I knew was that I’d regret it if I didn’t try.

Life on the road certainly isn’t for everyone. Not every road or campsite is “EPIC”. Sometimes you’re up all night in the tent, constantly unzipping the door to shoo the mice away who are trying to chew their way into your frame bag. Sometimes you’re sleeping on the edge of the road, hoping a car doesn’t run you over on the one, tiny, flat patch of earth you could manage to pitch the tent on. Sometimes you wake up at 3AM to flashlights pointing at your tent in the deepest depths of the Peruvian Andes and you wonder if this was the time you were going to meet someone with bad intentions. You get sick of eating noodles and stale bread constantly. You meet tons of new people almost every day, but in most cases, you’re saying goodbye forever after a few minutes or, if you’re lucky, days. Sometimes it rains endlessly, everything you own on this earth is soaked, and you know there’s a good chance you’re still days of frigid riding away from dry clothes. 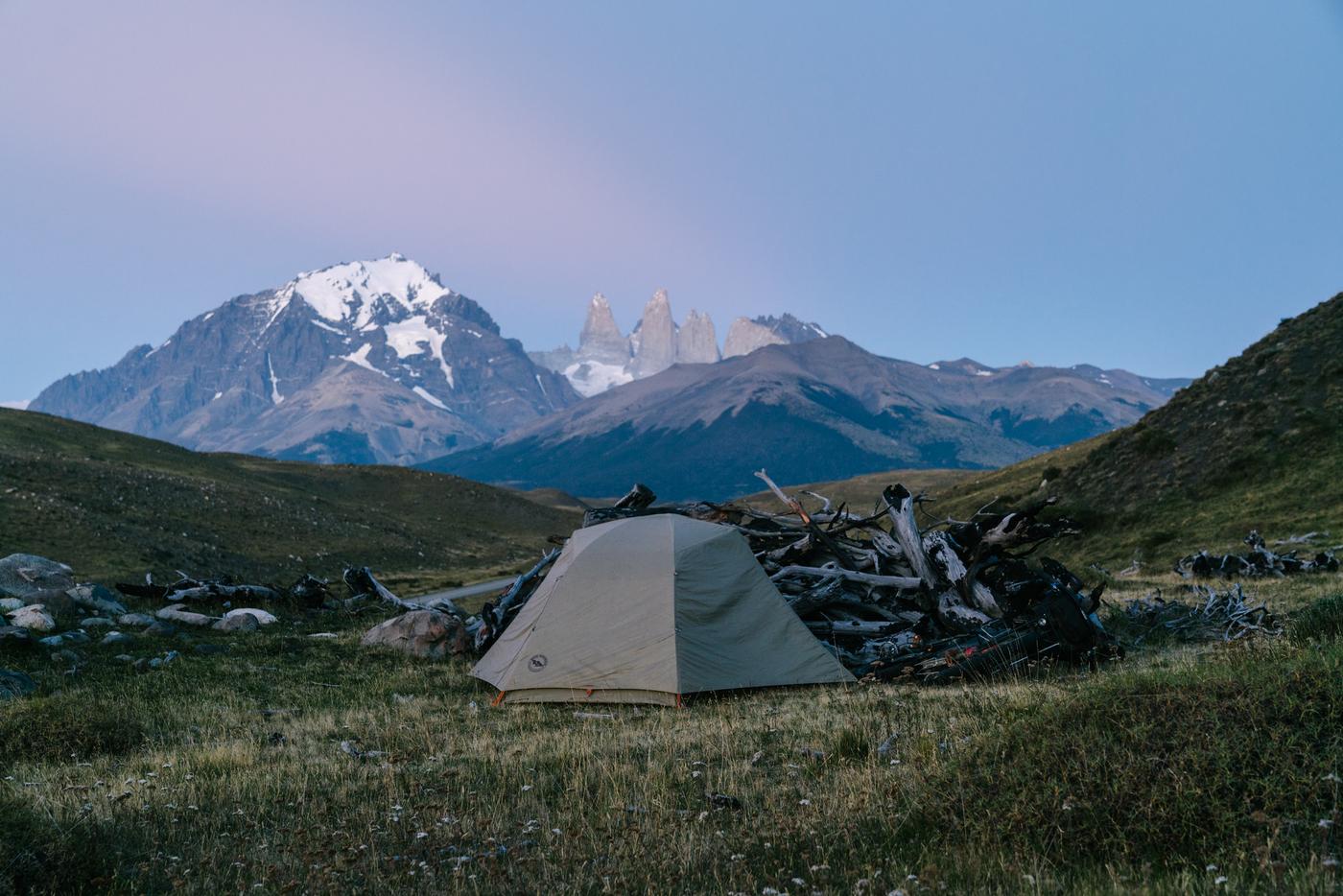 Still, It’s the unknown road the pulls you in. The woman running out of her small home pieced together with stone and clay, with no electricity or running water, just to offer you a plate of boiled potatoes and corn. Meeting the twelve-year-old Bolivian boy who is seeing someone from another country for the first time and can’t contain his excitement. The little restaurant in the middle of nowhere, where the lady insists on turning on the one English TV channel she gets for you and laughs along with the Seinfeld audience even though she doesn’t understand the words. The family who stops their car next to you in the middle of the road and then sticks their baby out of the window and asks if you’ll hold them for a photo. 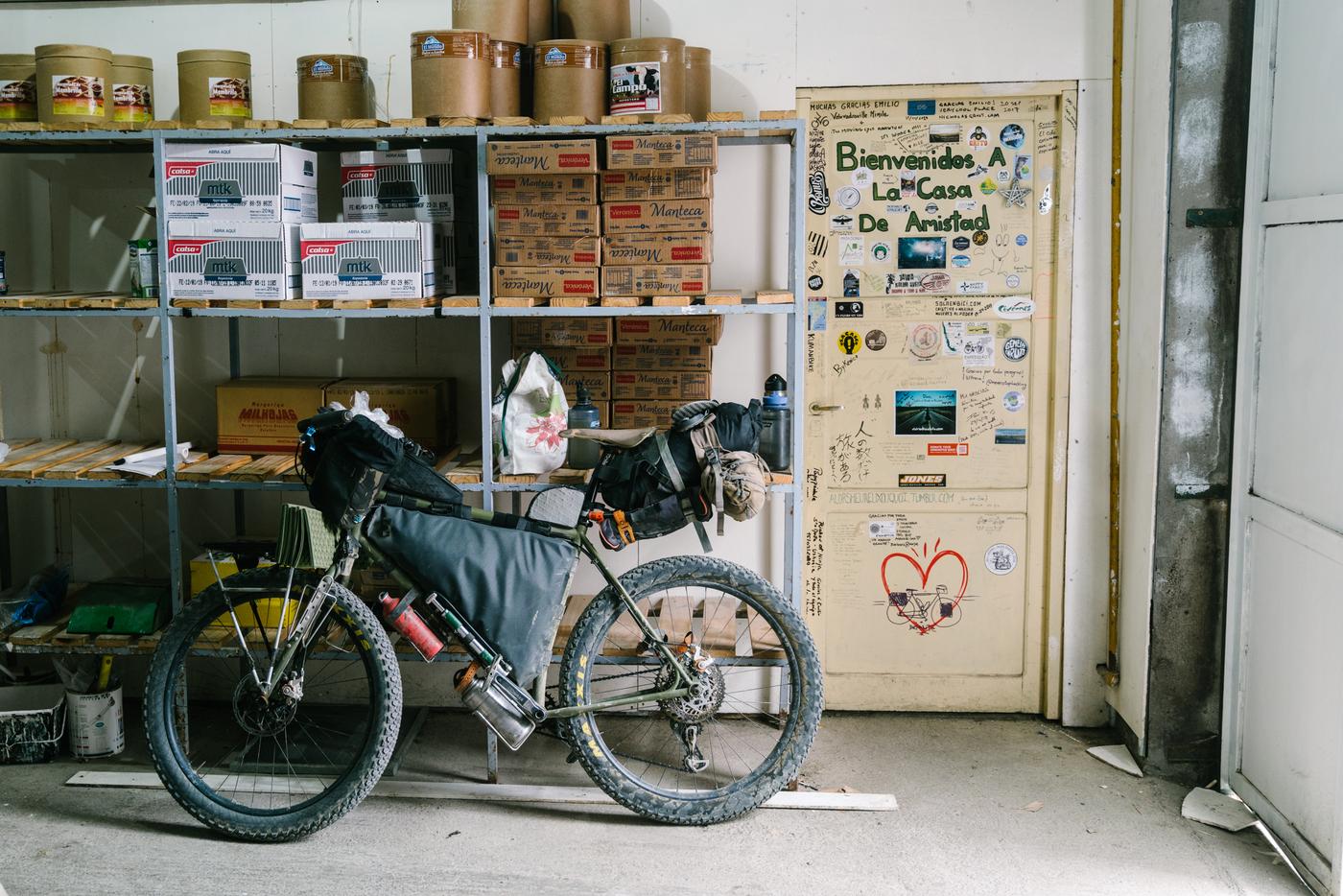 The question I get asked most often from people I meet along the way is, “Why the bicycle?” Aren’t there better ways? Why not take a car, motorcycle, etc?” To put it simply, you’d speed right by that little restaurant in the middle of nowhere. The lady with her plate of potatoes would never have time to run out and wave you down. Sure, you can enjoy a million amazing views from the seat of a car, but the bike gives you an even higher appreciation for all of the beautiful mountain vistas, because you felt every single bit of the effort that it took to get you to the top of that mountain with all of your worldly possessions in tow.  You feel the raw power of a high altitude storm that rolls in and leaves you with no choice but to discover its consequences. The mountain gives you life with the water descending from its snowy peaks. It’s the Freedom. Just find the place on the map you want to go to and make it happen, one pedal stroke at a time. Does it take hours to get there, or weeks? It doesn’t really matter either way. It’s the simplicity of leaving all of the distractions and complications of a “normal” life behind. Ride, Eat, Sleep, Repeat. Life is boiled down to finding enough food and water to get you to the next place you’re trying to go. 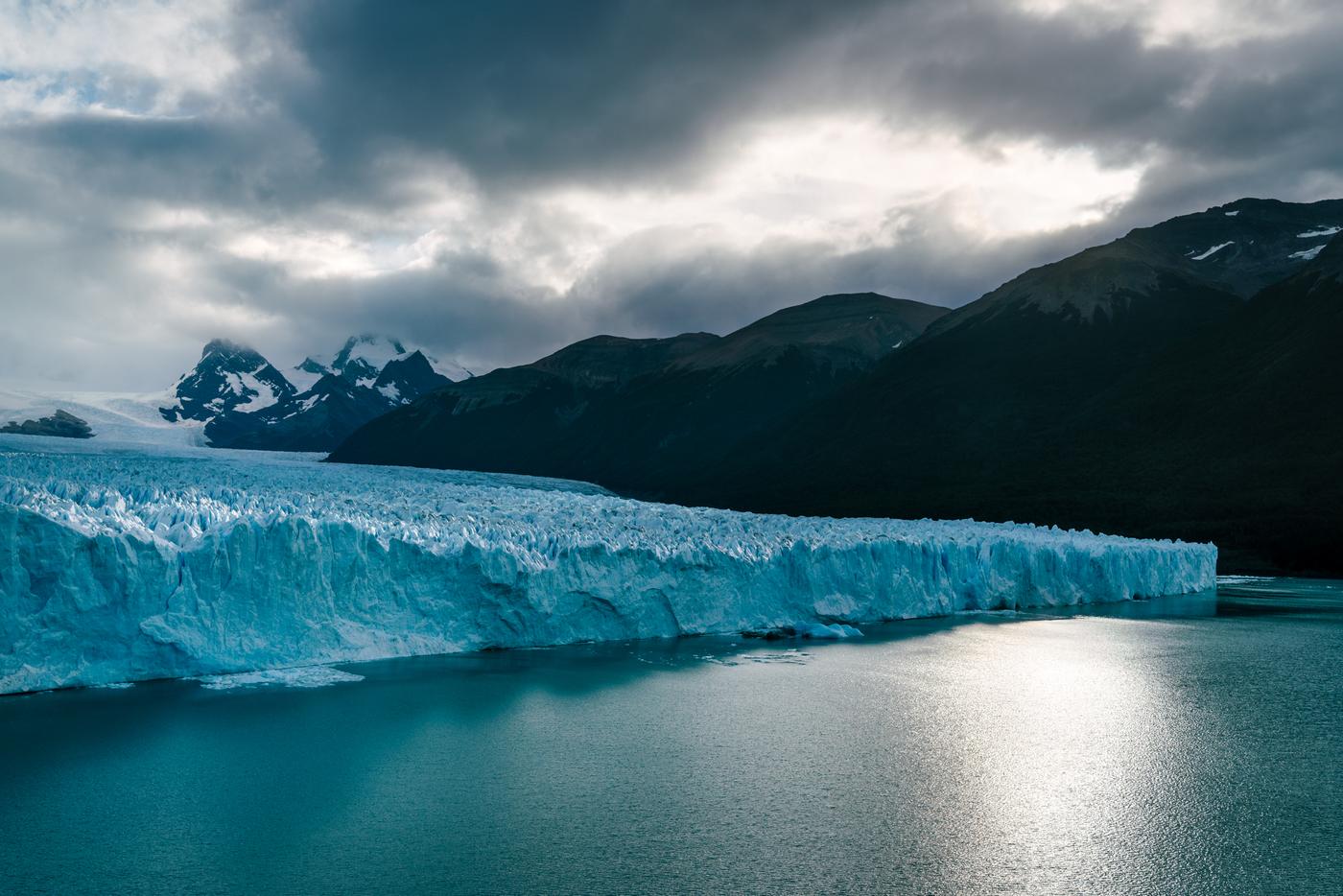 No place in South America allowed me to reflect on the last few years like this part of Southern Patagonia. Torres Del Paine is the unmistakable icon of this zone and one of the primary draws to this part of the planet as a whole. It was a place I had dreamt of pedaling toward for many years before the imposing pillars of rock finally came into my view. Places like this can get overhyped and feel like a letdown when you see them in person, but there’s a good reason people come to the ends of the earth to marvel at this wilderness. There was still one more thing to do before leaving South America, however. Ushuaia is a name that often gets thrown around by long-distance cycle tourists traveling through the Americas. It is a city at the southern end of Tierra Del Fuego and is generally considered the end of the (easily accessible) world, being the largest city this far south. Before the comments section gets to me here, yes, Chile’s Puerto Williams is slightly further south, but the ferry to get there costs a… boatload considering the small strip of riding that is possible. 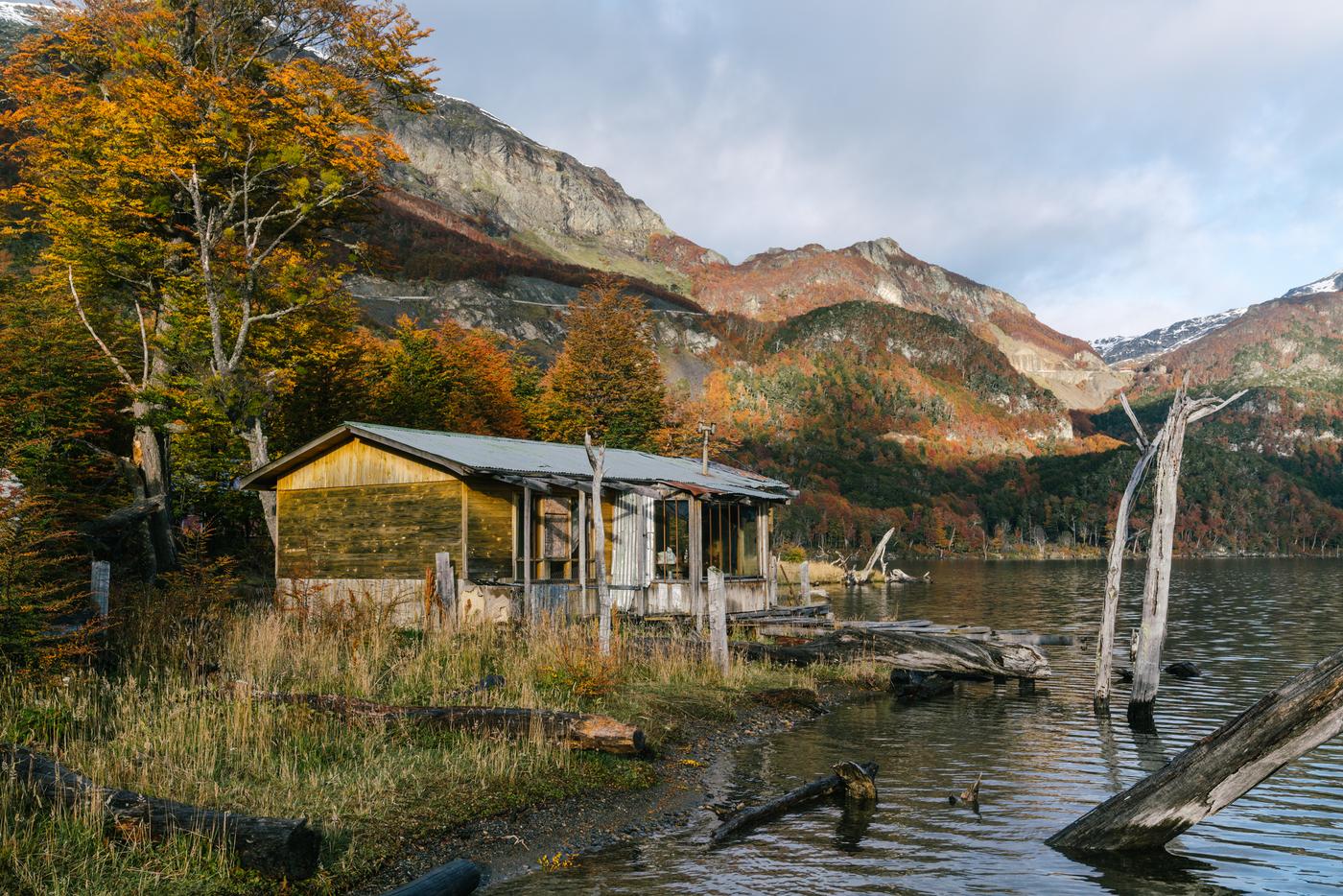 While I had always looked at Ushuaia as the final destination for my trip through the Andes, after running into mechanical issues (which would require shipping parts from across the country), I wasn’t entirely sure it would be worth the time and hassle. Adding in a recently closed-for-winter border crossing meant I’d be looking at significant mileage on the edge of a semi-truck laden highway if the parts ever even managed to make their way down to me. Maybe I just felt the urge to leave that box “un-ticked”. Maybe if I didn’t go to Ushuaia, I could keep that nagging feeling in the back of my head and would be forced to come back to the Andes in the not-too-distant future with goals to still accomplish. Maybe I didn’t want it to end.

With the leaves changing to an autumnal hue and a prime bit of hike-a-biking along a wild section of the southern coast still on the horizon, I just couldn’t find it in myself to leave before the “job” was done, so I fixed up the bike as best as was possible and set off through Tierra del Fuego toward the end of the world. 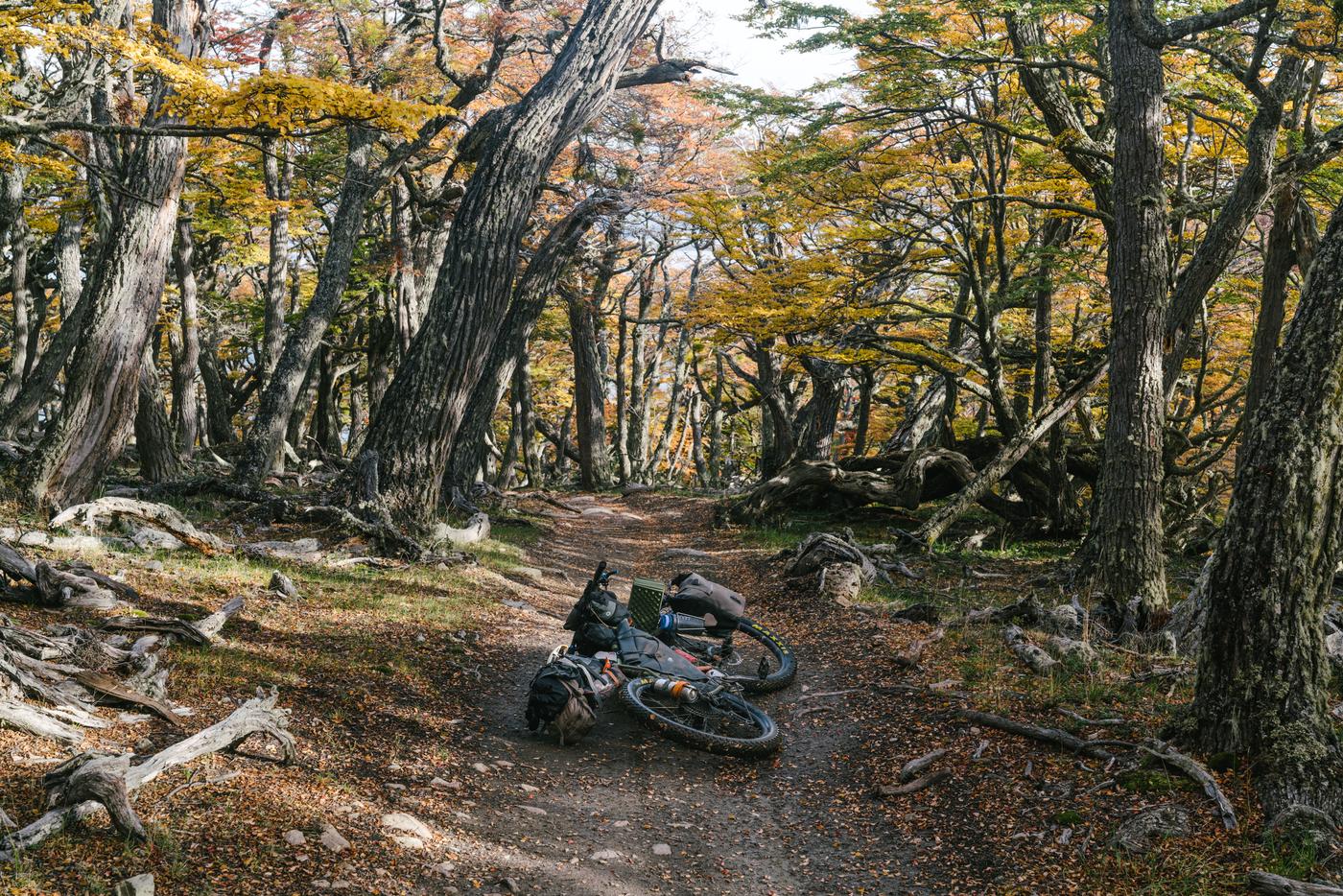 The coastal trail along the Beagle Channel was about as good of an exclamation point at the end of this trip as I could have asked for. Watching humpback whales and seals dance along the coast for hours like they were giving me a private show was something I never expected to see in my time in the Andes. They made the hours of dragging my bike through thorny bushes and muddy trails toward Ushuaia fly by. When that port city at the end of the world finally came into view and the trail slowly disappeared behind me, I couldn’t help but think back to that day in 2016 when I first eyed Ushuaia on the map, with grand plans on my mind… And well, I made it happen, one pedal stroke at a time.