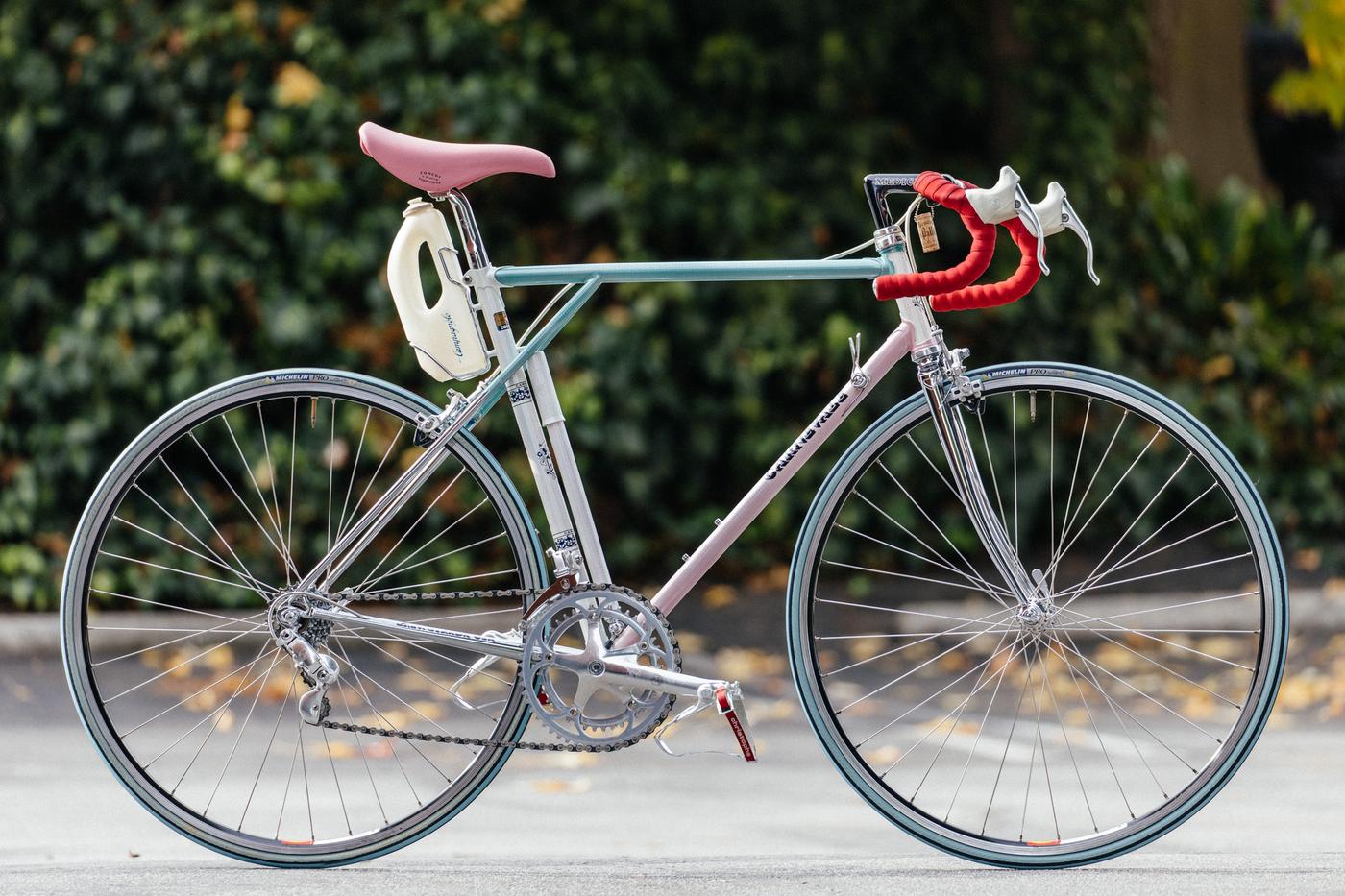 When the current owner, Scott, acquired this bike, he built it up with vintage Campagnolo, with those neat Cobalto calipers, an aero Campagnolo water bottle, and plenty of Medici-branded bits, including a pantographed stem. This era saw a lot of experimentation with bicycle design and that beautiful triple triangle is a stunning example. If you’re wondering what Ralph Carnevale is up to these days, the best information I can find is he now runs a handlebar tape company, called Ciclo Dicuoio.

All week we’ll be featuring some more builds from the Cub House’s third annual Bike Show and Swap.