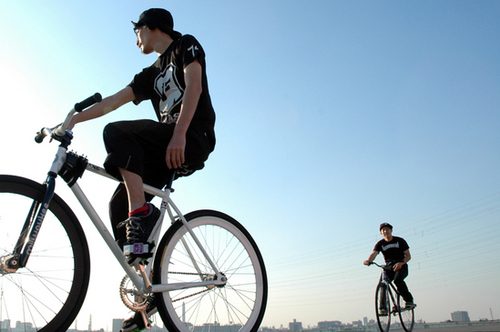 Remember those Alive Athletics watches that were circulating for a little while on the net? They have a sponsored snowboarder / fixed rider named KJO who’s picking up on the fixed freestyle quickly. What does one do in Japan when he needs honor in a new scene? One way is to challenge a well-respected group. That group is the JAN crew.

Kyoichi, Kai and MKM were up to the challenge. Read all about it at the 3Bancho / Hacked / Hardcore 100% Blog. The video is hysterical, even though I have no idea what they’re saying.