Thank you Stumptown for the carrying case!

Still wanna ride? Of course. While the whole adoration of the inevitable clusterfuck or yard-shitting makes for interesting stories, sometimes just appreciating the spectacle that is mother nature’s mood swings merits documentation, regardless of how ethereal tales told on the internet tend to be.

Four hours. We had four hours to ride before the day’s responsibilities would set in for us. Kyle from Golden Saddle and Brian from Brian Vernor Making Blog (heh) wanted to ride Strawberry Peak in the Angeles National Forest. I’ve never been, but was promised picturesque San Gabriel shredding. While Strawberry Peak is strictly XC riding, there are plenty of places for unbalanced placement potentially resulting in catastrophe or consequence. I.e. exposure and lots of rocks. With the launch of Ringtail around the corner, Kyle wanted to get some action shots of the Ringtail jacket as it went from zipped to unzipped in various stages of temperature fluctuation. Veni, vidi, vici. “Camp coffee”, “coffee outside”, and so on ensued as the sun moshed its way through the cliffs, illuminating the road for the commuters down HWY 2. The sound of the Japanese burr grinder being interrupted by the downshift of some clapped out Civic with a grapefruit shooter exhaust tip. 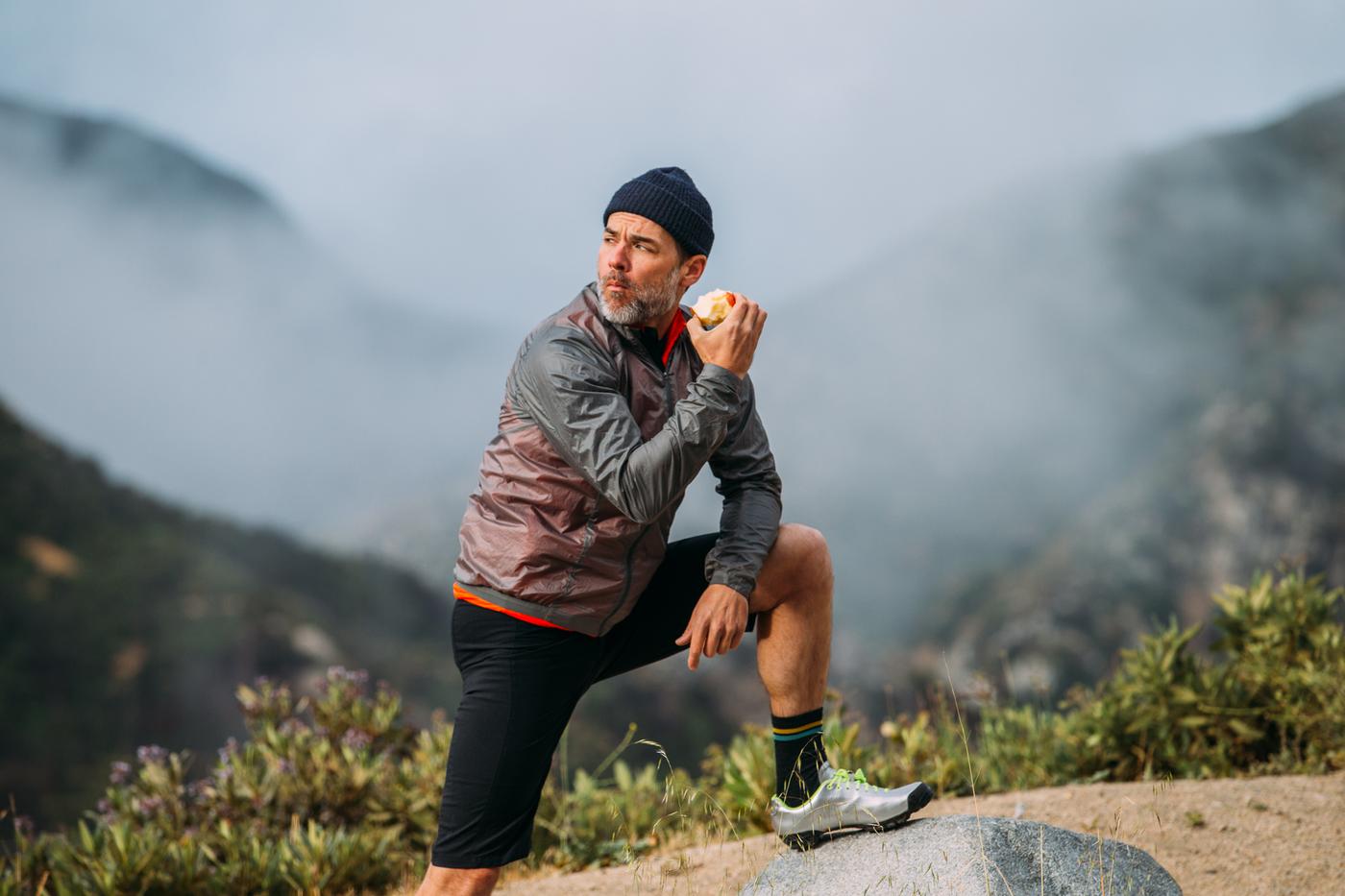 After coffee, some apples and a discussion about warmth and or dryness, we pedaled our way up the fire road, towards that moody Mother Nature and promises of photogenic panoramas which did not disappoint. At the end of the ride, we were all literally soaking wet from disturbing the rain and snow-heavy plants from their slumber. My flannel and merino base layers, soaked. Shoes, soaked. Gloves, soaked. All extremities were freezing. Yet, all we had to do was kick out of the trail, hop onto the 2 and get back to our car. Chattering teeth, frozen tips aside, was it worth it? Of course!

These are some of the favorite photos I’ve ever shot period.

Music notes: Der Blutharsch and The Infinite Church Of The Leading Hand “Today I want to Catch Clouds“