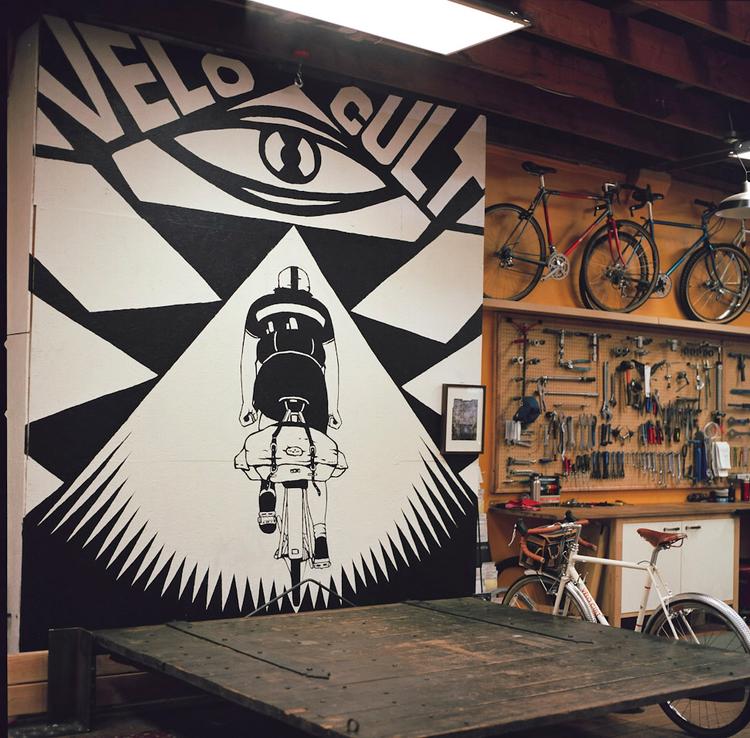 These 120 film photos are from the archives, when I visited @VeloCult in 2012

It pains me to post this. Every time we lose a great bike shop, the community suffers and the IBD suffers. It’s scary to witness it happening at such an alarming rate, especially since we really do need bike shops who give a damn. I can’t weigh in too much since I haven’t been to Velo Cult in a few years, but I can say that I wish I would have stopped by earlier this month, instead I figured I’d roll through when I was back in October, to spend some quality time there, rather than drop in, strapped for time.

Writing about this is hard, so maybe the best thing is to leave it with the official statement and a reminder that you, the consumer, won’t realize what you’ve got until it’s gone. Support your local bike shop when you can and hopefully shops can adapt to this changing market and economy. To Sky and the team at Velo Cult, I wish you the best of luck with your online shop.

Read the full press-release below… 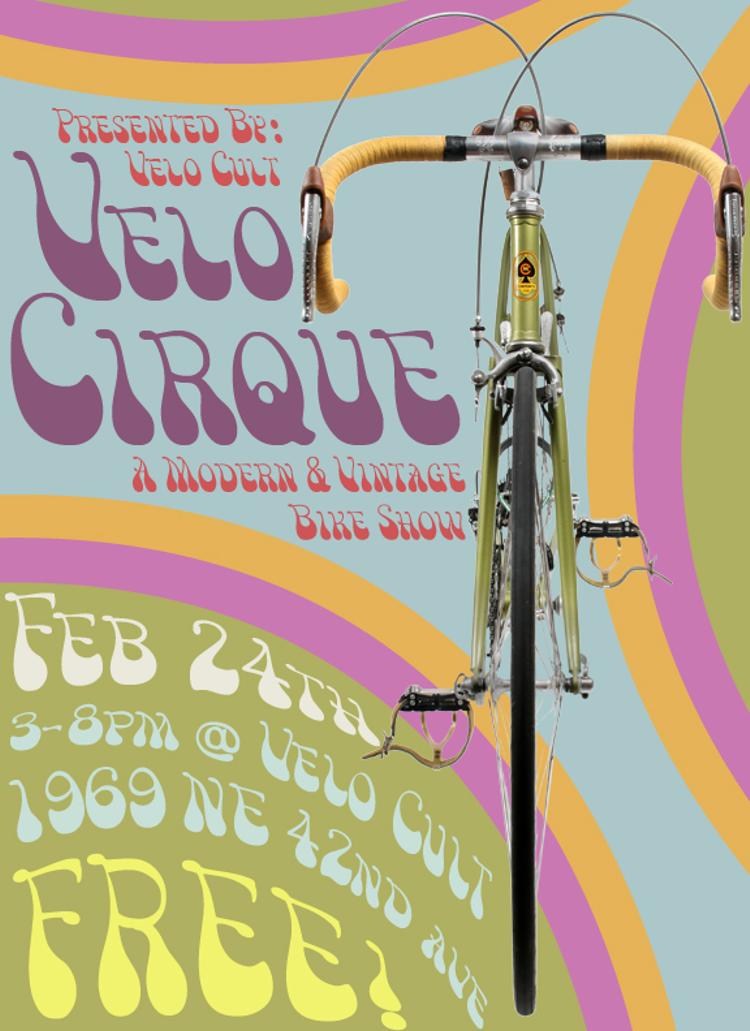 Velo Cult is hosting Velo Cirque today at their shop in Portland. The fun begins at 3pm and goes until 8pm, today! Head to Velo Cult to be a part of the fun. This is a free event. This week at Velo Cult!

Portland FAT FANS, Come hang with Chris Chance and the Fat Chance Team on June 8th; we’d love to see you. Stop by for a beer, meet Chris, check out some of our new bikes including the Chris Cross and Yo Eddy 2.2, and celebrate all things FAT! Hosted by our friends at Velo Cult (and their awesome collection of vintage Fats) 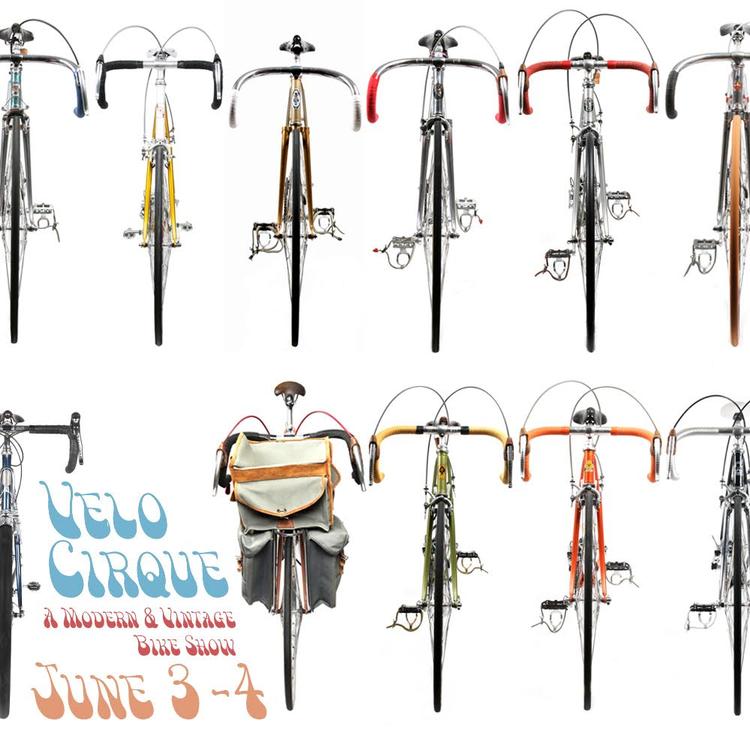 This will be a good time for sure. Wish I could be there, and I hope you can make it, Portland! 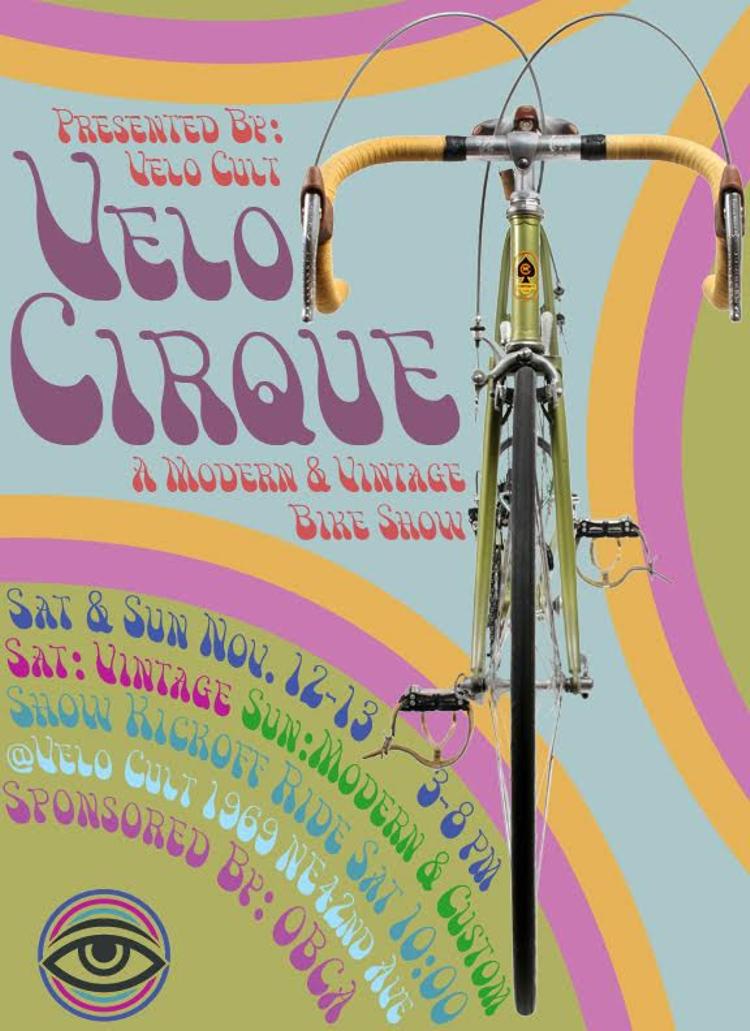 Got a fancy custom bike? Bring it on down to Velo Cult in Portland this weekend for the Velo Cirque: Modern & Vintage Bike Show. The show will go on Saturday, which features vintage custom bikes before 1990 and Sunday, which feature any custom bike from 3pm – 8pm with a 10am vintage ride on Saturday before the show. It’ll cost you $5 to attend the show, unless you’re bringing a bike to display. Along with vintage bikes, featured builders will include Breadwinner, Belladonna, Littleford, Ti Cycles, Norther, and many more! 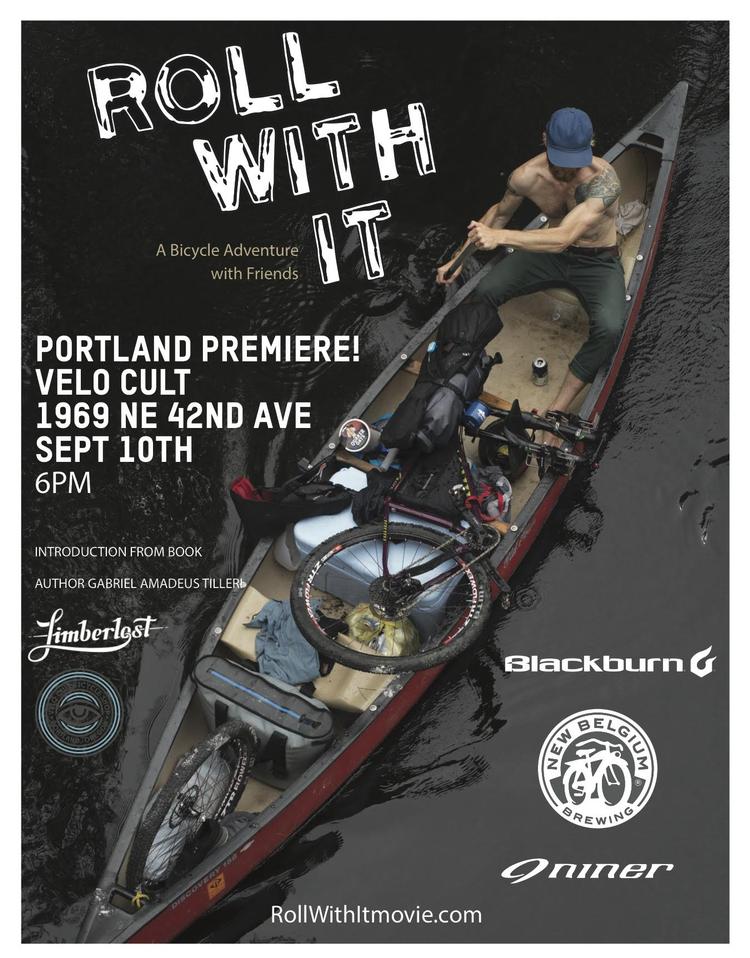 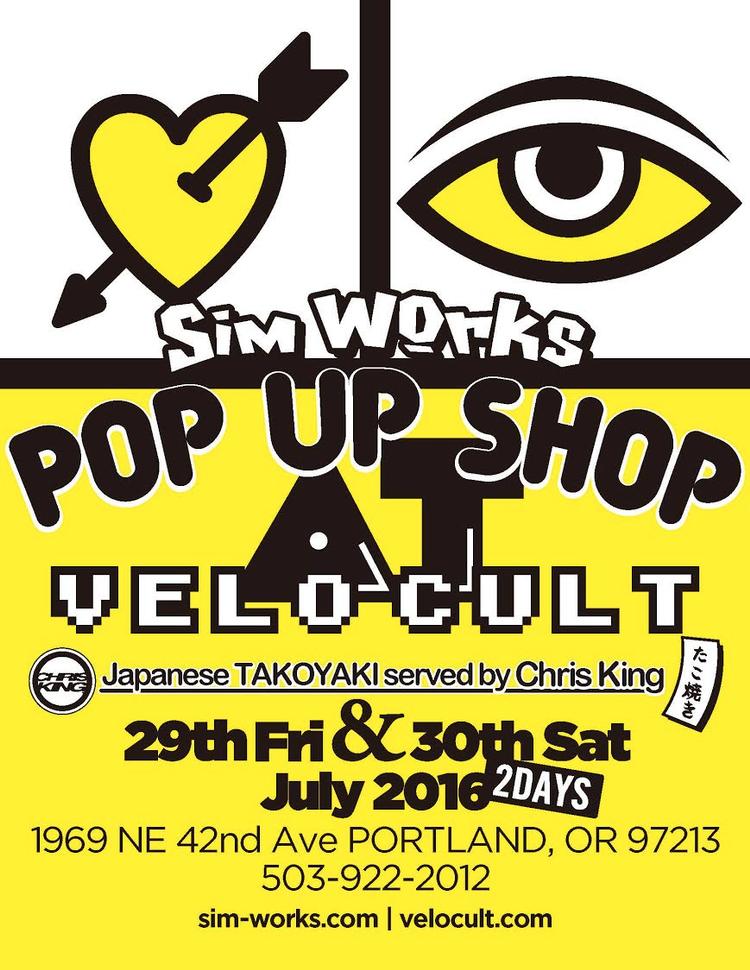 If you’ve ever wanted to see Sim Works product in person before making the commitment to buy, now’s your chance. This Friday, July 29th, Sim Works is opening a pop-up at Velocult in Portland. The shop will be open Friday and Saturday, so make sure you swing by to check it out. 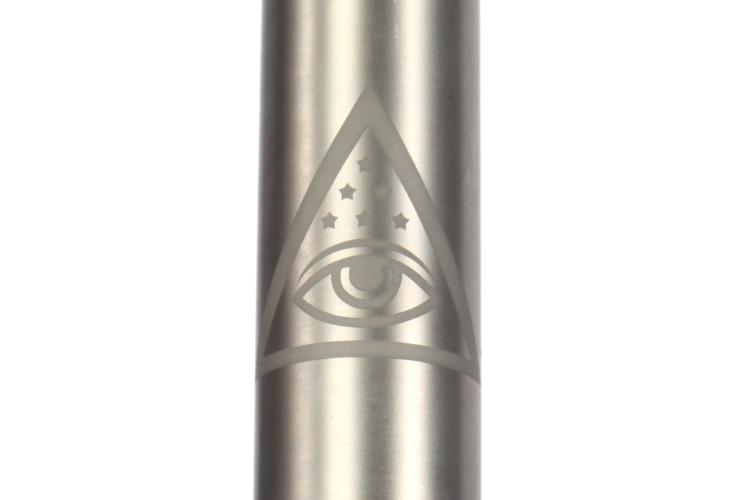 New for 2016, long-time supporter of US framebuilders, Velo Cult announced their new Custom Program. This initiative launched with two flagship models: a steel Mark Nobilette randonneur and a custom Mosaic frameset. One, inspired by vintage lines and the other a modern day precision machine, crafted from steel or titanium. You could say that there’s something for everyone in there…

See more at Velo Cult and check out some beautiful detail photos below!

I can’t help it. I love touring bikes with big, fat, high volume tires and funky stances. This project in particular was born from the mind and abilities of three important individuals, residing in the Portland area under the Velo Cult Customs umbrella.

This Ahearne Dirt Tourer is a collaboration between three people: Sky from Velo Cult, Chris Igleheart and Ahearne. We’ll start with the most obvious hand: Chris Igleheart‘s segmented fork, which is complimented by the Ahearne rack and frameset. These bikes are 100% custom, can be built with 26″ or 27.5″ wheels, have an optional upgrade of Honjo 90mm Fenders and are rugged enough for even the toughest dirt touring and bikepacking expeditions. One of my favorite details are the braze-ons hidden below the top tube for a strapless bag install.

This is the first in a series of Velo Cult Customs, the line will grow to include road, randonneur, cross and a gravel racer in the coming months.

One of our favorite shops in the Pacific Northwest has a new cycling cap in stock. Made by Double Darn in Portland, these caps feature the new Velo Cult logo and come in two sizes, medium or large. In stock now at Velo Cult. If you’re in Portland, swing through Velo Cult this Saturday for the screening of Comes with Baggage between 7-10 PM.

There will be a raffle from Velo Cult and Blackburn Design along with a bikepacking Q&A from Limberlost.

Joseph Ahearne‘s bikes, like Curtis Inglis’ bikes, have always piqued my interest. There’s something honest, yet artistic about his designs. He’s not afraid to use a 1″ threaded steerer, curvalicious racks, or yes, a kickstand (Hey, made my job easier!)

This Ahearne Cycles 27.5 dirt tourer is currently parked in Velo Cult and it’s a glimpse into the future for what’s to come from the two brands. Velo Cult loves this bike so much, that they’re going to work with Joseph to develop a 26+ and a 27.5 dirt tourer production version. It’ll have many of the same features, but be a bit simplified to bring the pricepoint down.

When a bike like this happens to be your size, you take it for a long ride around the block to photograph it… As stated, this particular model (which fits like a 58cm) is for sale at Velo Cult and a new production version is on the way. Holler at the guys if you’re interested in purchasing either.

Last night’s party at Velo Cult was a blast. With events like the Gorge Roubaix in town, people came from all over the Pacific northwest to hang out, see the Santa Cruz Stigmata, chat photos, drink beer, eat delicious food, ogle vintage bikes and to see the new Domestic Display Tables.

Chris Diminno from the Chris King Gourmet Century was there, preparing a delicious spread of cured meats, cheeses and other nibble bits from Olympic Provisions. We packed the house out until late and before it got too out of hand, I slipped out to get a good night’s rest…

Check out some photos from the event in the Gallery and thanks to everyone that came out!

It’s been a while, Portland. I’ll be in your city later this week for an evening with Santa Cruz Bicycles at Velo Cult and I’d like you to come. Here are the details:

TONIGHT, March 28th 7PM at Velo Cult, join us as we welcome Santa Cruz Bicycles and The Radavist for a photo show, spotlighting their recent adventures in New Zealand on the new Stigmata cyclocross bike. We will also be unveiling our Domestic Display Tables, showing something special from Limberlost, serving drinks and have snacks provided by Chris King Buzz’s food wing #gourmetcenturyevents. Come party with us!

Eric from Winter Bicycles‘ newest bike to roll out from his shop is this gorgeous touring / randonee bike. The Quiscale is an all-rounder, meant for exploration, touring and is perfect for a daily rider. This frameset features thin lugs with accented window cuts and is built from traditional, classic diameter tubing. Accompanied by internally-routed lighting, fenders, custom racks – with removable low-riders – and specially-made RuthWorks bags.

The parts group is nothing short of choice with White Industries, Paul, Cane Creek and Shimano Ultegra, yet one of the cleanest details is the “French point” winter stem with bell mount.

The Quiscale’s class is elevated by Keith Anderson’s impeccable paint. See more at the Winter Flickr. 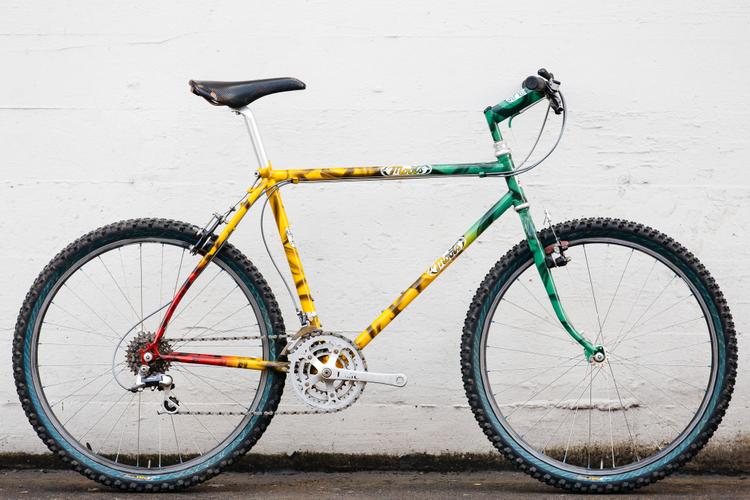 Sky at Velo Cult has the full scoop on how this bike came to be, but I’ll do my best at paraphrasing.

Back in 1988, Chris Kostman was in the throes of the Race Across America, when his mechanics stopped at a little shop called Sore Saddle Cyclery in Steamboat Springs, CO. Inside, there was a frame builder named Kent Eriksen who spent his time crafting Moots bicycles.

Later, Eriksen made Kostman this 1989 Moots Zerkel – originally in a zebra stripe paint, which Chris didn’t like, so he recoated it in a crazy “rasta” paint job. It was built for Chris to race Iditabike and later, to take a crack at the first-ever 24 Hour Mountain Bike World Record.

Built with full Ritchey Logic components and American Classic hubs, it’s like a specimen from an almost forgotten age. The double fork ends, “gator jaw” gussets, custom stem and insane chainstays make this a truly unique shred sled. Look, this thing is insane and if you’re into the full, in-depth story, you should head to Velo Cult to read it all!

I went over the top documenting this one…

Vacations, holidays, or just plain breaks. We all need them and regardless to how fun you may think this job is, it’s a lot of work. Like, I’ve worked for 8 years in architecture and I thought that was a lot of work. No way. Traveling, shooting photos, maintaining this site, is all work and once a year, I like to take a break.

Granted, the very fact that I’m writing a post today, on the first day of our West Coast Best Coast trip, contradicts the notion of a true “holiday”, but hey, I can’t just leave the site alone for a week!

Lauren and I have been apart a lot this year, she’s been kicking ass in Myanmar doing design research and I’ve been jet-setting around the globe attending various events. So when we had a week or two open in our schedules, I planned a trip.

The general idea was fly into Portland, spend a few days there and then dip down to LA along the Pacific Coast Highway, aka PCH.

For those of you who aren’t familiar with this route, I rode it a few years back on my touring bike, albeit a bit later in the year. In August, it’s a haven for people in the US and around the world, leaving camp sites, hotels, everything booked out for months, making it difficult to plan anything.

Luckily, I’m not a big fan of plans and I have a pretty good idea of where to go, what to see and how long to spend in each place.

The only planning I did was our vehicle. I’ve been wanting either a mid 80’s – mid 90’s Toyota 4×4 4 cylinder pickup since moving to Texas and getting back into mountain biking. Trucks in Texas are crazy expensive and so I extended my search to the west coast, where I found a pretty good deal on a ’96 Tacoma.

It’s red, has a 3″ lift, camper shell and it needs a name. More on that later. Best news is, it runs and will be our vehicle for this trip and hopefully many others.

Yesterday, we did the tourist thing in Portland. Went to a few shops, met friends and took it easy.

It was a perfect day to begin our West Coast Best Coast trip!