As a frame builder, Ian Sutton of Icarus Frames has built many people their dream bikes. Road, track, cross, touring, light-touring and even a few mountain bikes. Most recently, he’s been building a lot of lightweight road frames with modern tubesets like True Temper’s S3.

Paired with Columbus’ oversized stays, Ian got to work on his own S3 frame. Since he doesn’t often build with this tubeset, he wanted to try it out for himself before recommending it to any customer for their own frame.

When he finished the frame, it went off to Circle A for paint and the locals here in Austin pitched in for some parts so he could get it rolling. Thanks to David from Nelo’s and Chris from Mellow Johnny’s for putting this bike together for Ian!

To top it off, Josh from Sparse sent Ian a set of lights to match.

Ian and I joked about hating our long head tubes, but that’s what we ride and for this being such a tall bike, I think it looks extremely well balanced. Now if I can just get him out into the hills! 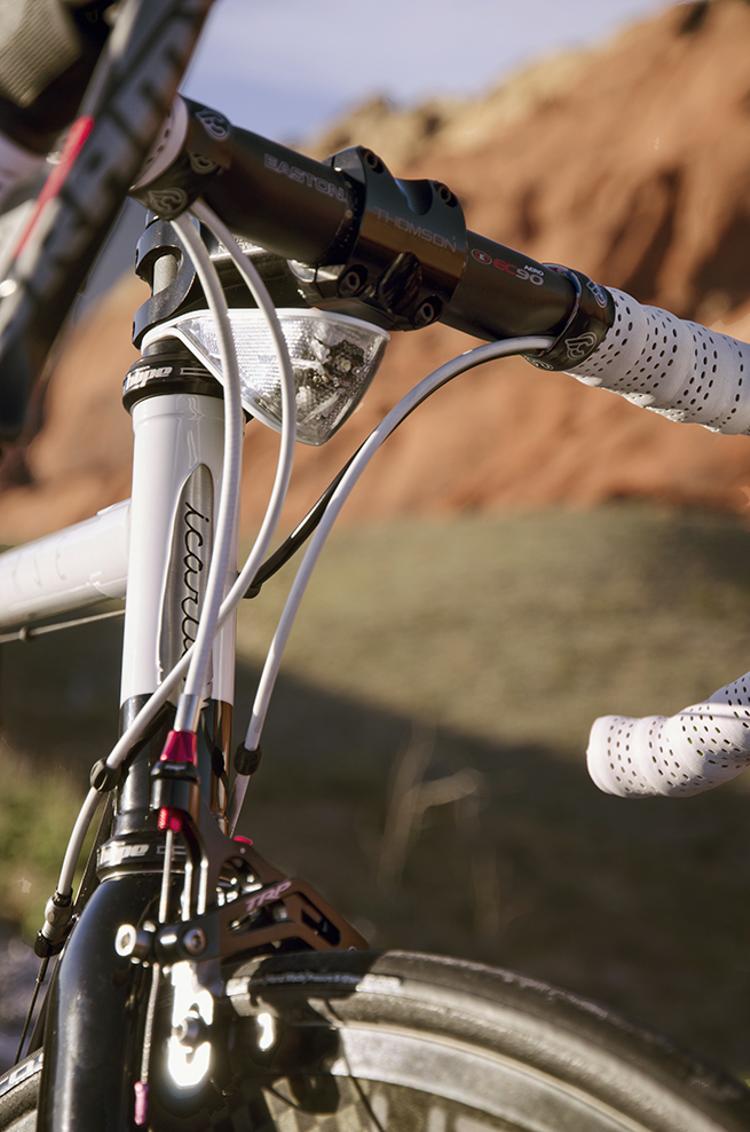 Ian Sutton of Icarus Frames is no stranger to uniquely-constructed bicycles. His Leviathan is still, to this day, one of my favorite concept bikes I’ve seen. When Josh from Sparse lights contacted Ian about doing a fillet steel and carbon tubed road bike, Ian took the challenge… and the result is amazing. After fillet brazing the sleeves and shaping the ends, he bonded ENVE carbon tubes to complete the frame.

The final result was painted by Brian Meyers at Fresh Frame, with Sparse branding and fit with Mad Fibre wheels. Personally, I think it’s one of the most unique frames to come from Ian since the Leviathan… See for yourself in the Gallery!