Rather than jumble up the guide to surviving cyclocross nationals up with event fliers, I’ll just make an event and party flier dump, beginning with the Crash Nationals event flier. Pay close attention to the details. We’re expecting a large crowd, so don’t miss out on the fun. All-City is giving a Macho Disc away and we’ll be DJ’ing the after party at Yellow Jacket.

Got an event you’re throwing? Share it with me and I’ll add to this post… Do so ASAP!

The Mission Workshop Valencia Street store is now open. Join us December 5th (6-11pm) for the first party in the new space. On display will be an exclusive preview of the F/W 2014 Advanced Projects outerwear and ACRE series apparel. Beer provided by Fort Point Beer Co.

Hey Minneapolis, make sure you head over to the new Chrome space this weekend for the official opening party and give my girl Amanda a high-five!

Let’s do this! See ya there!

Hey Portland, I’d be honored to have you come out to this opening party with AWOL and Poler. I’ll bring the bourbon!

Read the full press-release below.

This weekend is the 2014 All City Championships and I am gutted that I won’t be able to attend. Last year’s event was so much fun and if you can, spend a few extra days hanging in Minneapolis, it’s such a rad city!

See more at Bike Jerks and the All City Championships FB page.

Don’t forget to flip through the “Related” articles on your left.

Parties. That’s what Minneapolis is all about come the summer months and I’m not talking about the “take over the bar with 20 of your friends and sing happy birthday” kind of celebration. What partying is, to me anyway, is grabbing a case of beer or a bottle, booking around town, hitting trails, sitting in a park and taking a dive in a body of water, nude, after the sun has gone down.

In the midwest, that’s the way of life come the Summer Solstice and in Minneapolis, the All City Championships mark the height of such activities…

Search and State has printed out hundreds of on-the-road photos from Joseph’s trek out West to deliver a jersey to GSC. It’s going to be one hell of a party, so swing through TONIGHT!

It’s that time of year! The winter cold has thawed and everyone is out on their bikes…

“Tallinn Bicycle Week and Tour d’ÖÖ group rides are activities brought to life by a circle of bicycle aficionados in order to bring different bike lovers together, grow ‘the pack’ of cyclists on the streets of Estonian cities and honor the bicycle as one of the greatest thought and action inspiring mechanisms ever invented. TBW is celebrating the cycling culture as a whole.”

If there was anyway I could be there, I would be! Search and State‘s NYC to LA trip looks like it’s been completely insane. Rider Joseph Holway has ridden for the past 20, some-odd days from the SAS factory in New York to Los Angeles to deliver a jersey. It’s a wild concept that has my interest piqued.

Los Angeles, head to GSC on the 1st of July and welcome Joseph, LA style. Get that man a drink and take him to Smoggy! 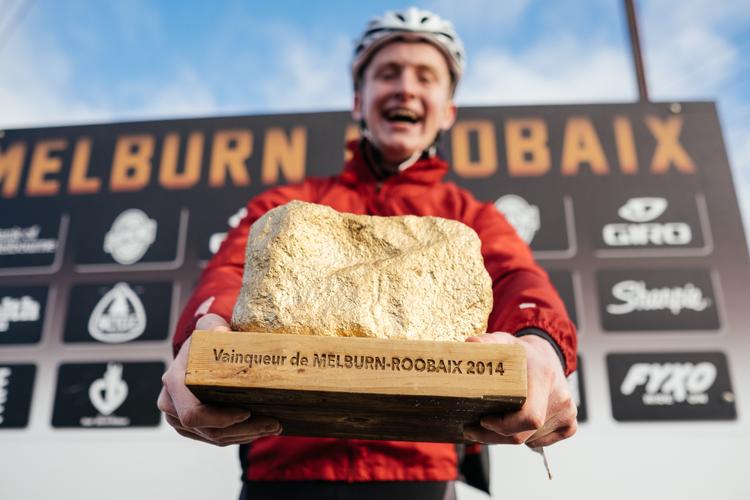 There are enough competitive races, or rides that look like races in the world and the Melburn Roobaix is not one of those events. Instead, Andy and Melody White from FYXO aim to bring people together, from all “rolls of life” to take a leisurely spin around Melbourne’s many cobbled back-alleys and bike paths. I.e. off the beaten bike path…

With over 2,000 registrants this year, planning was essential. Rider registration the day of was streamlined, there were now two route options, with over 40 variations for completion and yes, plenty of prizes, all of which were drawn from a lottery. It didn’t matter how fast or slow you completed your manifest, as long as you did so, you were eligible for prizes.

So… what is the Melburn Roobaix all about? I don’t know how to answer that, other than it’s all about the participants. There’s no overwhelming demographic, not one specific type of bike reigned supreme. Rather, a broad sampling of the Melbourne cycling community attends each year. Commuters, ex-racers, current racers, weekend bike path warriors, enthusiasts, cool kids, kinda cool kids, first-timers, partygoers, costumed freaks, costumed geeks, and yes, even people on Melbourne’s rentable city bikes.

I have to say, after spending over six hours in the rain, following meandering packs of people wearing soaking wet costumes, looking for cobbled alleys, I’m convinced this is truly one of the most down to Earth events in the world. Everyone was more than stoked to ride around in the pissing rain, into headwinds and without a care in the world. The people are what make it so much fun and this Gallery is dedicated to just that: the people of the 2014 Melburn Roobaix.

Many, many, many thanks to the people of Melbourne (particularly the patient drivers), the crew from Brisbane / Queensland I rolled with, the volunteers, vendors, and FYXO for making this such an enjoyable event!

Now if I can just figure out why all “Roubaix-themed” events wreak havoc on my camera gear!

That’s right, BFF NYC is kicking off tonight. head over to the Bicycle Film Festival for program information and ticket purchasing.

Tomorrow I’m heading out for another dose of Australia to document the Melburn Roobaix for FYXO. I know there are a bunch of events happening while I’m there, like this party and other rides, so if you’re planning on being in Melbourne, I’ll see ya there.

I’ll have plenty of products with me to hand out, so don’t be shy (of course you won’t be, you’re Australian)…