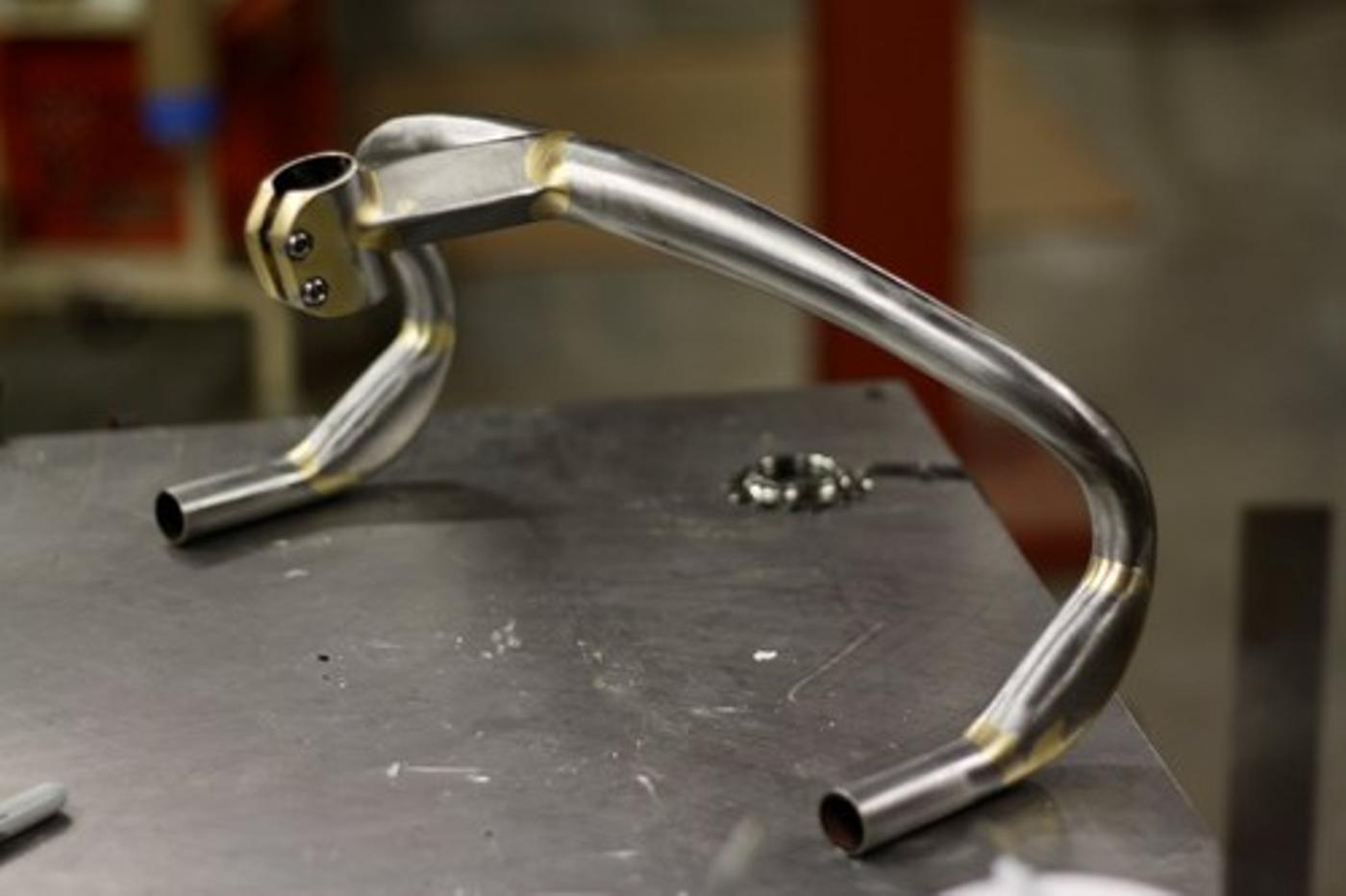 Aaron from Six-Eleven Bicycle Co. put together a rather nice prize for next weekend’s VeloCity tour in Chicago. If you recall Aaron’s NAHBS bike, you’ll recognize some of the same details on these ergo bars. Head on over to Hipster Nascar to see more information. Bars look awesome Aaron! Good job man!