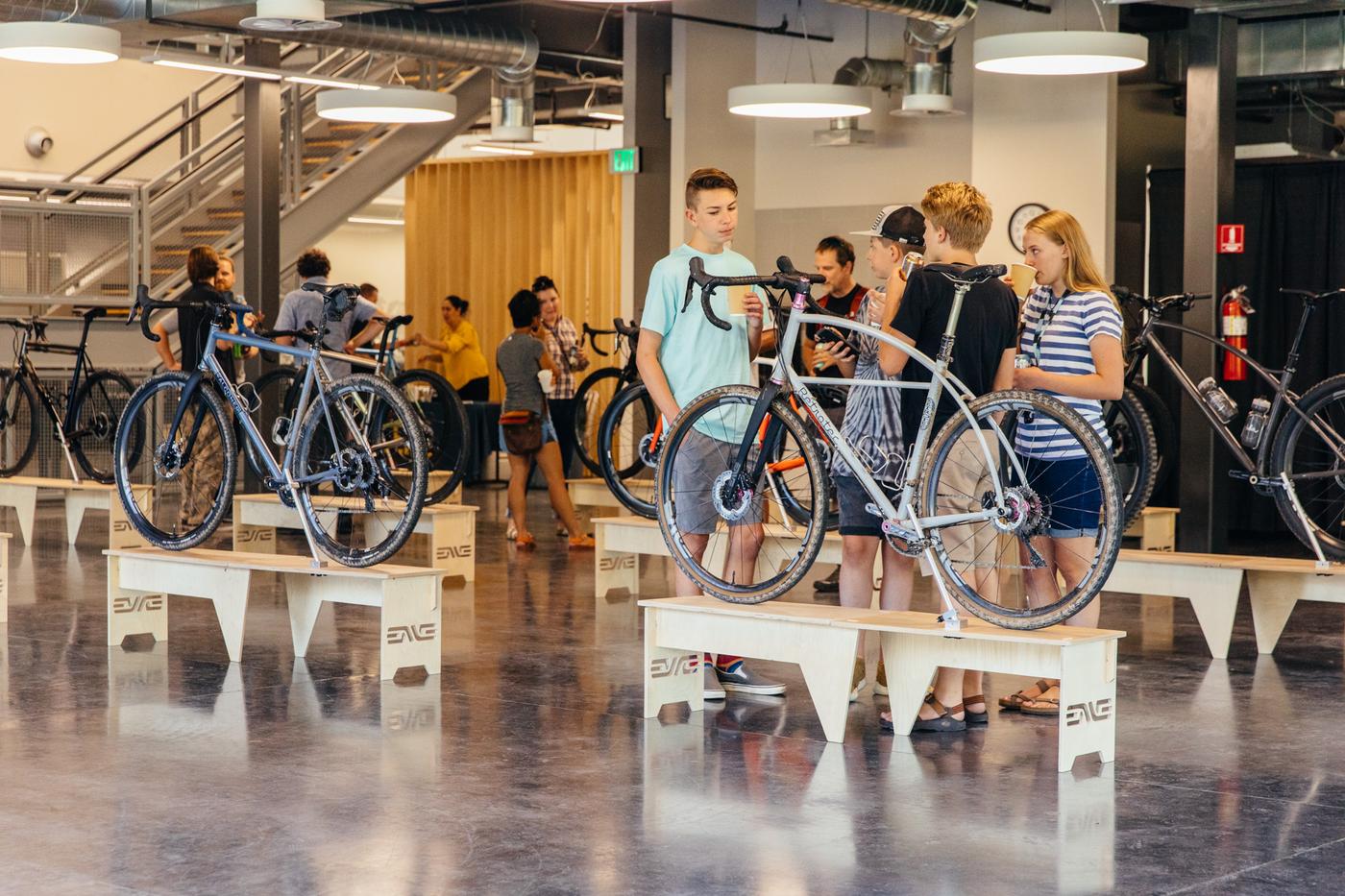 We all know the public will come ogle over custom, handmade bicycles, but ENVE is hoping that offering up a true wild west experience of riding high country dirt roads and singletrack will attract even more people to Northern Utah in the middle of summer where alpine meadows, blooming wildflowers, and imperfect dirt roads will be the backdrop for a 50 or 80 mile gravel ride. This year’s open house schedule was very relaxing, even as someone who was hired to shoot twenty custom bikes. Being able to tour the ENVE factory and facilities, ride bikes straight from the shop’s front door, and even tack on some bonus singletrack with Mark from Prova, I can honestly say the experience trumps the typical tradeshow environment. The thing that’s so magical about events like this is you actually get to ride bikes, it’s not all confined to a convention center. Once you’re done with the afternoon’s events, you can hop on your bike and ride with new friends. Many of the builders present at the event did just that. They pulled their bikes off the stands, put pedals on, filled up bottles and rolled them out the door into prime, post-monsoon rain, tacky dirt. Friday afternoon brought about the Open House, an event open to the public, where ENVE served up tacos, music, and free factory tours. Everyone was welcome to attend and plenty stayed the entire afternoon chatting about bikes, wheels, and components. Bright and early the next morning, the Grodeo began. Meanwhile, I was sleeping in my hotel room, recovering from a busy day of documenting each of the builder’s creations for the show. Luckily, sharpshooter Ian Matteson was on hand to document the afternoon’s unfoldings. With two options for course length, I must say both groups looked equally as shelled. The terrain in Ogden is as you’d expect for a mountain town in the American West. Lots of steep ups with as many steep downs. These aren’t gravel roads either, not in the romanticized sense. They’re rugged and rough 4×4 trails, interconnected by equally as rough singletrack sections. Upon completion of Grodeo, a local BBQ catering company supplied recovery food, and as someone who lived in Texas for five years and grew up in the South, I can attest that yes, Utah knows how to serve up some tasty BBQ! Grodeo will be launching at a more official capacity next year, coinciding with an open house, so stay tuned on ENVE’s social media platforms, linked below, and this website for updates as events warrant.