Bryan Hollingsworth of Royal H Cycles has shown bikes at each Philly Bike Expo since its debut in 2009. And he always brings the heat. This year, Bryan returned with another stunning creation, the Bed of Roses, which blends classic randonneur elements with modern accouterments. Bryan walks us through the design impetus for this artistic build below, along with Jarrod Bunk‘s illustrative imagery. 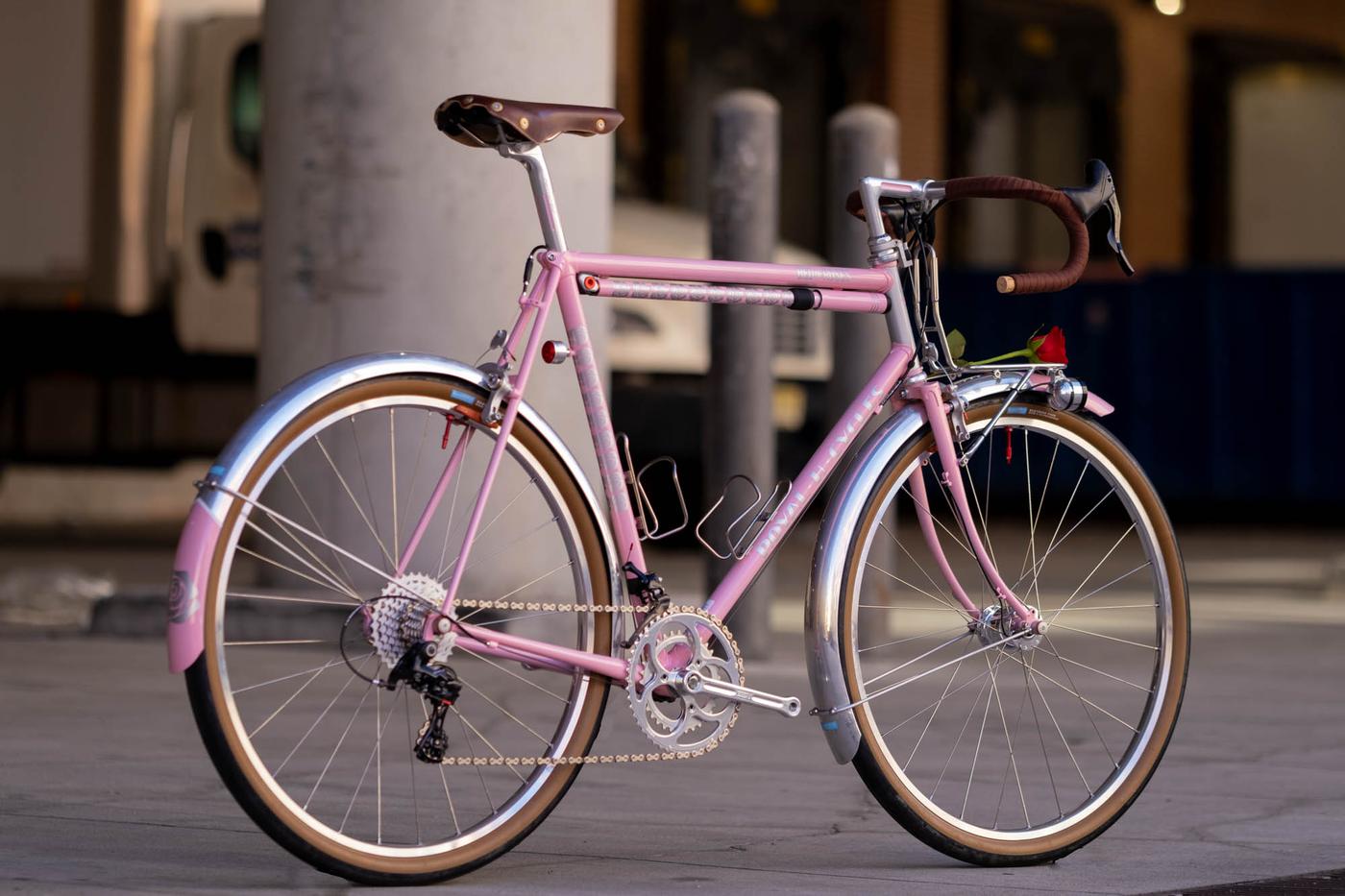 The pink Bed of Roses bike was a collaboration with my friend Karl Borne from True Cyclery in New Haven, CT. Karl and I met at Seven Cycles and have collaborated on several bikes in the past, including the infamous Nighthawk. Whereas the Nighthawk imagined what a modern steel bike could be, the Bed of Roses was inspired by Jan Heine’s book The All-Road Bike Revolution, in which he espouses the virtues of flexible steel forks, thin wall standard diameter steel tubing, 650b wheels paired with large volume tires, fenders, integrated lighting systems, and the like. 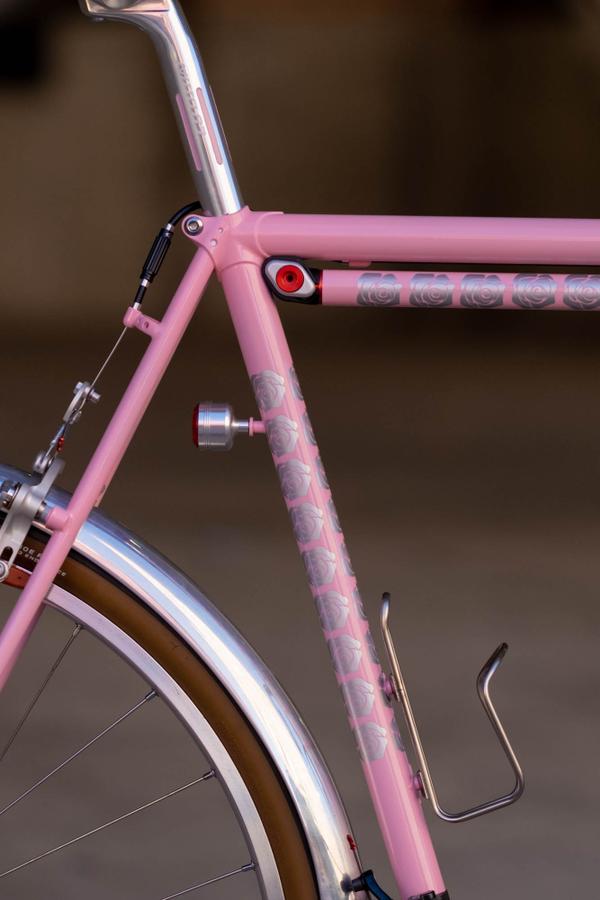 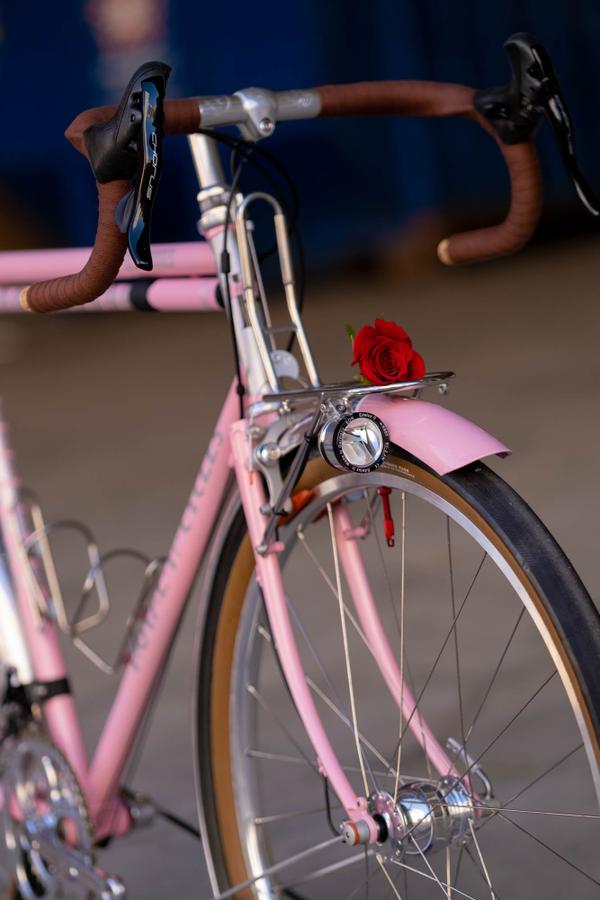 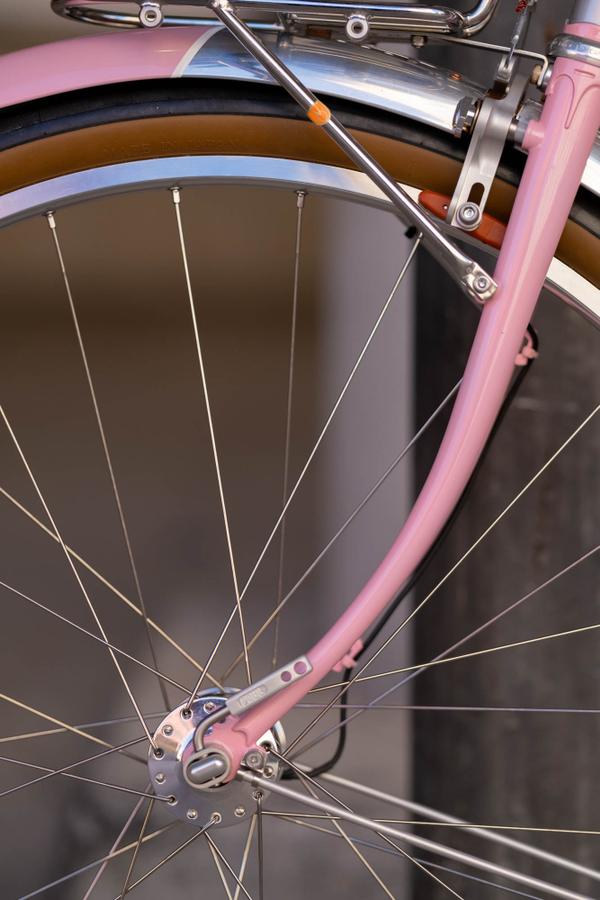 The bike is built using many of the parts Jan sells via Compass Cycles/Rene Herse, and was our take on a lot of the ideas we’ve been reading about in Bicycle Quarterly. 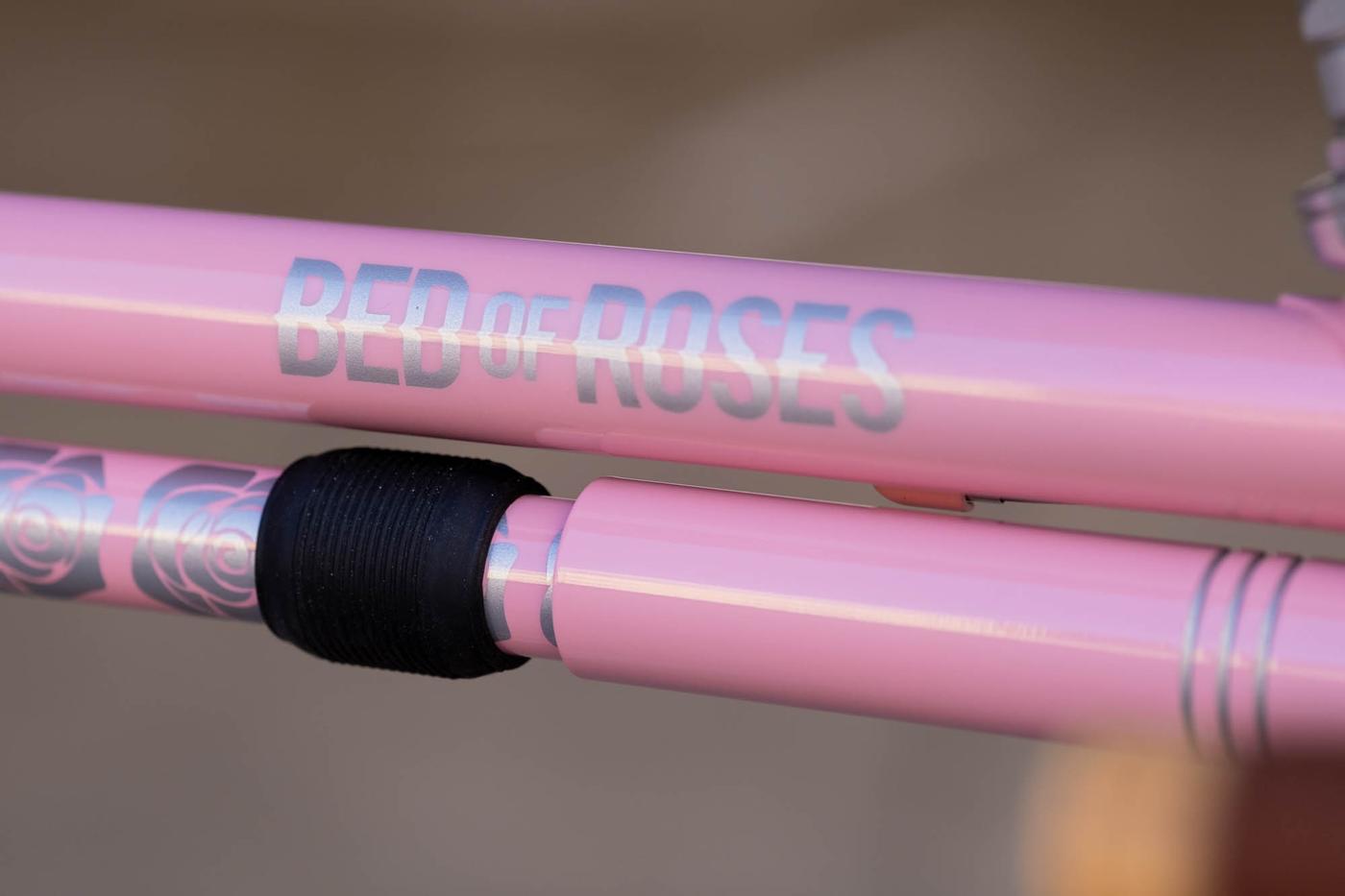 The “Bed of Roses” name came out over a few Zoom beers (ya know, 2020) when we were deciding how best to describe the smooth, spirited feel that a bike like this might provide.The opportunity to fill the Philly Expo booth with rose pedals was too good to pass up on, as well as the many roses in the paint scheme beautifully executed by Ben Falcon. 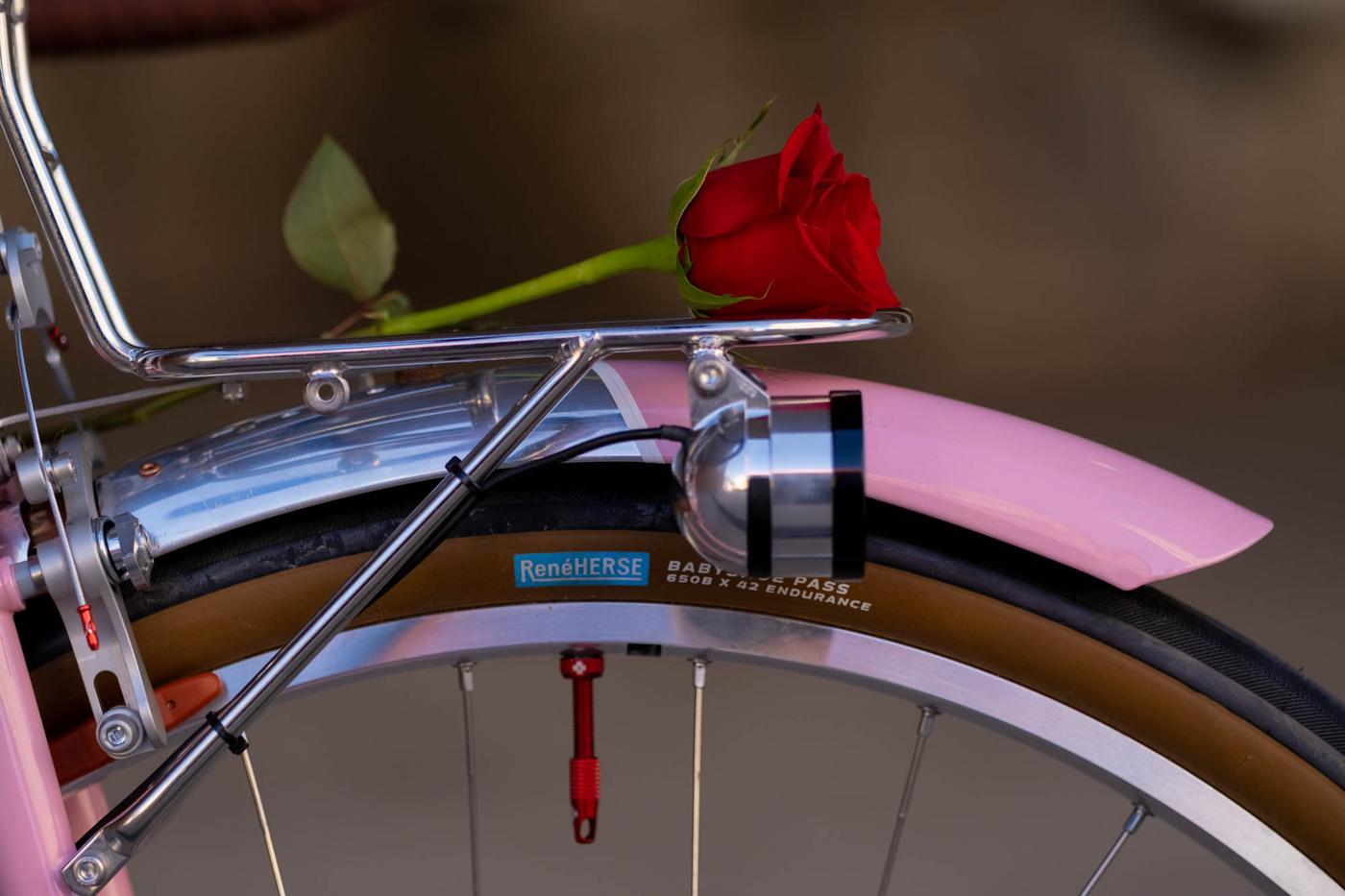 Many of the design elements in the Bed of Roses bike are time tested, and it was no surprise that the bike rode as well as it looked. Spirited, indeed! The bike was built to the dimensions of our third collaborator and rider, Phil Law. 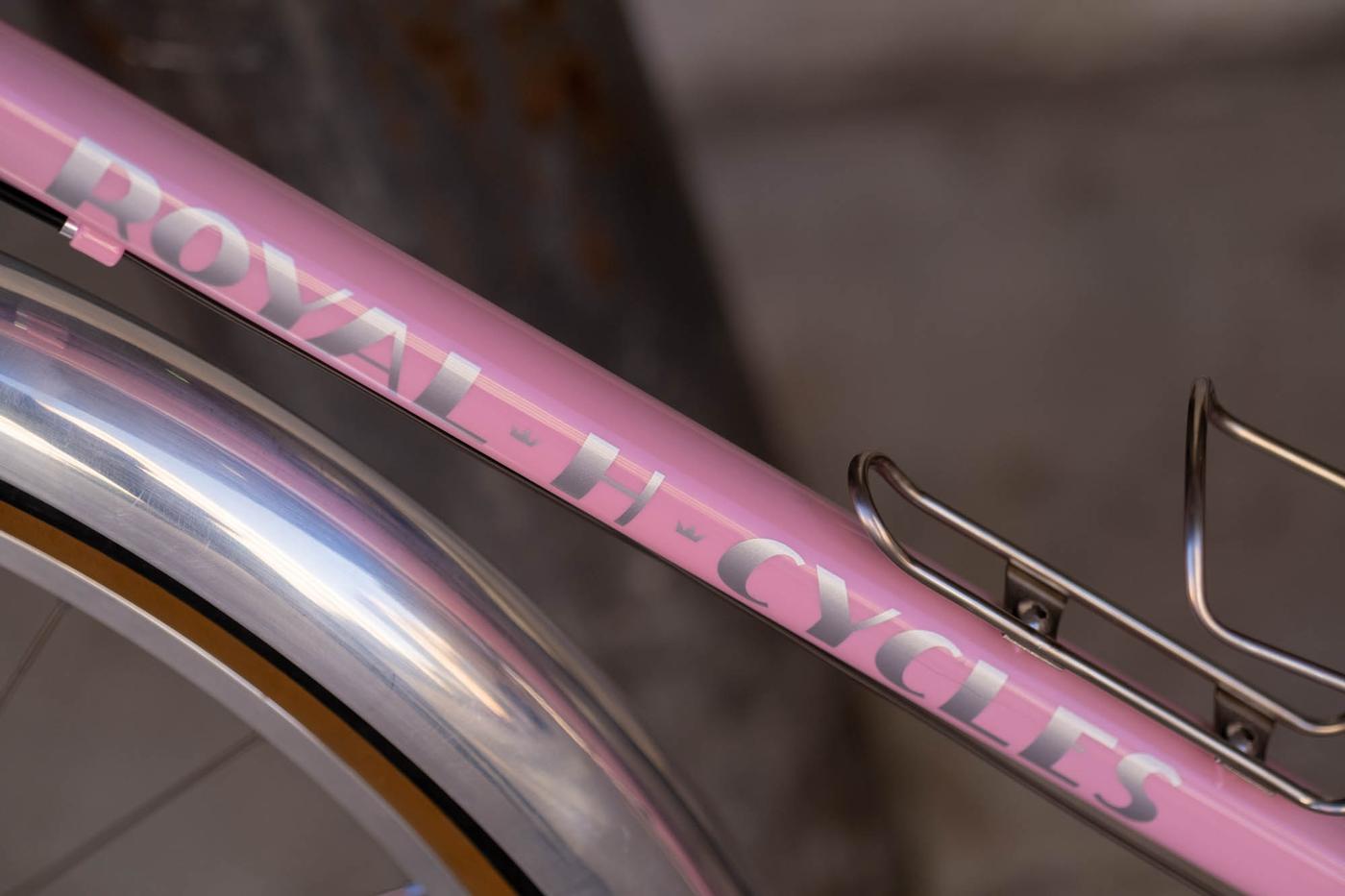 The goal was to have the bike built up in time for him to ride it for the 2021 Deerfield Dirt Road Randonnée (D2R2), but supply chain issues stymied us! This, we felt, was very on brand for this year. All in all, though, it was mostly a fun excuse to build up a bike that we thought would capture people’s eye at the show. I’m a huge fan of the classics, so this was right up my alley. 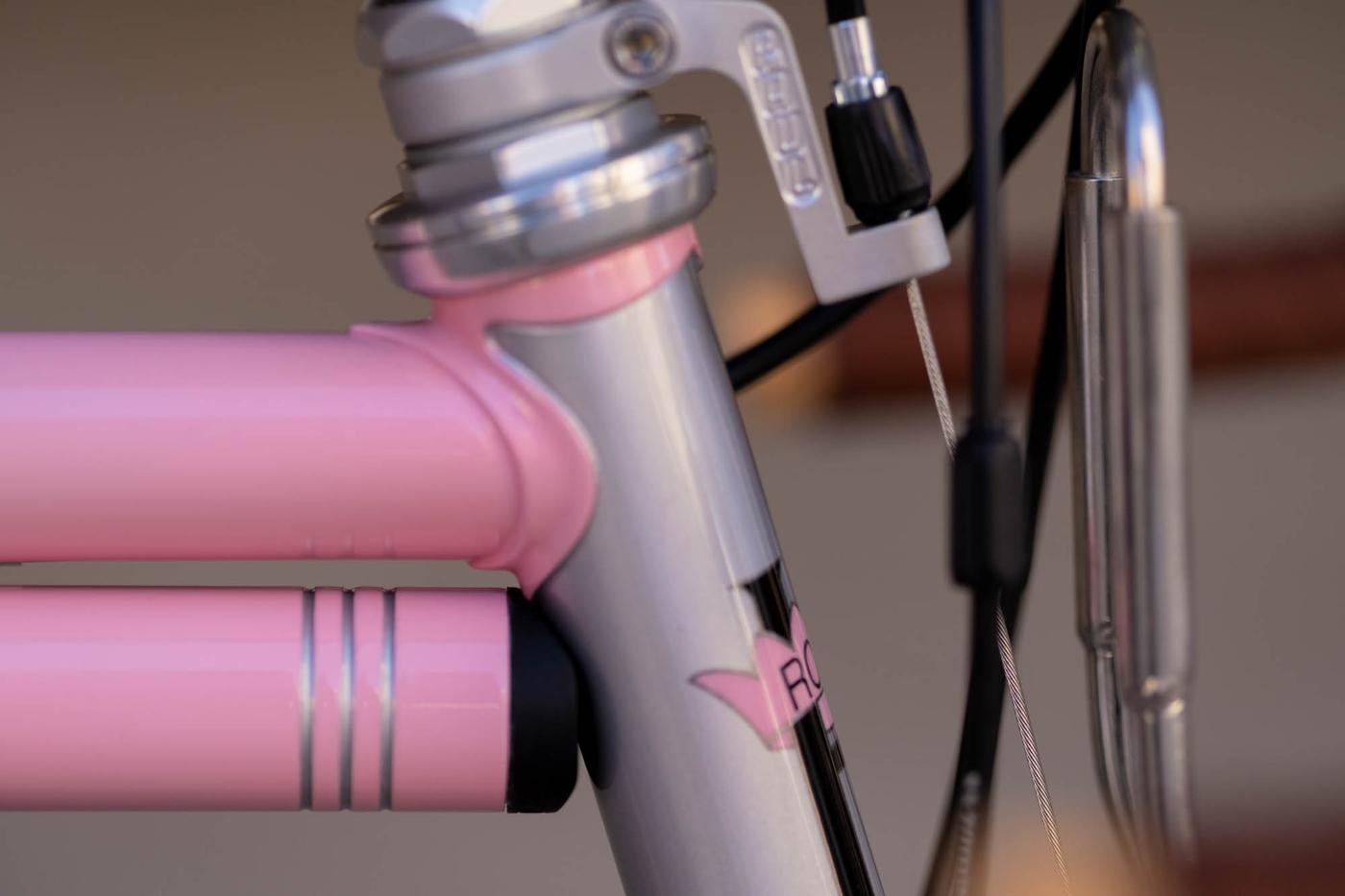 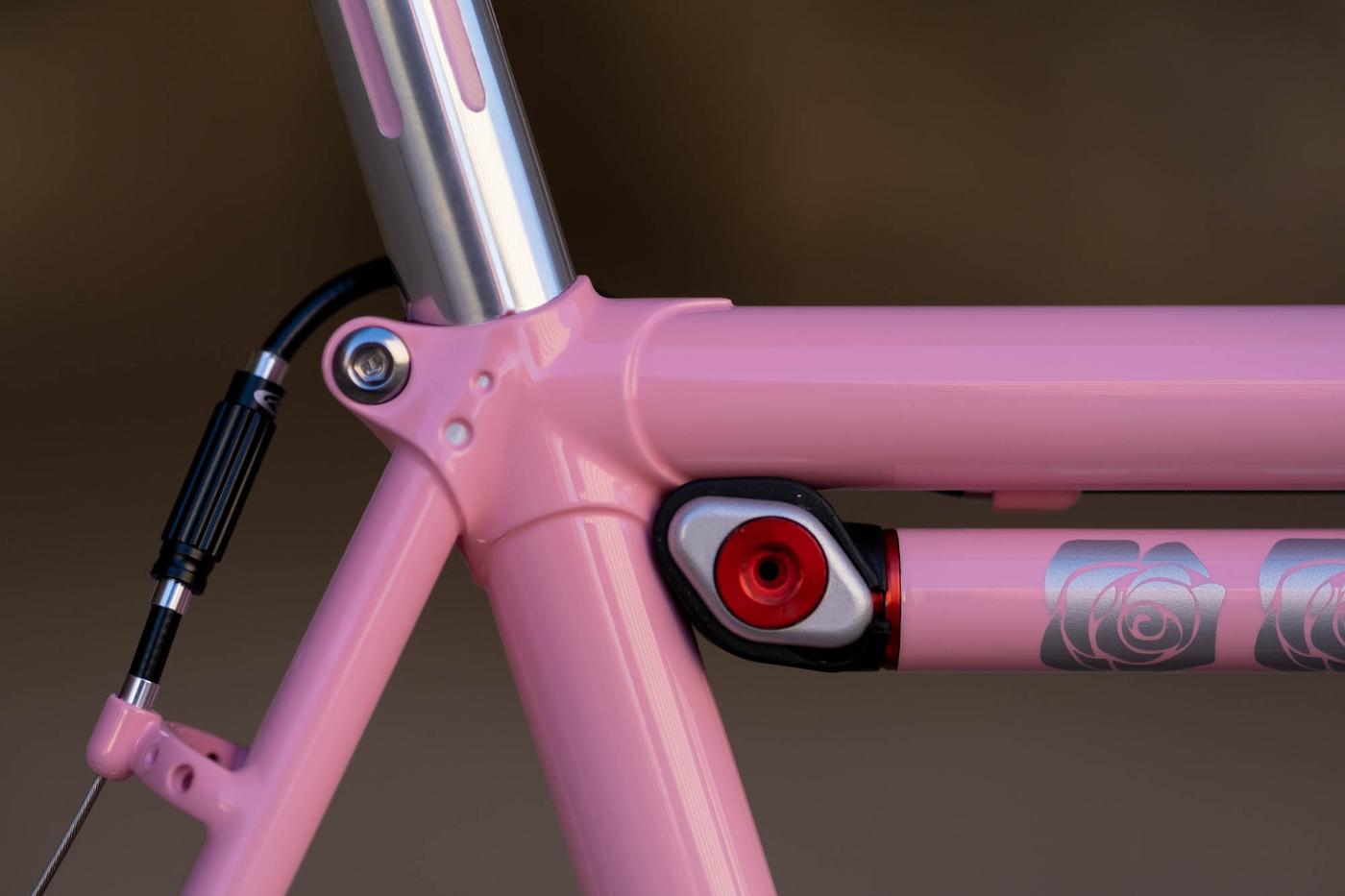 The Kaisei tubing I used was quite thin (.6/.4/.6mm), so i was able to pair it with a very minimal lugset I had kicking around in my toolbox for many years. The minimal lugs prevent stresses at the joints from being transmitted into the very thin butted center section of the tubes, and maximizes the flex of the steel that gives classic frames that lively feel. It planes! 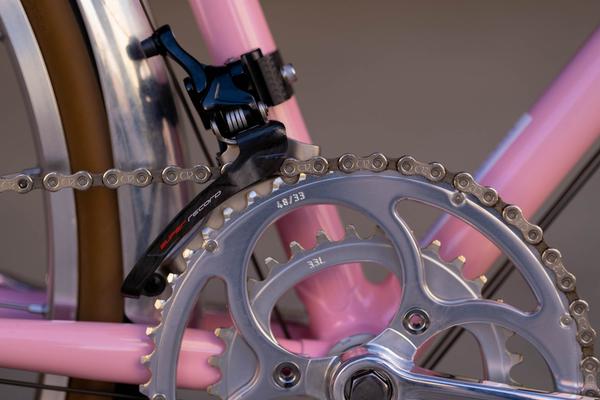 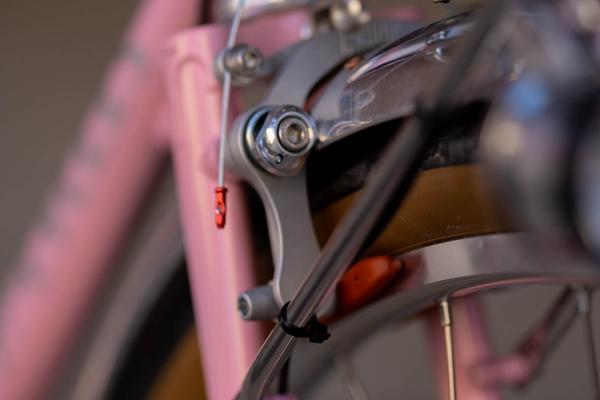 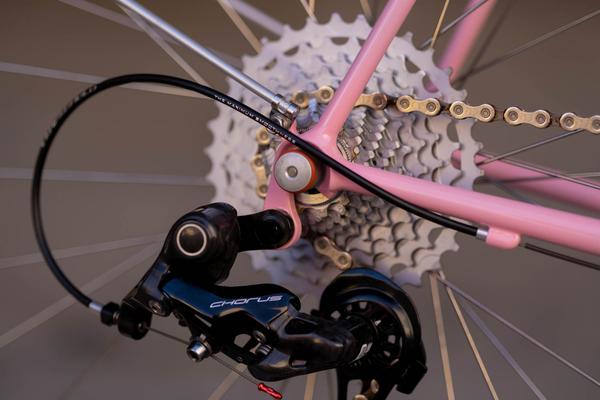 Ultimately, the bike is an attempt to faithfully re-create a classic old school randonneur bike, but kitting it out with modern gear to keep it fresh and fun. from what Phil reports from his initial rides, we were successful!