The original Rodeo Labs Spork 1.0 was a fork that we started developing for our bikes in 2014. At the time nobody was making a fork that mixed carbon, clearance, flat mounts, rack mounts, and through axles in the way that we wanted. Not knowing any better we just decided to create it for ourselves. 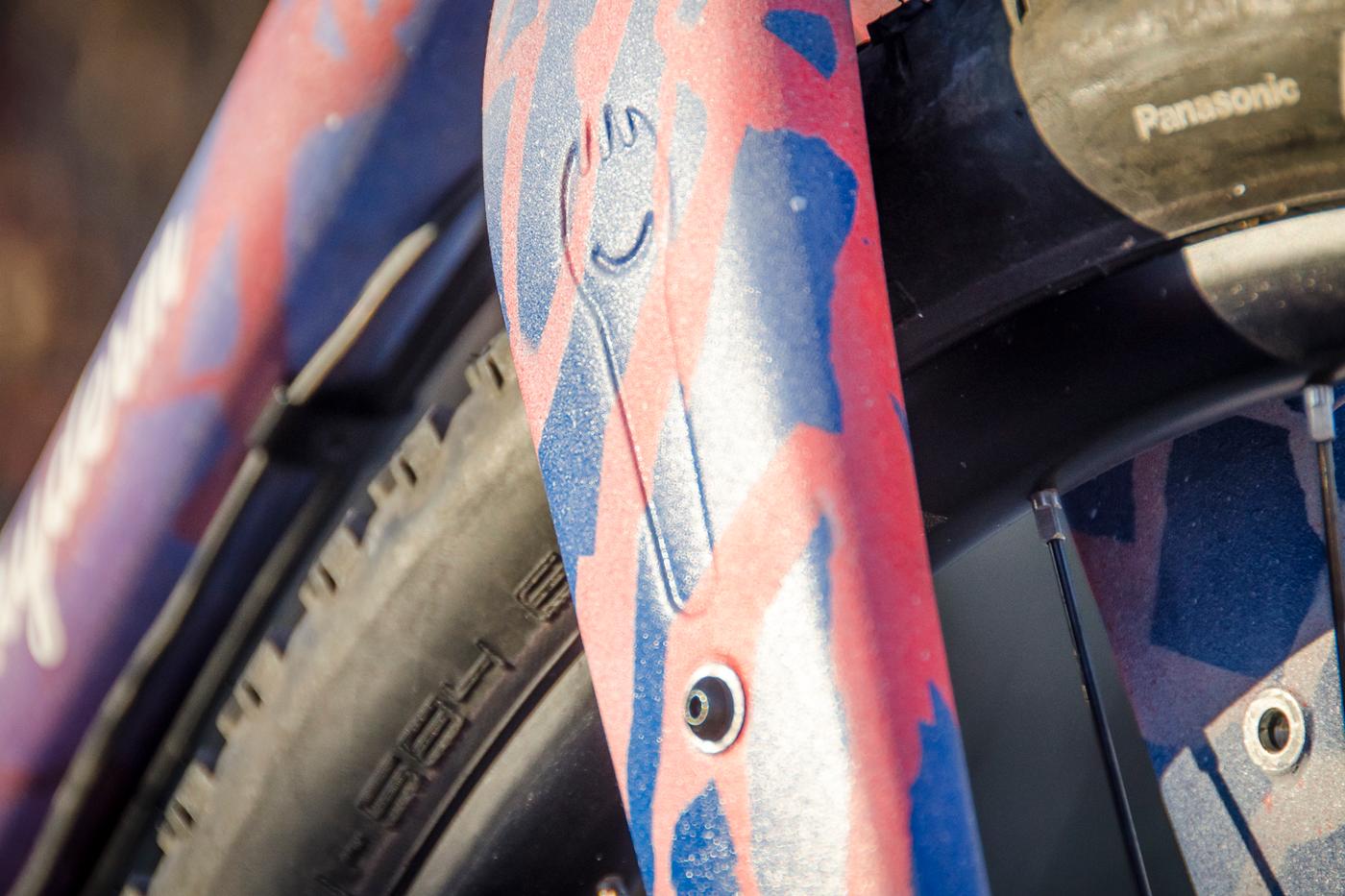 When the fork was completed in 2015 we started showing it online and immediately builders and customers wanted to know if the fork was available stand alone. At the time we barely existed in the world of bikes and I had to stop and think about what sort of bike company we wanted to be. Did we want to keep our fork exclusive to our frames like a lot of bike brands do or did we want to open it up for the larger community to have access to? The idea of keeping it to ourselves didn’t sit right.

Rodeo started as a super informal cycling team before we started working on bikes and one of the core tenants of our team has always been to ride whatever bike you want in whatever way you want wherever you want. It seems strange to carry that tenant into being a bike company because a bike company should probably want as many people as possible to buy their bikes. The plurality seems at odds with profit. As the owner of this bike company though I just don’t see things that way. Rodeo’s place in the bike world is simply to strive to make the best bike (or fork) that we know how to make and to be content being a part of the cycling community instead of trying to dominate it.

As it turns out that approach has ended up being a really positive force in the growth of our brand. Letting the original fork go to builders and other customers allowed us to make a better fork. The feedback we got from the community inspired us to add to the fork’s capabilities over time. The first change was more mounting eyelets, the second was internal dynamo routing. The third was convertible axle specs. 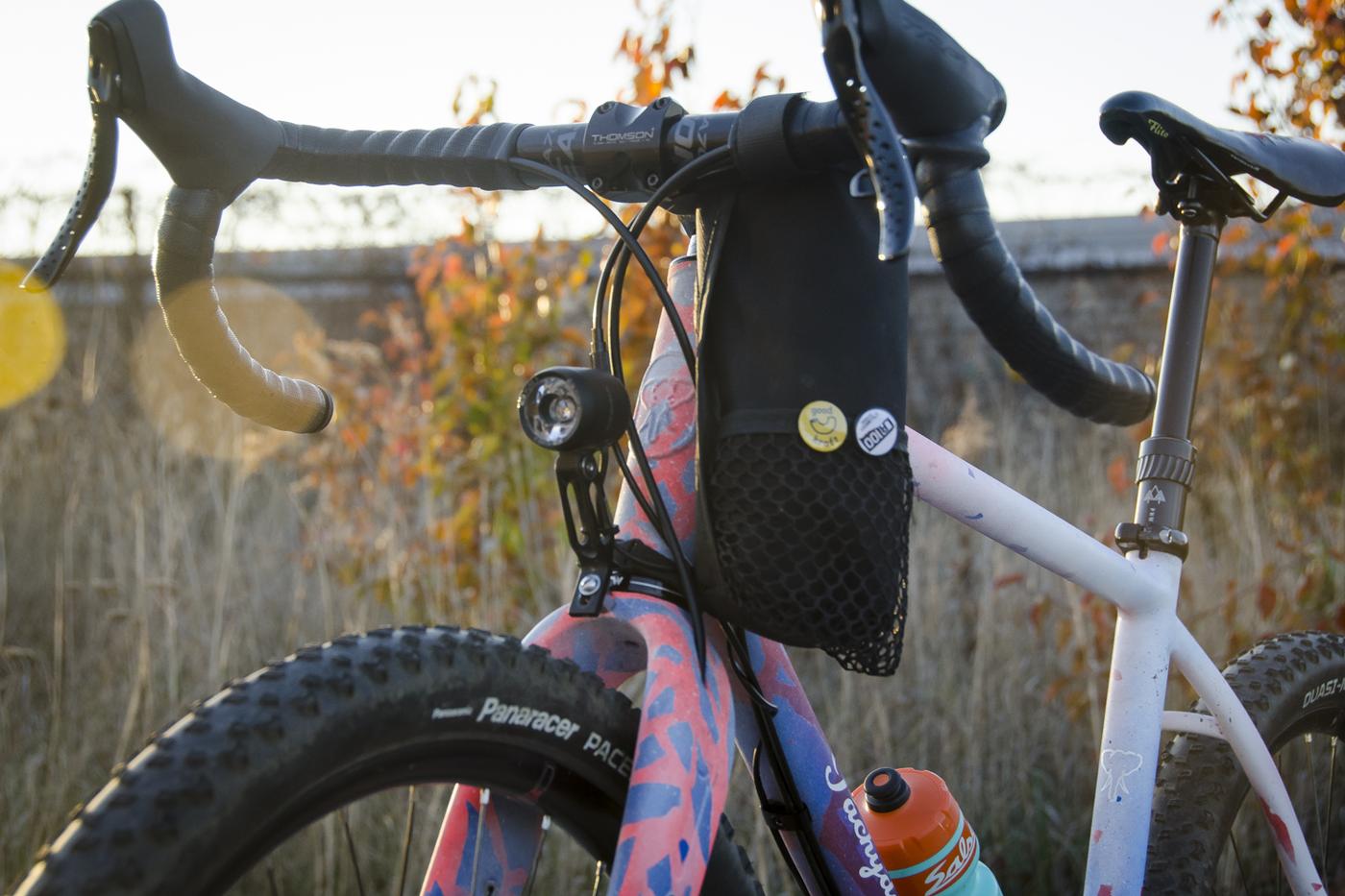 Eventually, though the original Spork got to the point where we needed to re-design from scratch in order to keep moving forward. A big request we’ve been seeing is increased tire clearance. In 2014 a 42mm x 700 tire was almost outrageously big. Now if your fork doesn’t do 2.1” – 2.2” people ask “why not?”.

We spent about a year and a half developing Spork 2.0. The new fork needed to have better clearance for not just tires but also for big tires + fenders as well as a host of other refinements in features and execution.

When it finally came time to release the new fork I knew that I wanted to invite some hand builders into the launch. Spork 2.0 was not created with only our bikes in mind this time around, it was created with the community in mind. I wanted to reflect that in the launch. We sent out a few pre production 2.0 forks to builders who have used our older fork on previous builds and asked them to build any sort of bike they wanted with the fork in the mix.

The finished bikes were super exciting for us to finally see either in person or through batches of photos that the builders sent in. We’re grateful that John invited us to share the bikes here on The Radavist. To me these bikes represent what I love about cycling: The diversity of it all. No segment of the industry is more creative than the small builders and being allowed to be included in their builds makes me super happy. It gives me hope that we’re staying true to that “ride whatever you want, however you want, wherever you want” ideal that we started out with. 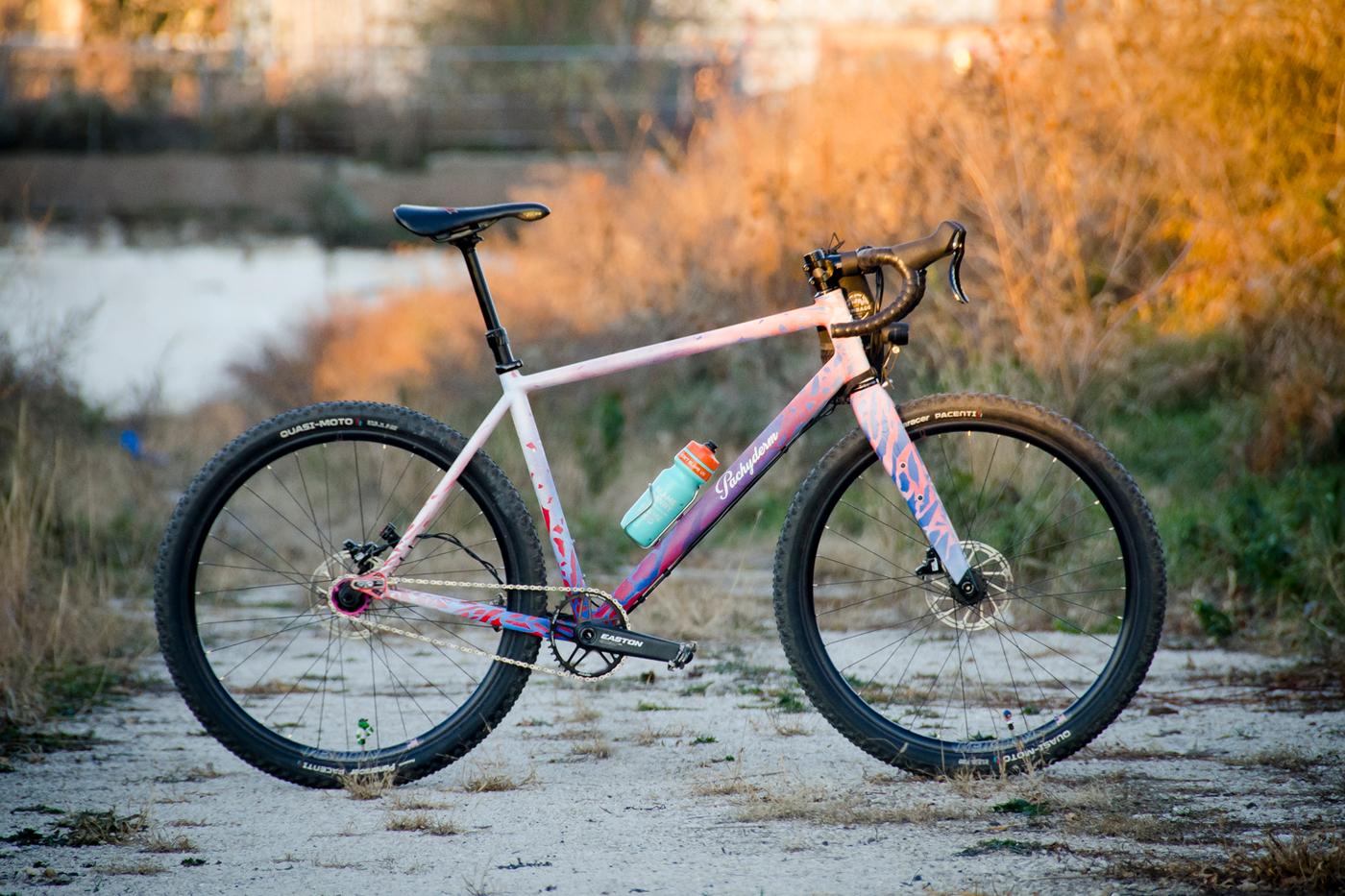 About the Pachyderm Singlespeed Krusher 2.0

Daniel from Pachyderm Bikes was the very first third party builder to ever use Spork 1.0 so it was meaningful to me to invite him into the Spork 2.0 launch.

For this build Daniel wanted to create a drop bar bike that he could pretty much throw at anything while doing it all single speed. Taking the numbers from his 2015 Krush 1.0 as a starting point Daniel opted for a shorter 90mm stem and slackened the head tube angle to 69.5, effectively changing the wheelbase from 1045 -> 1108. That was 63mm 2.5” further out 6% longer wheelbase than the 1.0 bike. Daniel didn’t want to stick with status quo, he wanted to experiment. He wanted to maintain an endurance road fit but find a with a little bit more insurance for gnar. Every detail of this bike was executed by Daniel from the geometry to the brazing to the paint to the 3d printed head badge. Daniel created the paint scheme with a bi-directional gradient fade using spray.bike. Keep an eye out for the bike on the roads and trails around Chicago and at gravel events all over in 2019.