My good buddy Rip Zinger put together a rad little edit for Stussy promoting his book, entitled the West Americanized Tour. Here’s the information from the Stussy Vimeo page:

Tomonori “RIP” Tanaka’s rolling perspective through the United States is a modern day survey on street culture. His release of a book called Ripzinger West Americanized Tour is a collection of images that document RIP’s infatuation with the American dream. Skating on a Krooked Zip Zinger deck, hence the name, he explores the notion that photography can be more than simply photographing a subject. He proposes that the action of snapping a picture is closely aligned to the act of skateboarding. There is a moment when one must make a decision- when to take that jump, when to bail and when to stick your landing. Photography holds similar decisions. There are fractions of seconds when you must decide on the composition, light, expression and then click.

Remember the photo of Marco hopping Kiyo and Sexysushi while they were dry humping on a skateboard? Well, there’s another photo from that day below. Check it out! 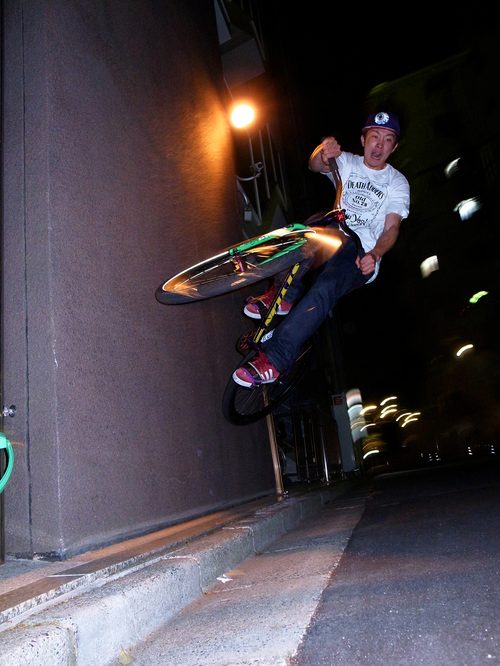 Marco’s holding it down for W-Base and Mishka over in Tokyo. Big ups man. Rip, keep sending these my way. It’s always a pleasure to post them!