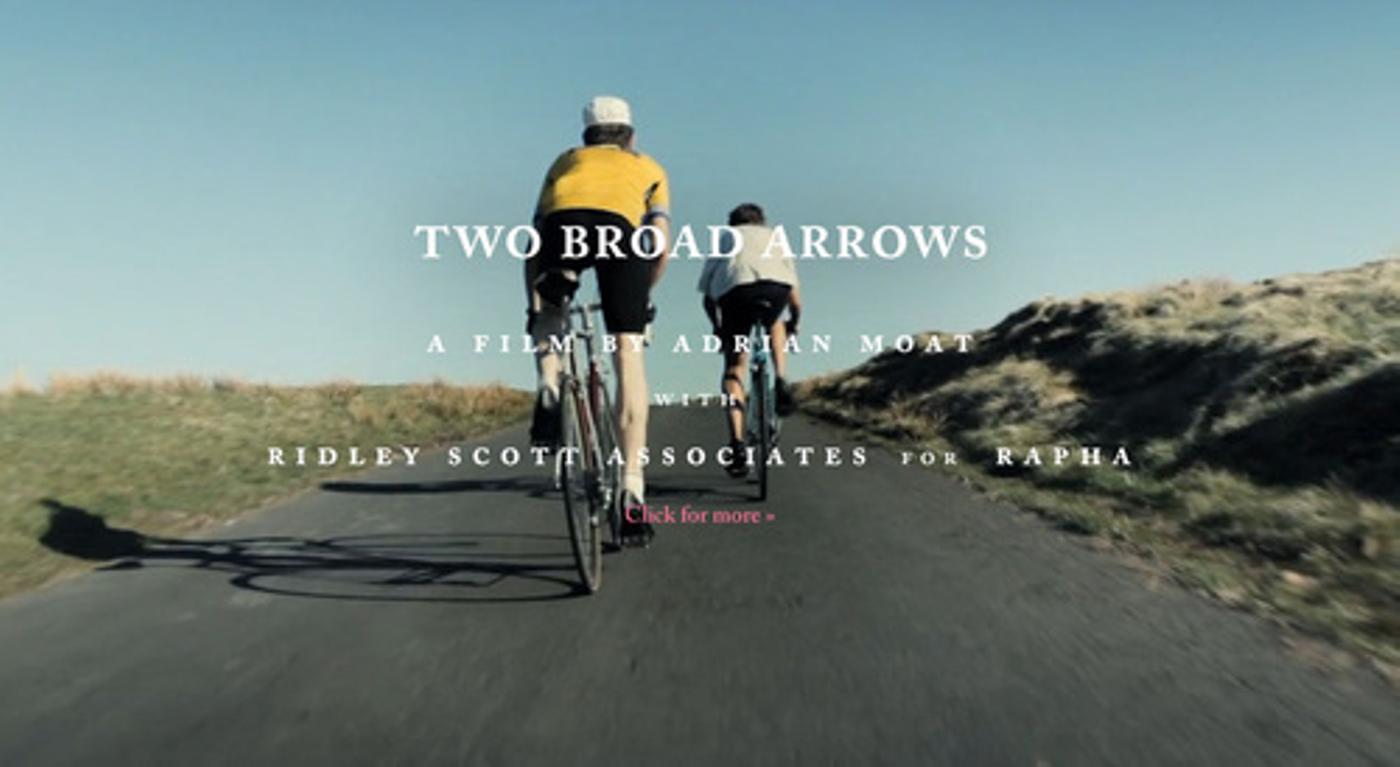 I am really, really in love with this series. Hopefully you guys caught A Throw of the Dice and hopefully you will also catch the newest from Ridley Scott Associates and Rapha tomorrow morning! Here’s a little synopsis from Rapha on their newest project, Two Broad Arrows:

Former Professional Cyclist Sean Kelly (sometimes known as King Kelly) while not as much of an overt focus in this film as Museeuw in the first was definitely an inspiration. The Country Jersey in the blue, yellow and white is styled in the colors of Kelly’s former Spanish team – KAS contains the inside story of Kelly, and the colors can be made out by a character (oddly enough is played by Ultan Coyle – Rapha’s printed materials designer) who appears in ghostly fashion late in the film.

One more quick note. Last week, with your help, the film garnered almost 23,000 views in the span of 24 hours. For any maths (as they say in England) majors out there that is nearly 1,000 views/ hour. So, thanks to you for helping us promote this unique experience on the Rapha site, the films were a treat to see come to life through the Rapha family and it is with pleasure that tomorrow we bring you Two Broad Arrows.

Don’t miss it tomorrow on the Rapha Homepage.

Previously:
Rapha: A Throw of the Dice