This Friday September 30th at 7pm the Rapha Cycle Club SF will open its doors to an art show dedicated to the spirit of North Cal. Cyclocross by following its roots through to its current spectacle. Brian Vernor plays host and curator to this array of artistic endeavors including photography, writing, sculpture, painting and collage as well as historic documents and images. There will be works from Willie K. Bullion, ‘Pineapple’ Bob Kurosawa, Pamela Palma, Jeff Hantman, Stevil Smith, Ray Stafford, Chris McNally, Paul Sadoff, Tom Simpson and Mike Ferrentino. Click through for select works and biographies of a few of the artists.

Check out a few choice photos below! 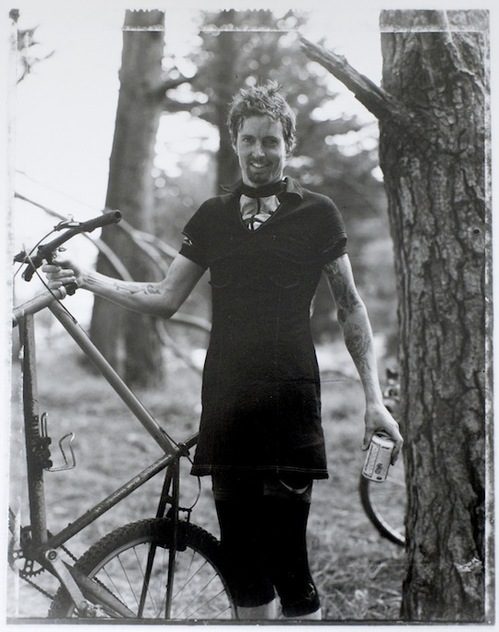 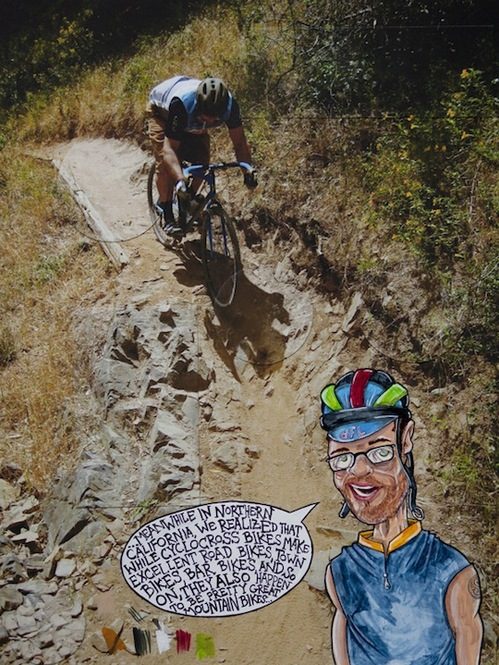 Stevil Smith, aka Drunkingham, makes art focusing on the underbelly of personal emotional dialog, primarily questions of his own physical abilities (or lack there of) and intellectual shortcomings. This focus is coupled with an intense interest in the extremes to which people go to toward achieving satisfaction, be it physical, spiritual, emotional, or sexual. Stevil Also runs a popular cycling blog, All Hail The Black Market; Stevil resides in Soquel, CA. 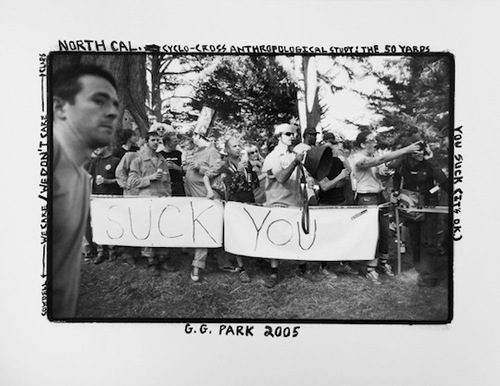 The show’s curator Brian Vernor co-directed (with Willie K. Bullion) the first film about American cyclocross, Pure Sweet Hell. He also made the film Where Are You Go, about his 7,000 mile adventure from Cairo to Cape Towne. His photography is well known throughout the cycling media and industry, including work with the Rapha Continental is a fourth-generation resident of Santa Cruz, CA.

This looks awesome. If you’re in SF, make it out to this!