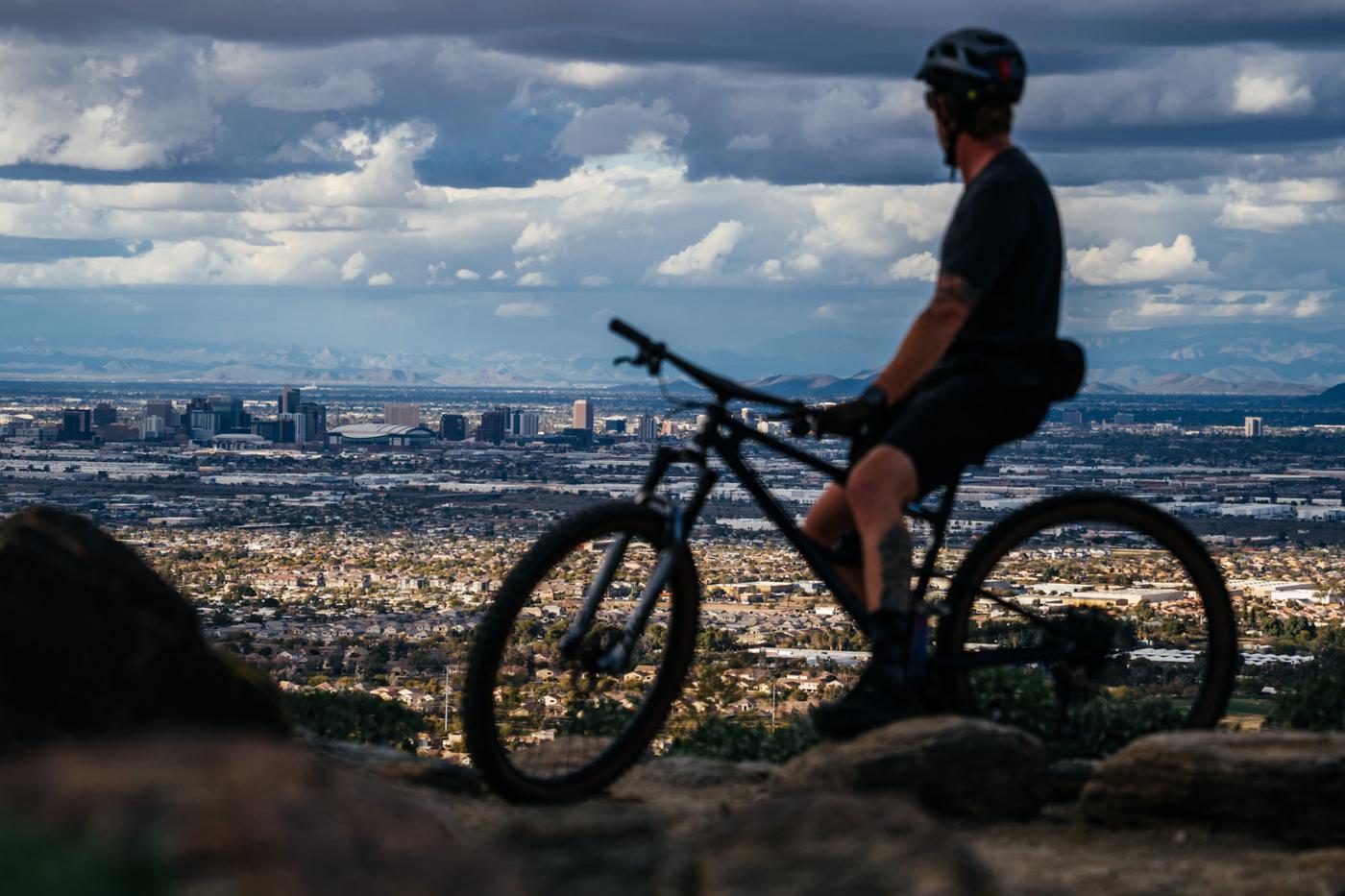 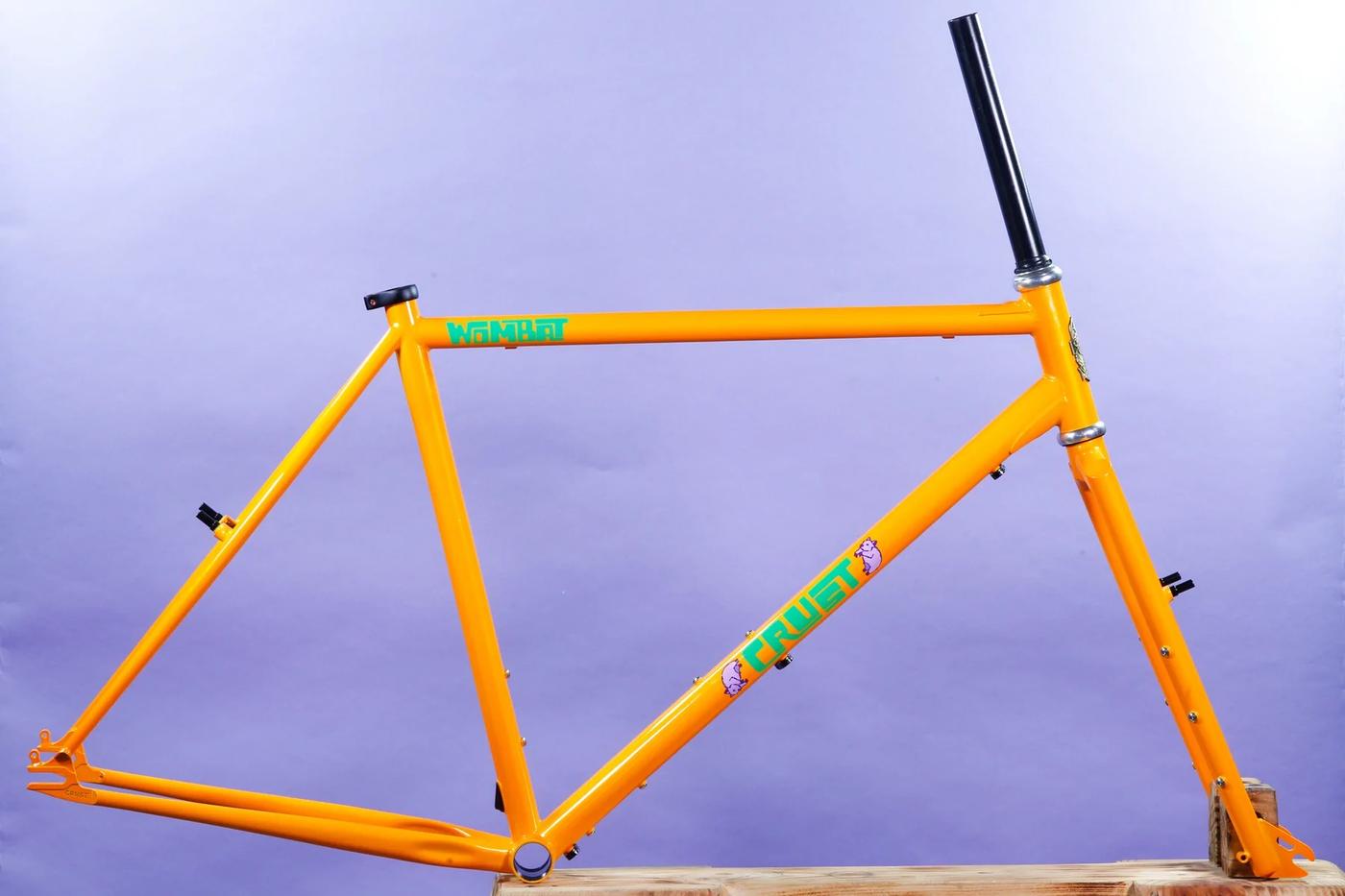 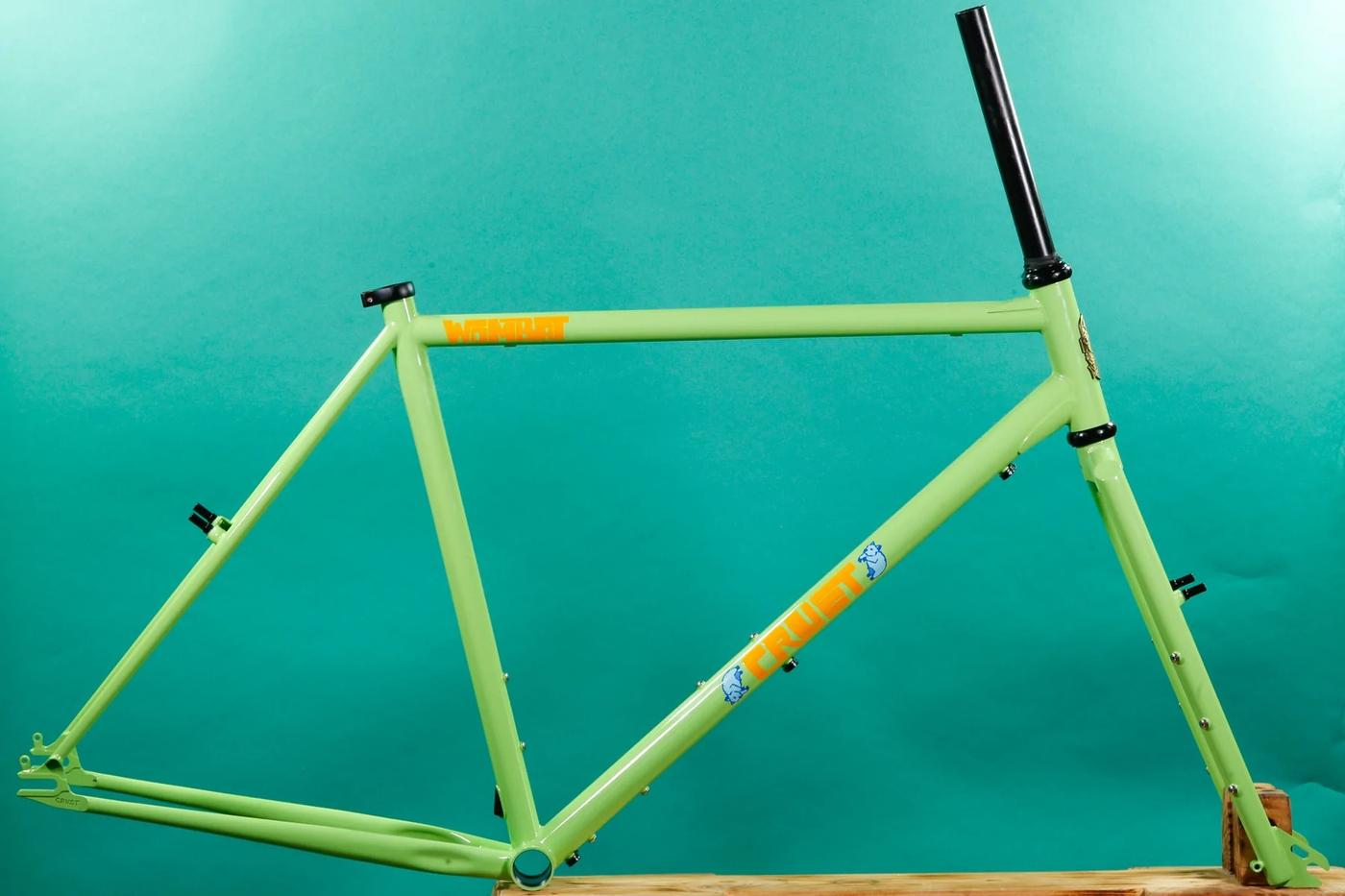 The Wombat is Crust Bikes’ version of a modern mountain klunker and is a singlespeed-ready, 2.8″ x 27.5″ wheeled bush bandit. Complete with a unicrown fork, sporting cargo bosses, modern geometry, and canti/v-brake studs; the Wombat is the complete antithesis to the mountain bikes the industry is peddling on us. Support out-of-the-box thinking. Support Crust Bikes. 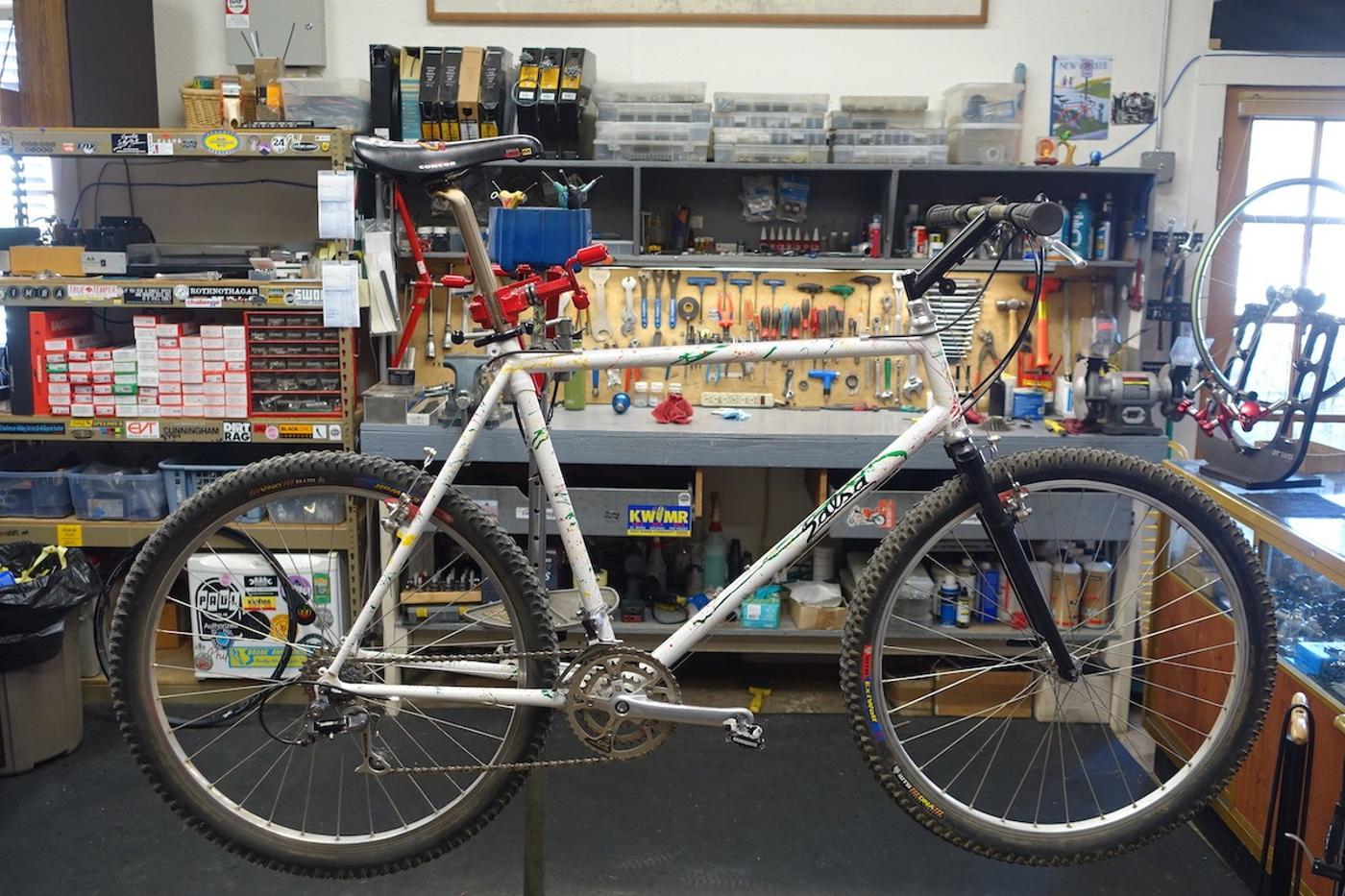 We’re usually not in the habit of posting vintage bikes we find on the ‘net, but Mike is one of the most excellent fellas ever, and bike shops need all the help they can get with the economy going down the drain. Plus, it’s not every day you see a Salsa Ala Carte in such excellent condition in such a large size (the largest size Salsa made in this model at the time.)

Roll on over to Black Mountain Cycles for the full spec breakdown, and I hope someone buys this and rides the pepper out of it! A while back, we featured a working prototype of the Agave Products Arroyo Backpack and today, we’re pleased to share the bag’s designer listened to your comments in our post, refined the design, and has finally posted it for sale. This backpack is made from 100% recycled three layer sailcloth. It is designed to work on both your back and your bike. The shoulder straps are fully removable making this bag multi configurable and versatile. It can be configured as a backpack, a tote, a messenger bag, a handlebar bag, a pannier etc. Designed to strike a balance between outdoor and urban, this pack is great for commuters, bike-packers, backpackers and more. 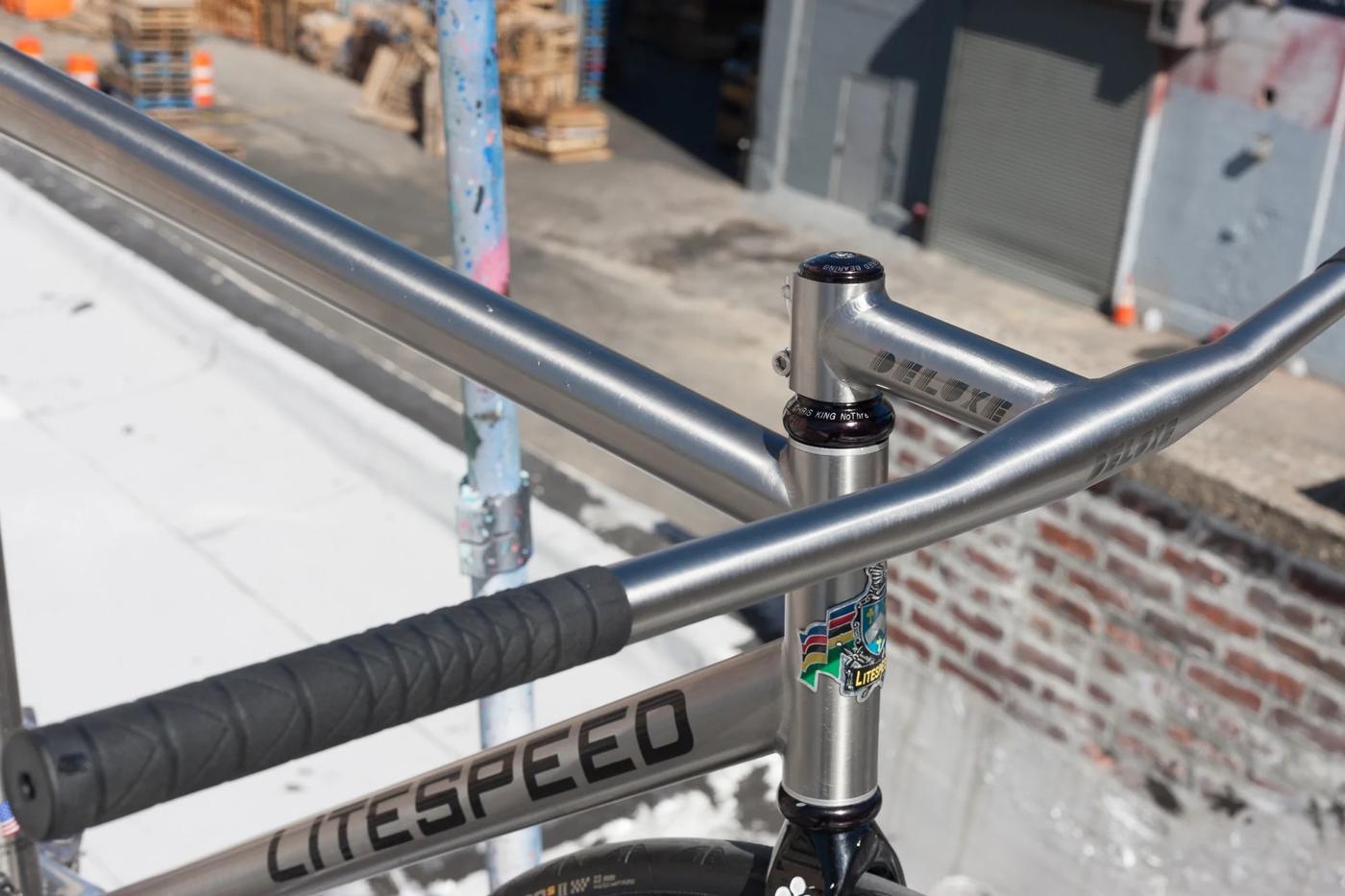 Over the years, Deluxe has released small batches of its titanium bar/stem combos and yesterday, they announced another run. In stock now is a run of raw titanium and oil slick anodized bar/stem combos. 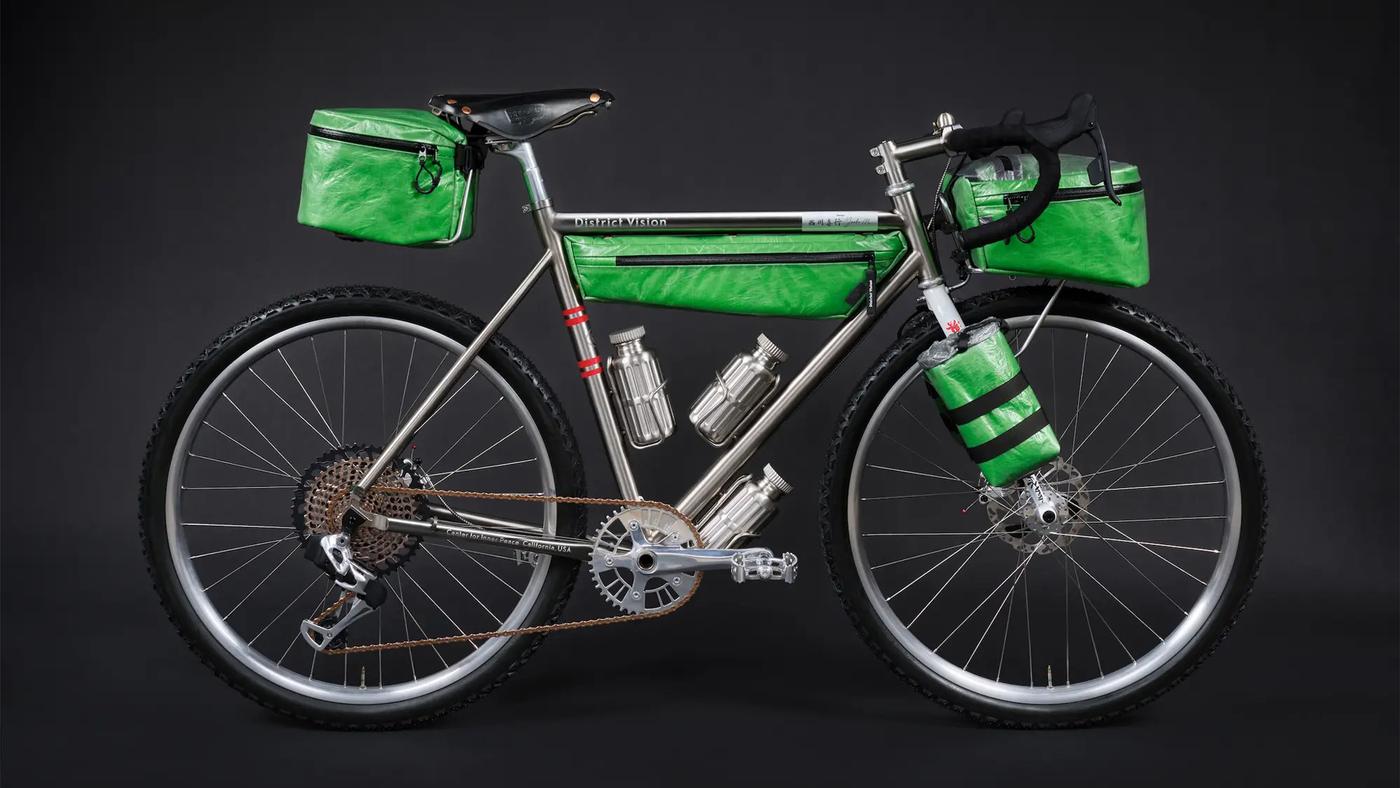 We post a lot of pricey products here at The Radavist and plenty of custom titanium bikes. Still, we spit out our artisanal-pressed espresso when we saw District Vision’s price tag for their titanium touring bike. $30k is a lot of money for a bike. That’s maybe a $10k project at most. Yet we’ve seen fashion brands put absurd price tags on niche-gone mainstream bikes over the years. With the popularity of Gorpcore, a high-end fashion regurgitation of outdoor gear and wear, pricey outdoor gear has had an uptick. Still, is this a sign that we’ve reached peak bikepacking? If you have a new fandangled bike with an aero ENVE In-Route System cockpit but want to ditch the shoddy headset it came with, fret no longer! Chris King announced its newest headset model, the Aeroset 3, designed specifically for the ENVE In-Route 44mm aero cockpit, utilizing its patented GripLock® system for precise fit and function.

Check out more at Chris King.

Our contributor Ryan Le Garrec is releasing “Momentum” with Kona and Ritchey. Momentum is a film about Thomas Boury’s FKT attempt at the GTMC, a mountain bike route crossing the Massif Central in France. The route is 1400 km and has about 27.000 meters of elevation gain. Thomas decided to tackle it on a rigid and singlespeed mountain bike. He wanted to share the beautiful route with his father so asked him to drive Ryan around in order to make a film and share it with the rest of us. The result is a rather intimate tale of a father watching his son go through a very rough ordeal. The track suffered from diluvial rains and storms a few days prior to the attempt, it was a feast of steep and rocky singletrack with plenty of fallen trees along the way.

Ryan didn’t see the point of filming the FKT until Thomas explained that he’d be filming it through his father’s eyes. “I was totally bored by the idea of filming FKT rides, the political storm around Lael’s attempt had just calmed down and I didn’t wanna add fire to the debate but the proposal to do it with Thierry, father of Thomas, was so heartfelt that I got really seduced by that angle and couldn’t say no anymore!”

The eighth edition of the Rando Imperator is on the way! This European randonnée brings many cyclists from different countries to ride from Germany to Italy. It’s scheduled for Saturday 6th and Sunday 7th of May, 2023 and is part of the official Italian Audax calendar. It proposes three different brevets: Munich-Ferrara (600 km), Munich-Bozen (300 km), Bozen-Ferrara (300 km).

Check out 2022’s coverage video above and see more at Witoor.

John is in Tempe, Arizona, soaking in the desert for a week before returning to the winter in Santa Fe and getting in a few rides with Josh who just picked up a used Starling Murmur. More on that later…