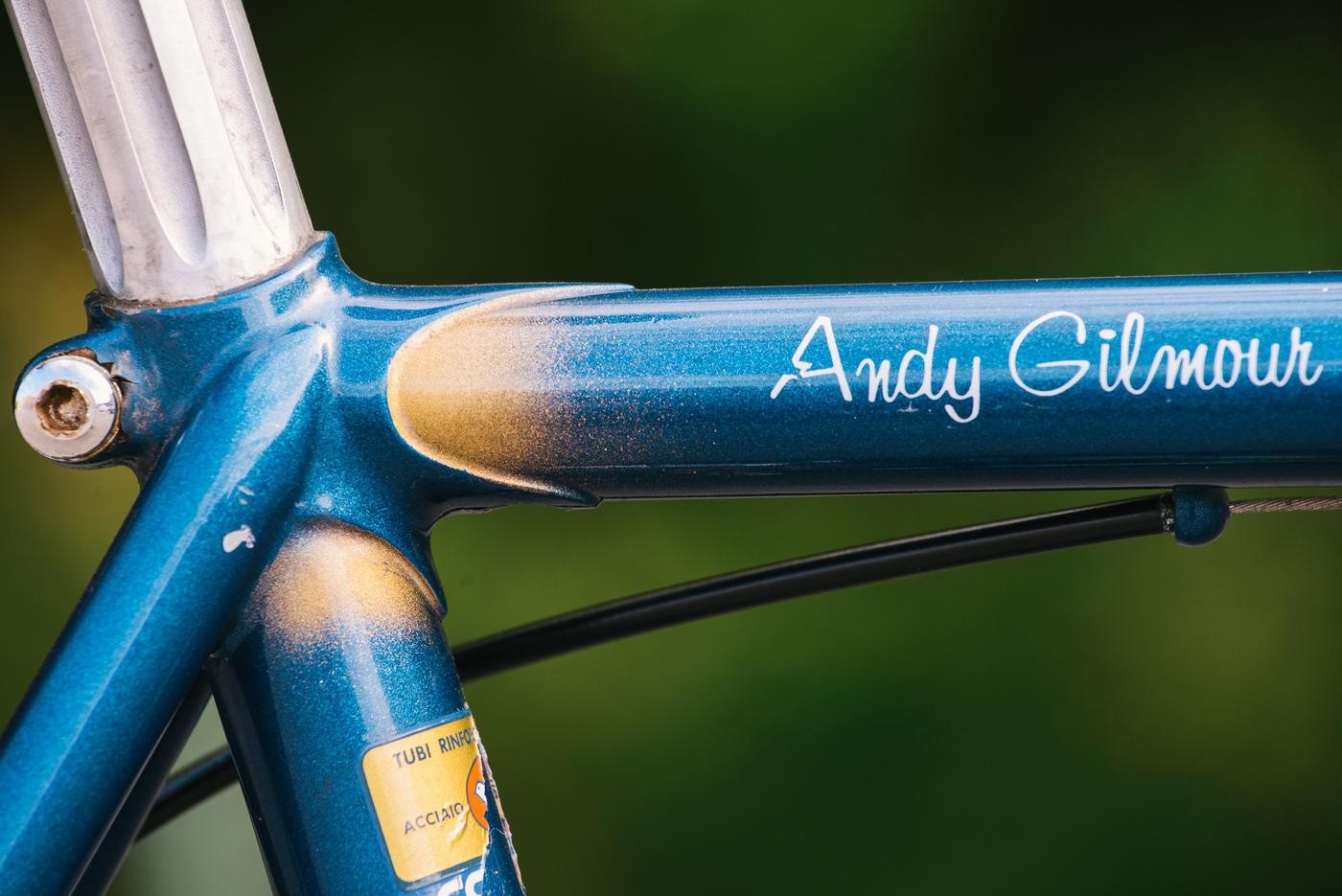 The frame is a custom tandem from a local Tucson framebuilder, Andy Gilmour, who has been building frames in the area for over 40 years.  The frame is a treasure trove of vintage parts from unmarked Phil Wood hubs to Suntour Mountech derailleurs.  The captain seatpost is an exclusive Columbus post only available to frame builders at the time.  It also has an Avocet headset which is the first I’ve seen, which also matches both saddles.  The rack is so old it still bears the full name of “Jim Blackburn”.  The few modern parts mixed in are a pair of the original run of Crust Towel rack bars sourced from various Kooks across the country to allow stoker and captain to soar along equally wide.  The drops have old skool WTB grips for maximum comfort getting aero when the shellac’d cloth tape is too rough.   Add some 27 inch Paselas so fresh they still have the wrapper on the label and this beaut is rolling! 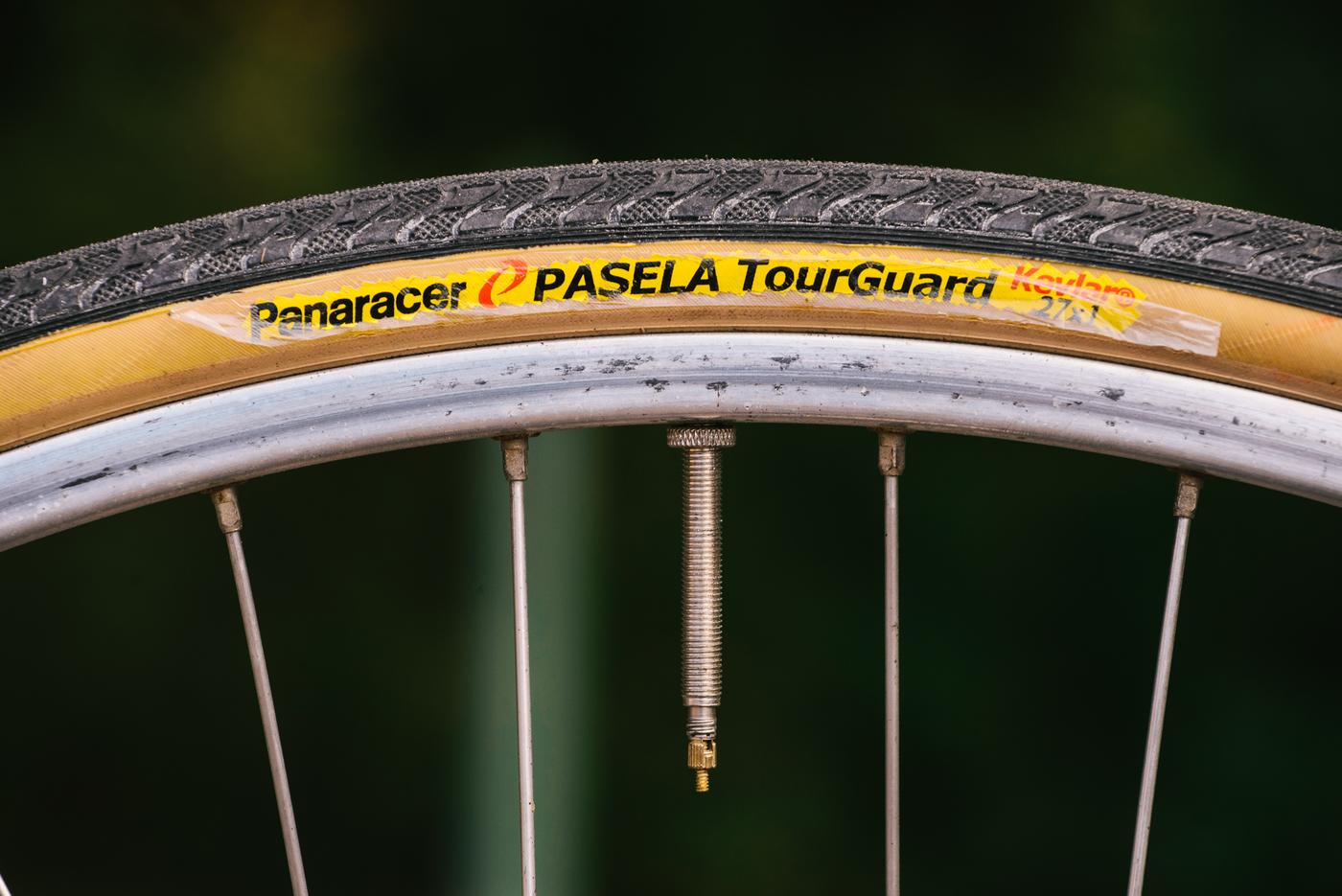 The frame is pretty wild, being almost entirely lugged with two diagonal stays brazed in the center of each triangle.  The stoker control a secondary center pull brake mounted on the rear mid stay for extra stopping power, but then again two old rim brakes isn’t a whole lot better than one old rim brake. The base coat of the frame is a deep sparkly blue with shiny gold accents near the lugs.  A small space scene with planets and stars adorned the lowest tube connecting the bottom brackets as well.  Gilmour’s signature logo adorns not only the head tube but both seat tubes as well. This bike was found as a donation at BICAS, the local bike cooperative, where it was snatched up by a couple who decided that tandems weren’t for them.  It then fell into the hands of Ben, the captain in the photos, who set about to crafting this vintage gem to his liking.  He was lucky in that the bike was almost entirely complete and original when he got it.  The hardest part was finding a matching set of Towel Rack bars.  Ben is hyped to get some miles in on this thing so don’t fret as if it might become a wall fixture. Holler if you happen to be holding onto a 650B tandem rim somewhere out in the void, Ben is looking to make this thing a conversion!