Jackie Mautner daylights as production manager at Breadwinner Cycles, but Untitled Cycles is wholely hers. Untitled allows her to experiment with shapes well outside of the norm in traditional frame building. For Philly Bike Expo, her creation not only explored frame shapes, but also design, and an homage to Keith Haring.  Jackie told me that getting the design perfect took a lot of effort, especially on the seat stays. 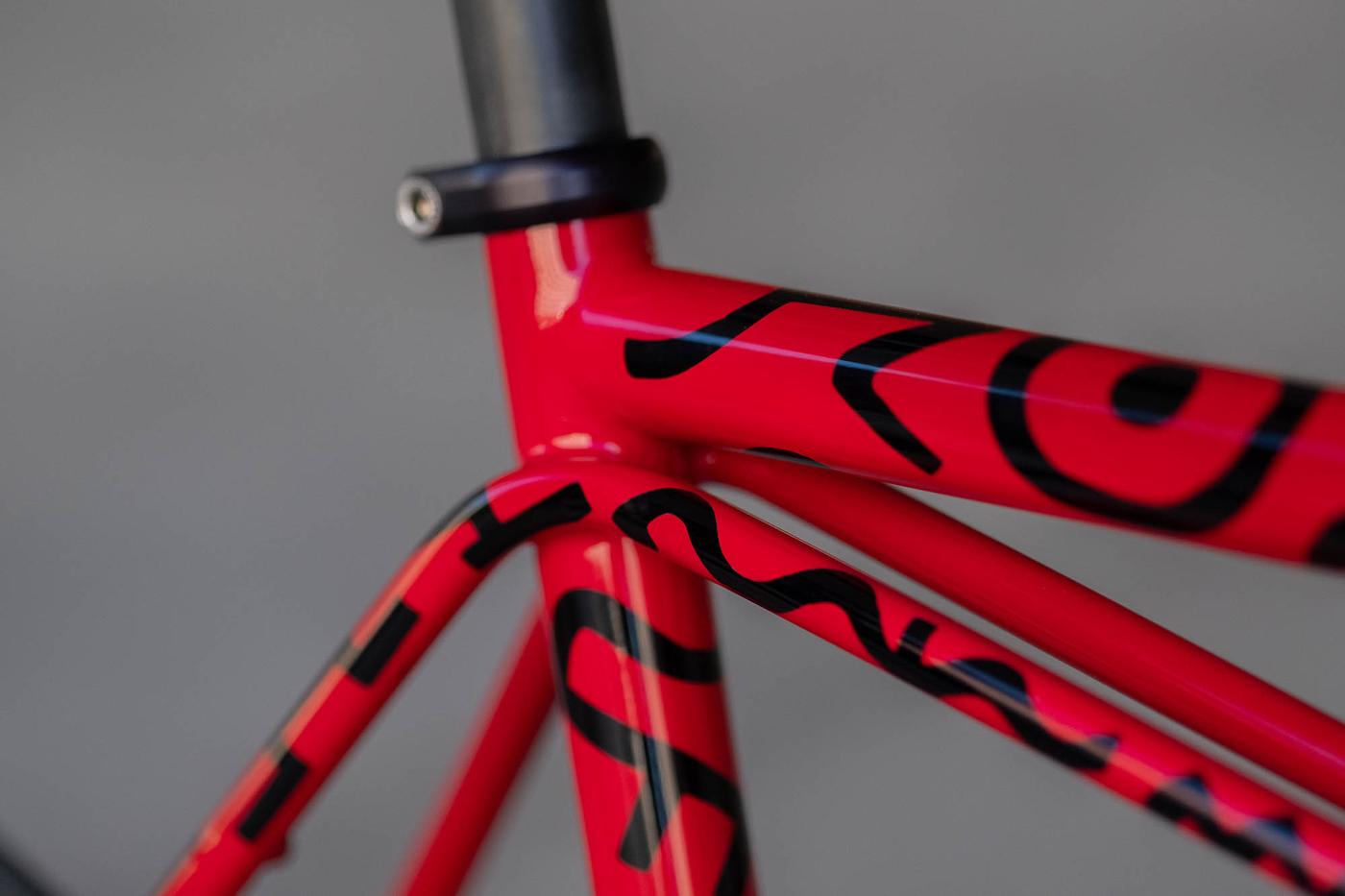 Jakies build is a mix of a SON dynamo hub laced to a Zipp 303 rim, built by Sugar Wheelworks, as they are one of two builders licensed to build Zipp rims to non-Zipp hubs, with a Zipp 303 rear wheel.  A SRAM Red e-tap AXS HRD build kit was used. The handlebar, stem and seapost are all Zipp SL. 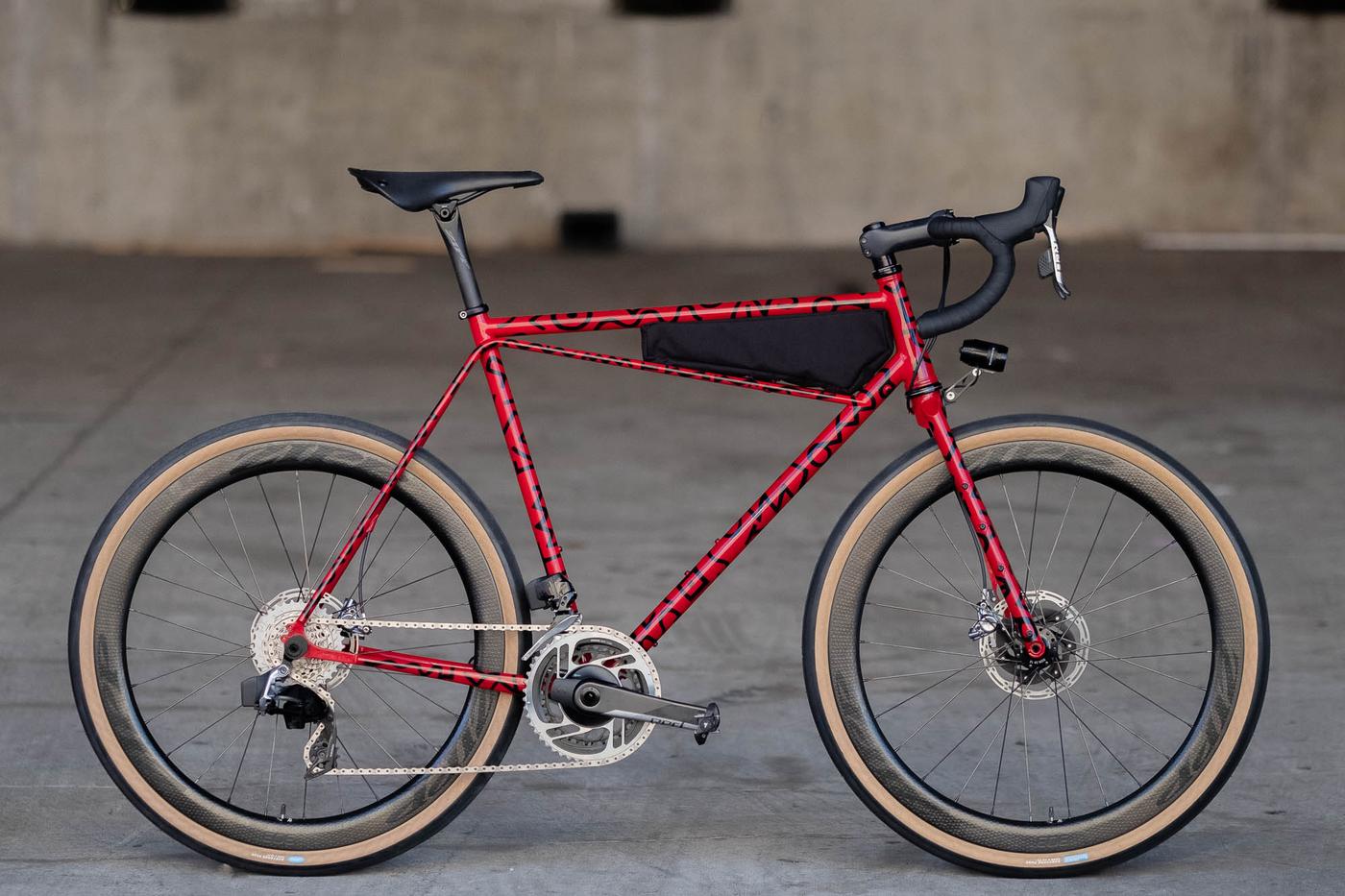 The stays flow into a sub-top tube, that makes a perfect perch for a partial frame bag. A fork provided by Igleheart ties the bike together and has three-pack mounts for going the distance, as this bike is designed around Jackie’s goal of a double century. This bike is striking both visually and technically, with stainless sleeved internal routing that runs from the downtube junction through the seat tube to where it peaks out, due to the SRAM caliper used this was achievable. It’s a detail where the construction and componentry create harmony.