In the mountains of the State of México, about two hours by car to the west of México City, there’s a little town named San Simón el Alto; in this town, there’s a house which would pass as any other house save for the sign that reads “Bebidas exóticas”, exotic drinks, and an outdoor bar, a Biergarten if you will, with chairs in an inviting position. Wandering in the garden, a big turkey makes sure everything is in order and slowly approaches whoever stays idle for too long, be it dog, cat, or person. To the right there’s the house and one of the doors opens up to reveal two sewing machines, rolls of Xpac and Liteskin, and a few half-made bicycle bags. This is Peregrinus Equipment, the bike bag enterprise run by physicist, cyclist, and nature enthusiast Nicolás Legorreta. Back in 2014, when Nicolás was 18 years old, he was heading to the southern end of the American continent on his bicycle and found out that to reach places that weren’t on the highway he had to take dirt roads. Somewhere in the Andes, he was caught in a storm which froze and then exploded his panniers, and he arrived at the city of La Paz, Bolivia, with his panniers barely holding on to his racks. As he was staying in the Casa Ciclista he met Cass Gilbert who introduced him to the world of chubby tires, rackless bags, and traveling light. With a borrowed sewing machine he created his first set of soft bags to replace his broken panniers, and that’s how Peregrinus Equipment was born. Nicolás learned by himself how to use a sewing machine. His experience in bikepacking mixes with his expertise in the laws of physics to bring to life bags that can withstand the conditions of an off-road bicycle trip, which go through careful testing and improving when he takes them on his rides. He first started to make bags for his friends that wanted to have the same bags he had, then he opened his agenda for anyone who wanted a custom frame bag or any of the other models he offers, which he names after the states of México. He shows us his handlebar bag, the “Durango”, an older version that he’s been using and modifying as needed but any time he makes a new one for himself, someone comes and snatches it off his hands. 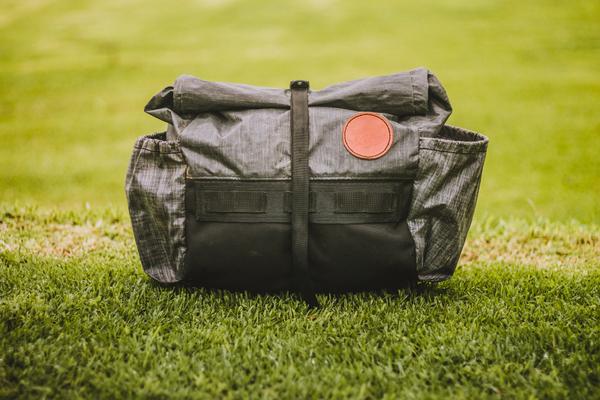 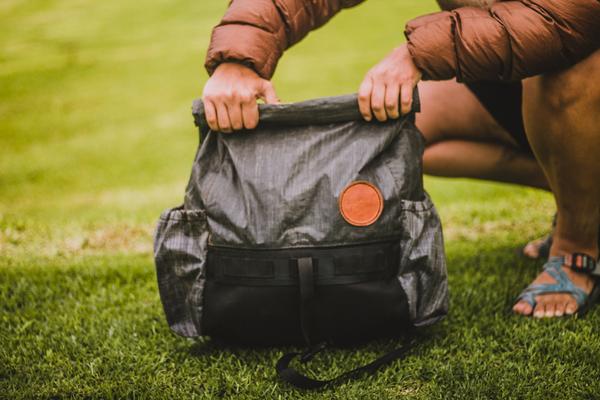 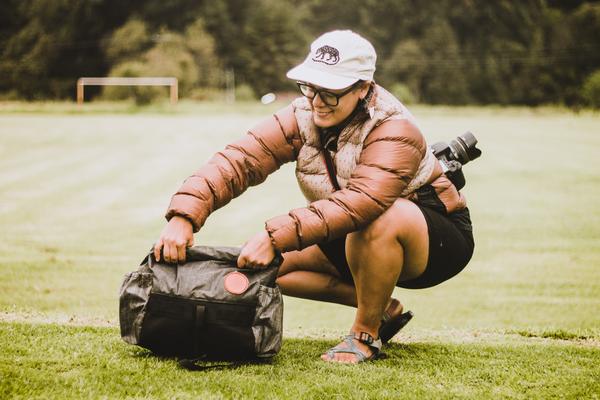 The brand is named after the Peregrine falcon, an often seen bird during Nicolás’ rides; inspired by its agility, migratory habits, and almost worldwide presence, it’s portrayed in an attacking position as the logo of the brand. Nicolás’ partner, Rafaela Tellaeche, is the artist behind the design of the very dynamic patch that goes on every bag. As a recent addition to the Peregrinus’ line Nicolás is offering bags with strips of fabrics elaborated by artisans in Oaxaca and Chiapas, states known for their weavings made on a loom; this is gonna add a few grams to your shiny Liteskin bag but also some life to that boring gray fabric, and it will look damn good in my opinion. 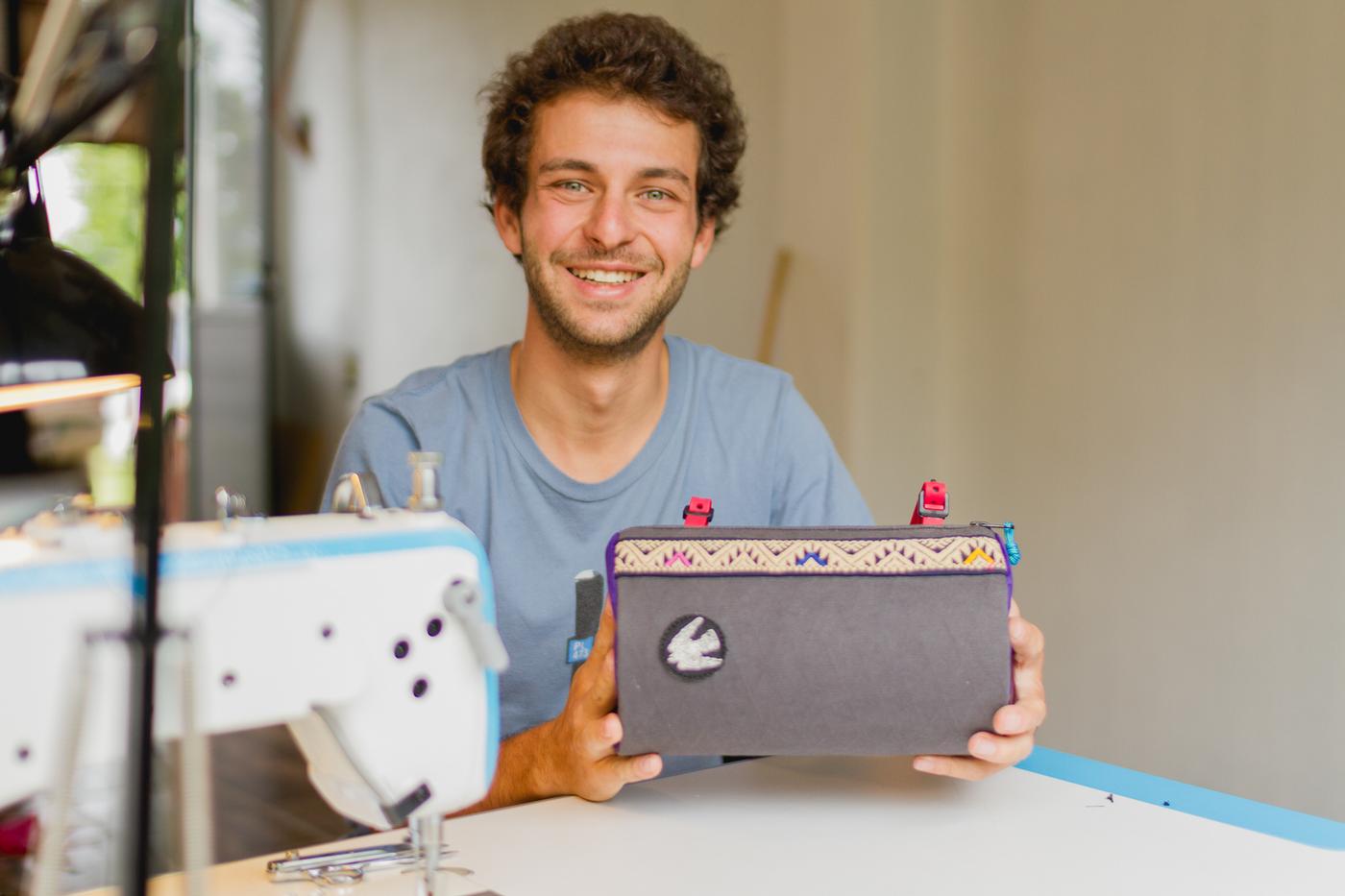 Nicolás’ next goal is to have a few bags in stock for quicker shipping and to put on a shelf in a México City bike shop and for that he’s hired Diana, an 18-year-old San Simón local with plenty of experience on the sewing machine who will contribute to improving the bag making process. While Karla and I were there Diana came for her first day and Nicolás showed her what Peregrinus is about and made a handlebar bag for her to see. We got to witness Peregrinus Equipment’s bags in action in an overnighter through rainy conditions and very rocky roads, and we hope to see this project evolve and contribute to the growing bikepacking scene in México. Nicolás offers international shipping too so go take a look if you’re in the market for some light but pretty looking bags!