AJ and I try to ride as much as we can together. We both push each other and have a blast goofing off and talking about ancient astronaut theories. Ok, maybe not me so much but he believes we’re all gonna die next year. Anyway, these ledges in downtown Austin are great. There’s three of them, with this one being the highest. They grind great and are just high enough to work on some more difficult grind combinations. On Tuesday, AJ wanted to get some pedal feebles to 180 on video and photos, so I set up and did my thing as he cranked through and half cabbed his way to some solid clips. 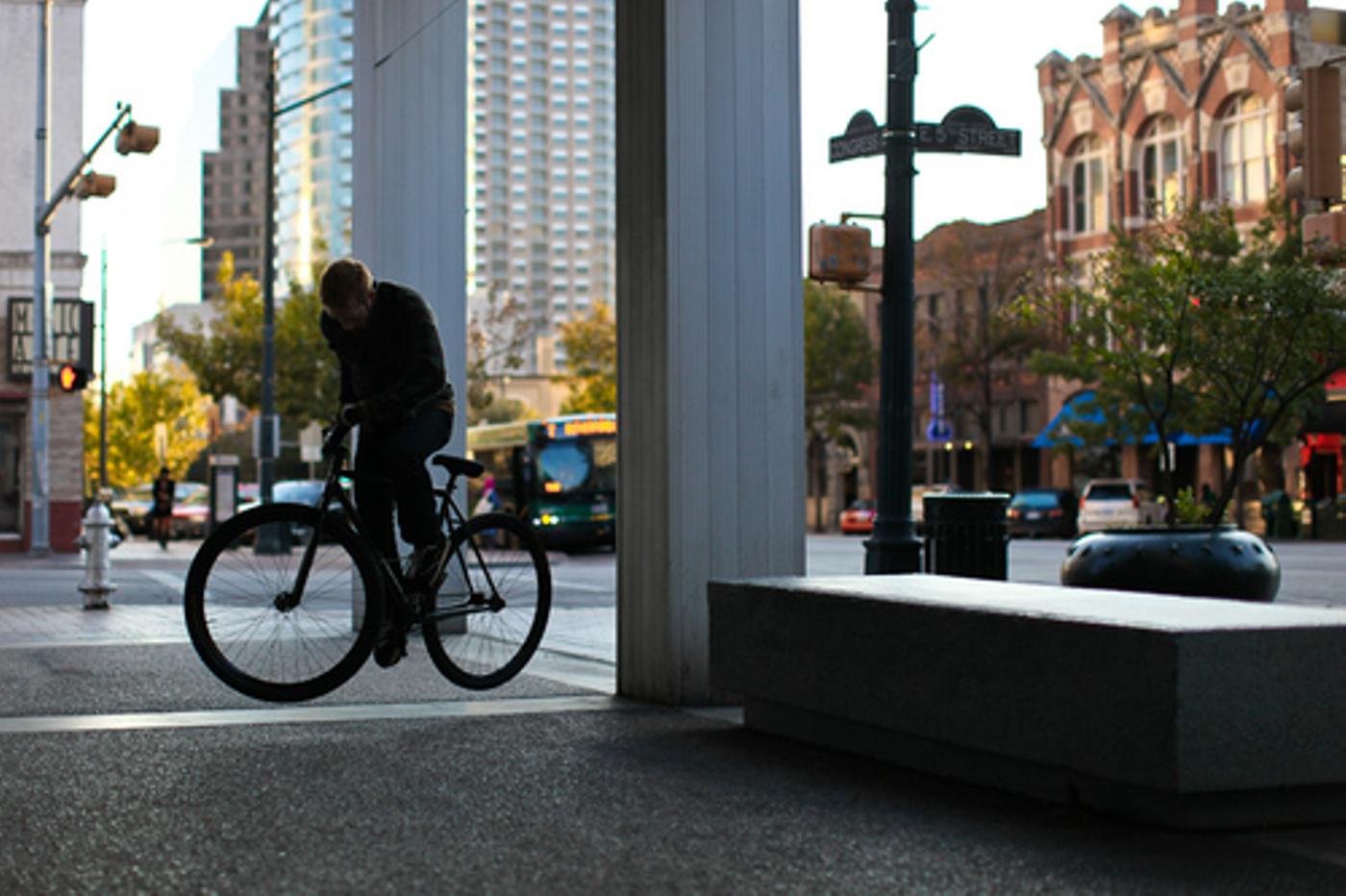 After we pulled some clips, he nose-manual’d the bench. Pretty slick. Check out more photos at my Flickr.