Saying goodbye to the cordillera...

After spending a year riding the constantly undulating roads in the Cordilleras of Perú and Bolivia, it was time to switch it up just a bit and head out for the altiplano of Bolivia’s volcano-laden western region. This is the area where most cycle tourists head when passing through Bolivia and it’s also the place where the country really earns its reputation of vast open spaces with an endless array of sandy/corrugated roads, and other-worldly landscapes. 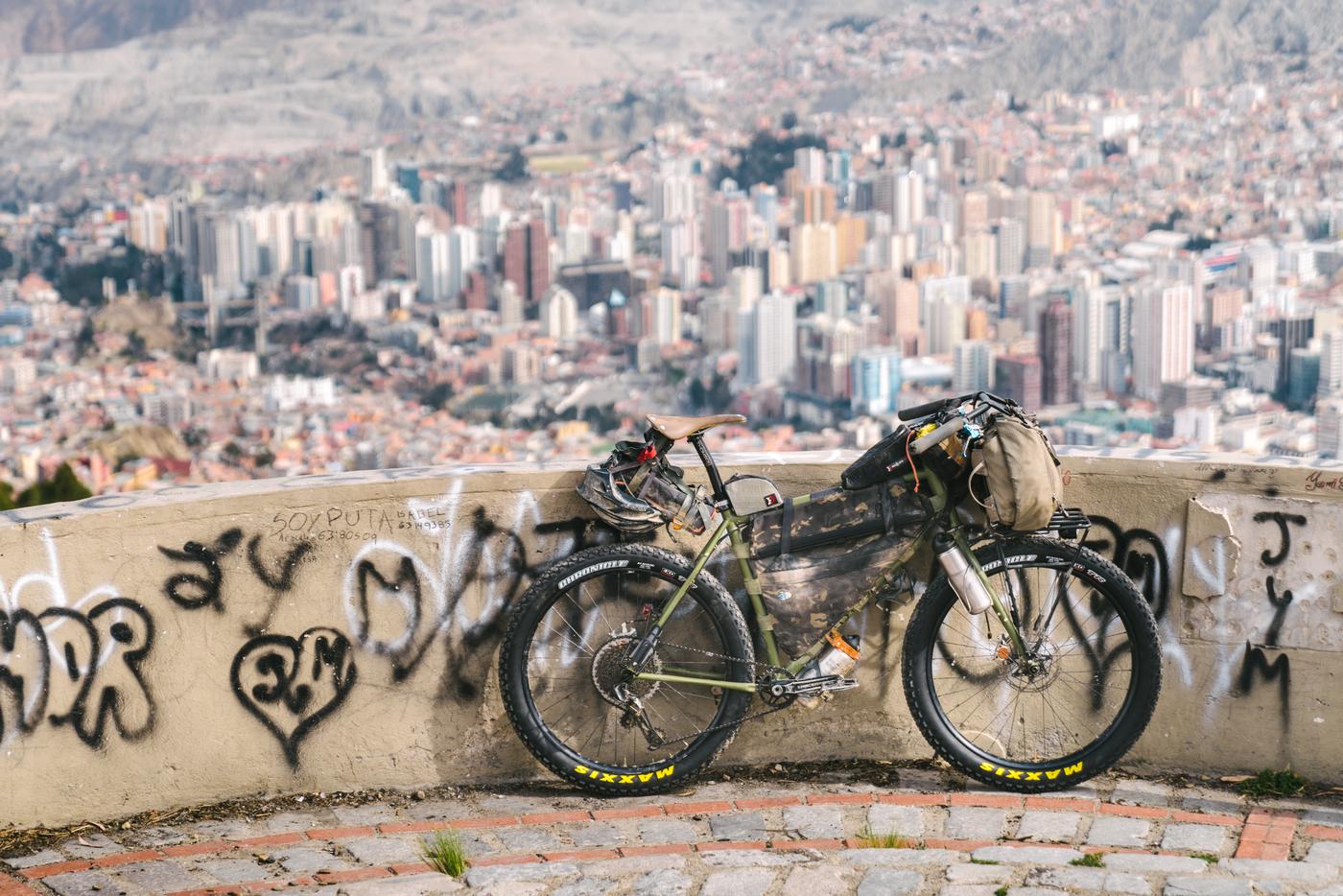 While places like the Yungas and Cordillera Real bring the challenge in the form of steeply pitched roads that seem to go on forever, the altiplano isn’t without its challenges. Notably, the care-free days of riding with a few liters of water at a time and constantly passing streams and villages to refill along the way start to fade from memory, making planning a bit more important. Here the water is spread out and often on the outer fringes of palatable thanks to the salt-rich ground it flows through. 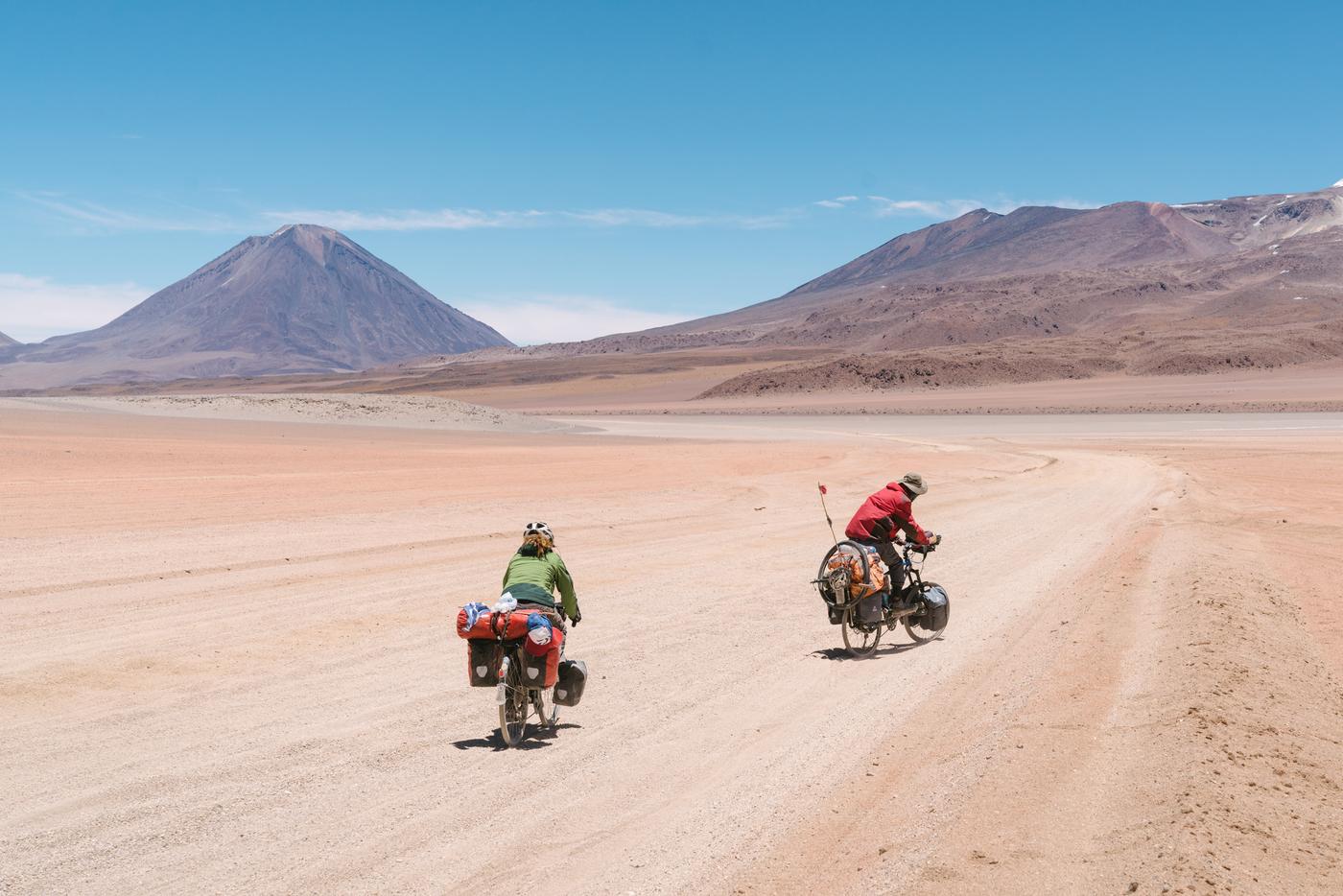 The other challenge is an invisible one that won’t show up in any photo, but if you spend much time riding a bike in this part of the world, it’ll certainly show up in your memory… Wind. You can always count on it. It’s like a mid-day alarm clock. Typically calm in the mornings, things tend to change quickly at around 1pm. The days of riding until the last moment of sunlight and pitching your tent in the spot that gives you the perfect morning view turn into contemplating which abandoned building provides the best shield from the walls of sand that will almost certainly be launching through the air. 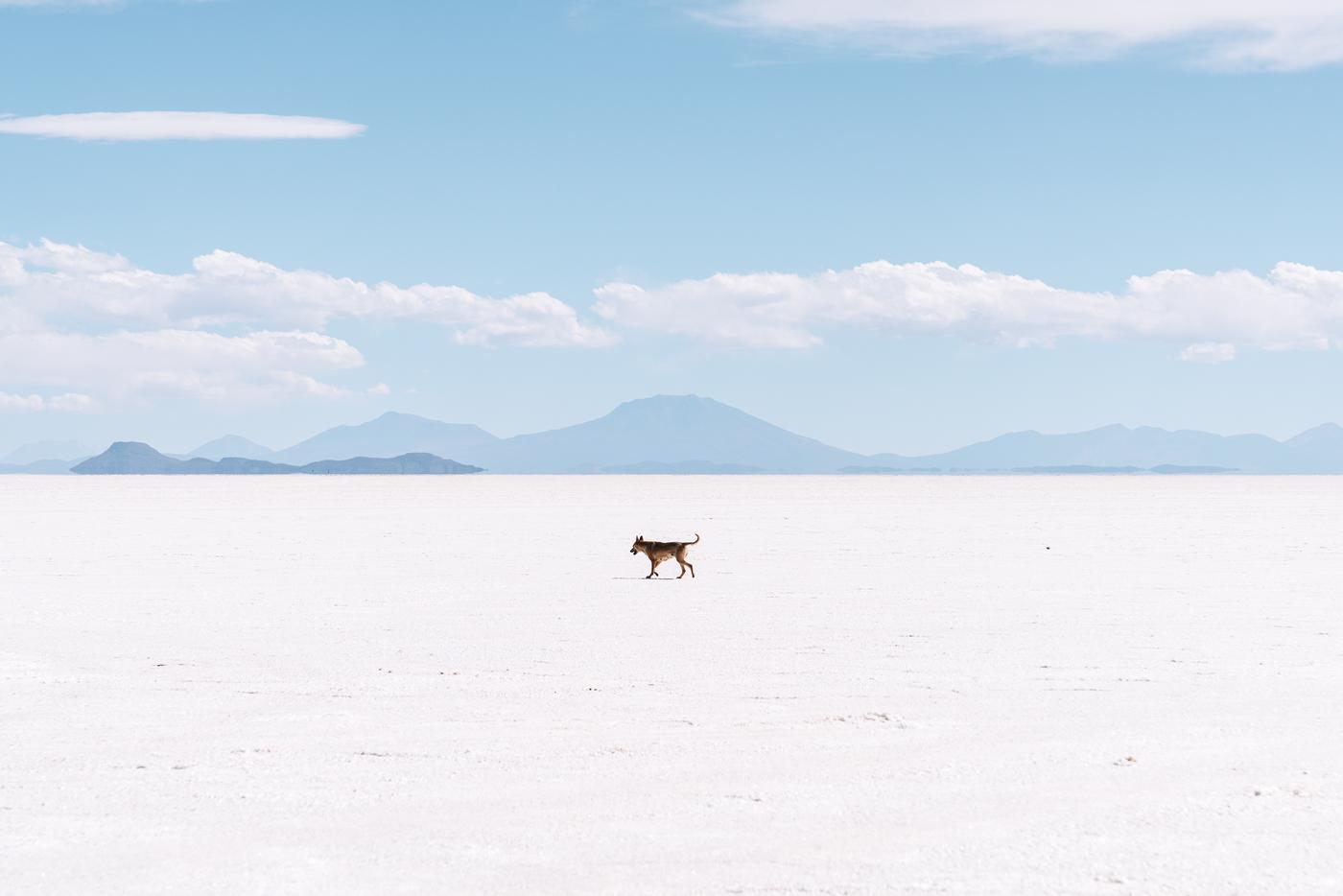 This part of the country is also home to the majority of the main tourist draws in Bolivia, which gives it a distinctly different feel from the places that don’t cater toward foreigners in areas to the east. Every tienda (shop) is stocked with western treats like overpriced Snickers and Kit-Kats, and no one is particularly surprised to see you passing through on a bike since this is one of the few places where the “roadie” tourist path intersects with the “off-roadies”. So, it’s only fitting that after running into only a small handful of other cyclists in my first year-plus of traveling through South America, I seemed to run into them around every corner in Western Bolivia. 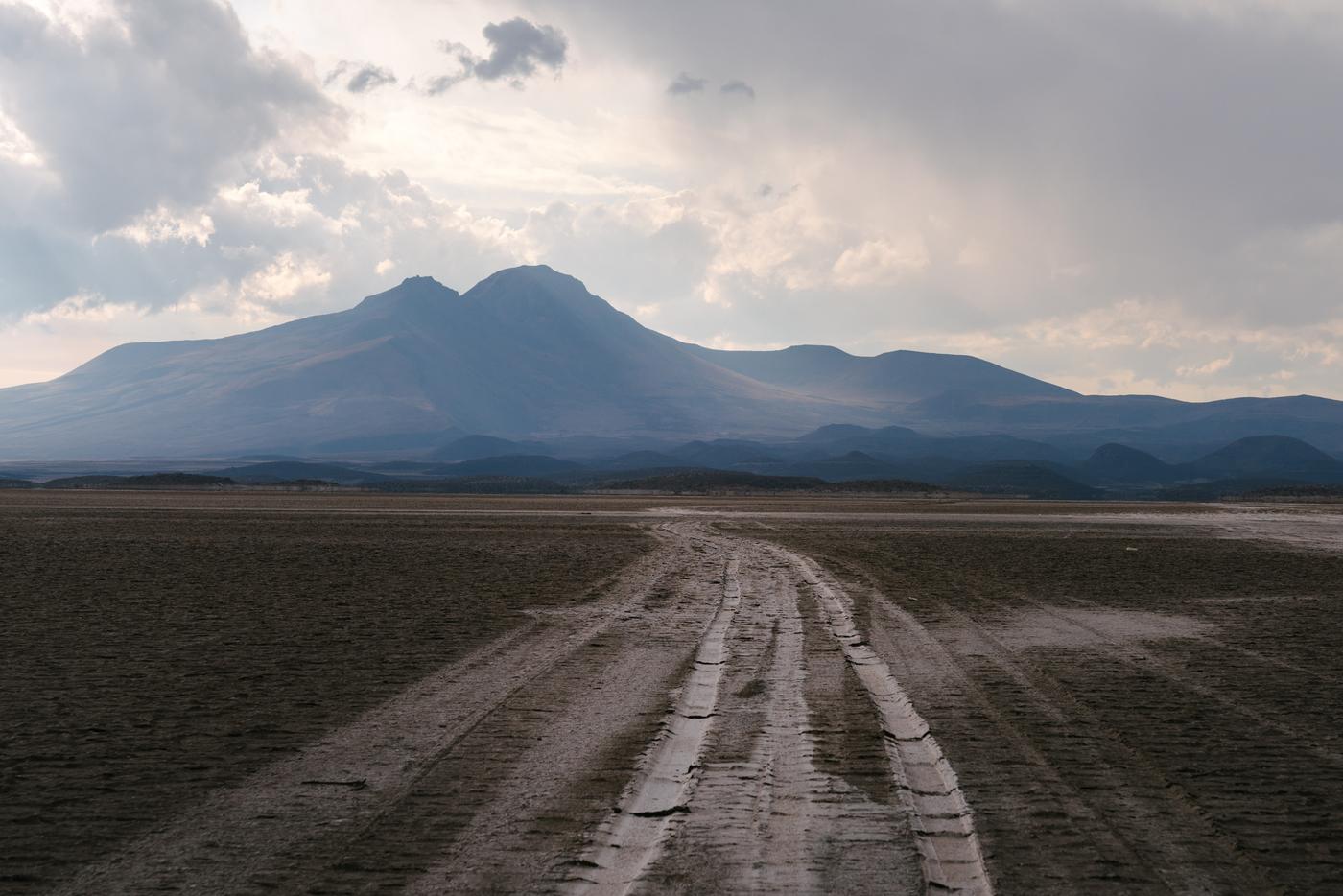 The Salar De Uyuni is certainly the main attraction that brings travelers to Bolivia. At 10,582 square kilometers, it’s the largest salt flat in the world by a good margin, and a truly unique place to cross by bicycle. The ground resembles something like a super-hardened ice that has somehow lost its slipperiness. This can make it a bit tricky to camp on since tent stakes generally don’t like to be driven into the cement-like surface, while the imminent evening winds will undoubtedly persuade you into figuring something out. In my case, some well-placed salt chunks worked as good anchor points instead of stakes and kept me from tumbling across the salar all night. 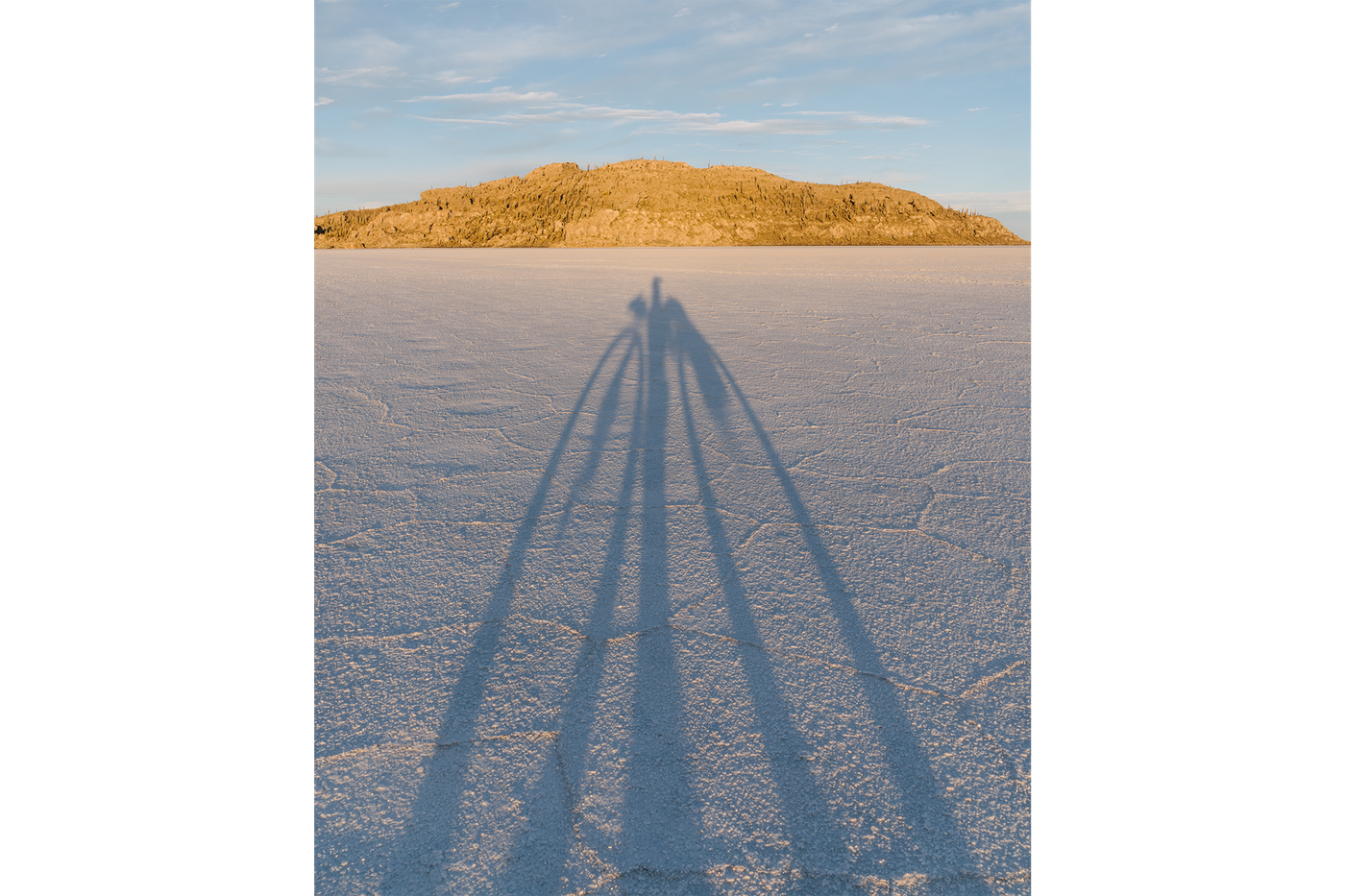 Riding across a salt flat as large as the Uyuni tends to give you the sensation that you’re riding on a treadmill. No matter how fast you pedal your way across the smooth(ish) surface, nothing on the horizon ever really feels like it’s actually getting closer. Still, riding here at sunset feels as otherworldly as anywhere I’ve been, so it’s easy to understand why so many people are drawn to this endless slab of salt every year. 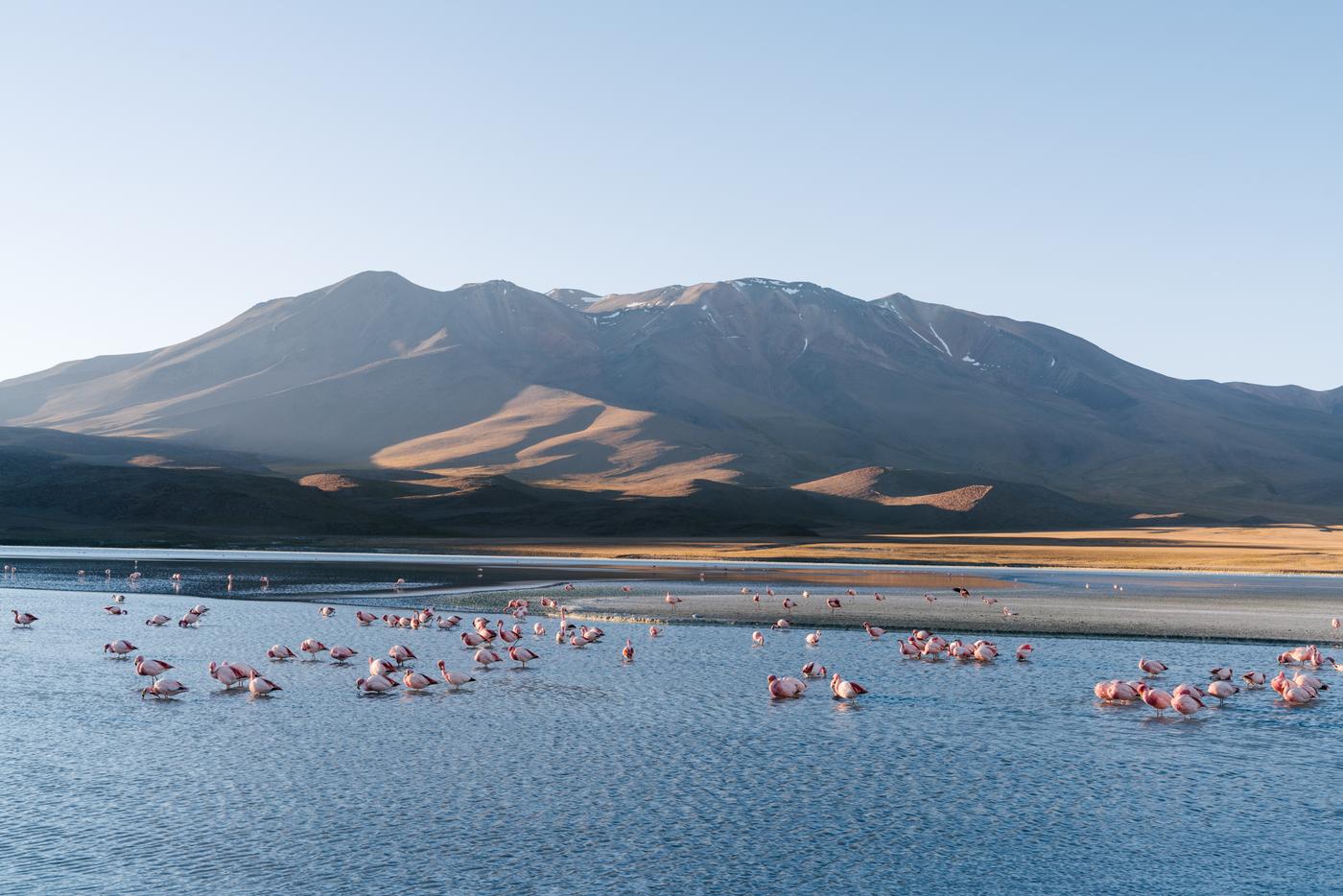 Following the Salars it was off to my final stop in Bolivia, through the famed “Ruta de Lagunas” of the south. Known for Flamingo-filled high altitude lakes in a variety of colors and (to cyclists) the horribly washboarded and sandy roads that pass through the area. In this regard, the laguna route certainly lived up to its hype. With basically zero towns around, the only traffic the area sees is from 4X4 jeep tours, which have exploded in popularity over the years. Despite being designated as a national park, there are still no regulations or rules for these jeep tour guides, which means the area is essentially wall-to-wall tire tracks of drivers trying to avoid the corrugated paths, while another poor track forms under their tires. This means you’re in for a bumpy ride and there’s nothing you can really do about it… Despite the drawbacks of the tourist “traffic”, the Ruta de Lagunas boasts some truly spectacular scenery, and the side-benefit of meeting and riding with other cyclists along the way was a welcome change. 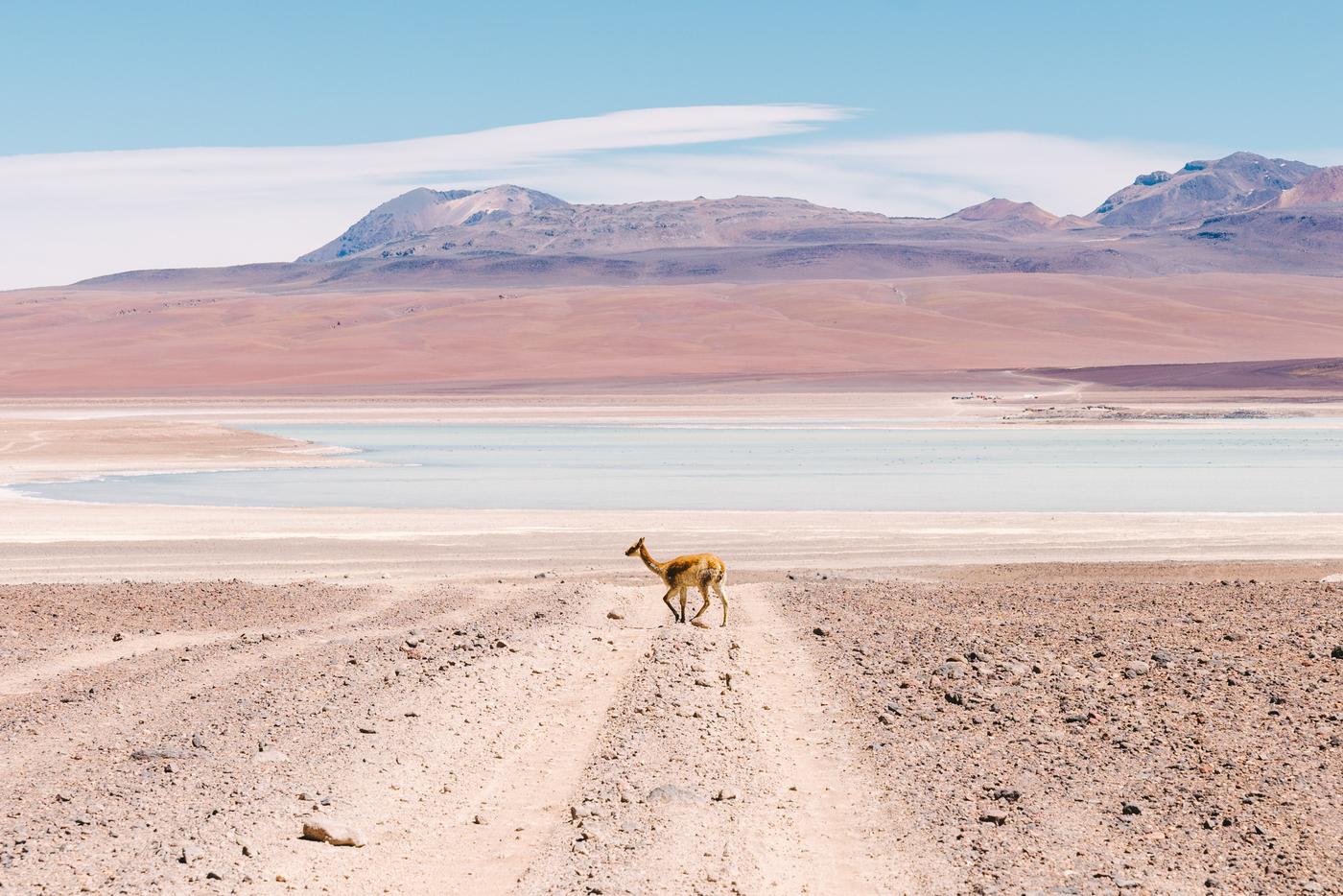 After 5-plus months in Bolivia, it was time to finally take the long plunge into Chile and get my first peek at the driest desert in the world, which happens to be my next destination… The Atacama.