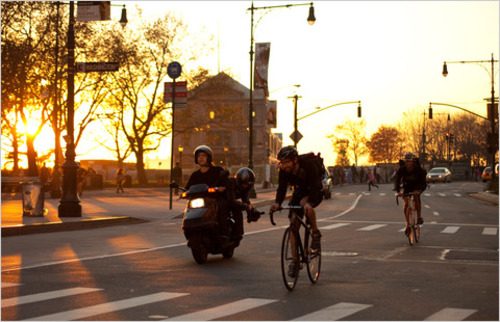 As a follow-up to today’s earlier post on COG 08 and Empire, the NYTimes’ City Room blog, Spokes has a great editorial up on bicycles and film in NYC. It’s easy to see why track bikes exploded in this city and why cycling is on a steady climb in the Big Apple. Really really great read with tons of videos and historical facts.