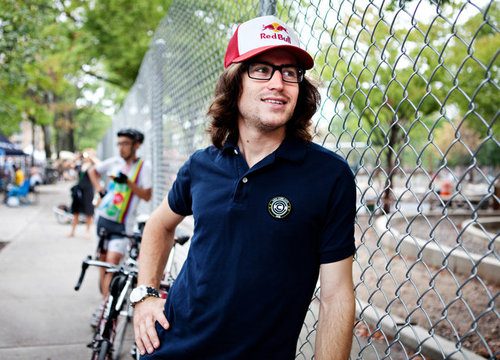 Photo by Julie Glassberg for The New York Times

This is rad and I’m glad Austin’s ECMSR is getting some much-deserved publicity. Hell, it’s the NY Times! Here’s an excerpt.

On a side street in Park Slope, Brooklyn, Austin Horse cobbled together an impromptu podium last weekend out of a plastic milk crate and a case of Red Bull.

The scene, more reminiscent of a garage-band festival than a bicycle event, captured the spirit of the East Coast Messenger Stage Race, Mr. Horse’s hastily arranged, informal competition for a small group of hardy riders — mostly bicycle messengers — from across the country. The five-day race, through a tangled network of roads from Boston to Washington, was the latest project for Mr. Horse, a competitive cyclist and bike advocate who has emerged in recent years as one of the best-known figures in the city’s brigade of professional messengers.

Check the full article out here!