When I met first met Nate, he didn’t like “East Coast Riding”. He was into skids and rollouts. Ever since he’s been coming out to Peel Sessions and riding on the weekend, he’s slowly been saying he wants a trick bike. He rode Jeremiah’s BMW and was amazed at how much fun it is to ride a bike meant for a beating. Since getting my Milwaukee, we’ve been actively discussing the changes that will need to be made. I only had a few critiques of the large frame, but wanted some more critique on the small and mediums. Tony Fast is riding a small frame in Philly, but I wanted some local feedback.

I pulled a few strings, sold my soul and got Nate and Chris a prototype. 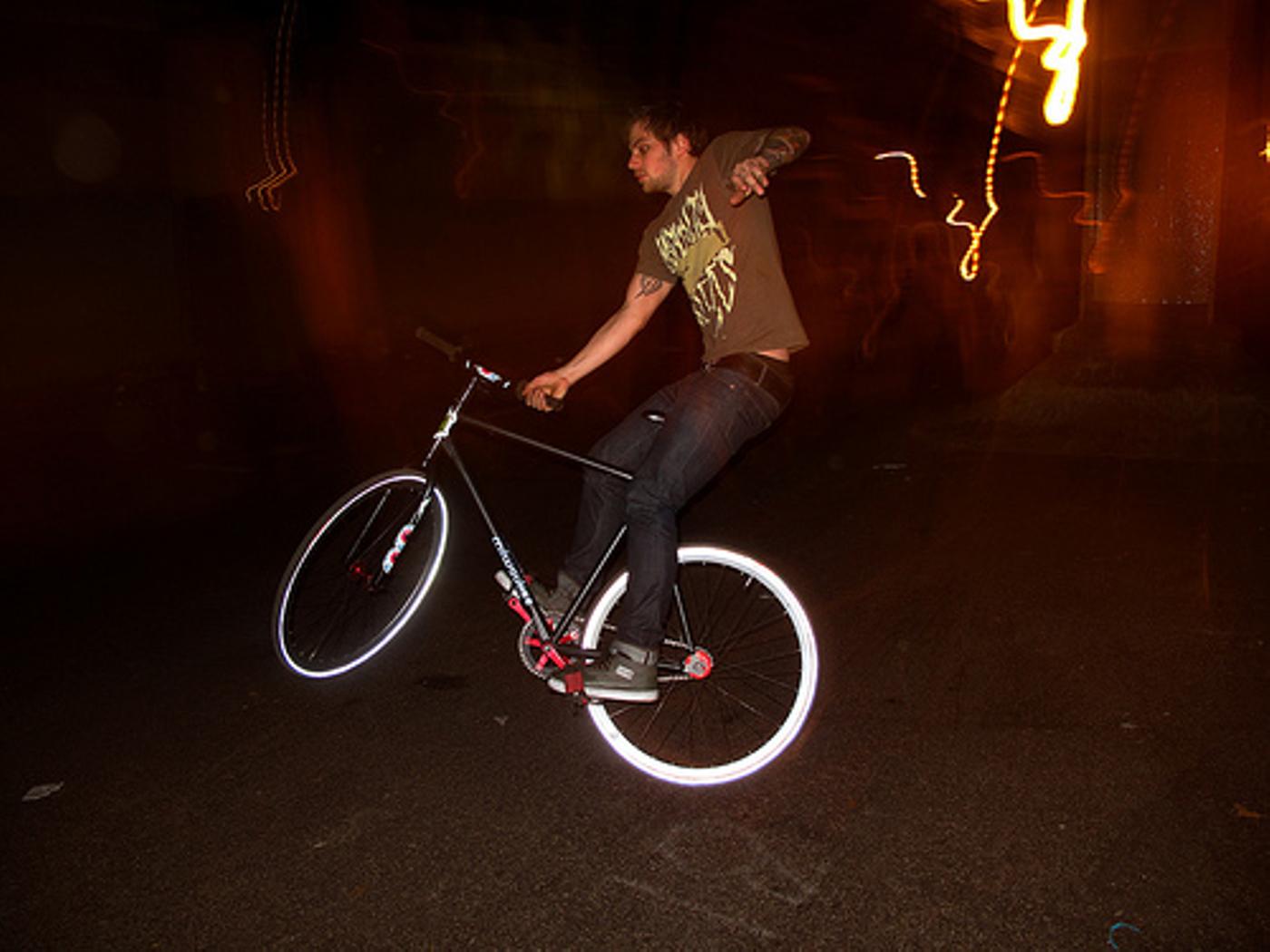 The guys rode the bikes for the first time tonight and after dialing in the fit a bit, both acclimated pretty quickly. Nate even surprised all of us…

Nate’s a Hater pt. 2 from John Prolly on Vimeo.

This was after an hour and me telling Nate to “humor me and try a 180”. One SFr’s been converted. Who’s next?