For the past few years, NAHBS has been covered quite extensively here on the site but going into the show this year, I felt like I needed a change, so leading up to the event I had already mentally planned on covering it a bit differently, I just didn’t know how. When the show opened yesterday, I quickly found that covering it in a different manner wasn’t just an option, it was mandatory. My usual methodology of shooting and documenting bikes was not going to work. The show in Sacramento feels bigger than in years prior, maxing out space, and thus not giving me any options for shooting on the floor, so I had to think quick.

Finding a small alcove just outside of an exit, in a less than ideal location, I was able to document some bikes but found myself enjoying walking the venue talking to builders and attendees, something I rarely had time for in years prior. This allowed me to really enjoy the show and mix the coverage up a bit, providing a more well-rounded viewing experience. I’ll be presenting the show in a series of galleries this year, with most information in the gallery captions and complete bikes broken down below, so enjoy! 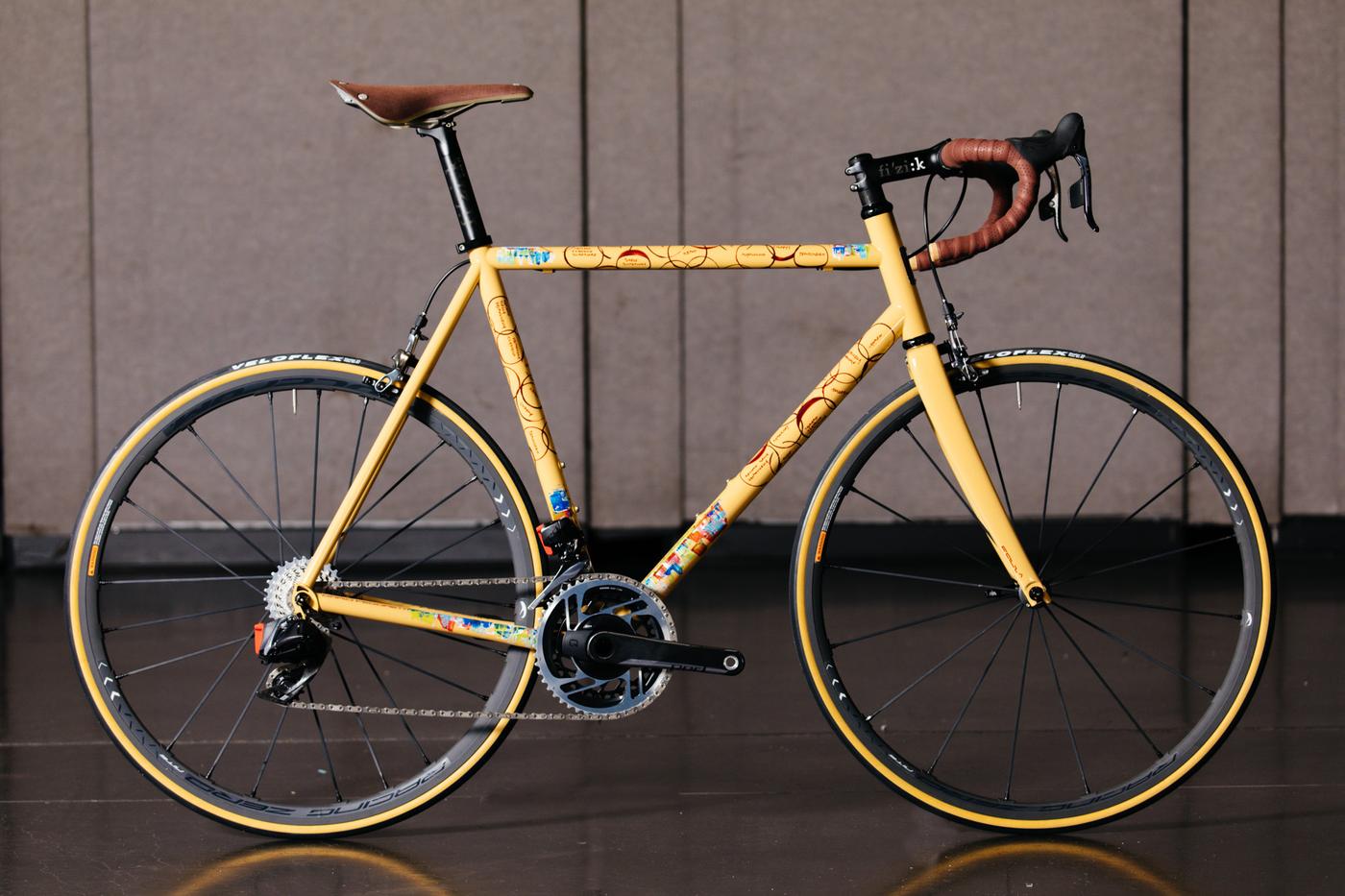 Pegoretti Per te Dario – for you, Dario – with SRAM Red AXS

This Mxxxxxo frame is the principal model in development within the Pegoretti workshop. Named after Dario’s father, Marcelo, due to their complicated love/hate relationship. The paint scheme was inspired by the wine stains found on dinner settings after long nights of drinking, particularly in the regions of Valpolicella and Soave, where Dario lived and now rests. This bike was built to honor Dario and to continue his legacy. Don’t worry, the Pegoretti name lives on through new bikes built by Dario’s right hand man. 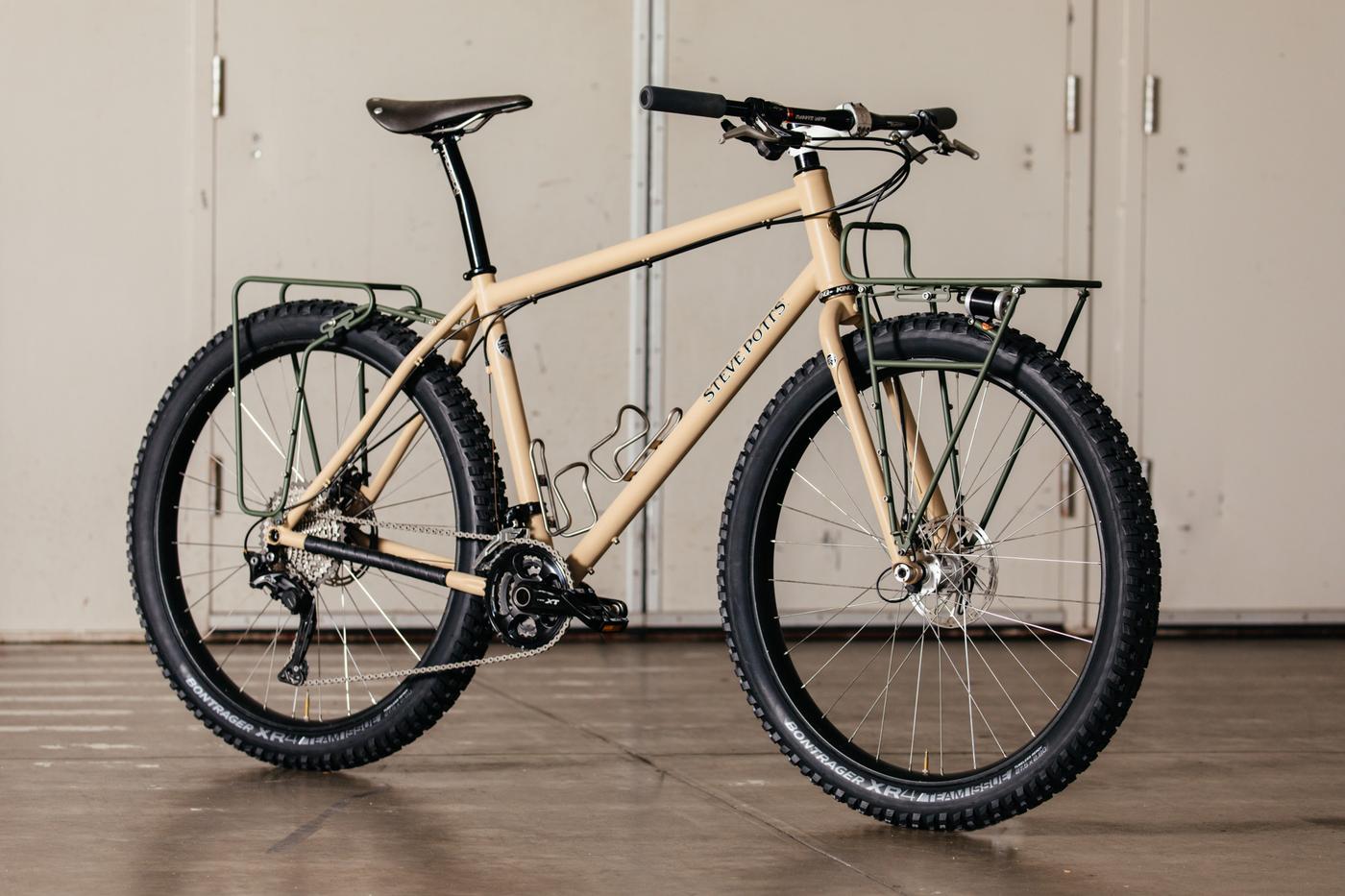 Steve Potts knows how to build a bike and the gang at Monkey Wrench Cycles know this, pinging him to construct a run of trail tourers for their shop in Nebraska. These bikes are non-suspension corrected mountain bikes, built with provisions for racks, a 1x or 2x drivetrain and plenty of clearance, Clarance. This particular model is equipped with the new Pass and Stow rear rack – coming soon – which is designed to hold two anything cargo cages and utilizes a small platform to be used as a bag support, or a lightweight rack. 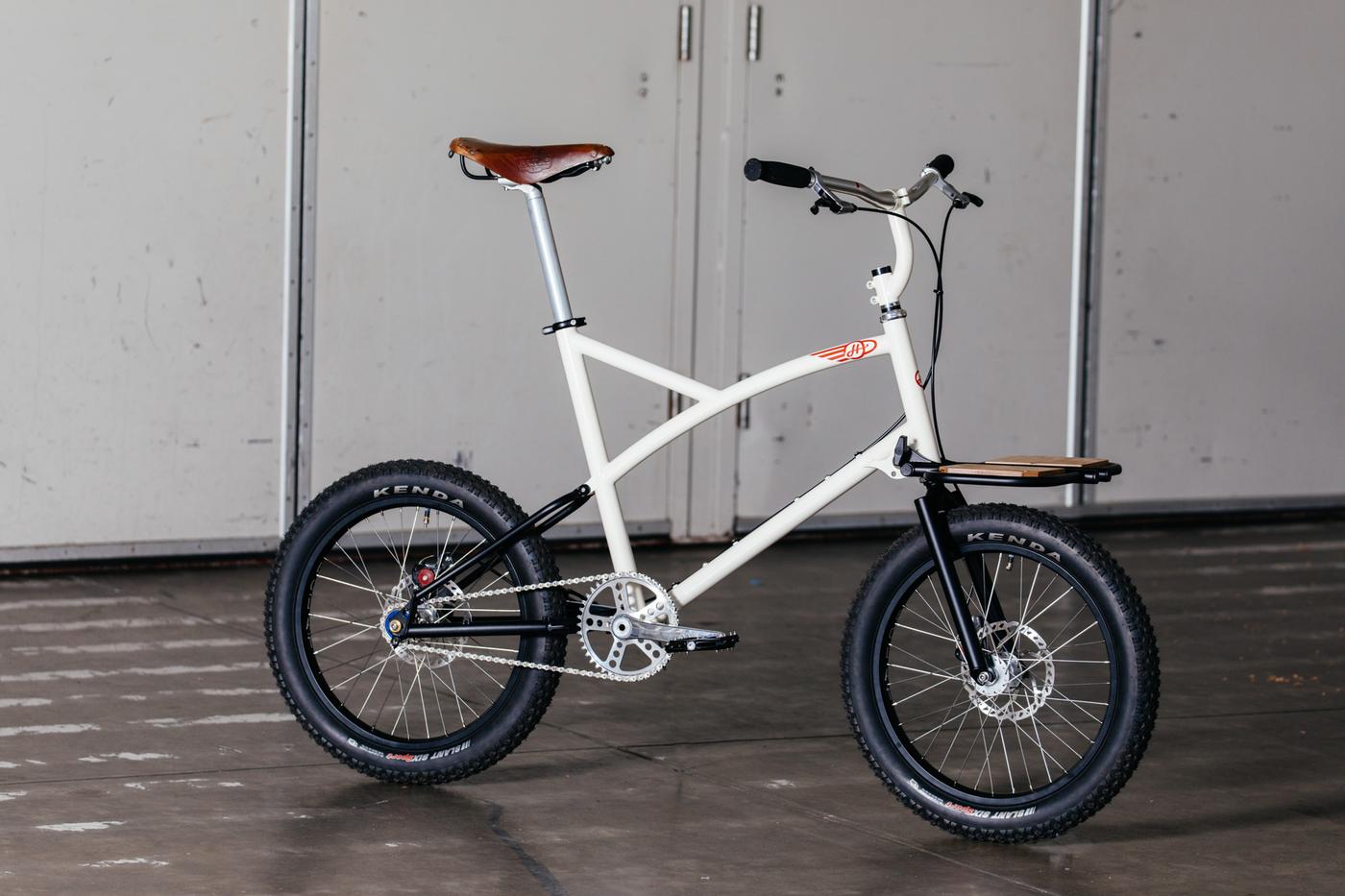 Big cities mean oftentimes small living spaces and little to no space to keep bicycles. Creating a unique folding bike in a space dominated by Bromptons and Bike Fridays, Rick Hunter wanted to inject a bit of his constructeur creativity with his own design. Now, for Rick, there is no “NAHBS build” he just builds bikes like this. All those plates, the yoke, the rack, the stem, are all made by Rick. He’s not a kit of parts kinda guy, he’s a do it your damn self-builder. The front platform folds up, as does the rear triangle, which is a little more involved, so I opted to not attempt it at the show. This bike is for sale and is a model for how Rick is offering bikes now, in small production runs for sale on his Instagram, so give him a follow if you want a unique and functional bike. 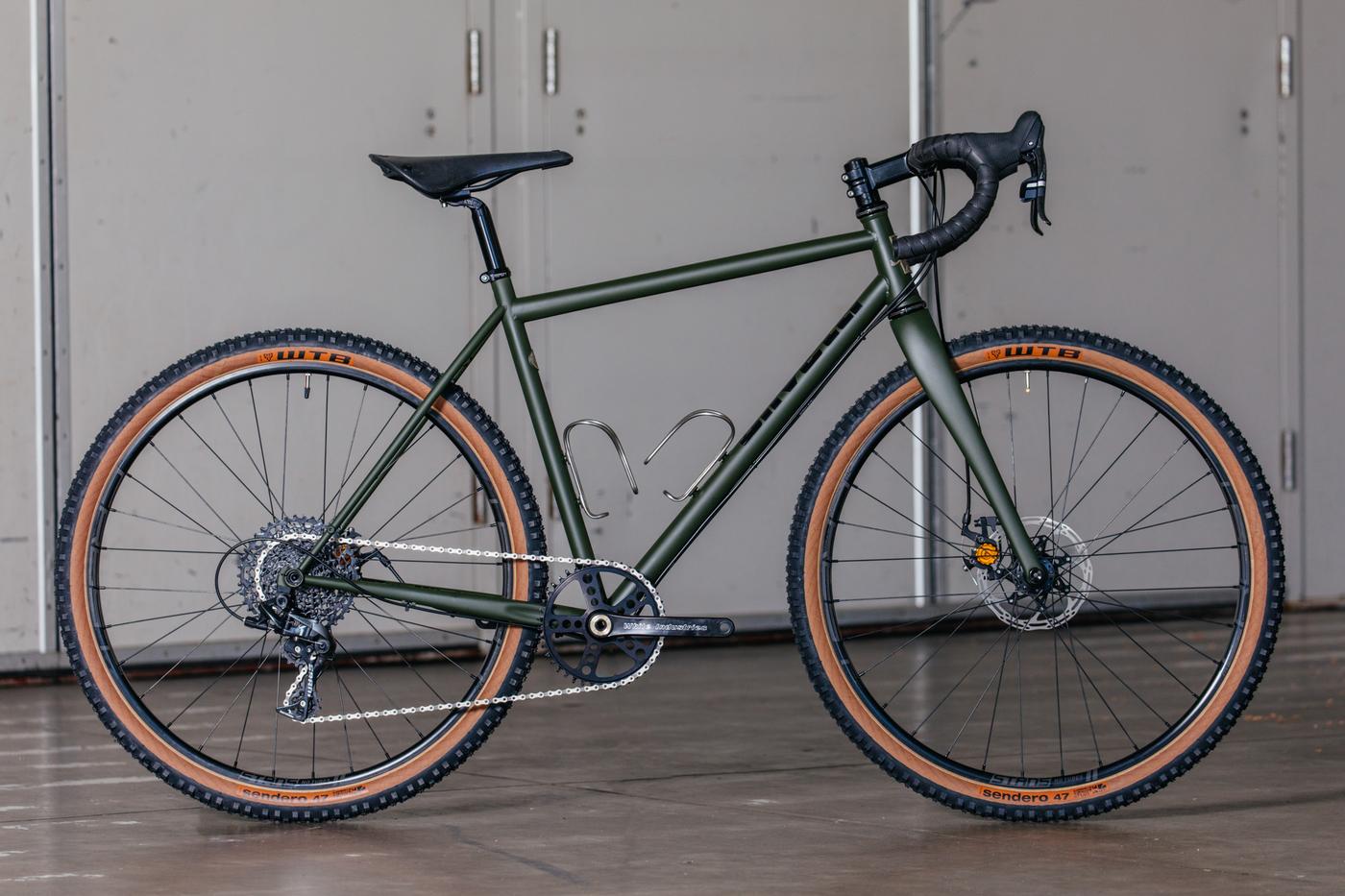 What can I say? I’m a sucker for olive drab bikes. Particularly chubby roads like this. Olivetti designed these bikes to fit either a 700x45mm or 27.5x50mm tire. It’s a no-nonsense bike that is at home on many road types, from bitumen to the burliest fire roads, it’ll smoothly traverse anything you point it towards. 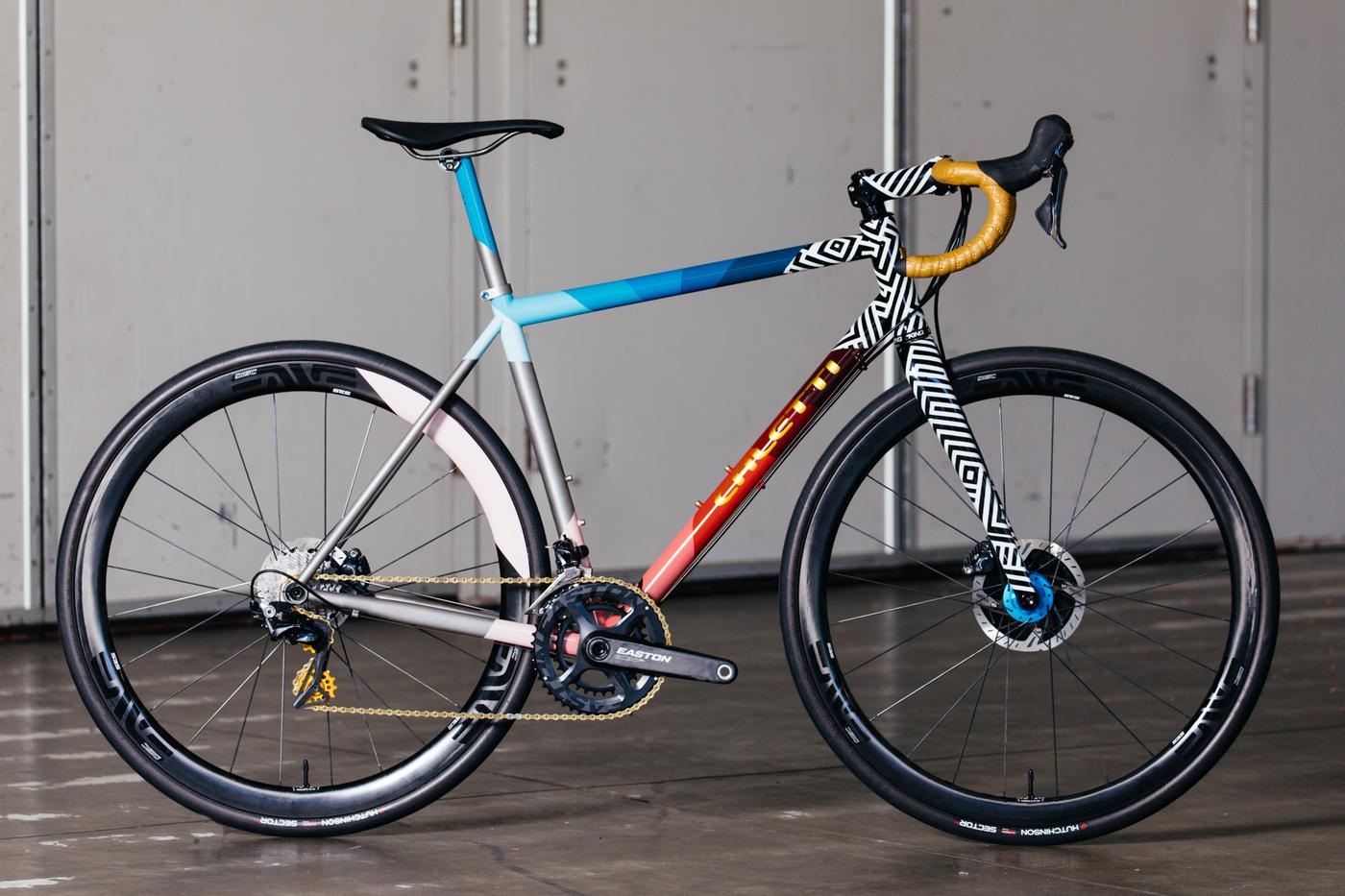 With a paint scheme designed by Jeremiah Kille, this titanium Caletti All Road is a bike that commands your attention when you enter their booth. With a wild razzle-inspired front end and pastel waves of color colliding throughout the rest of the bike, it’s anything short of subtle. It’s a 55cm bike and is for sale at the show. Holler at Caletti for details. 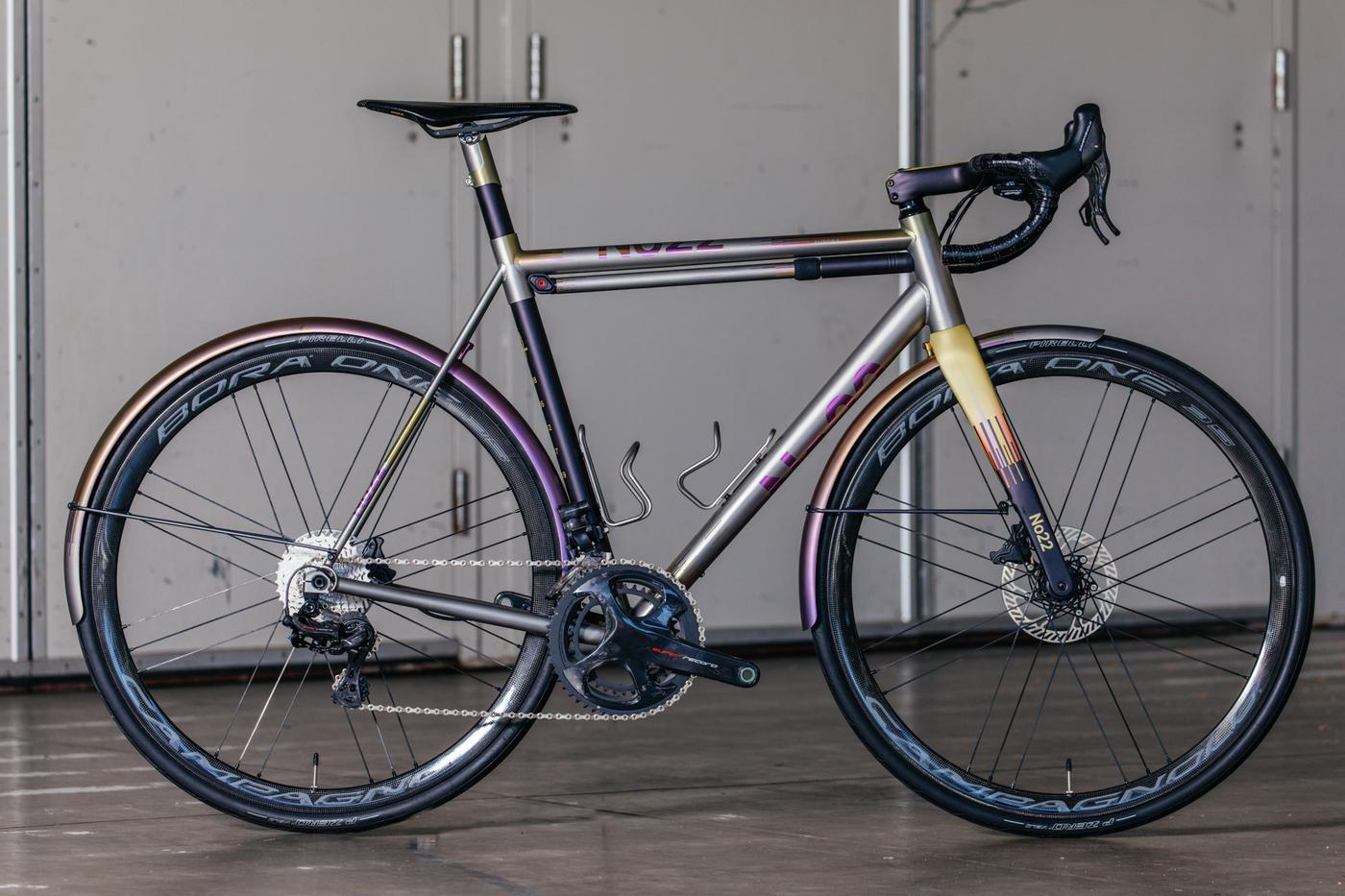 The Aurora is No 22’s flagship disc road bike and this year at NAHBS, it is the launch pad for a few new products from the brand. Yes, those are titanium fenders, and yes, that is a new fork as well. No 22 is releasing their own line of forks, with hidden fender mounts, internal routing, and their disc road fork clears a 35mm tire. No 22 always brings such elaborate finishing jobs and this one might be the wildest one yet. The Aurora is a made-to-order bike, so see more details at No 22. 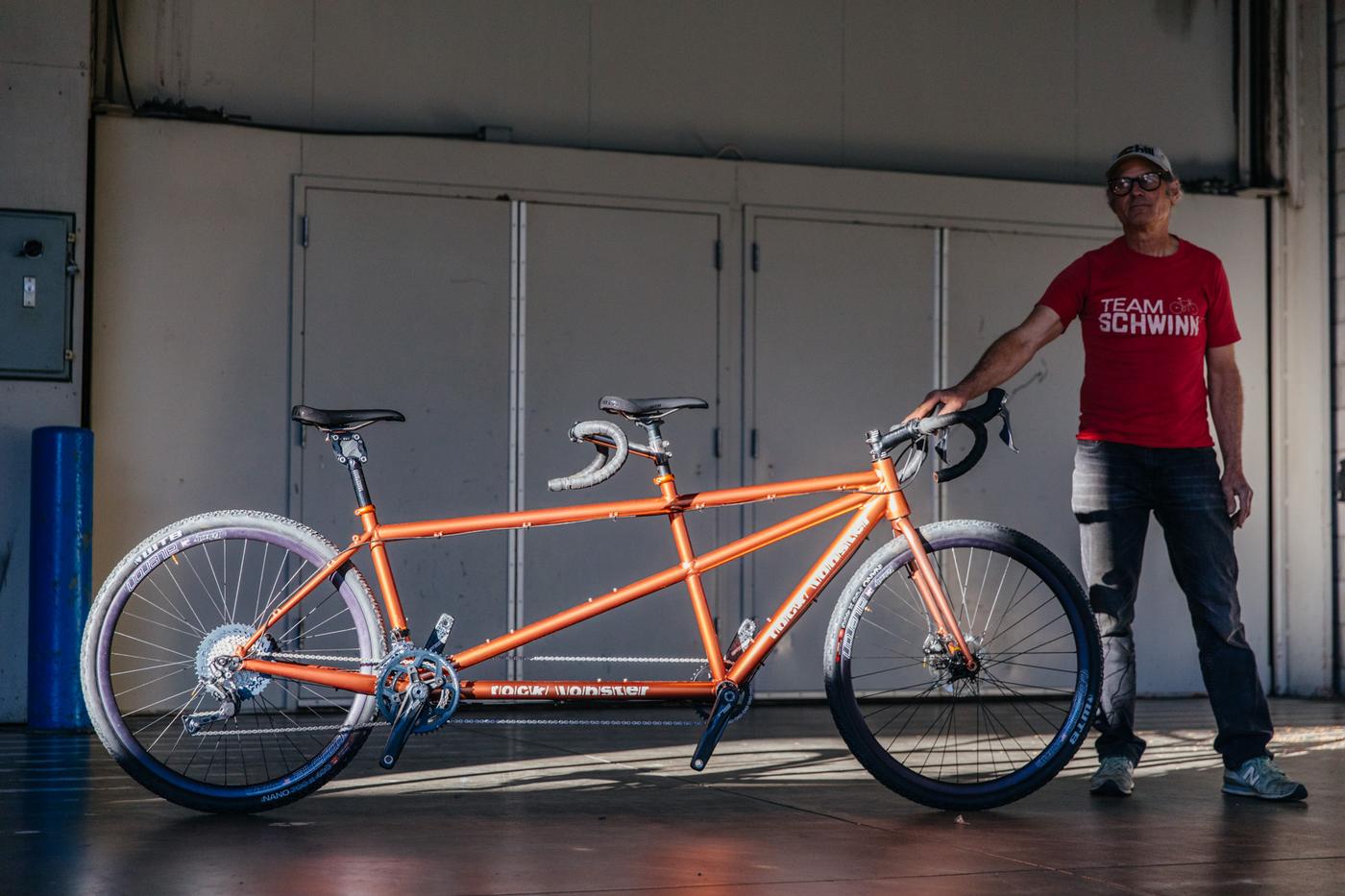 Built around the size of Paul Sadoff, the builder of Rock Lobster, and his wife’s proportions, this aluminum all road tandem, a first for Paul, was a show stopper. Painted in a bright rose gold, which looks like orange in some light, Paul is even throwing around the idea of changing his team’s color to this very hue, because he likes it so much. We didn’t have much time here, as the light was fading in this spot, but these quick photos capture the tandem and Paul’s presence quite well. Then Joe Bell came along and began discussing the color with Paul. It was a true NAHBS moment.