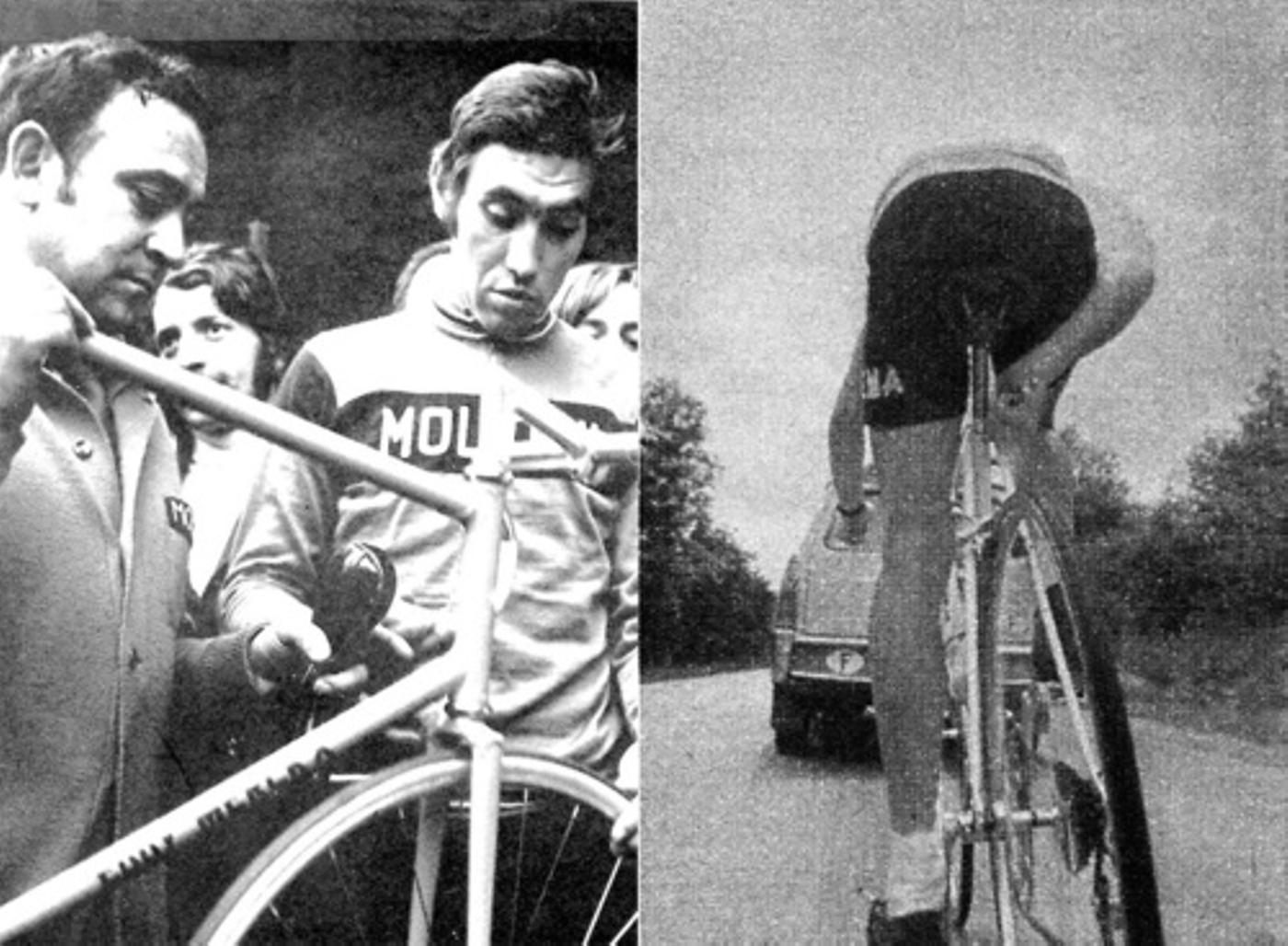 So, I’m in the process of moving to my new apartment and in all the hustle and bustle, I didn’t get around to setting up a Merckx Mondays post but what I do have is a folder on my desktop filled with awesome photographs of the Cannibal in his heyday. Ernesto Colnago made the Molteni bikes for Merckx prior to him riding his own frames. Here he is checking one out with the master and another photo of him adjusting his saddle while riding. When racers would break their saddle rails, mid-race, the support car would send them a new post and saddle. Rather than stopping, many racers chose to switch them out, mid-stroke.