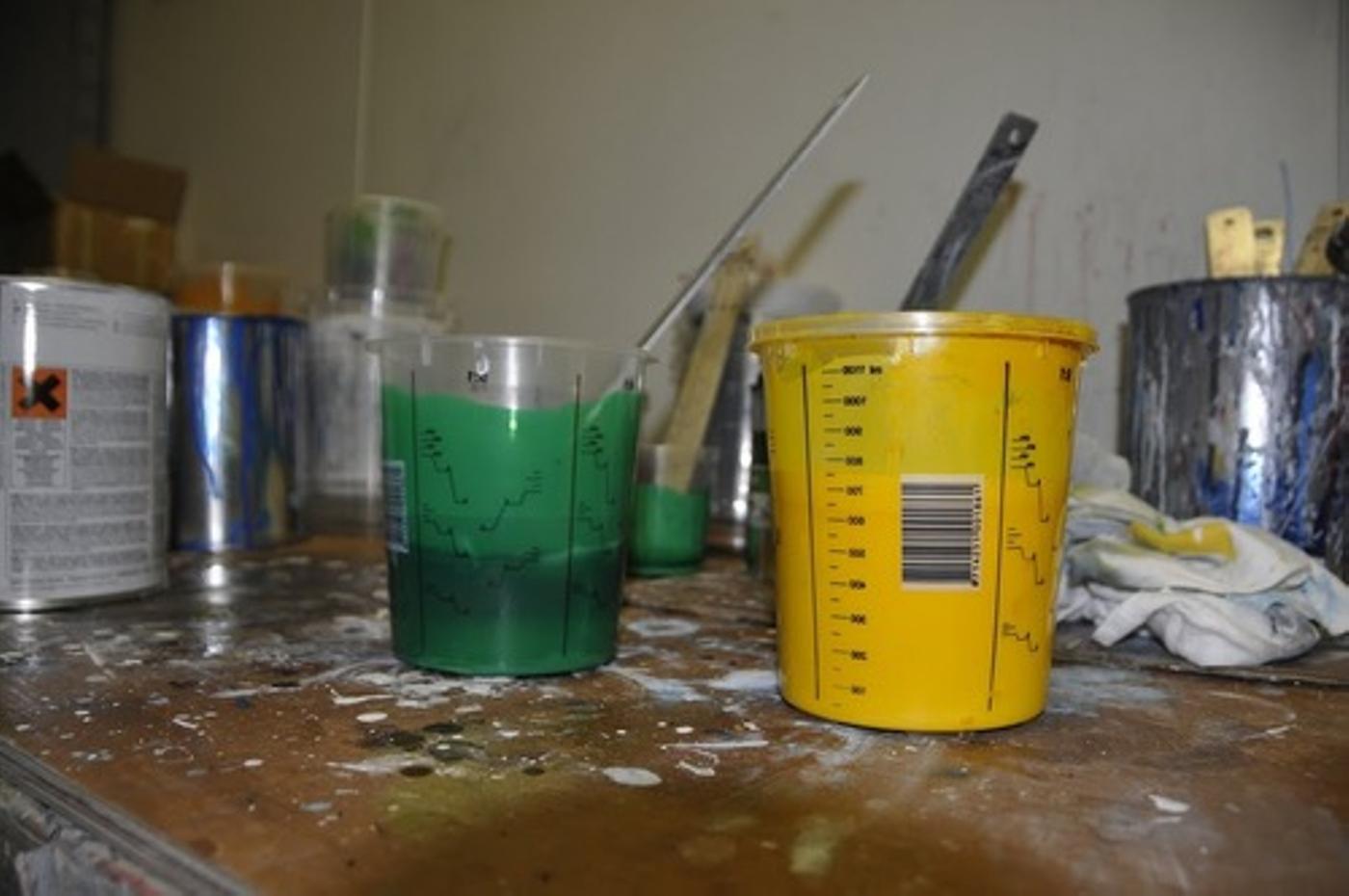 Those of you who followed the Tour at all this year might have noticed that special Eddy Merckx bike that Sylvain Chavanel was riding after his stage 2 victory. The EMX-5 isn’t my cup of tea, I’m a steel man but that doesn’t mean that I completely ignore what Merckx is doing for modern racing. Over in Brussels, the Merckx team got together and did something special for Sylvain’s Tour bike. A reader from Belgium sent me some photos for a special Merckx Mondays. 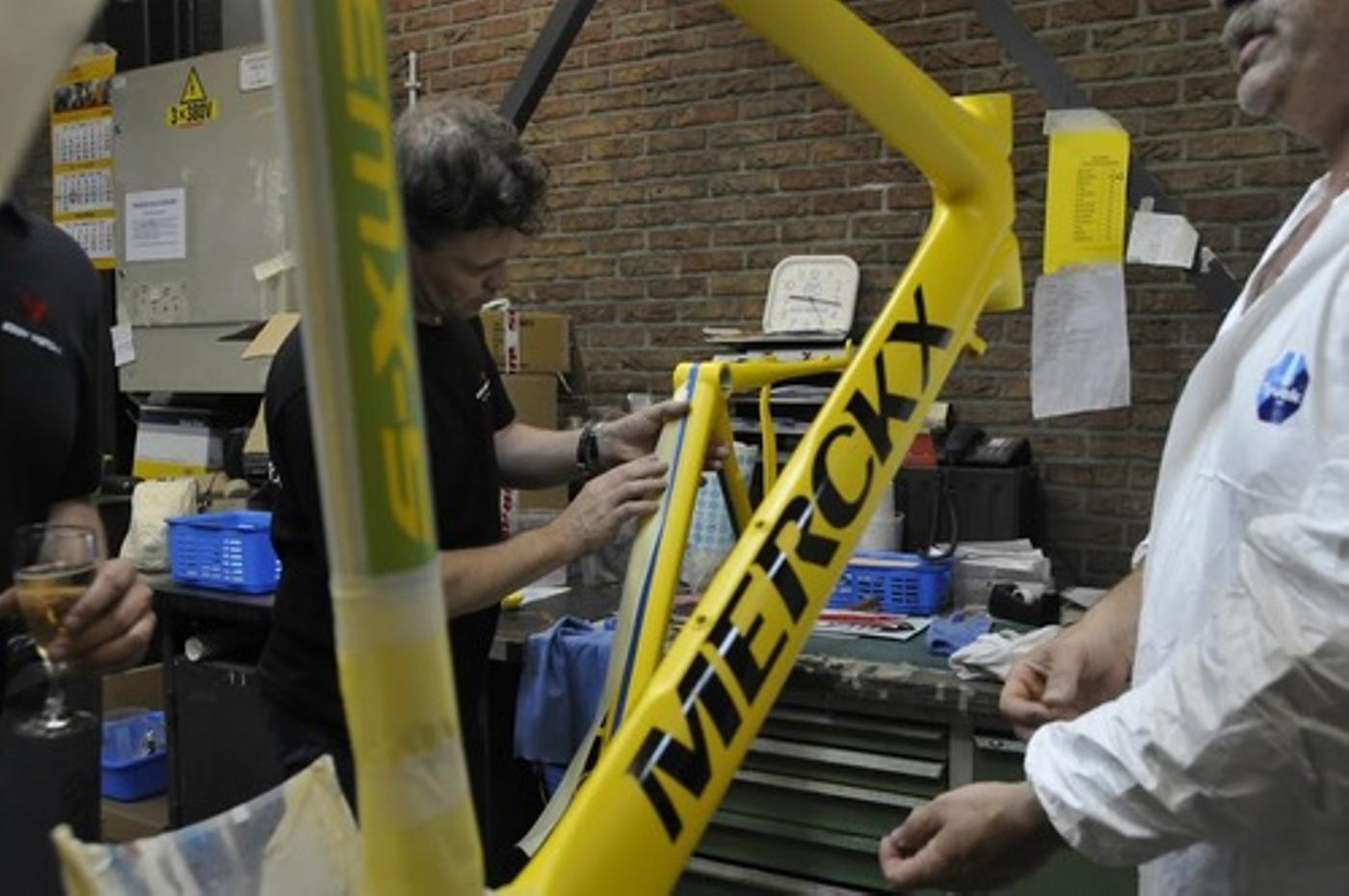 Sylvain Chavanel’s stage 2 victory led the team at EM to whip up a special paintjob. 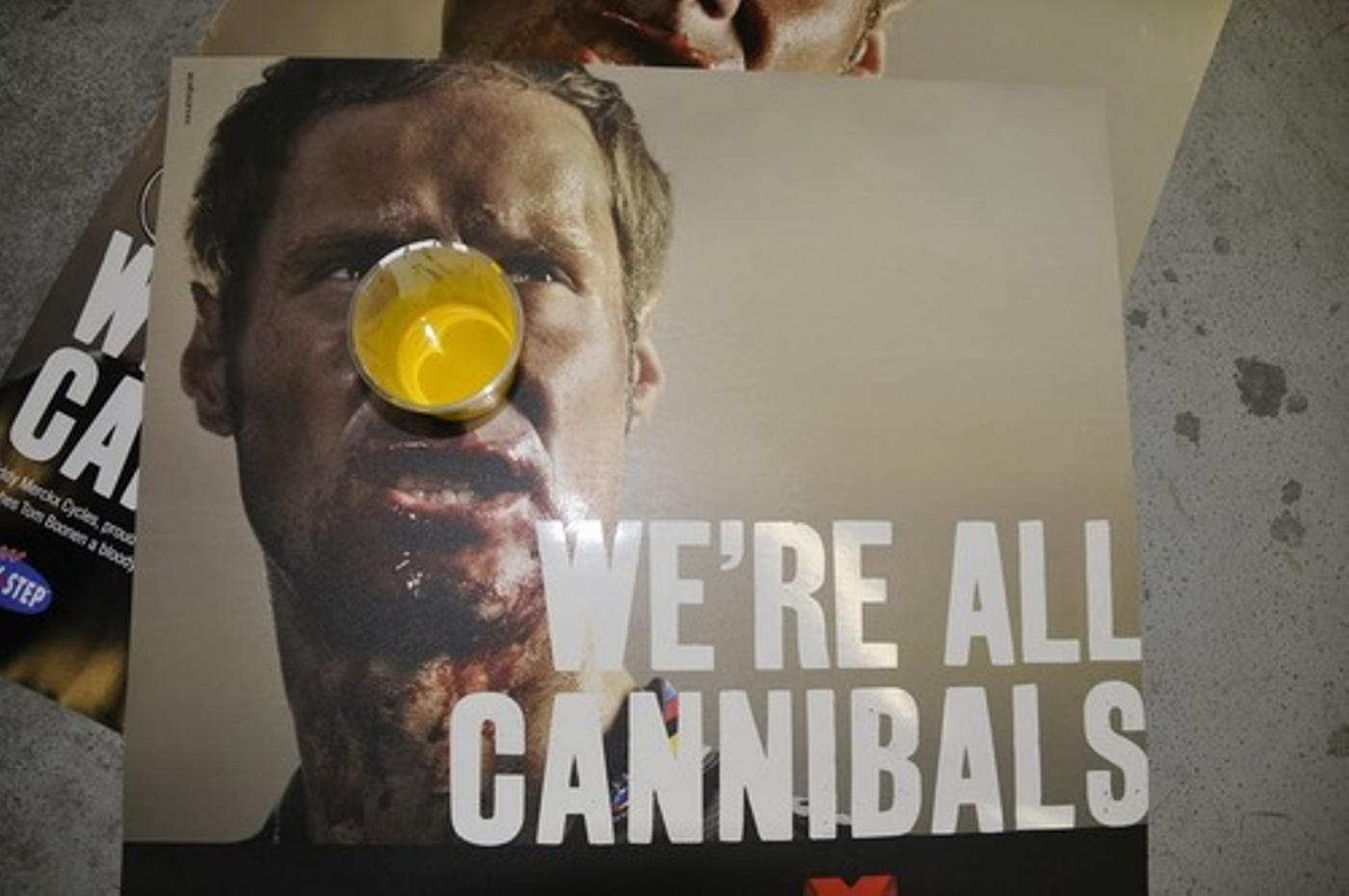 The resulting paintjob was a real neck-breaker and made international cycling news blogs everywhere. 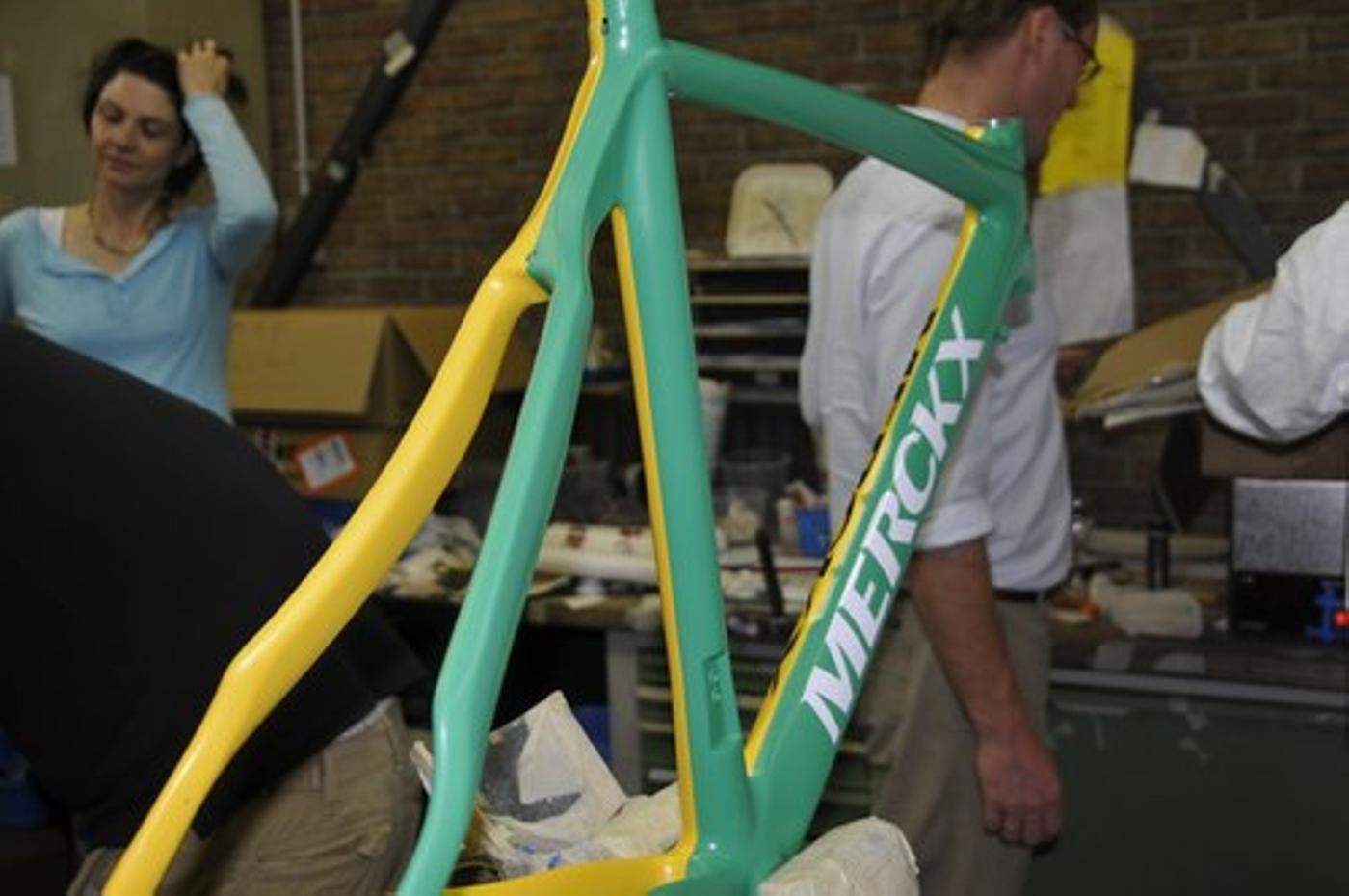 After the paint was dry, the bike was ready to be ridden. Sylvain Chavanel had one sick EMX-5. Many thanks to Jonathan from Belgium for sending me these photos! Hopefully this comes at a good time for everyone. This year’s Tour was intense!