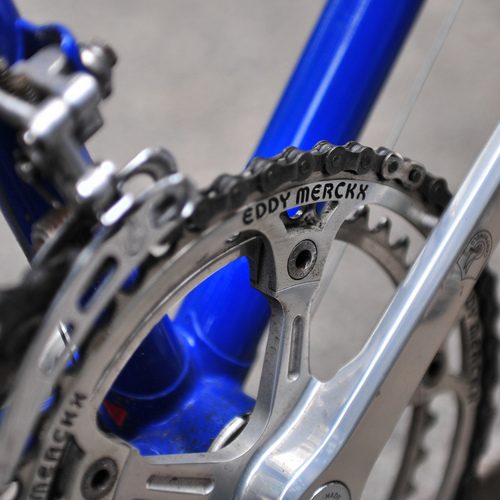 This week’s Merckx Mondays comes from my own personal stable. I bought this colorful Corsa Extra from someone here in NYC and took my time building it. After hunting down a series of pantographed Eddy Merckx components and a nice selection of Super Record and Nuovo Record parts, I built it up. 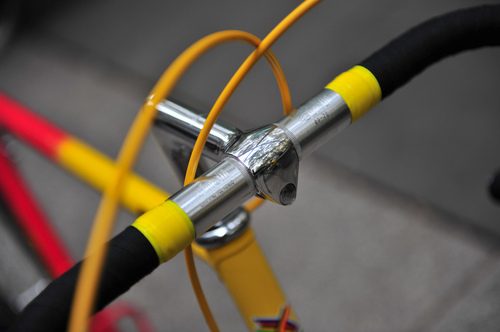 cinelli cdm bars and 1a stem

Originally this bike had Cinelli Priest bars on the front, but I decided to dress it properly recently. The NOS Cinelli 1a was easy to polish up and the Cinelli Campione del Monde bars from Velo Mine were perfect for the build. I like the CdM bars because they have a nice deep drop and an elegant bend. 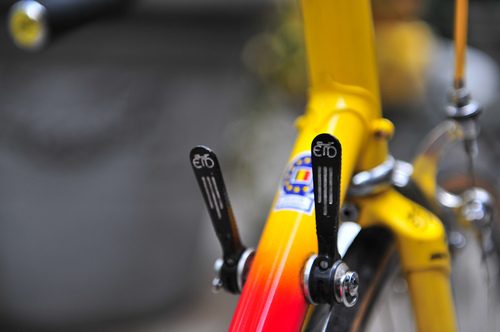 Every once and a while these bad boys will pop up at swaps and on eBay. I picked these up from a shop in New Jersey for a really great deal. Maybe I’ll strip and polish them as well. 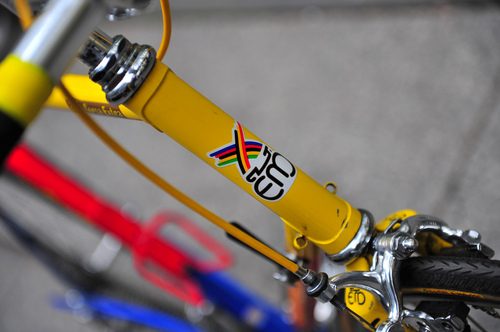 Since this bike is from around the time that Campagnolo ergo shifters and Dura Ace STi were released, the bike has cable guides on the head tube. Probably the only feature I don’t like on the bike, but removing them would be blasphemy. 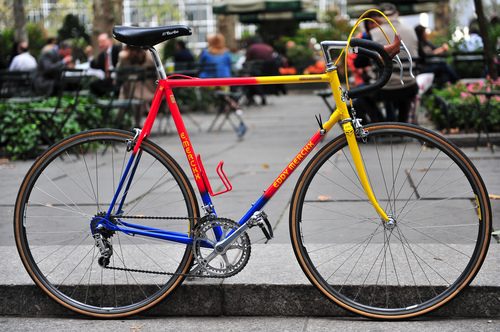 Here’s the side profile. I switched the saddle to a NOS Turbo from Bens Cycle and upgraded the wheelset to Nuovo Record hubs laced to 36h Campy Omegas. The Panaracer Paselas make it classier than ever. Big thanks to Devotion for recommending the housing colors and to Sasha E. for the pics this week!

Unfortunately, when the bike was being cleaned to build, we found a small crack parallel to the top tube at the head tube lug. When I was cleaning it off more for these pictures, I found another small crack at the downtube and headtube lug. It’s a shame. I love the way it rides, but maybe it’s time to upgrade to another Corsa Extra. Maybe a Telekom or a Stuttgart?