Phil Anderson’s name is synonymous with other cycling greats of his time. Although Lance is the one rider from Motorola that’s made an international (and pop) name for himself, if you watched cycling in the 90’s, you’re sure to remember Anderson. In this week’s Merckx Mondays, we get a special look at Phil’s Motorola that currently resides down under, through the eyes of Ride Cycling Review magazine. 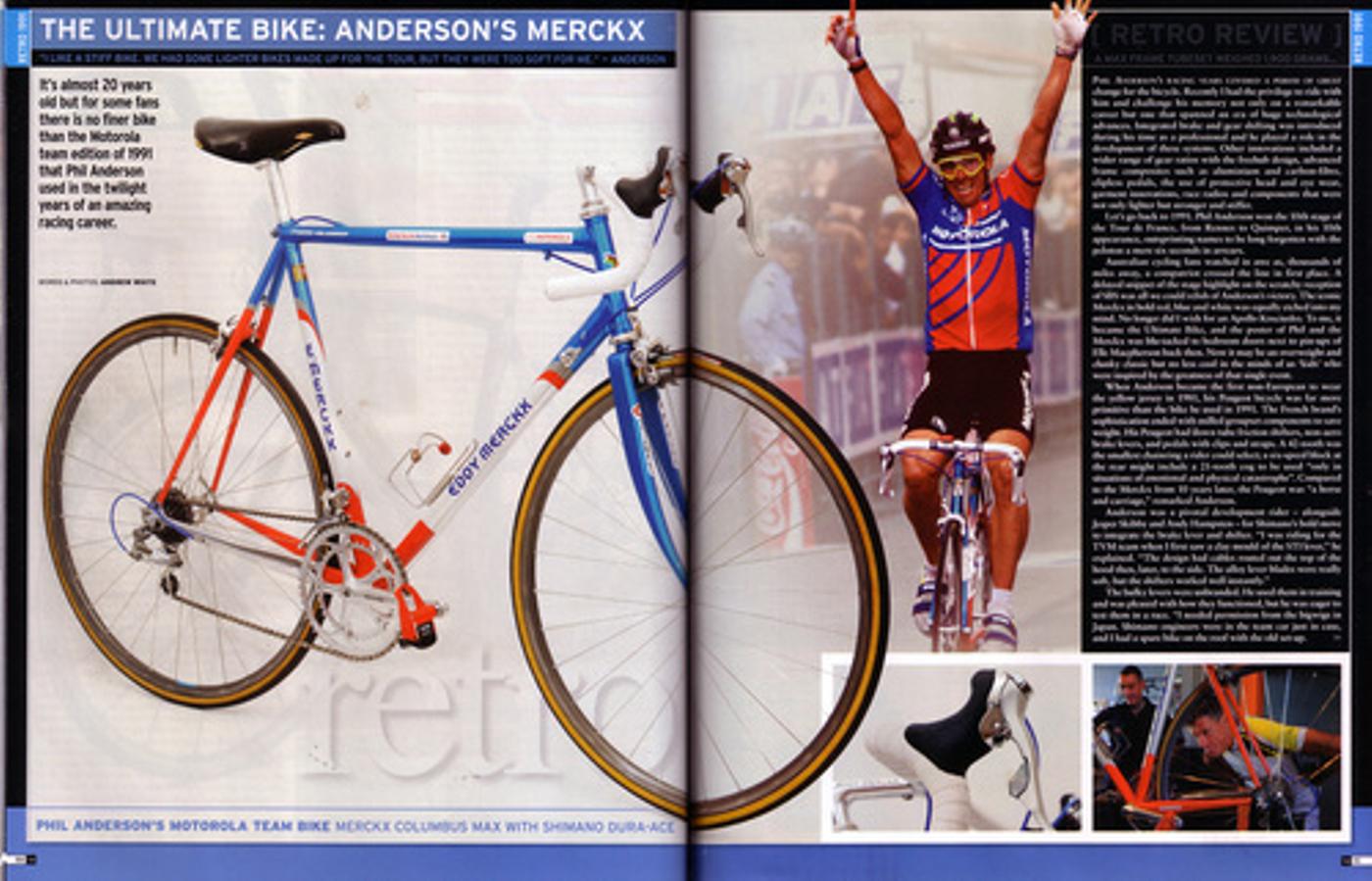 Andy at Fyxomatosis has been gloating about this piece for weeks to me. When he first built up Anderson’s old Motorola, he kept emailing me sneak peeks with DO NOT POST in large, bold letters. A few days later, he had the studio shots with the same subject. Then, a month later, he told me he actually got to hang out with Anderson and talk with him about his old bike. More photos came, still bearing the subject line, DO NOT POST. You’re seeing where this is going right? Well, turns out, Ride Cycling Review was doing a piece on Phil Anderson’s legacy. For the first chapter, they were going to lay out his early years and then segue into Andy’s build; which is now owned by Dan of Shifter Bikes and on display in his brick and mortar shop. 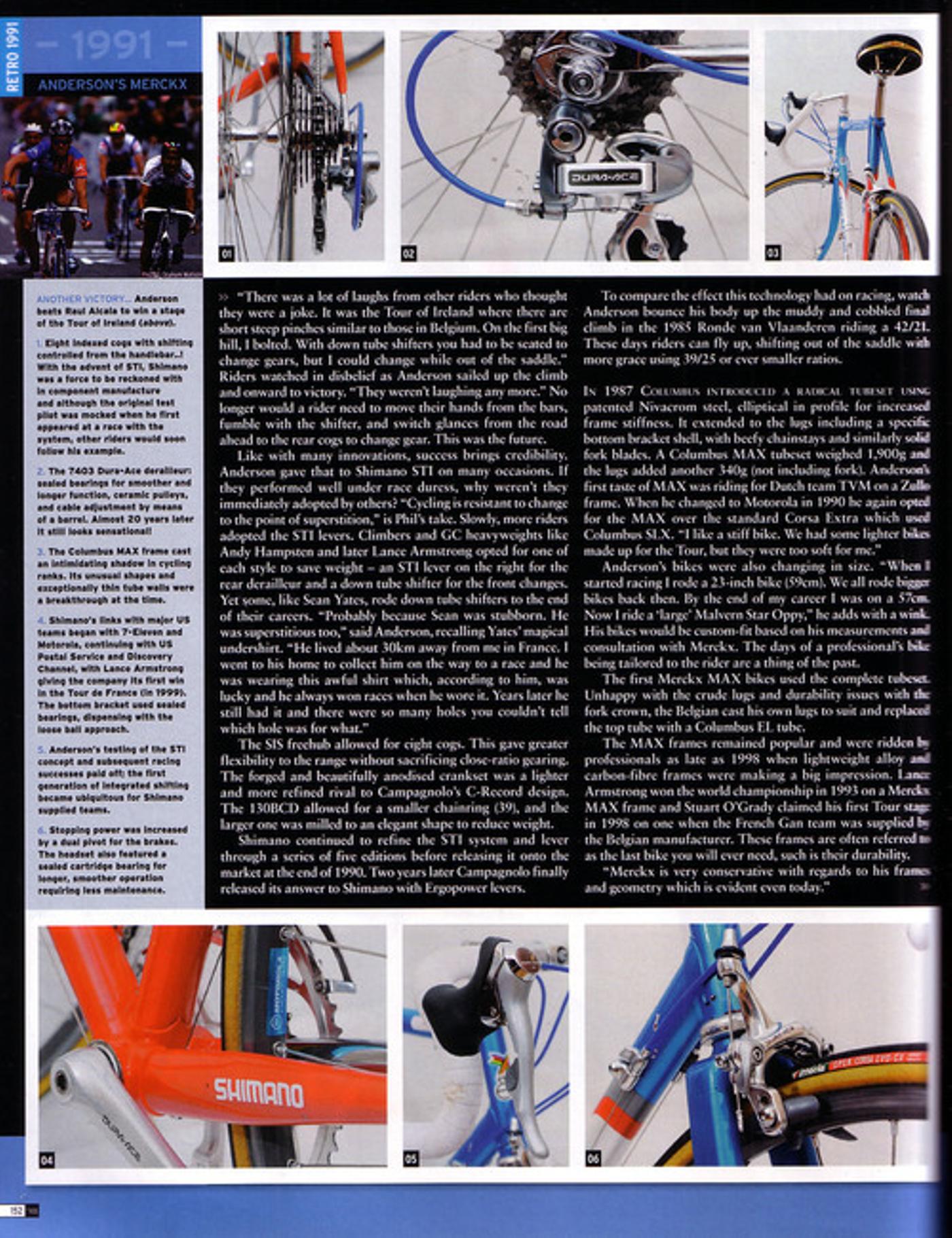