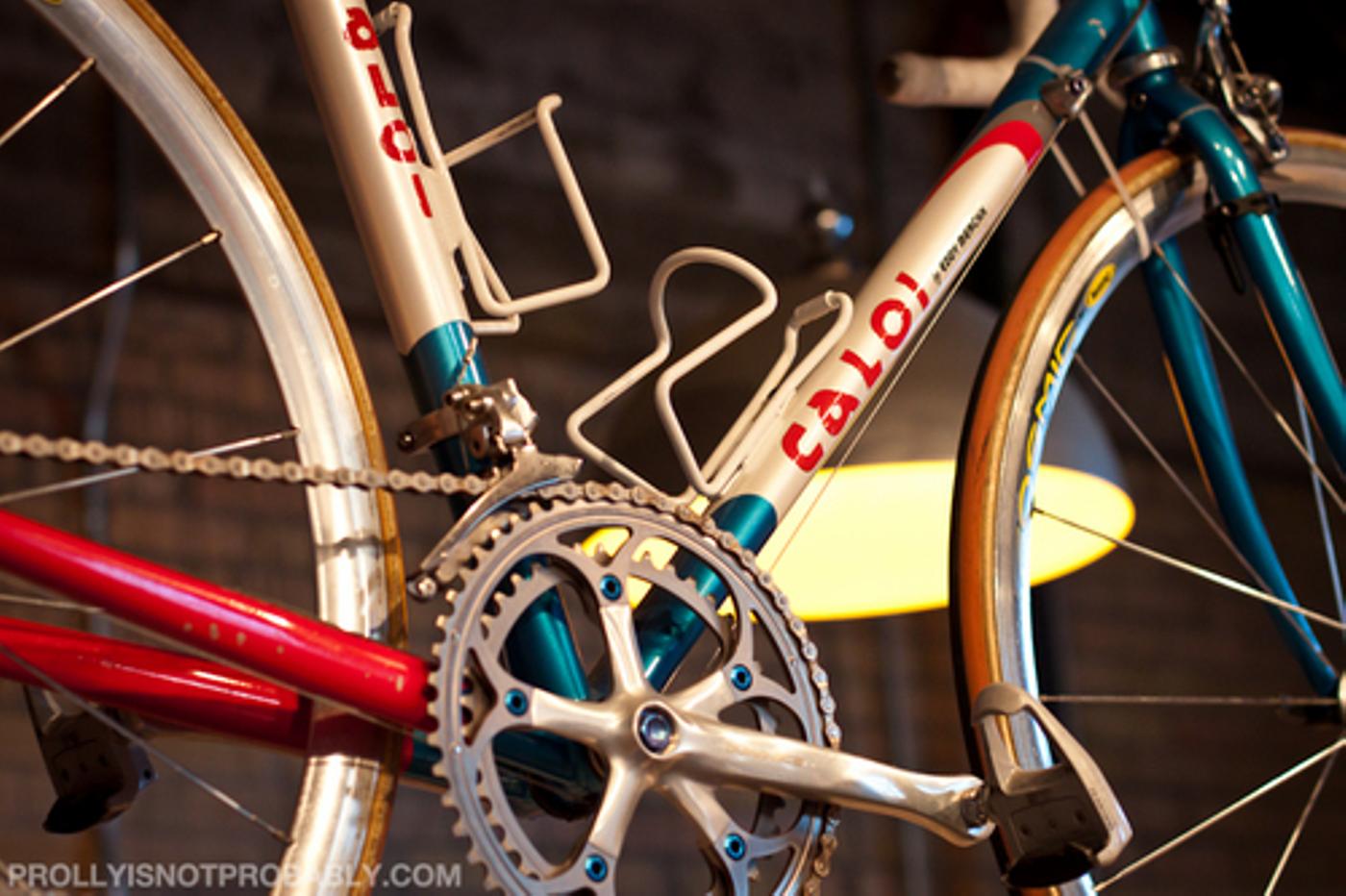 If you’ve been to Austin, chances are you’ve been to Mellow Johnny‘s and seen Lance Armstrong’s two Eddy Merckx-built bicycles hanging by the cafe. I tried my hardest to get a ladder or a stool to stand on to photograph these bikes but the best I could do was stand on Eric Puckett’s back while I shot some images. These two bikes make for a sweet Merckx Mondays, so read on for more photos! If you remember the 1995 Tour. It was the race where Armstrong’s Italian teammate Fabio Casartelli died in the Pyrenees on a nasty decent. To honor his death, Casartelli’s bike road on the roof of the Motorola team car all the way to the Champs-Élysées. What a year! Next up is Lance’s 1993 Tour Eddy Merckx Motorola. Other online articles have these two bikes reversed. Lance didn’t ride a Caloi in 1993, he was a legit Motorola team bike. This was the year Lance Armstrong won 10 one-day events and stage races. Impressive! 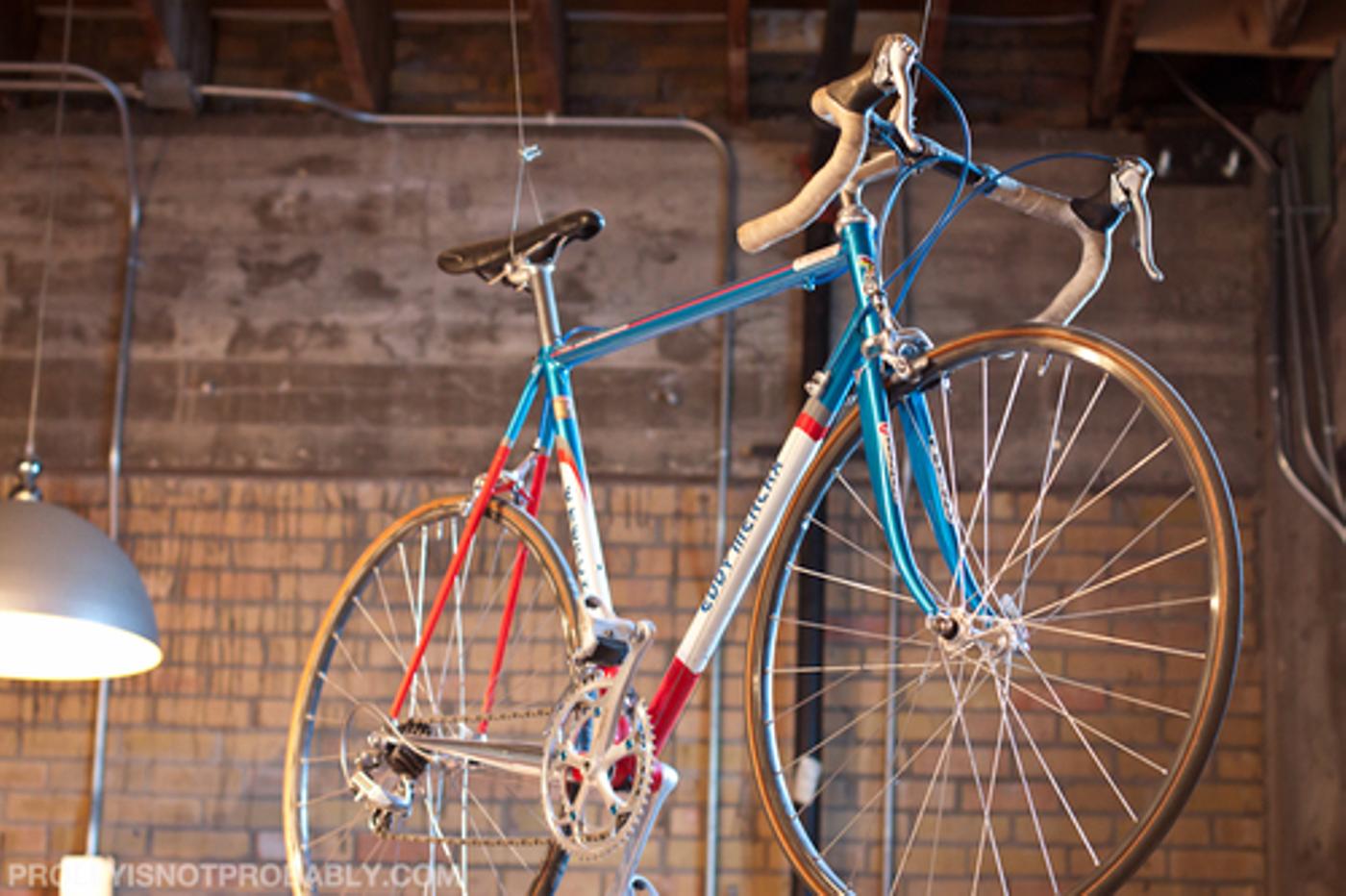 While the ’93 tour wasn’t as eventful as the ’95, the Motorola team did very well. These two bikes hang in Mellow Johnny’s and are the prized-pieces of Lance’s collection. Sure, they may not be Treks but they mark a time in Lance’s career and in my opinion, the golden age of cycling.

Check back tomorrow for a Mellow Johnny’s shop check!