Leave it on the Road's Desert Bear: a Ride from Joshua Tree to LA

Leave it on the Road’s Desert Bear: a Ride from Joshua Tree to LA

Crystal Haggard and Bianca Pettinicchi were welcomed into the Leave It On The Road Family this Summer. They eagerly decided to lead the first all women’s LIOTR multi day ride leaving from Joshua Tree, riding up and over Big Bear mountain and descending back to their home base of LA. Seven women join this three day, 250 mile trek with a couple goals in mind, to spread awareness and raise funds for cutting-edge cancer cell and gene therapy research, to encourage others to explore more of their own “backyard”, and to check a system of new roads off their bucket lists. Head to Leave It On The Road to read more on Desert Bear and join the local fundraiser and gear raffle at Rapha Santa Monica Dec 7th, 6-9pm HERE. 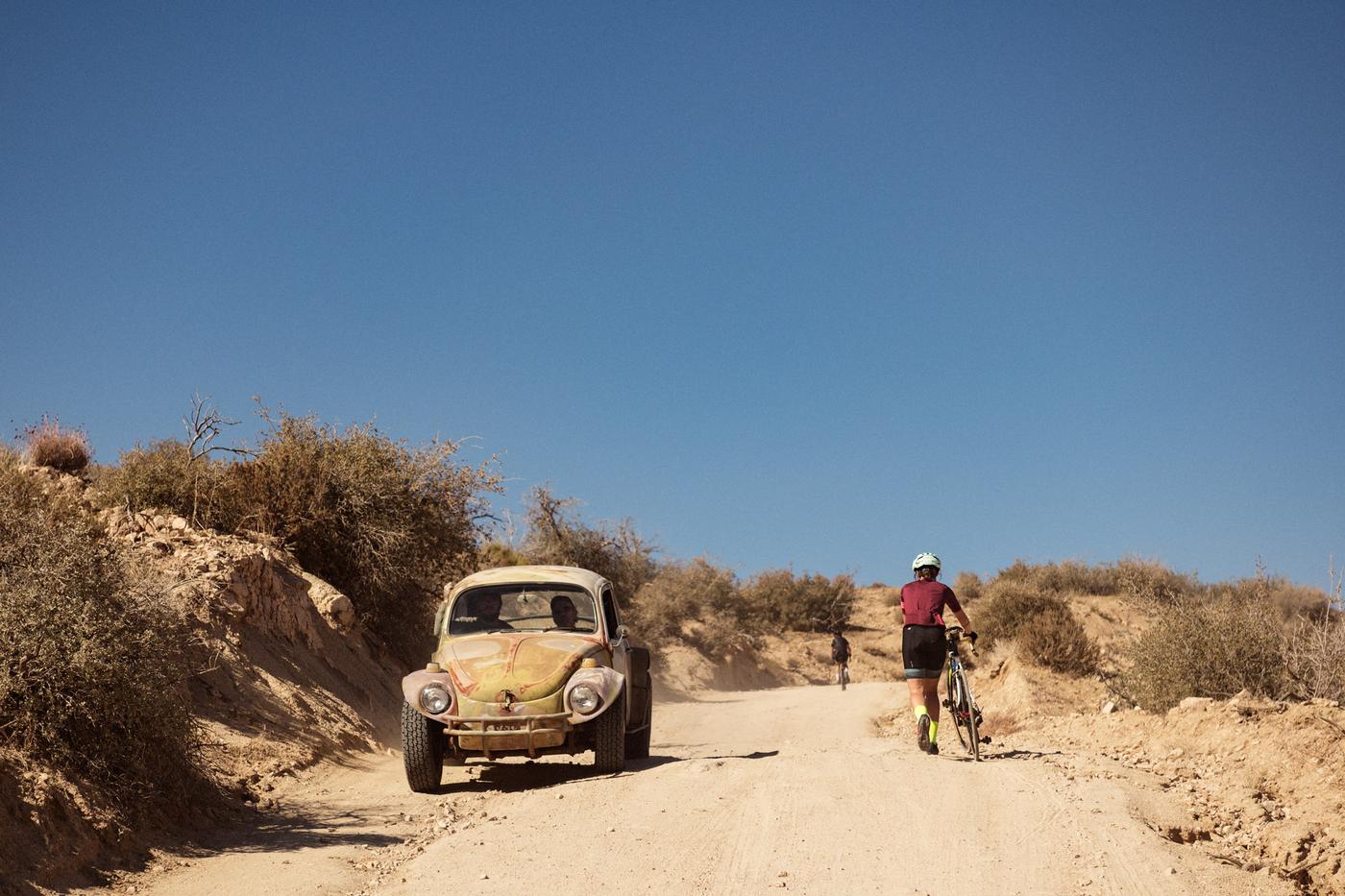 1. Pioneertown to Big Bear via Burns Canyon Road and 2N02 is a 19 mile sand/rock road. It was predominantly thick loose sand with rock gardens every mile or so that would offer a few pedal strokes of respite from the almost impossible to ride conditions. We made it about 10 miles (Kate did about 13) before we had the support cars take our road bikes and our defeated bums the rest of the way. It was by far one of the most scenic roads we’ve ridden, but we highly recommend a mountain bike. On a weekday…. the 4×4 traffic was thick. 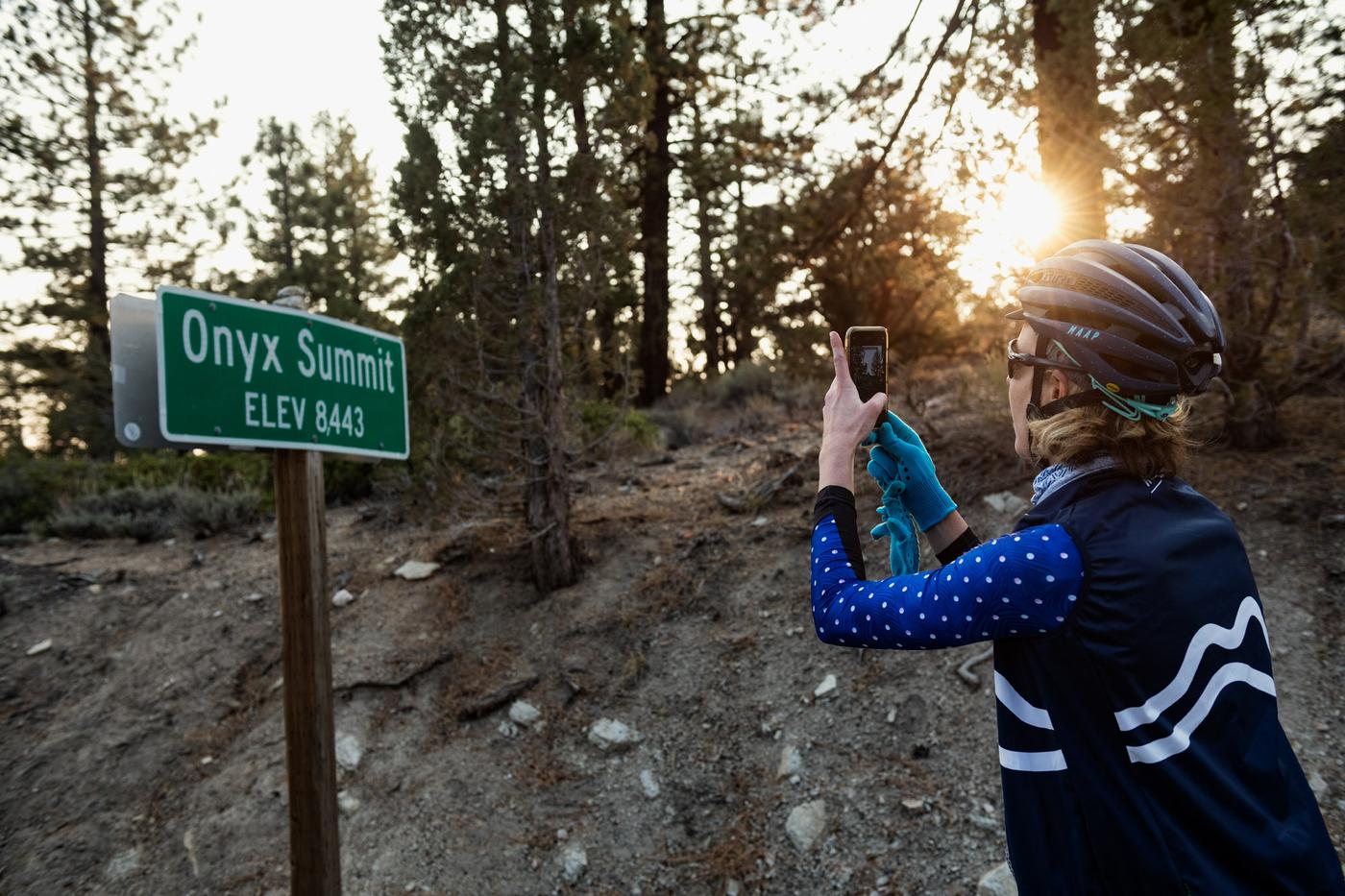 2. Onyx Summit in Big Bear is the perfect end to a day on the bike, bring lights – the traffic is a bit heavy. 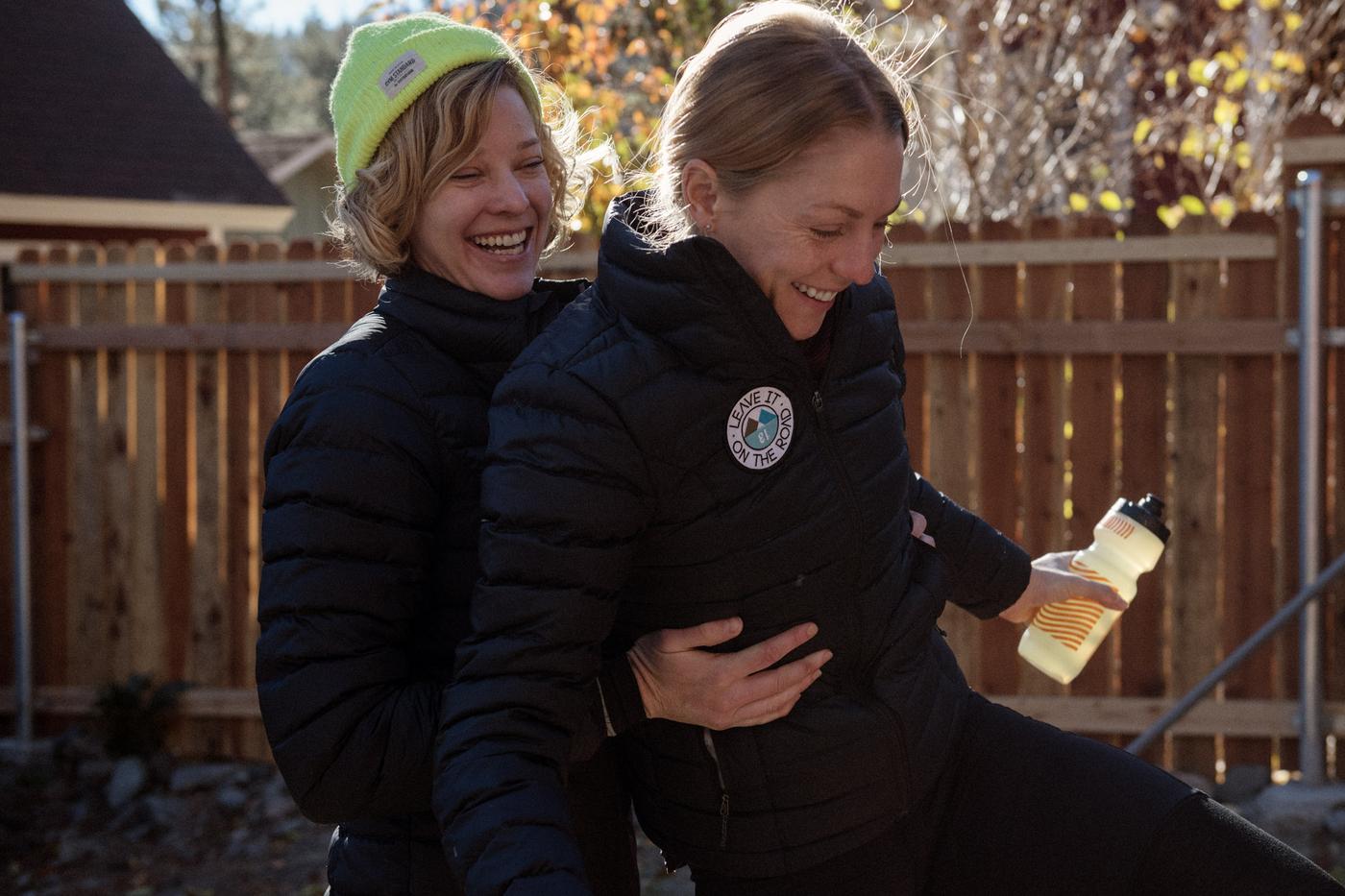 4. Route 18 leaving Big Bear to Wrightwood is a stunner but also so, so windy along the ridge. We were woman-handling our bikes pretty hard to stay upright. Maybe it was the Santa Ana winds, maybe it’s normal? We’ll have to go back to find out! 5. Lone Pine Canyon Road that dumps you at Wrightwood is a mental game. It’s so straight you can see way too far ahead. The 8 mile climb is an average of 7% grade that pitches into the teens near the top. 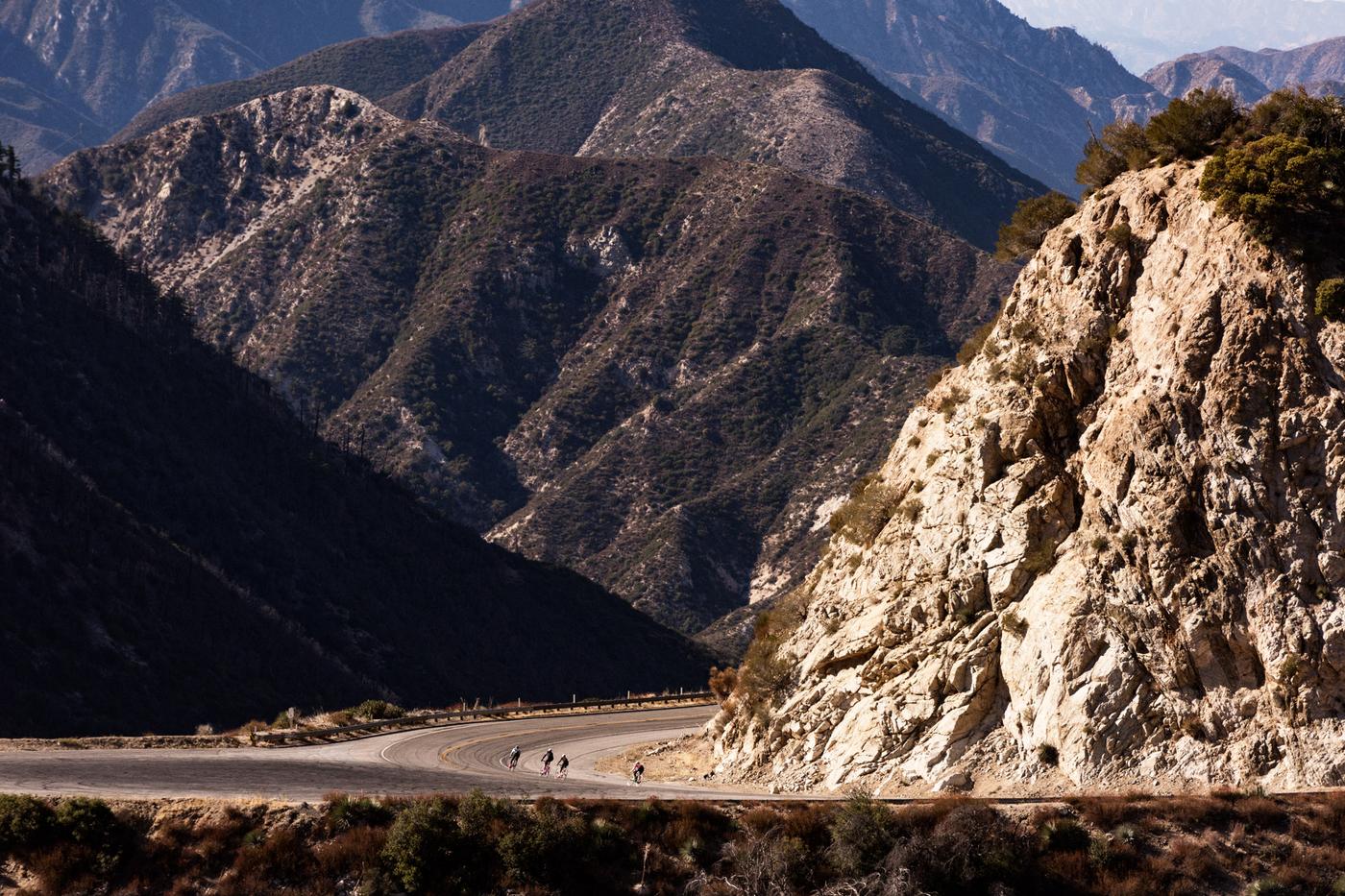 6. Route 2 back to Los Angeles will always be one of our favorite roads. Riding this 70 mile stretch was a first for all. 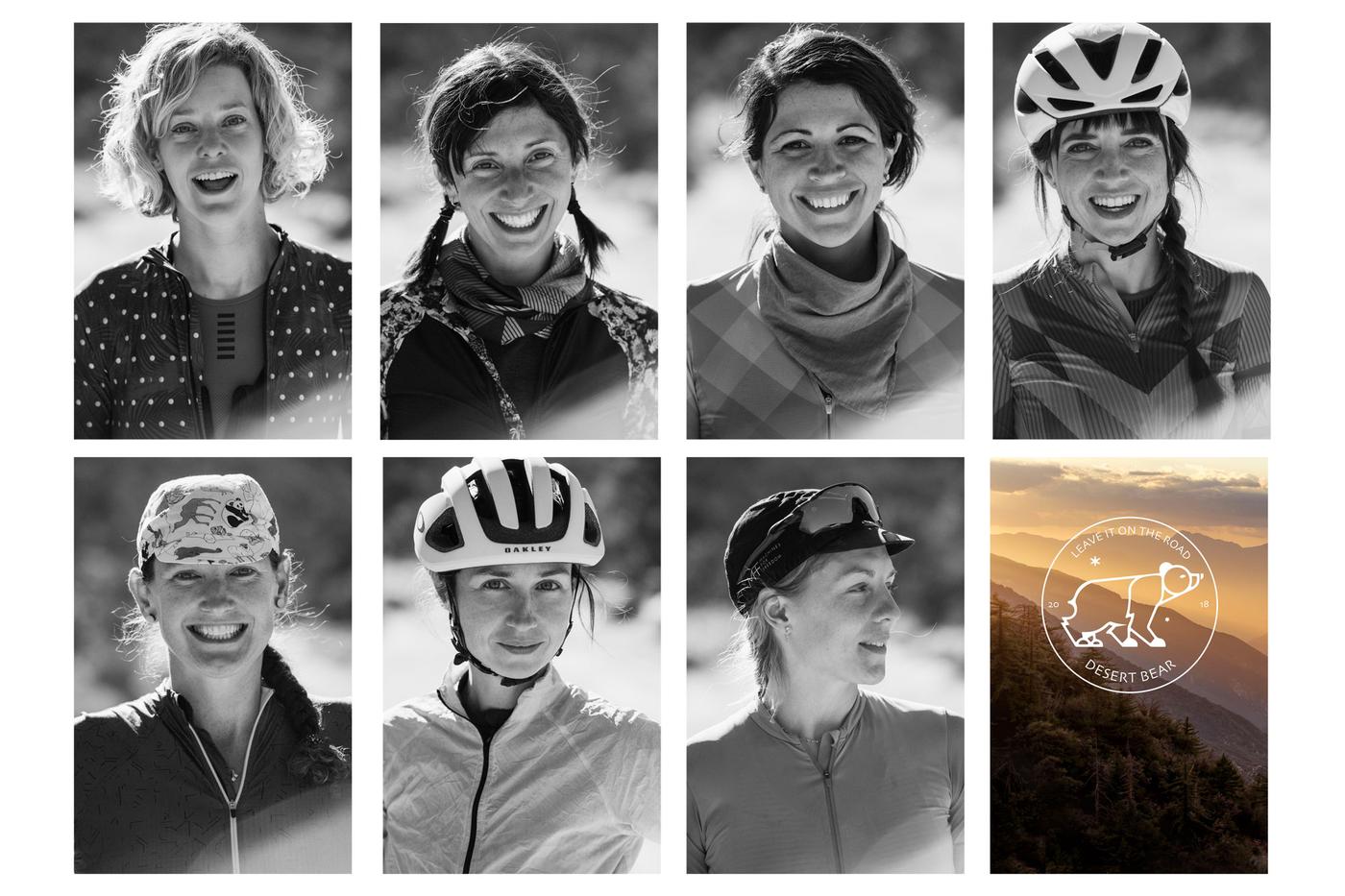 7. The seven woman riding together became friends throughout the past three+ years, riding all over Los Angeles in particularly, Malibu. It was hard to escape reality as we were enjoying such beautiful roads as our local stomping grounds were being destroyed by the Woolsey Fire. There will be plans in the near future to help raise funds for fire relief.

Special thanks to Jordan Clark Haggard for the images capture throughout the trip.