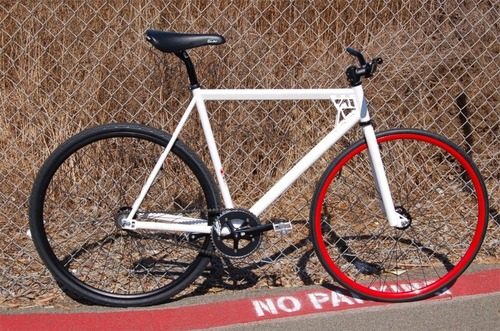 Leader bicycles have introduced their version of a freestyle frame, called the Trick Star. It’s the same geometry as a their 725TR track frame with a 75.5 STA and a 74 HTA when combined with their S803 fork’s 44mm rake. They don’t list the atc on their S803 fork, although I’m assuming it’s somewhere around the 377mm mark. The frame is the first over-sized steel fixed gear Leader has made. It also sports a rather unique gusset at the head tube cluster.

Their site does not list the weight of the frameset. 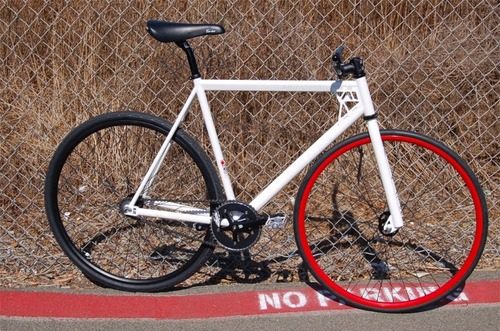 shown with the wheel rotated

Along with the Trick Star frame, they designed a unicrown fork. It has a 36mm rake and 380 atc. 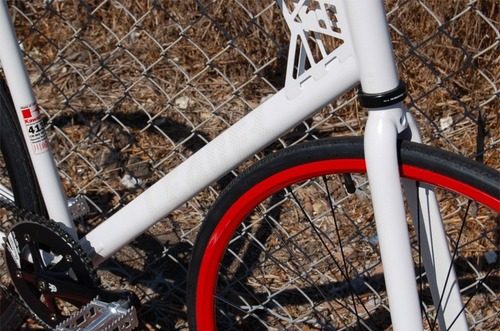 Due to the tight clearances here on their own frame, it’s hard to say whether or not their fork will barspin on other frames. Looks a little tight for a 23c tire. 380 atc doesn’t offer a whole lotta wiggle room on other, non-Leader frames with a 1 1/8″ steerer.

Ideally, I think you’ll want a larger tire in the front. I know myself and others actually ride a wider tire on the front end than the rear.