A Bicycle Tour through the Kofa National Wildlife Refuge

Across the road from a sprawling old corral with a dozen or more cattle pens constructed from creosote-laden boards and discarded railroad ties stood a small stone monument. It commemorated an earthen dam, behind which was a very small but empty reservoir at the foot of a butte called Coyote Peak.

“If it were not for strongmen like Bob Crowder,” the metal plaque read, “with the fortitude and ambition to develop water in these vast desert areas, there would be no game and no livestock today.” 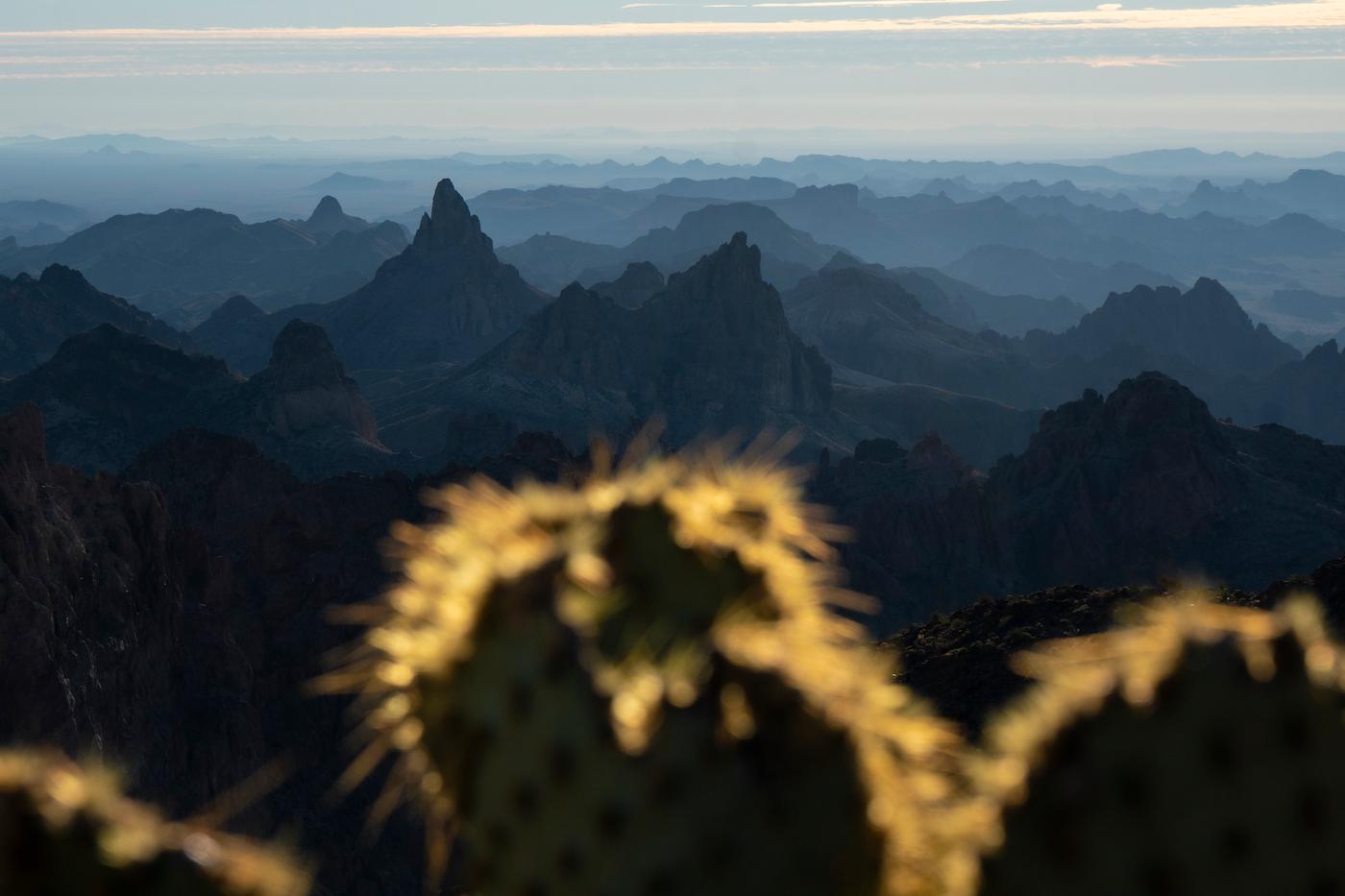 I laughed out loud at the obvious irony. No wildlife. My friend Chase Edwards and I had just spent the prior five mid-December days pedaling through the Kofa National Wildlife Refuge, located in the Yuma Desert of southwestern Arizona. The final few miles of our route took us off the refuge and onto adjacent Bureau of Land Management (BLM) lands where we came across this monument, fresh cow pies, and overgrazed plains. 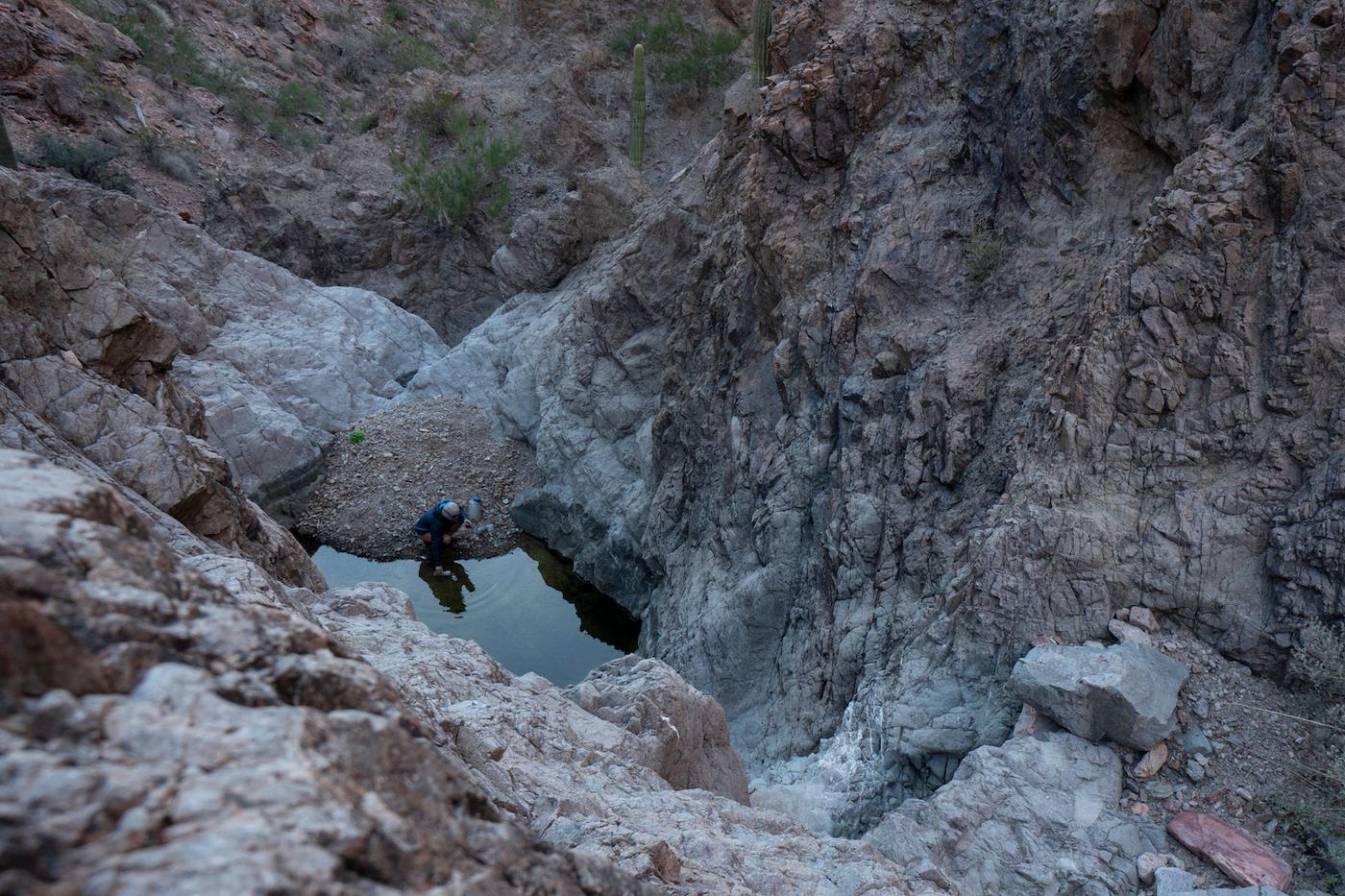 But on the refuge, cattle grazing was eliminated nearly 50 years ago in a concerted effort to help bring native desert bighorn sheep back from the brink of extinction after cattle won out in the competition for scarce forage and water in these extremely arid lands. Cattlemen like Crowder were unfortunately directly responsible for the near-demise of these sheep. 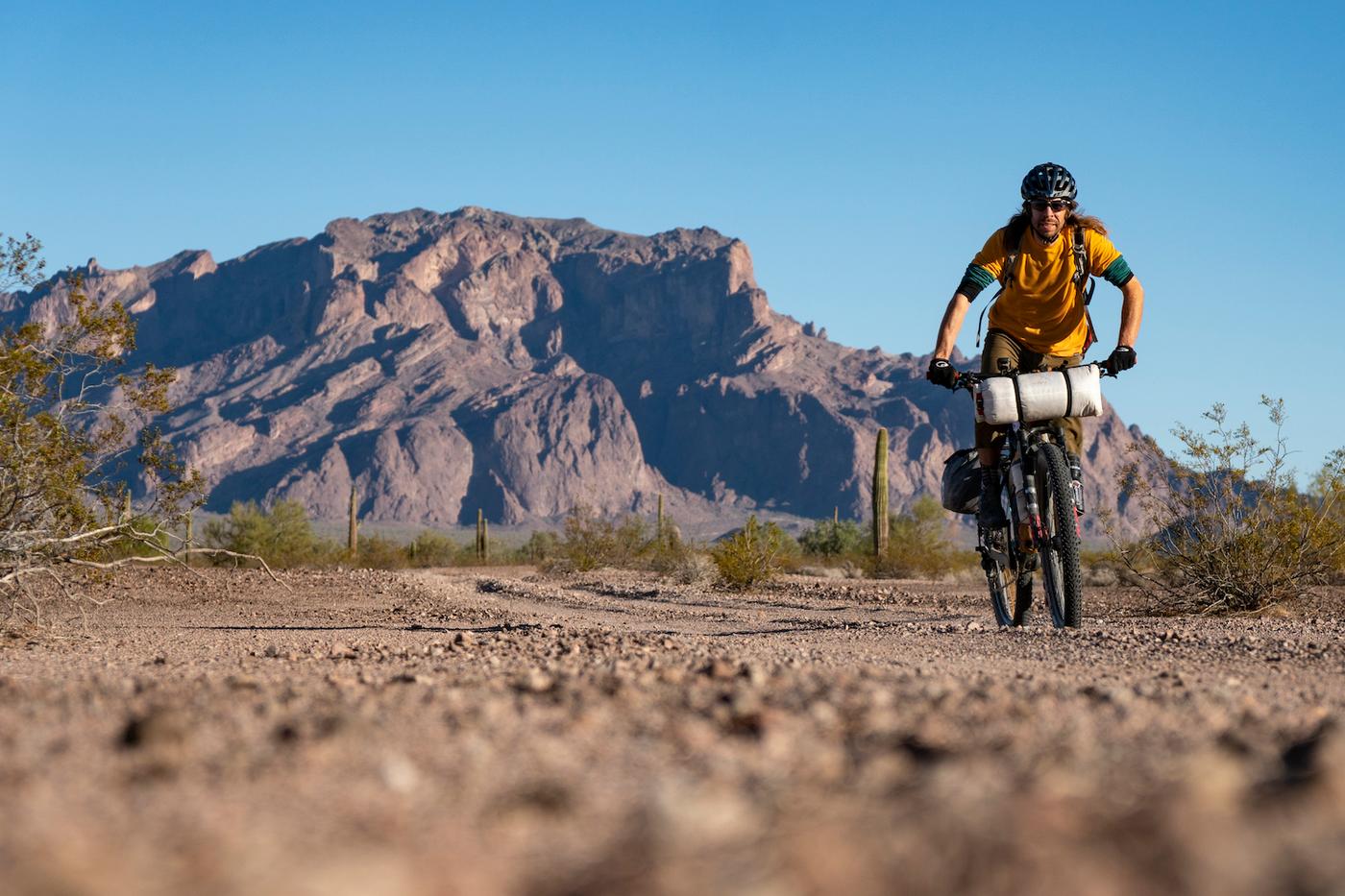 In the 1930s, the Boy Scouts of America became the unlikely champions of the desert bighorn, launching a concerted and far-reaching campaign to save the species. Ultimately, this campaign resulted in the creation of the 670,000-acre Kofa and 860,000-acre Cabeza Prieta National Wildlife Refuges from public domain lands in southern Arizona, and today, the Fish and Wildlife Service (FWS) manages both refuges. In the late 1800s and early 1900s, productive gold mines peppered the mountains in the Kofa, but today, the refuge is almost entirely designated as Wilderness with narrow corridors for a few 4×4 roads providing the only access by bike or vehicle. 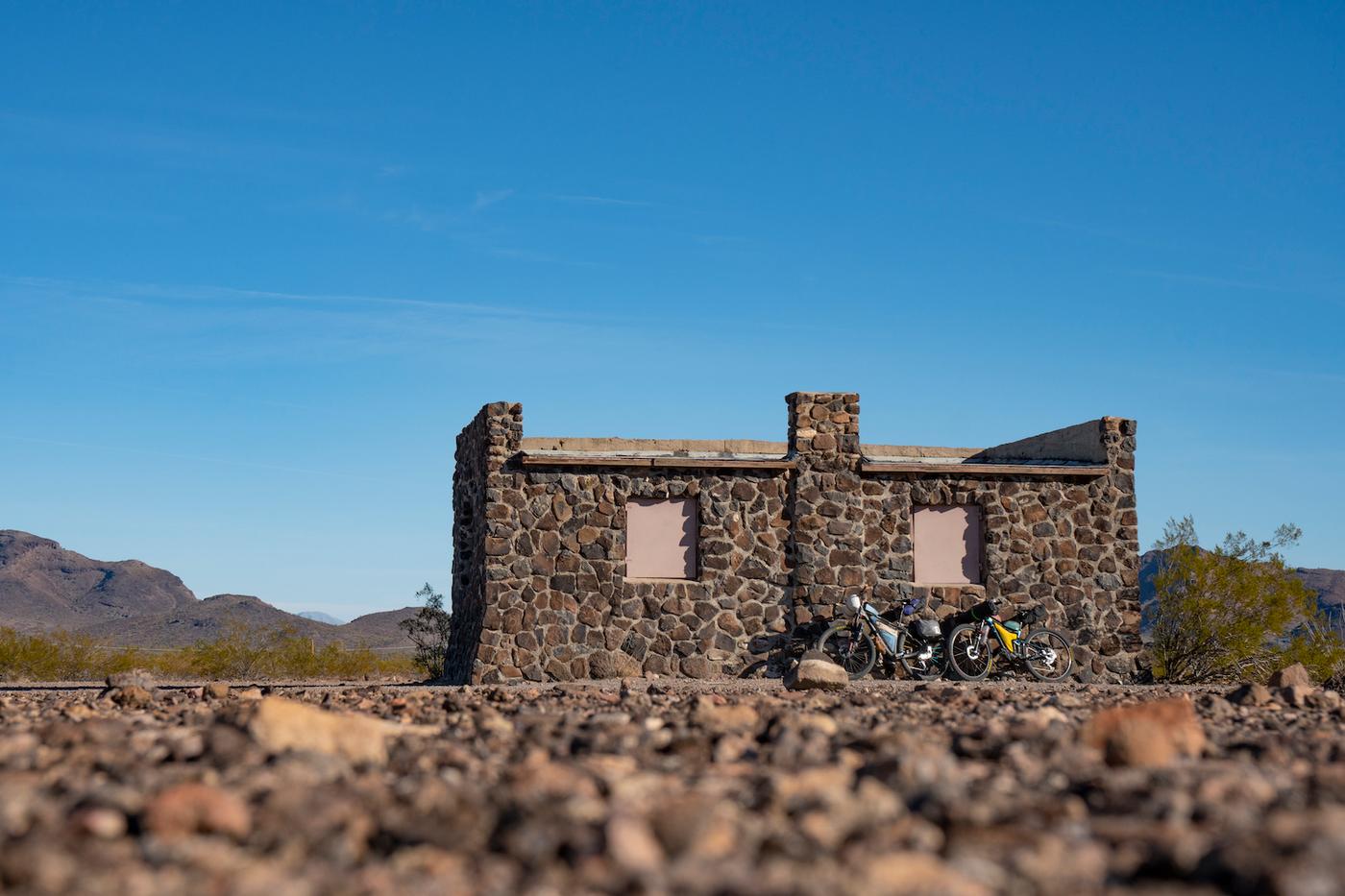 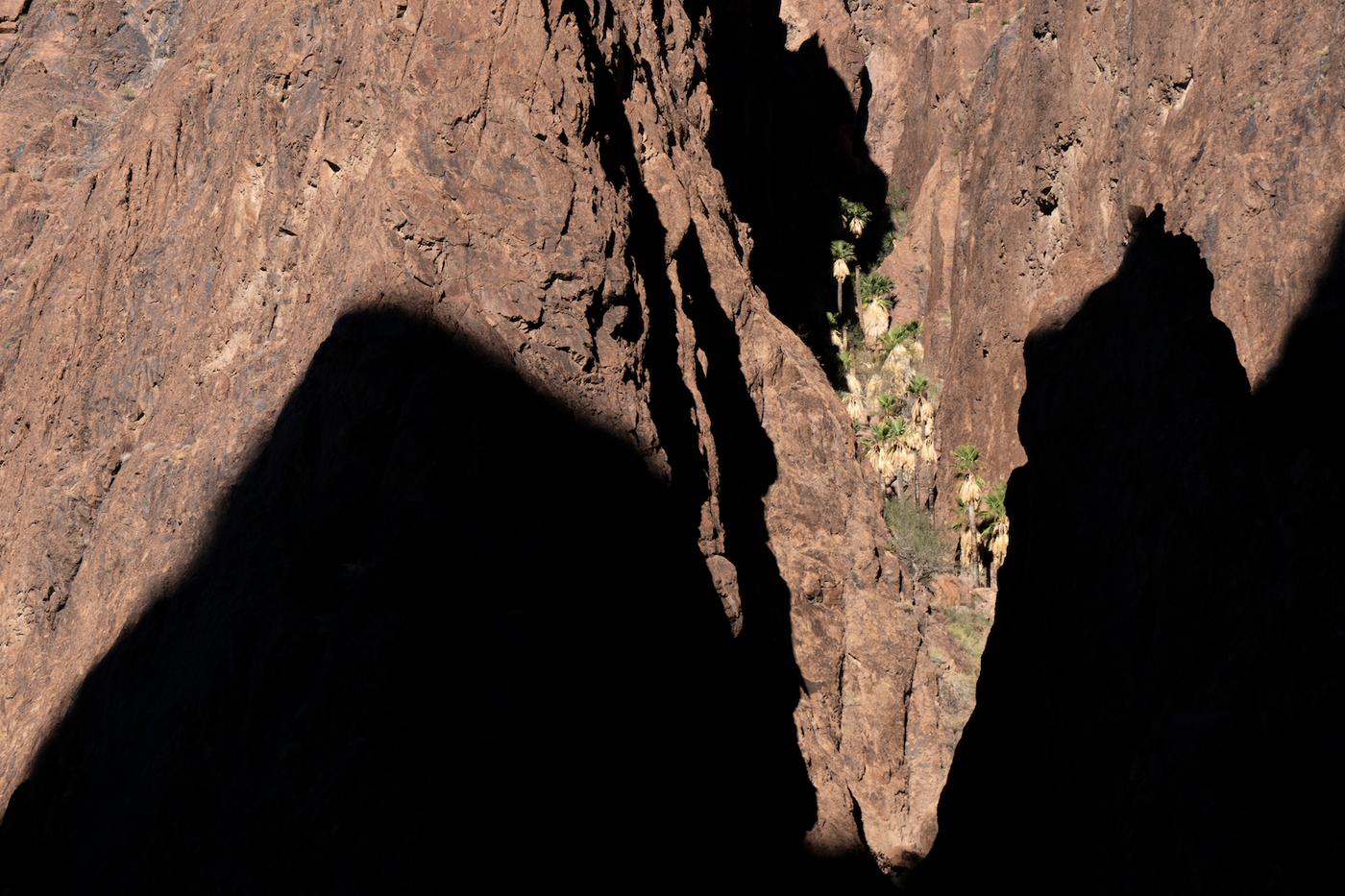 Shortly after the Kofa refuge was created, the Civilian Conservation Corps improved existing natural water sources in the mountains. In the 1970s, livestock grazing on the refuge was phased out, but many wells originally drilled for stock water continue to provide water for wildlife today. Bighorn populations in the refuge have rebounded to more than 500 individuals, allowing for both hunting of the species and relocations of individuals to regrow populations elsewhere in the region. 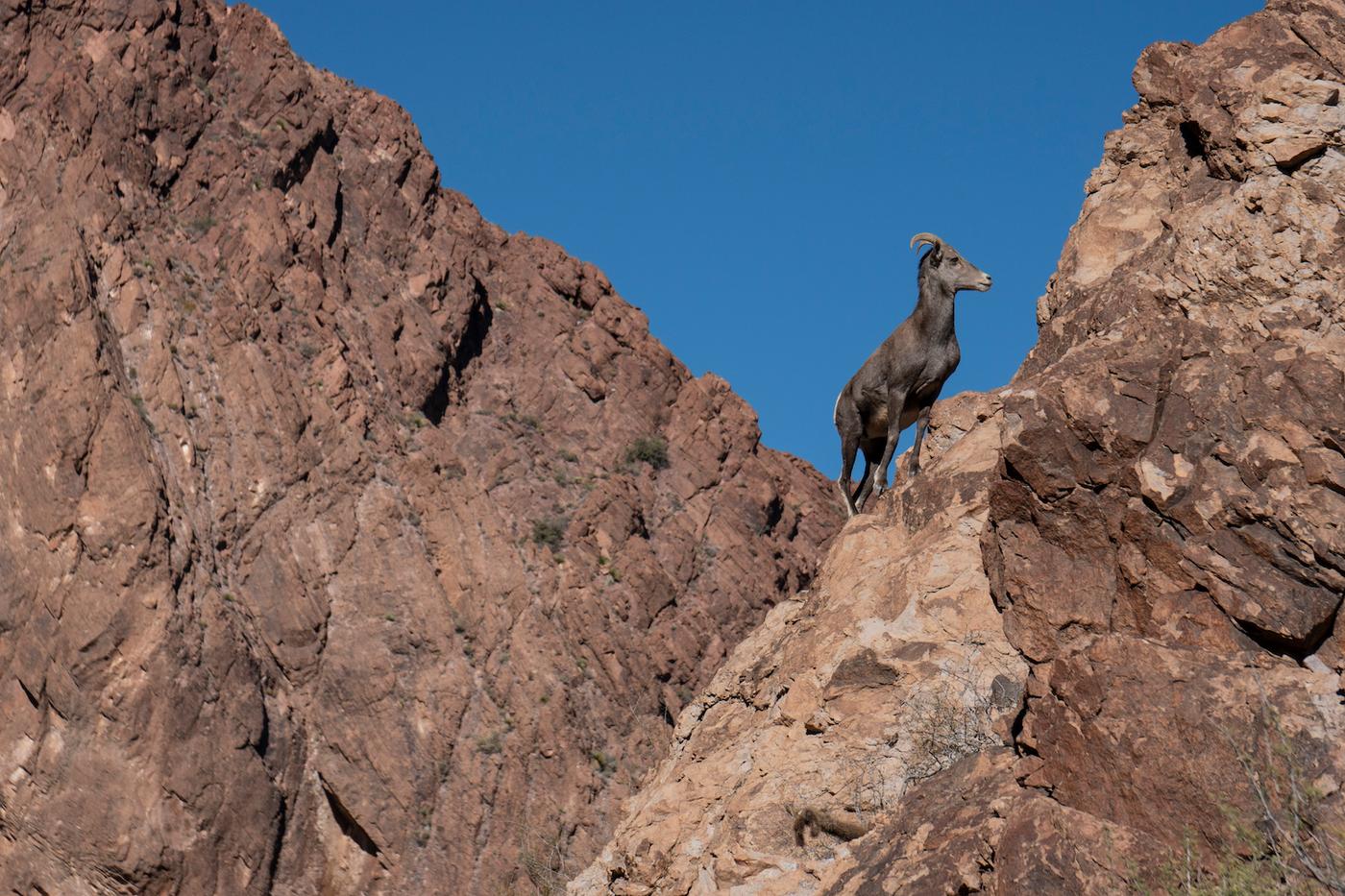 A semi-captive breeding program on the refuge has also been crucial in helping regrow the Sonoran pronghorn population after the “desert ghost” was nearly wiped out by competition with cattle, overhunting, and the construction of fencelines and canals restricting movement to natural water sources. Today, there are around 400 Sonoran pronghorn, up from just a couple dozen in the 1950s. 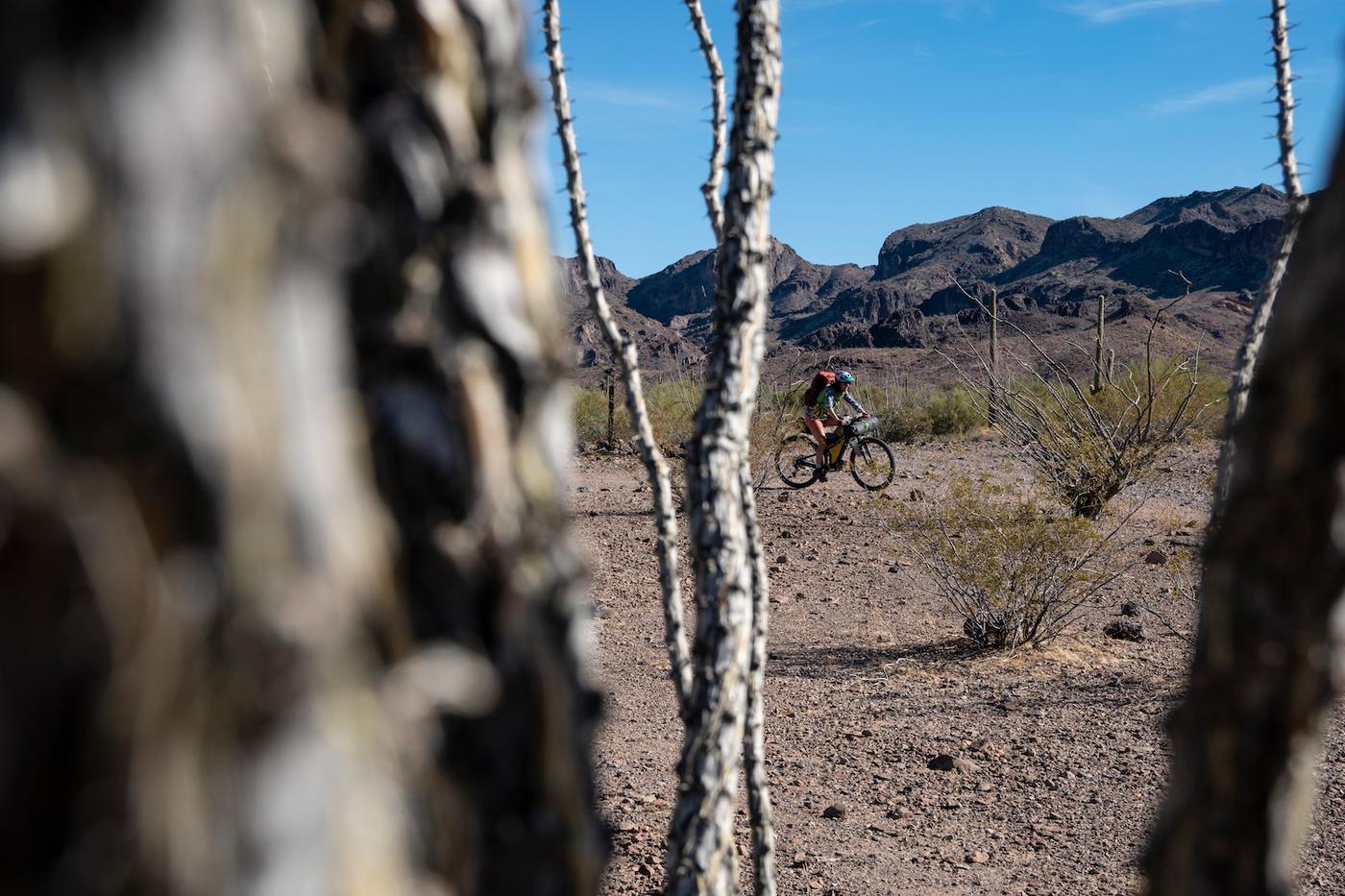 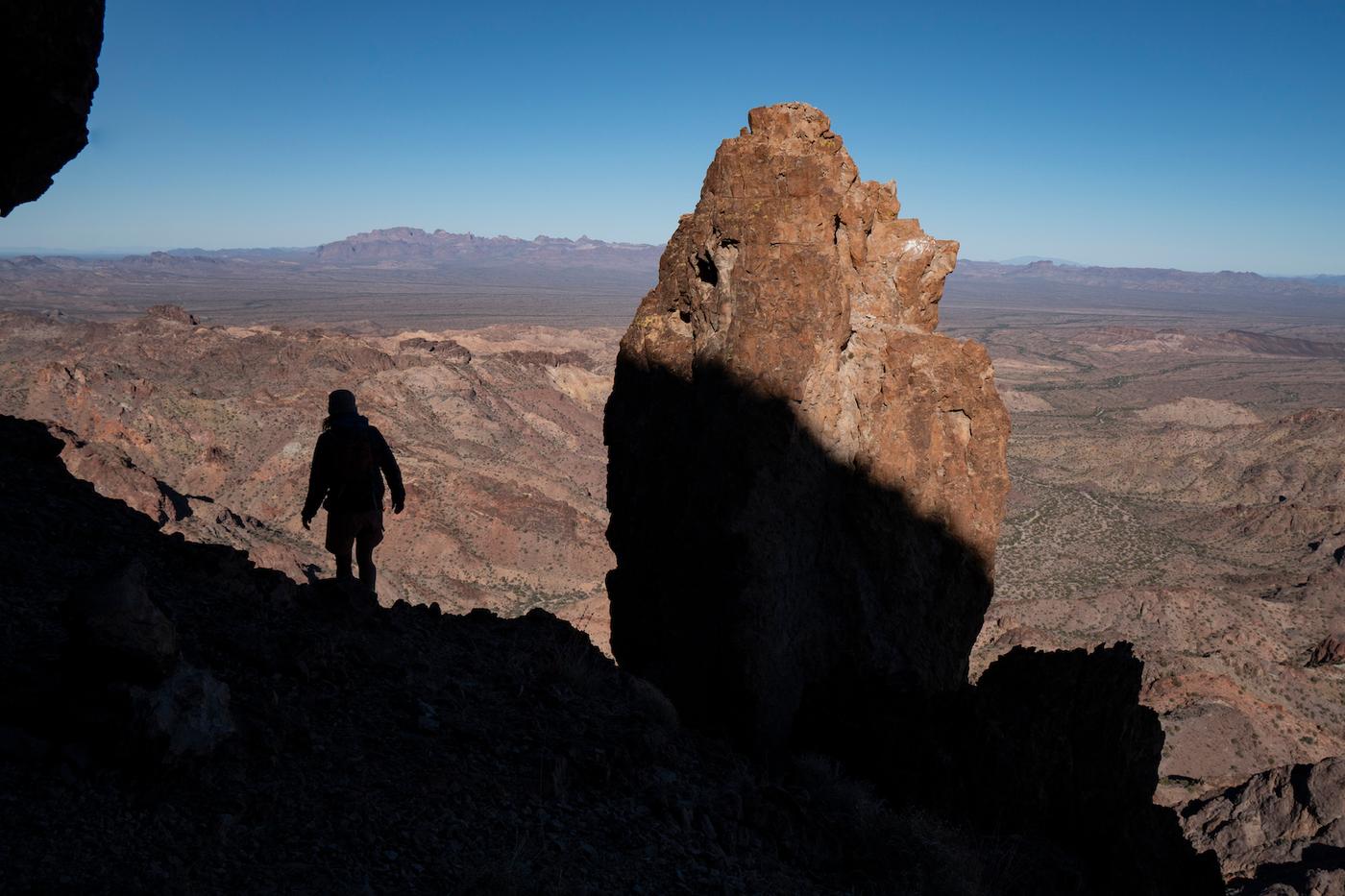 What does all this mean for bike touring in the Kofa? I’d describe it as delightful – very low-traffic 4×4 roads, enough wells and tanks to keep water stress to a minimum, inspiring wildlife, and endless opportunities for hiking and chossy desert peak scrambling along the way (we climbed Signal, Ten Ewe, and Castle Dome Peaks). The 200-mile-long loop we rode was entirely dirt and entirely on public lands. And the refuge is one of the only places in the West that I’ve bikepacked without being regularly immersed in the obvious (and smelly) impacts of livestock grazing. 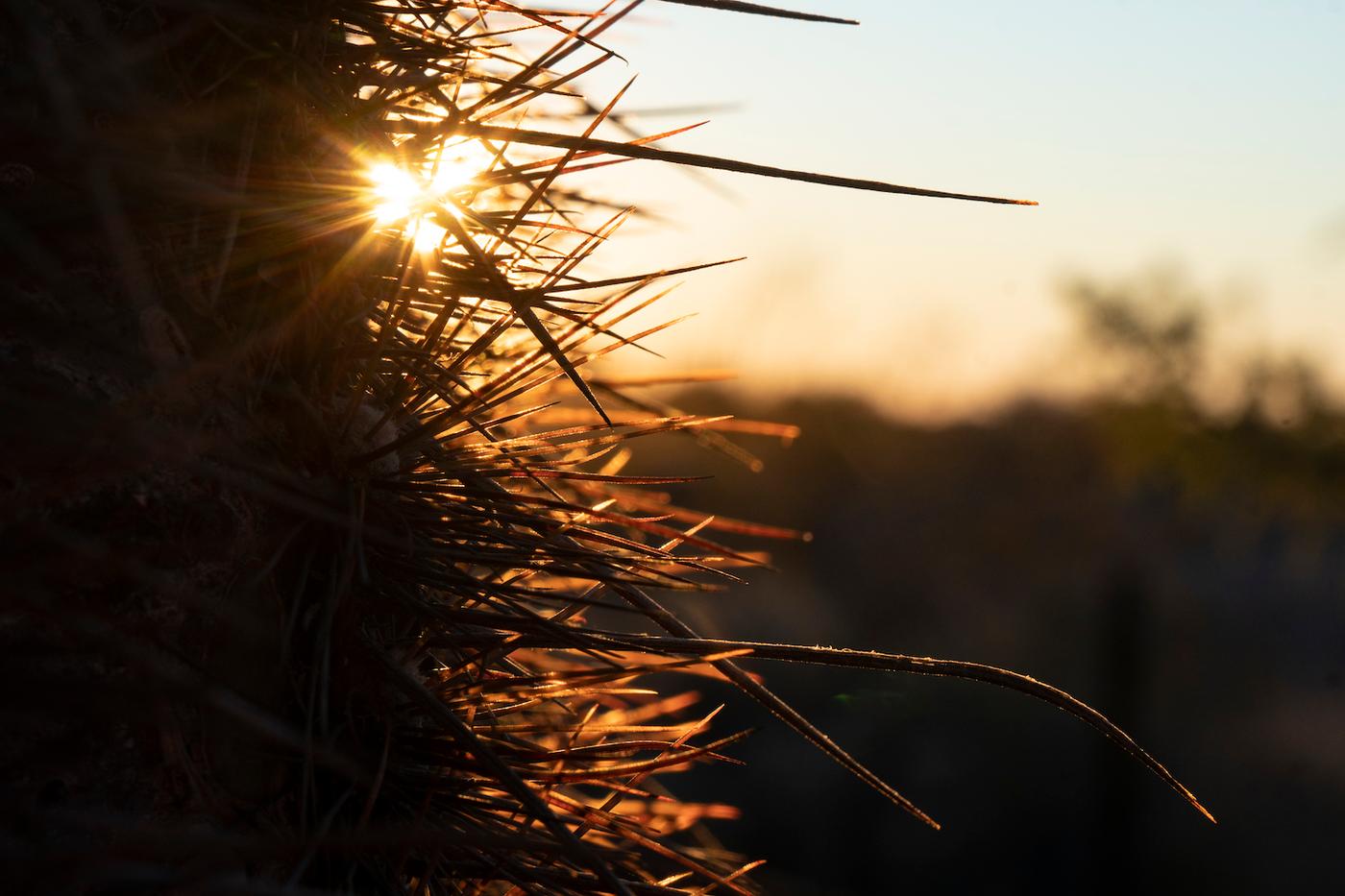 The landscape and wildlife was in a state of quiet winter dormancy while we were there – bird calls were few and far between, the thorny ocotillo were leafless, and bees had but a few flowering plants from which to choose. I’d love to return in the early spring or in post-monsoon-season autumn to experience the same place in one of its more vibrant and energetic states. 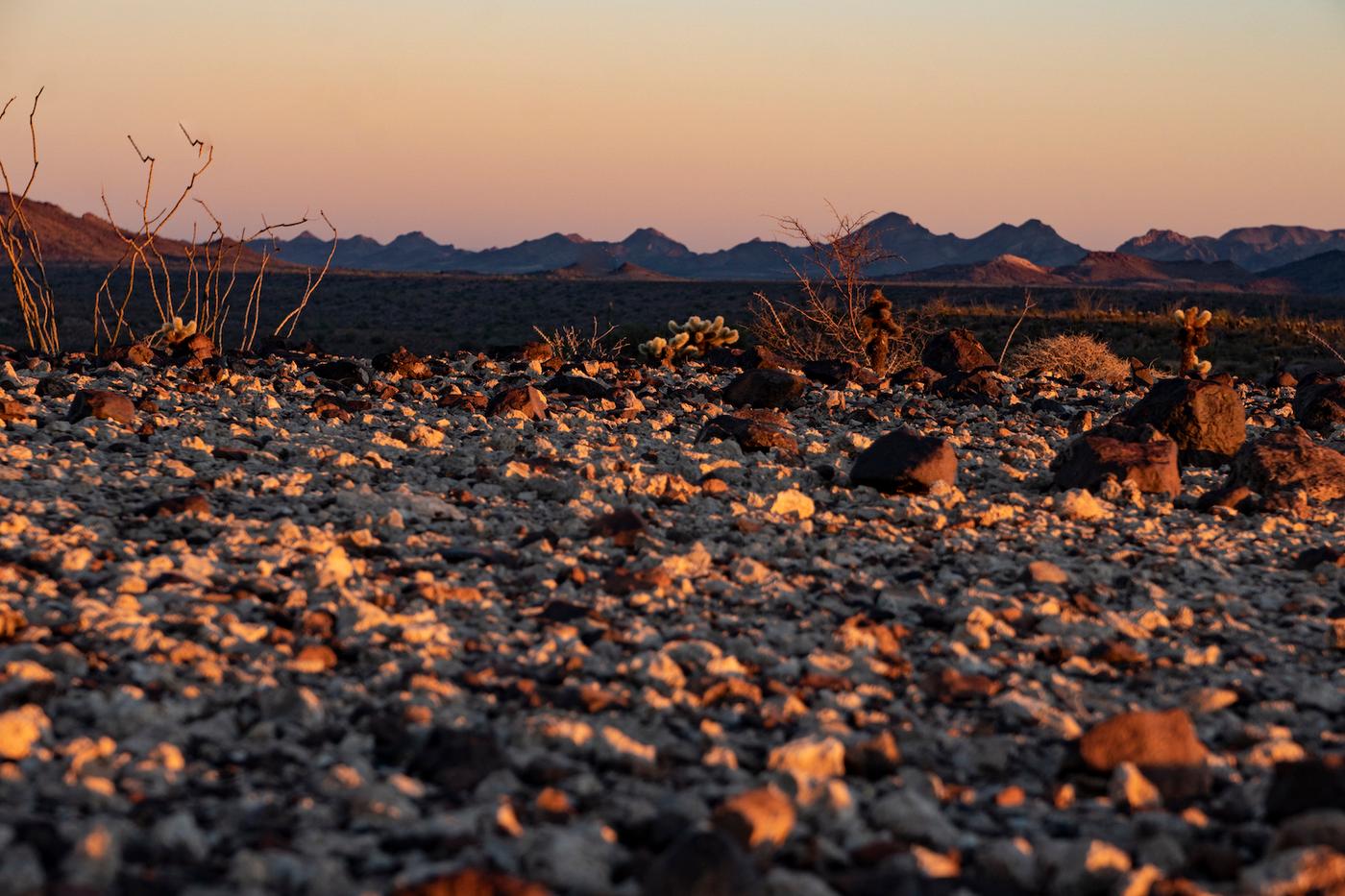 Interested in experiencing the Kofa for yourself? The winter season is the time to go! Hop on over to Ride with GPS to explore a detailed map of the route we rode, the peaks we climbed, and where you may find water along the way.