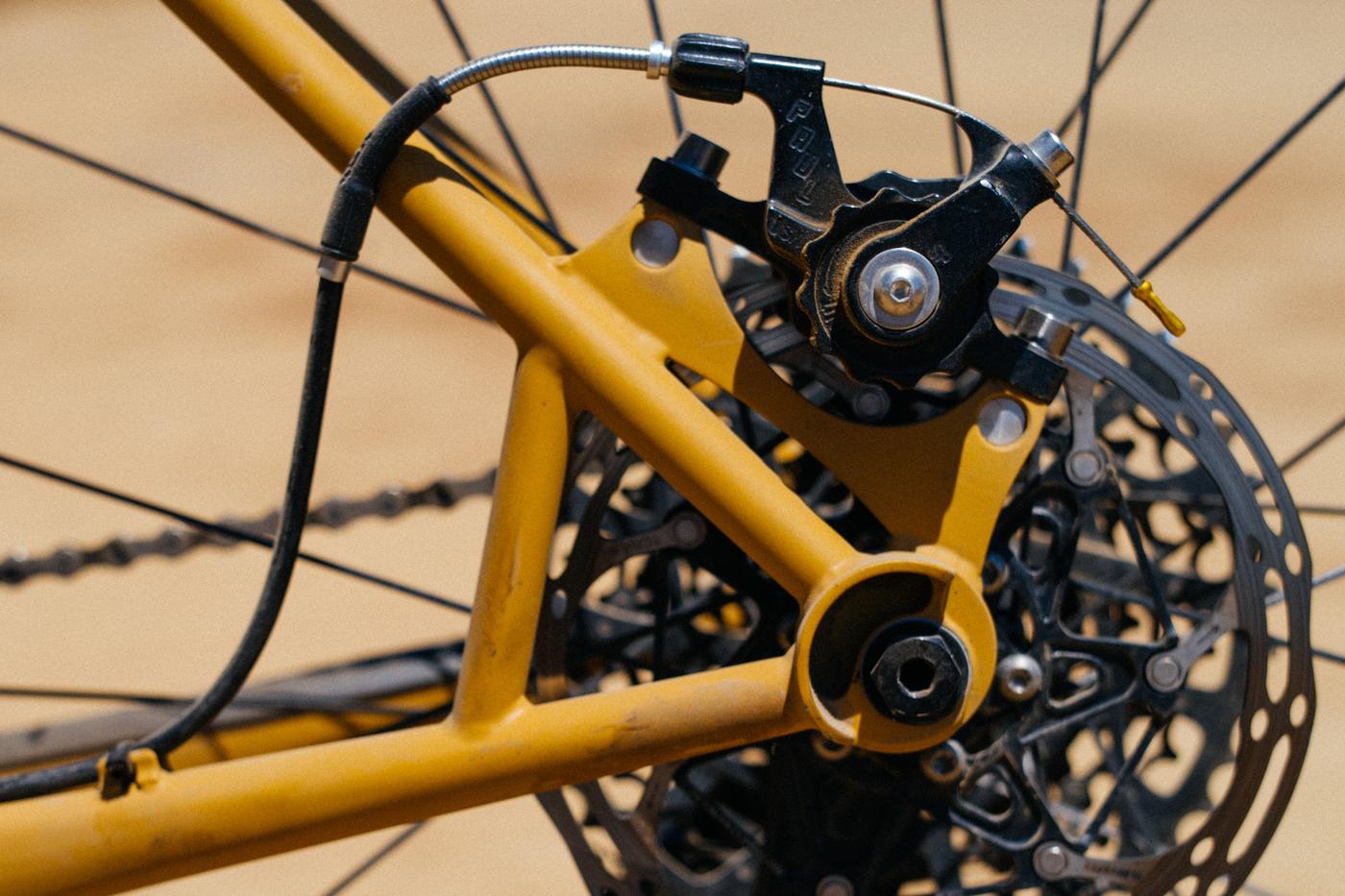 I’m not sure how many of you caught this in the gallery showcasing my Stinner hardtail but we ran into an issue when building the bike up. I wanted to run Klampers on this bike, since I’m using it for some bikepacking trips in the near future and I really liked the way the Retrotec I rode at Paul Camp’s Klamper brakes felt with the short pull lever. So, when I bought the frame from Stinner, we began building it and ran into a problem. It’s a common issue, when a frame is designed to run modern hydraulic disc brakes and you try to run a cable actuated brake like the Klamper, with its high cable entry point. Basically, if we ran the cable through the braze-on and into the Klamper, it wouldn’t work; the bend was too abrupt for the cable.

When I brought it up to Aaron at Stinner, he suggested using a V-Brake noodle, so I passed the idea off to Mike at Golden Saddle Cyclery. This is what he worked up. A simple noodle, with rubber heat shrink tubing around the metal part, so it won’t scratch the seatstay. Personally, I think this is an elegant solution.