The 2021 Easton Overland team is rearin’ up and ready for the 2021 gravel calendar. Here’s their announcement video, check out the athletes below, along with the team’s race calendar.

We’ve got a few new faces joining our 2020 star-studded roster for Easton Overland 2021. We’re also excited to announce new and extended bicycle partnerships for the year: 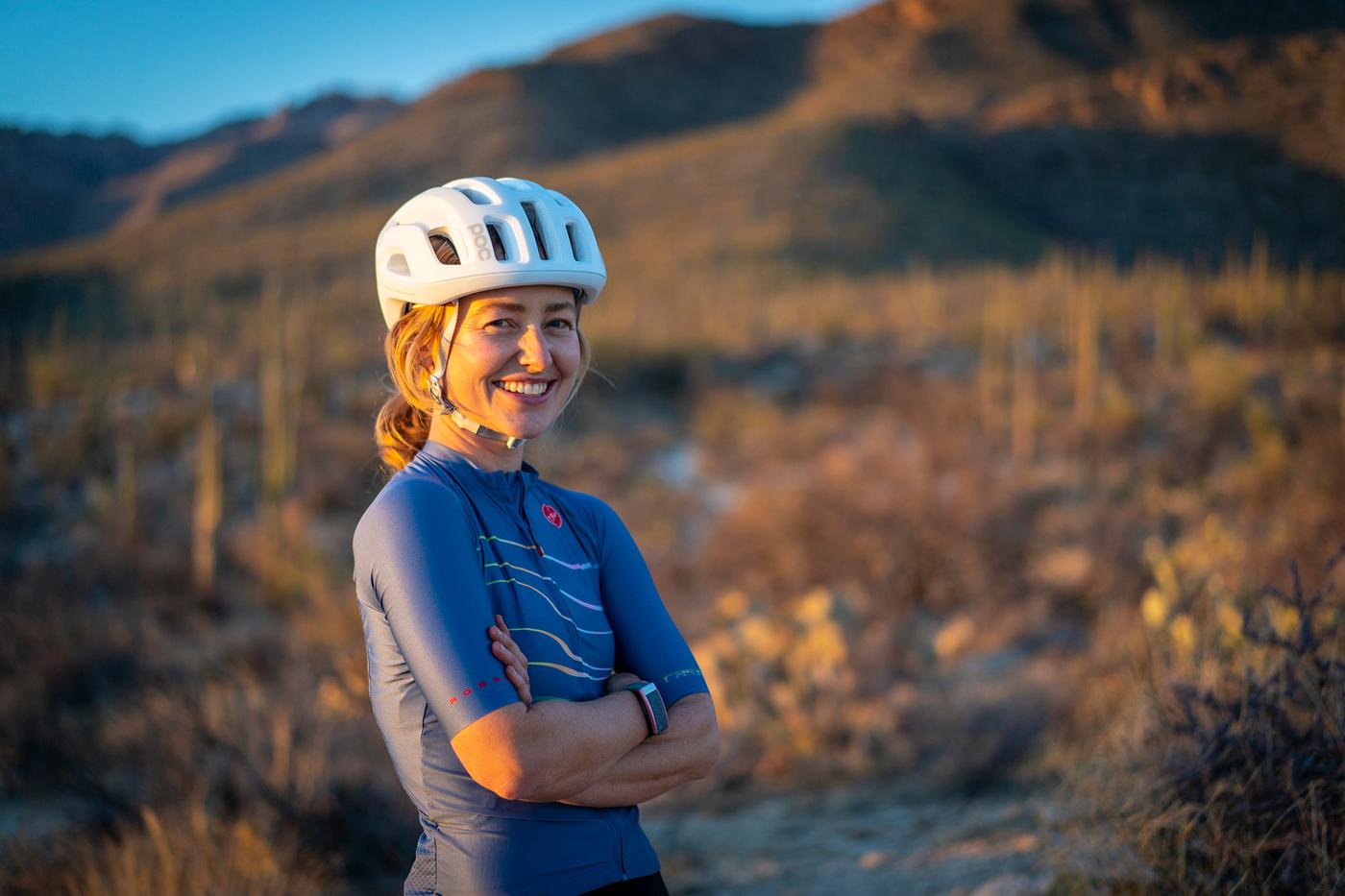 For a third year with Easton Overland, Amity has also partnered with the Pinarello Gravel team and will be wearing a unique Easton/Pinarello livery as the race season picks up later this year. While defending the Queen of Unbound (formerly DK 200) will be a major season goal, multi-day events like Trans Rockies Gravel Royale and BCBR Gravel Explorer will be on the roster! Her Pinarello Grevil will be her main steed. 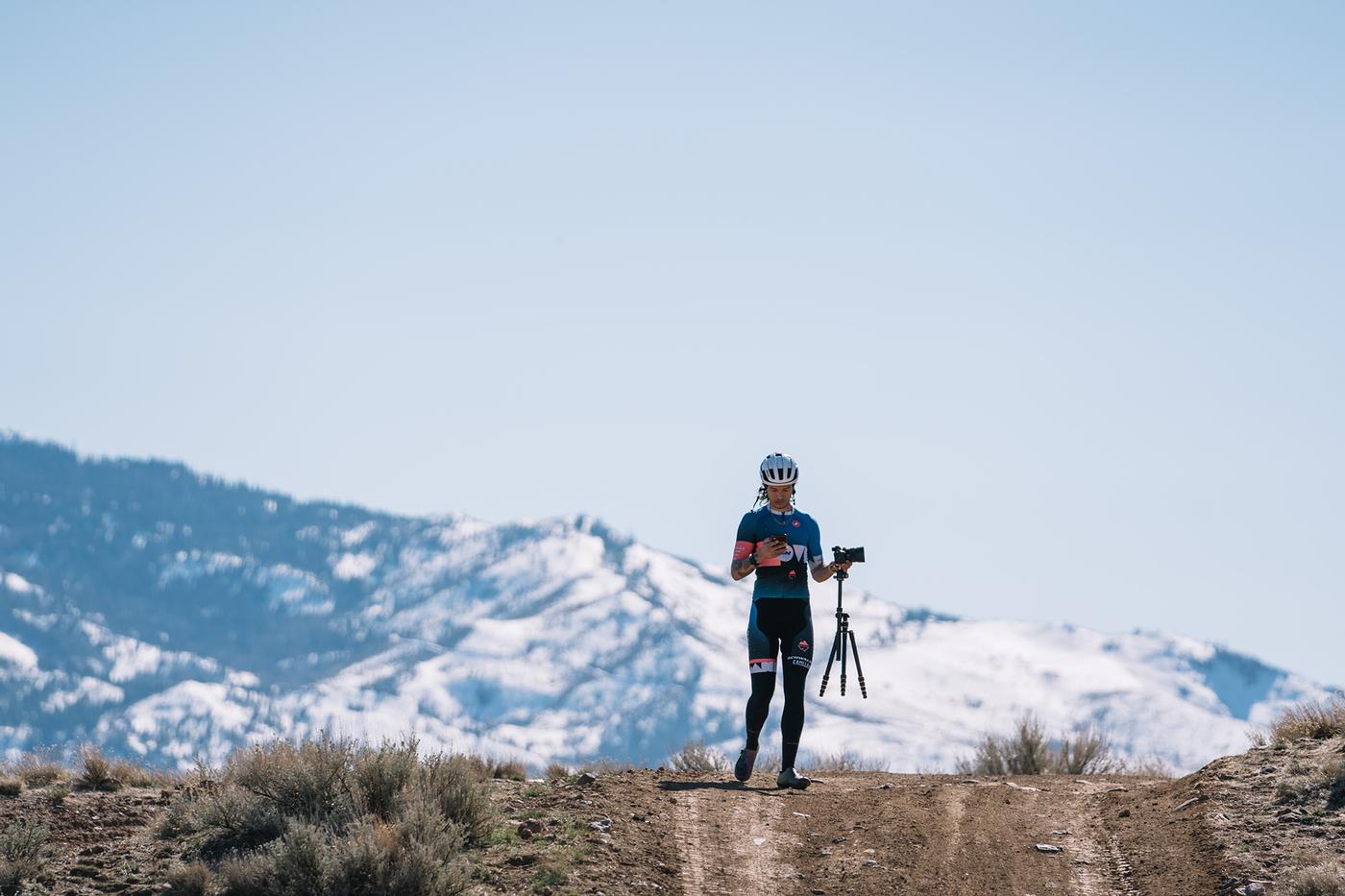 New to Overland for 2021, Adam joins us from Portland – a true ambassador with connections to the Easton from racing for Team Rock Lobster CX, Mettle Cycling , Ride Sasquatch and others. His writing, photography and beautiful mug have been featured in Broken and Coastal and other publications; while his bike handling skills have also been a regular fixture in the PNW Gravel and Cyclocross scene. Adam will be repping the Orbea Terra. 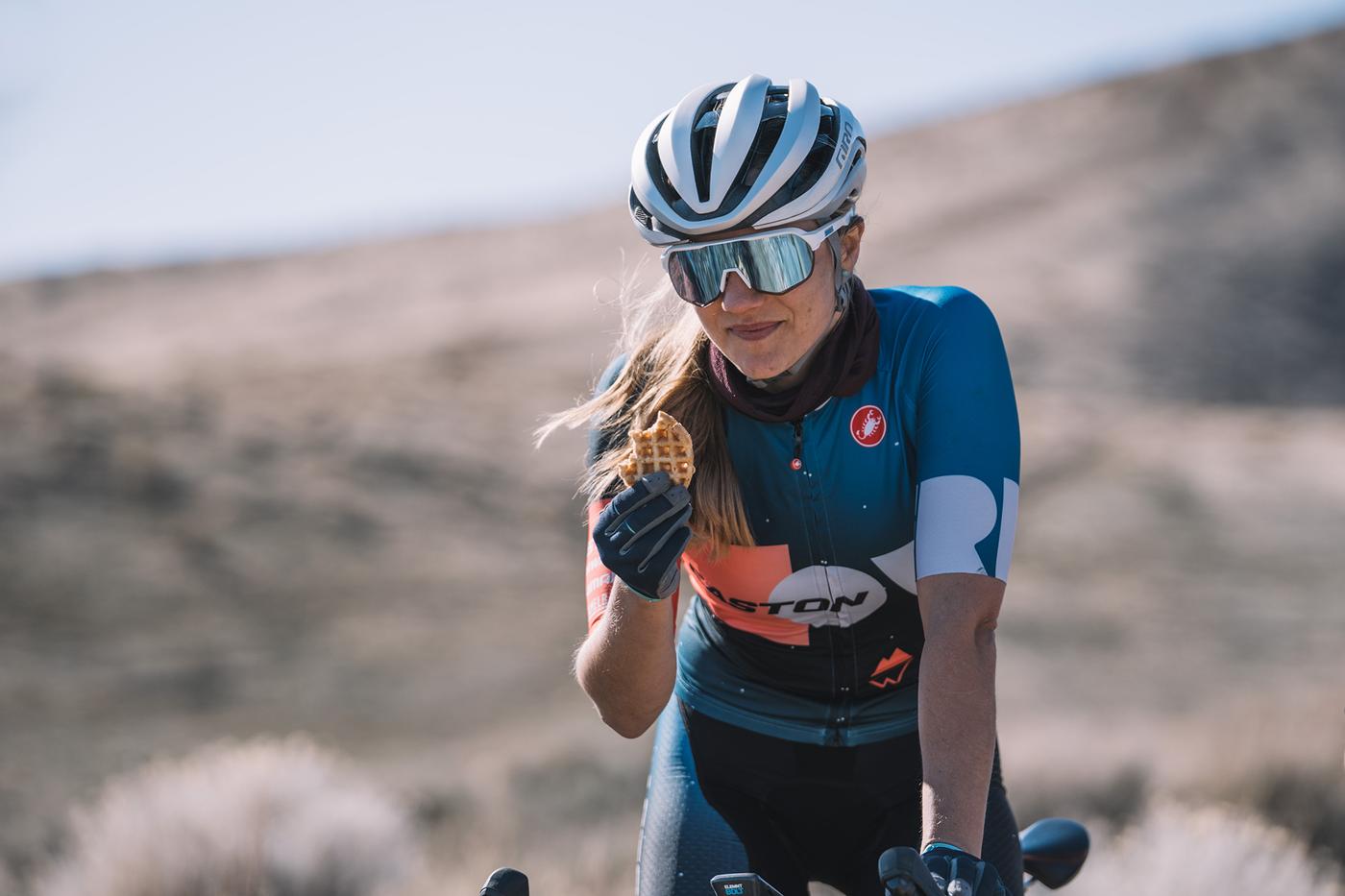 We were excited to introduce Caitlin as a new member in 2020, and that energy continues into 2021. Between her huge national presence in US Cyclocross, XC and gravel, and her passion for waffles, she’s the perfect ambassador for Vermont maple syrup and sendy gravel. She continues to rep Devinci this year, with an endurance-focused 2x setup, and a 1x GRX dropper equipped spec for more aggressive Grinduro style events. 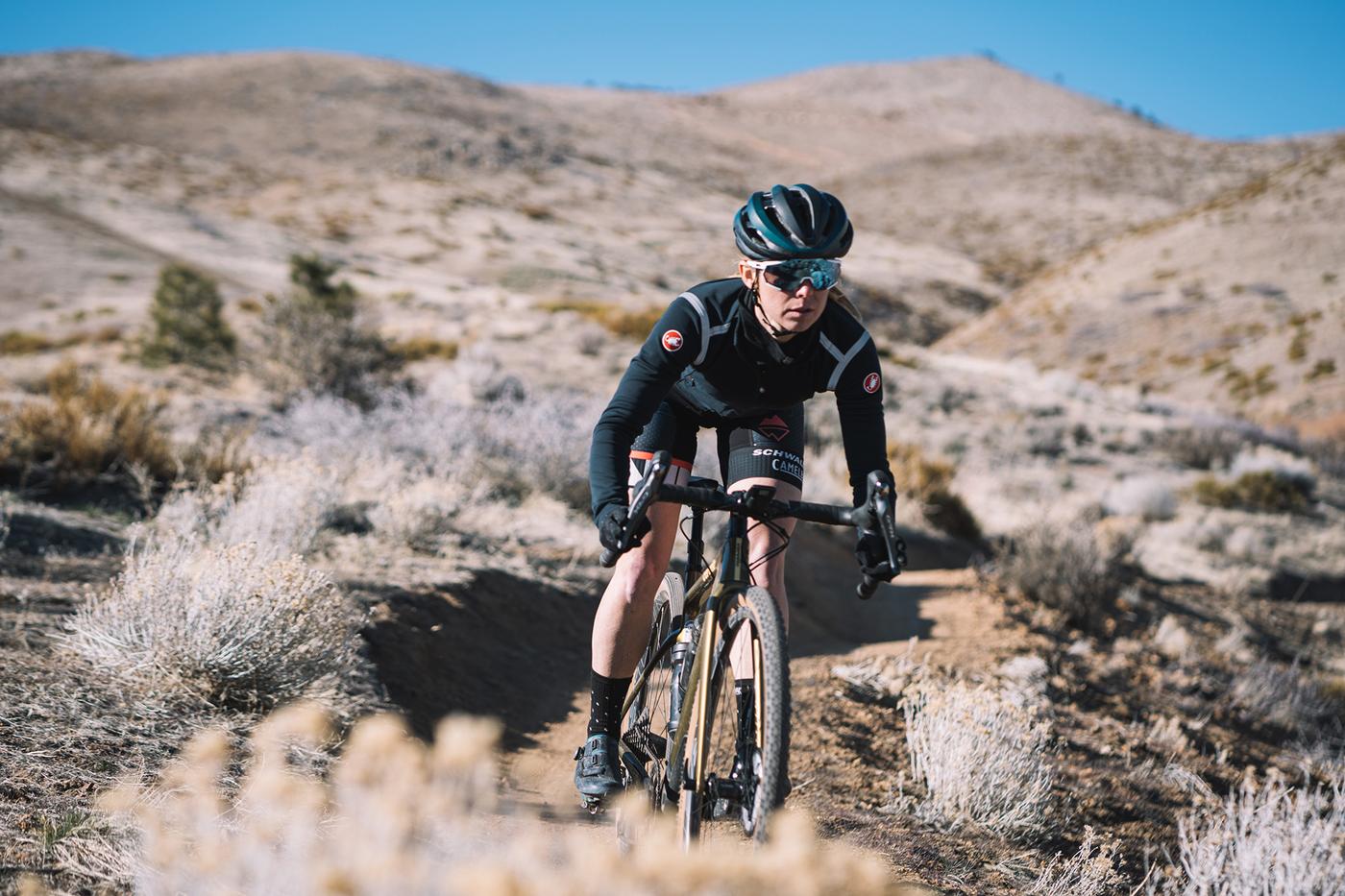 At the beginning of 2020, Caro was slated to start the year coming in hot off an 8th place ranking in US Cyclocross. As she pivoted to FKTs and exploring her new home in South Lake Tahoe, the goals have adapted and we’re excited to see her kickstart the gravel season with that same enthusiasm in 2021! Caroline will be racing the highly adaptable Cervelo Aspero, with her 2x GRX Di2 setup taking on the primary role of endurance gravel for events. We’ve said it before, but Craig is our swiss army knife, a competitive athlete that revels in the multiple formats of road and dirt cycling. Craig is a wealth of advice for those pursuing gravel events while balancing the full-time grind. His Devinci Hatchet builds will focus on the aggressive side of gravel, taking on 50c tires and our more aggressive AX build kits to keep pace with his favorite Comox Valley single-track on Vancouver Island. Emily joins Easton Overland with a focus on slinging cameras, capturing bikepacking + adventure rides, and doing some extended gravel journalism. Her background in truly epic outdoor adventure photography will bring a new perspective to Overland and we’re excited to pair her keen eye with her gift for words. Emily is riding the Thesis OB1, which has been her do-it-all from Death Valley to the gravel near her San Francisco home. 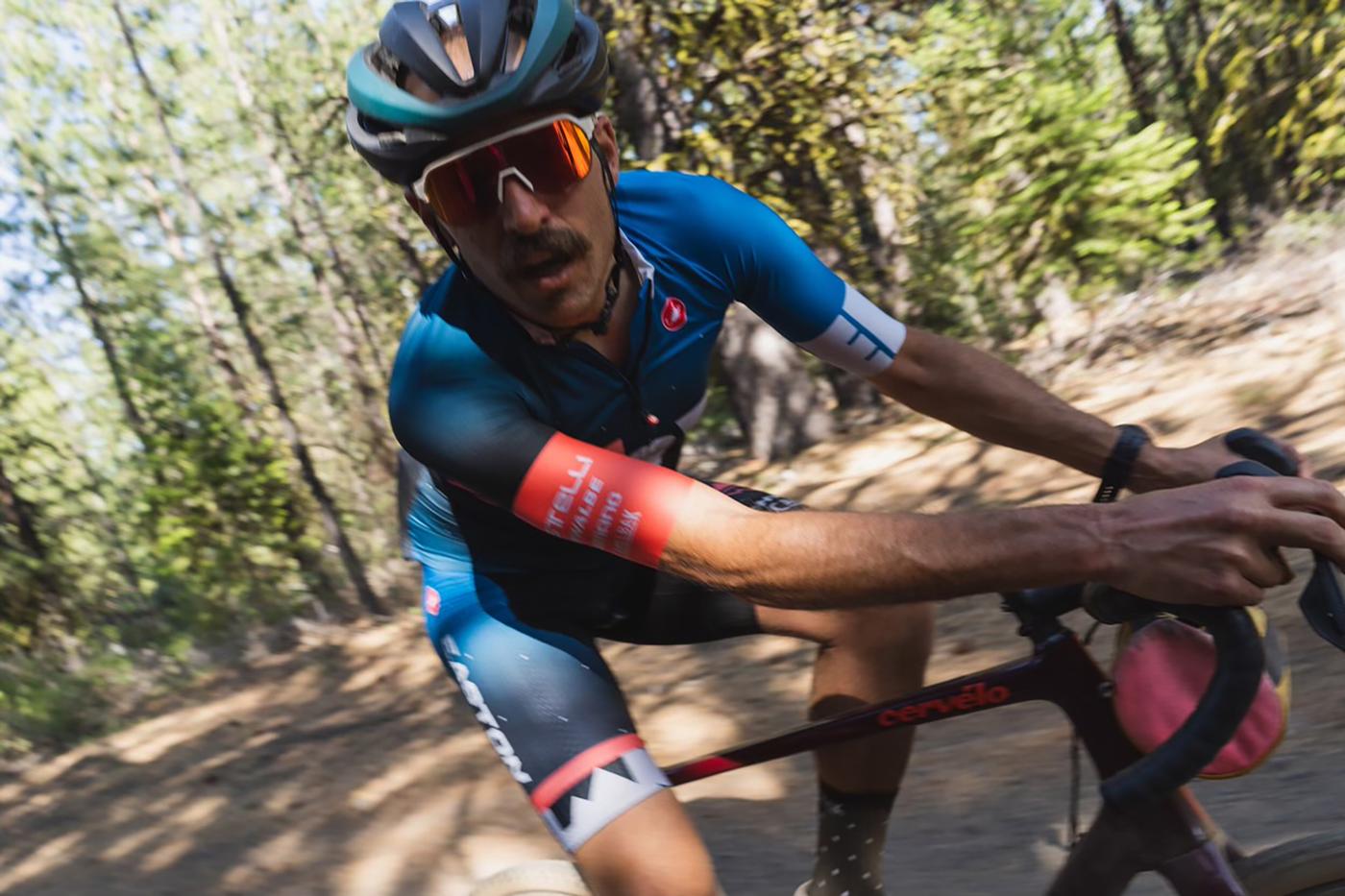 Our resident gravel veteran, Lieto has a breadth of on-the-ground event involvement, both in organizing and announcing so make sure to tune in to his coverage of SBT GRVL! He’s also our main expert on bone healing, and while we don’t revel in his recovery the past few months, we’re excited to have him share some tips from a professional cyclist on how to rebound from injury. Matt will be our second Cervelo athlete, with his Aspero rigs equipped to take on stage races like Oregon Trail and Rebecca’s Private Idaho. 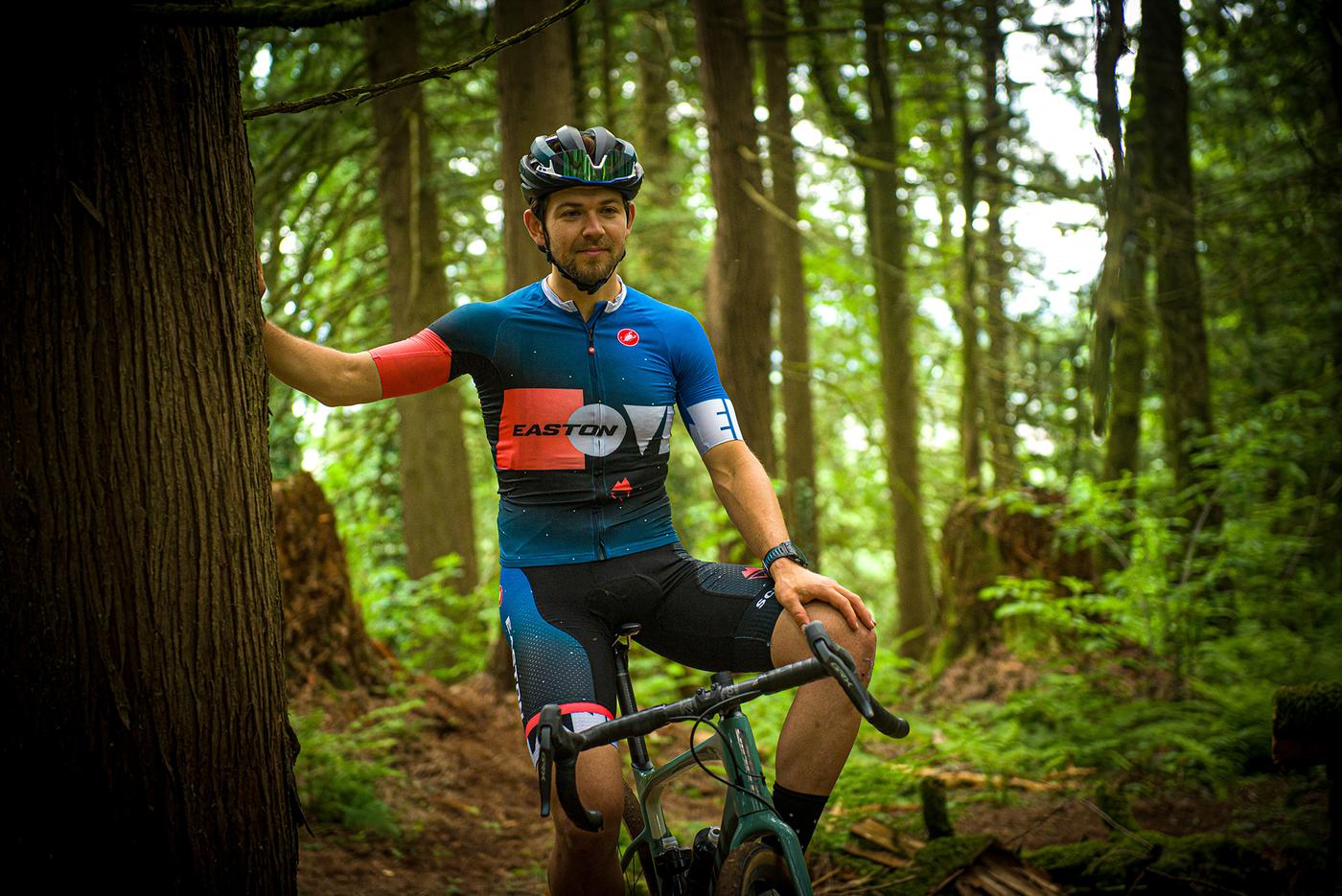 We’ve said it before and we’ll say it again: MVDH is more than just Canada’s nicest National CX Champion. He’s also a coach, and uses his platform to share Training Tips Tuesdays and his cyclocross and gravel insights through Cycle Smart. Like his CX bikes with Easton Giant Cyclocross, Michael will be riding the Giant Revolt Advance and occasionally the TCX for a mix of single track ripping at events like Trans Rockies Gravel Royale and Grinduro Canada.

Executive producer on many an Easton project, Linnaea has been a facet of Overland behind the scenes. Much like her involvement in the R.A.R. Gravel Squad, she’s an incredible resource to the planning and execution of our Easton Basecamp work, an excellent editor, and a creative force behind our community.

In-house videographer and photo guru for Easton Cycling, Nicholas is our secret weapon for the stories behind Overland. He has also been fully dedicated to the quiver-killer mentality – racing CX, Gravel and even (accidentally) a few road races on his handbuilt titanium Naked Factory frameset. As a grinder, he’s set up for 1x GRX and we’ll try to convince him to run a cassette bigger than 11-32 someday.

Team Manager, Mechanic, Event Outreach. Perhaps best described as a Director Sportifs. Fixer, logistics guy, handler, rental car driver – long distance gravel events need someone to make sure the bikes work and the people are stoked. And sometimes he even rides! Matt’s newly refreshed ALLIED ALLROAD will take on endurance events, while on the ground coverage at BCBR Gravel Explorer will be attacked on the ALLIED ABLE.

The Incredibly Distanced Mid South – already completed with our partners at District Bicycle and Mid South!