Inside / Out at White Industries in Petaluma, California

In 1991, with the advent of Shimano’s XTR drivetrain, Doug White felt a pinch. That pinch turned into a financial punch and it was the first time since White Industries opened in 1978 that the small fabrication shop was worried about shuttering their operations. Ironically, the thing that saved White Industries from Shimano’s pursuit of mountain bike drivetrains was the single speed freewheel and the community that embraced SSMTB racing and riding.

Stories like that really resonate with me. Hearing about a small company – by comparison to Shimano anyway – make it after fears of breaking it thanks to a grassroots scene like SSMTB shows just how much companies like White Industries matter to us, the consumers within the cycling industry. 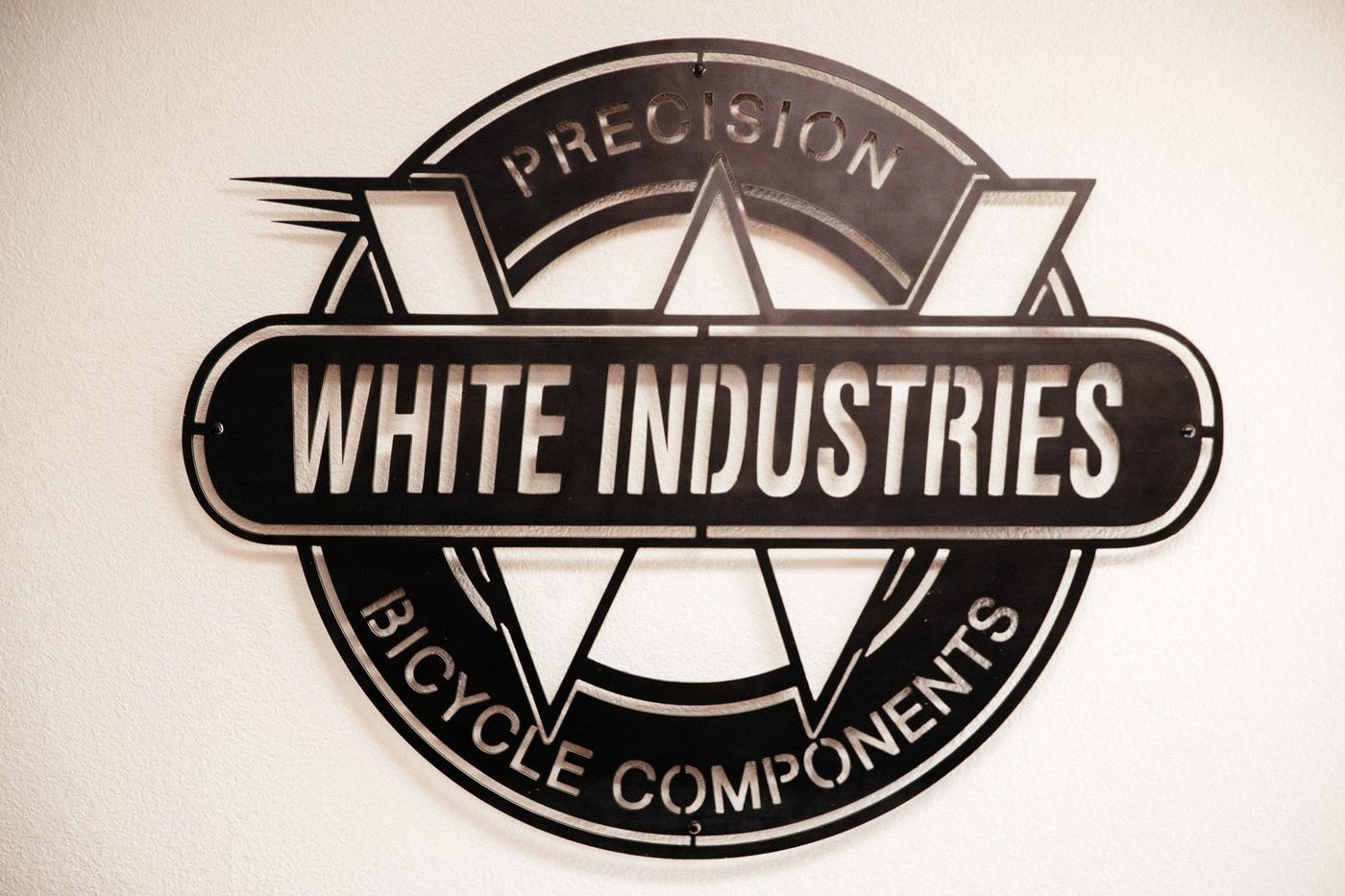 Over the years, White Industries has done their best to address various shifts and demands in the marketplace, while sticking to their guns and making the best dang parts around. In their Petaluma-based shop, I got the grand tour with Alec White, Doug White’s son, at the helm. Alec has really stepped up his presence in the company over the years, pursuing new products, as well as updated designs – like their Center Lock Disc hubs and those spiffy new MR30 cranks. He also spearheaded the newly-released White Industries headsets. 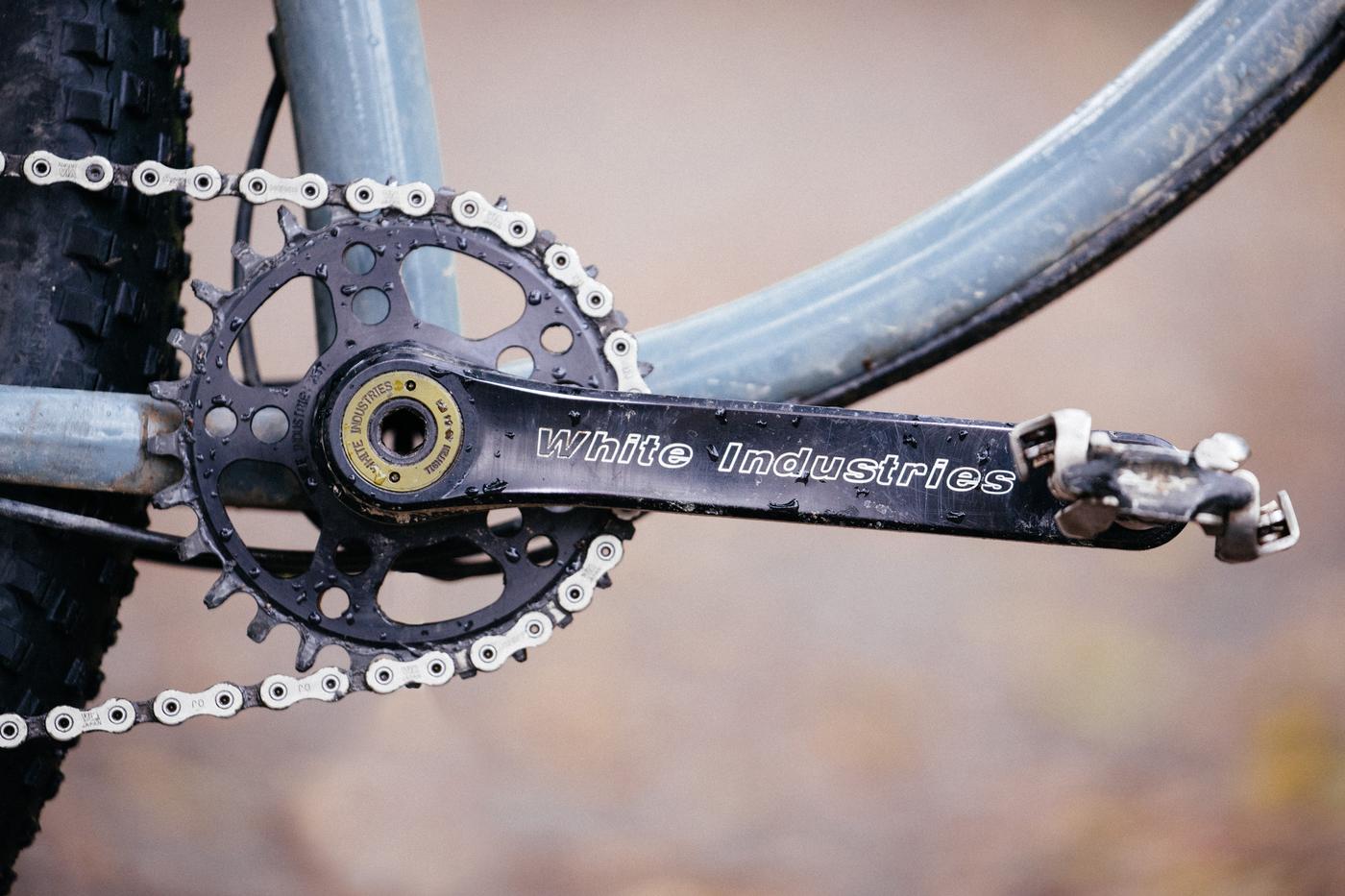 Ask Alec and he’ll tell you White Industries isn’t trying to take a bite out of anyone’s market share, they’re trying to simply offer products that fit the brand’s M.O. That is, quality products, machined in-house, using sealed bearings, void of ostentation. Pick up a White headset, or cranks and you’ll see near-squared off edges and their logo. White’s offerings are hardly as aerodynamic or stylized as Shimano’s current XTR group, and yet the consumers seem to love it.

White also exists within the US-made market, alongside their close friends at Chris King and Paul Components. Alec will even admit the success of King headsets and the apparent competition White has brought to the table, while still stating that they are, indeed, two different products. King makes their bearings in-house after all, while White uses sealed bearing cartridges from Enduro. 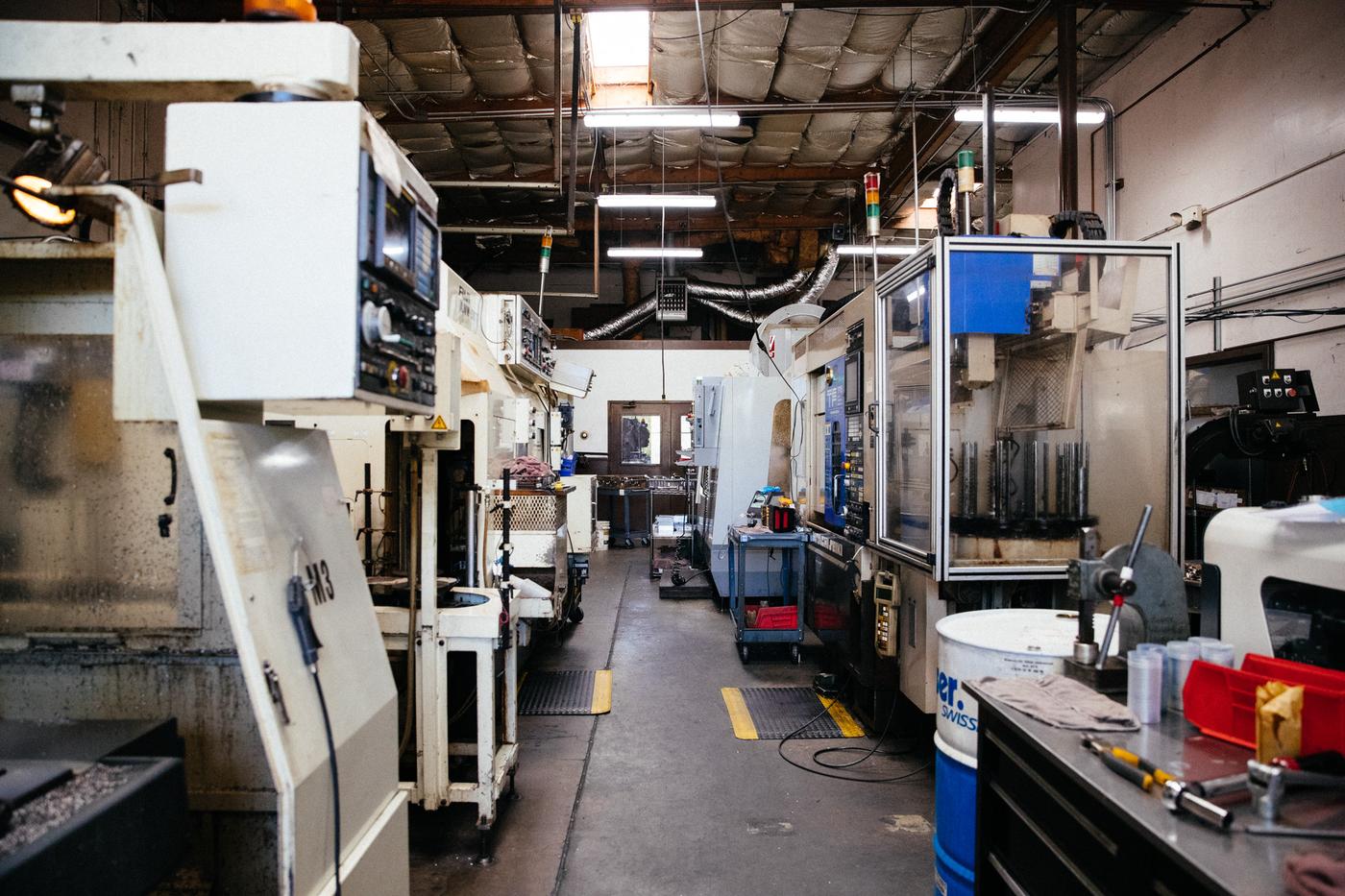 Walking into White Industries feels like a number of facilities I’ve visited over the years. There’s an office, a stock room, and the production floor. Within each of these zones are real human beings, some of which are Petaluma natives, and others who moved clear across the United States to work at the company. The production floor is loud, with the hum of mills and other machines buzzing, like this broacher, manned by Adrian. This machine adds the teeth to the freehub body assemblage by pulling a tapered rod with scaling teeth through the machined ring. It’s a messy job, with milling oil being dumped onto it, yet even Doug himself and Alec have manned it in the past. Today was Adrian’s turn at the machine and tomorrow, someone else’s. You get the sense that it’s an all-hands-on-deck operation. Pardon the seaman expression, it’s hard to not make the analogy with Adrian’s outfit. 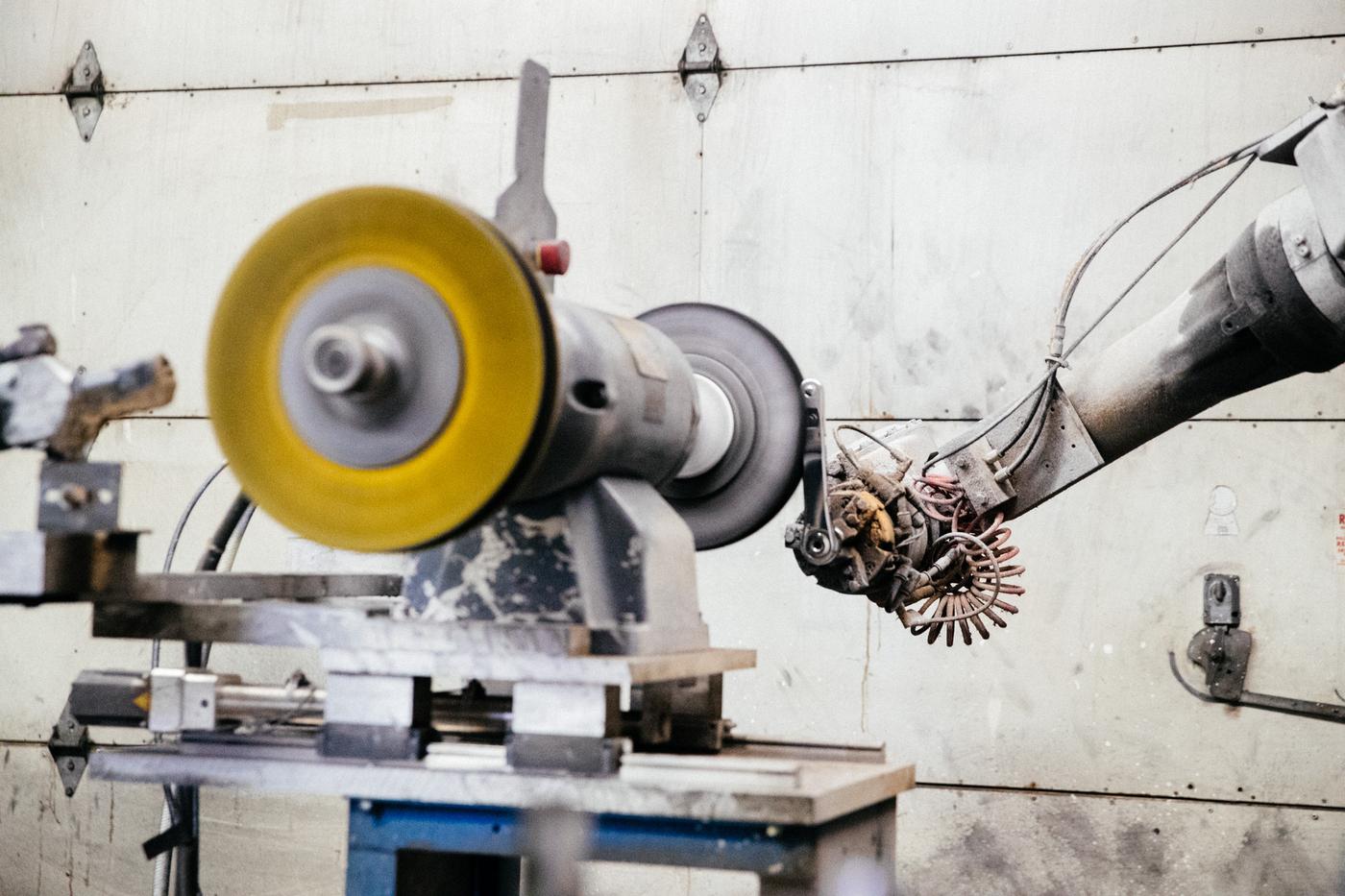 Not all operations are human-run at White. A decade or so ago, Doug purchased this robot from Taylor Guitars, who could never get the thing to do what they wanted it to. Doug waited and waited until the price was right, then made the move, bought it, and for years it sat at White, looking for a use. Then, with the advent of the MR30 cranks, Doug programmed it to polish crank arms. Every anodized component at White needs to be polished first. This ensures consistency in the anodizing finish and hue. If you’re wary of the robots taking over, this polishing system is still run by the guy who used to be doing the dirty work. Now he’s much cleaner, however. Meanwhile, before the cranks ever reach the polishing surface, they are machined from square stock, via a series of processes, all manned by a series of employees. In the back production room, a myriad of mills and CNC machines buzz, as employees move around as if they’re spinning plates. Like Ed, who moved here from the Midwest to work at White. Ed’s a cyclist and we got to ride mountain bikes last Saturday together. I’d like to think when people purchase parts from White, they know they’re not only supporting a company that’s been around since the late 70’s but people who rely on White Industries for a job. Many of which aren’t even cyclists, just humans who love the machining industry. Doug White is lucky. Lucky that he’s got a son like Alec who has taken an interest in the company and invested his time and energy into making it better. While Doug still comes into work many times a week, eventually, it’ll be Alec running the show, making decisions and ultimately ensuring the success of White Industries. Any time Alec and I hang out, we discuss ideas, both in terms of marketing approaches and components. Usually, it’s at an event or over dinner, but sometimes it’s while pedaling a bike. 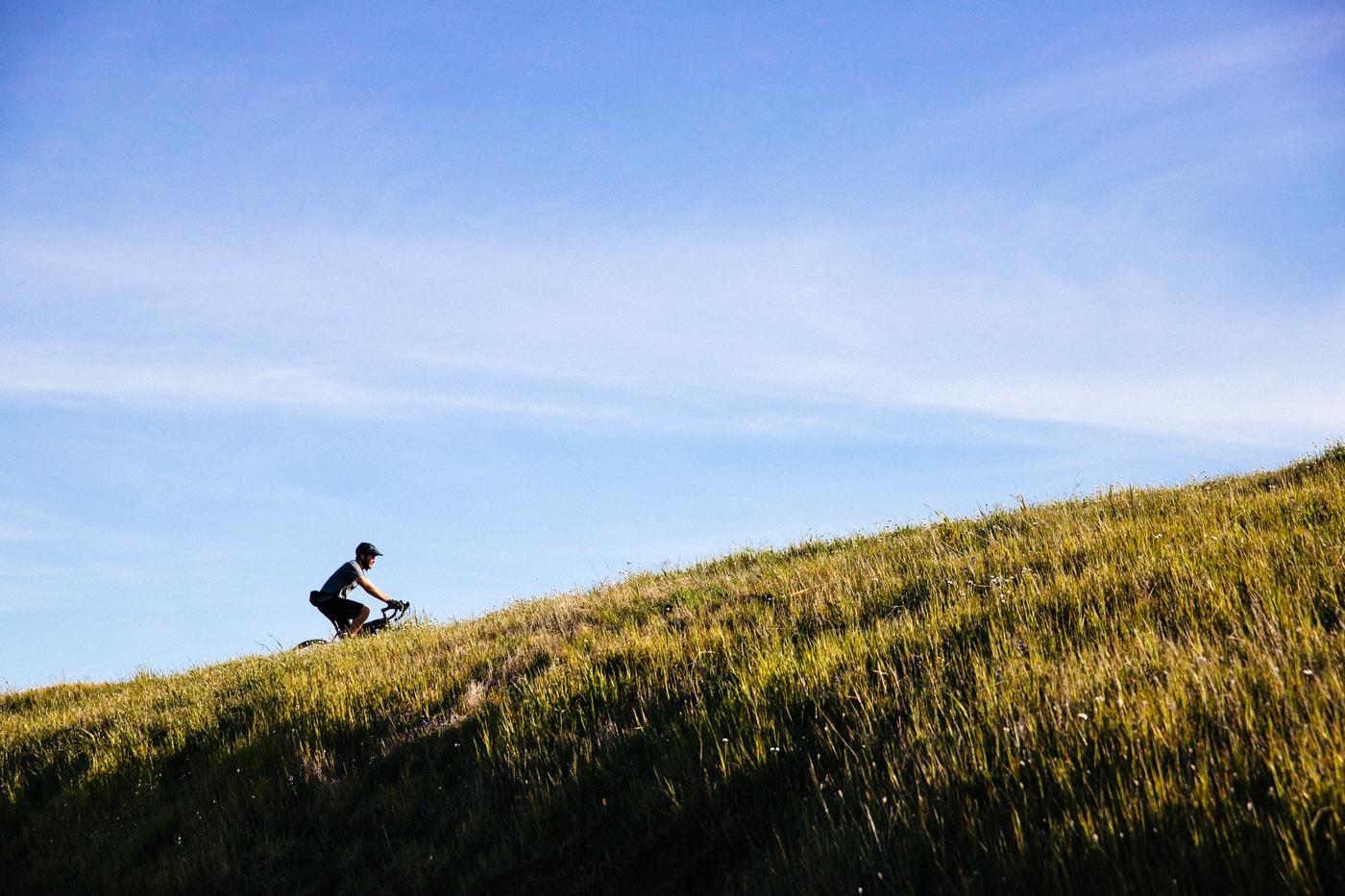 This trip we finally got to ride on Alec’s home turf. Well, Santa Rosa and Calistoga anyway. You can design parts and components all day, but if they don’t work in the field, the pursuit is moot. These bike rides are essential for Makers, for people who form an idea and see it to fruition, hopefully making the industry and your bike ride better in the end. And yes, White Industries still makes SSMTB components, the very thing that saved this company back in the early 90’s.

Thanks to everyone at White Industries for opening their doors to me. I can’t wait to come back in the near future to document what’s next for the Petaluma-based manufacturer.