Like all animals, human beings posses that atavistic urge to play. It’s been said that a dog will die if it can’t exercise and perhaps humanity can learn a little from that. Look, we’re highly evolved animals, but we’re still animals.

Yesterday, a solid crew of individuals ascended upon the Angeles National Forest to ride bikes, talk the talk and attempt to ride the walk (or the parts of the trail that are just too steep to ride.) A few photographers, a few bike shop owners, an intern, a man with a mustache, a brand owner, a tourist and a blogger (that’s me) all met at the trail head around 4pm, after the hour drive from the hustle and bustle of Los Angeles. 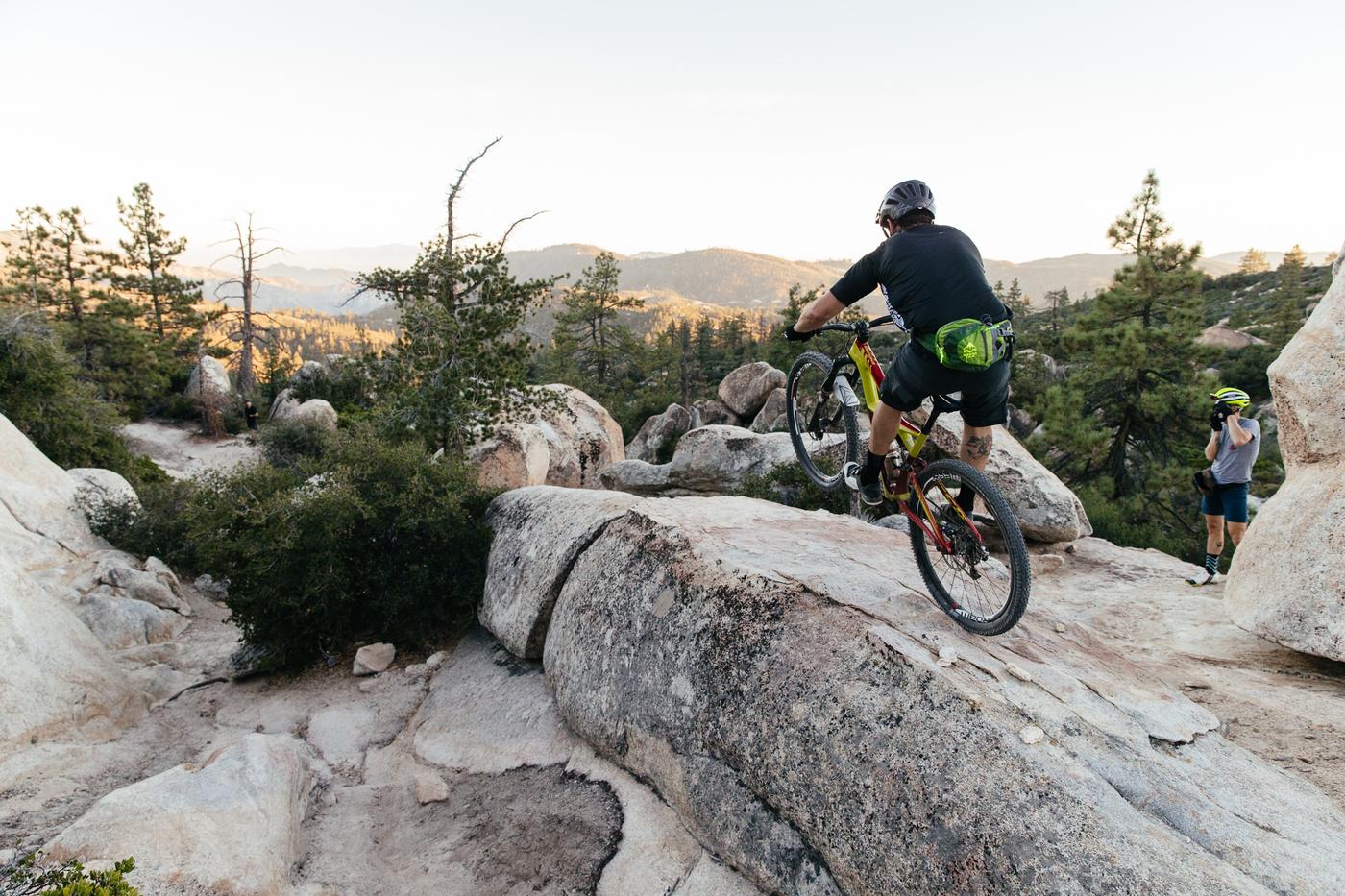 The bikes were as varied as the individuals who chose to pedal into the fleeting light and as mother nature began to drop a nuke on the Angeles Nat’l Forest, some animal-like behavior began to shine. Playing, eating, talking shit (barking) and then we all became mesmerized by the spectacle that is mother nature. A ride is best measured by the amount of time soaking in the scenery and exploring one’s own abilities on the bicycle, not the moving time, elevation or distance traveled.

We ended with pizza, a few beers and a sated drive back down to the City of Angels.