Defgrip Presents the BMX shorts at the 2010 Bicycle Film Festival from Defgrip on Vimeo.

Defgrip is working with the 2010 Bicycle Film Festival on the selection of all the BMX content for this year’s festival. The first endeavor is a call for entries for a 10-minute BMX-themed film. Check out more details below and if you’re interested in submitting a film, act quick because the deadline is March 27th! 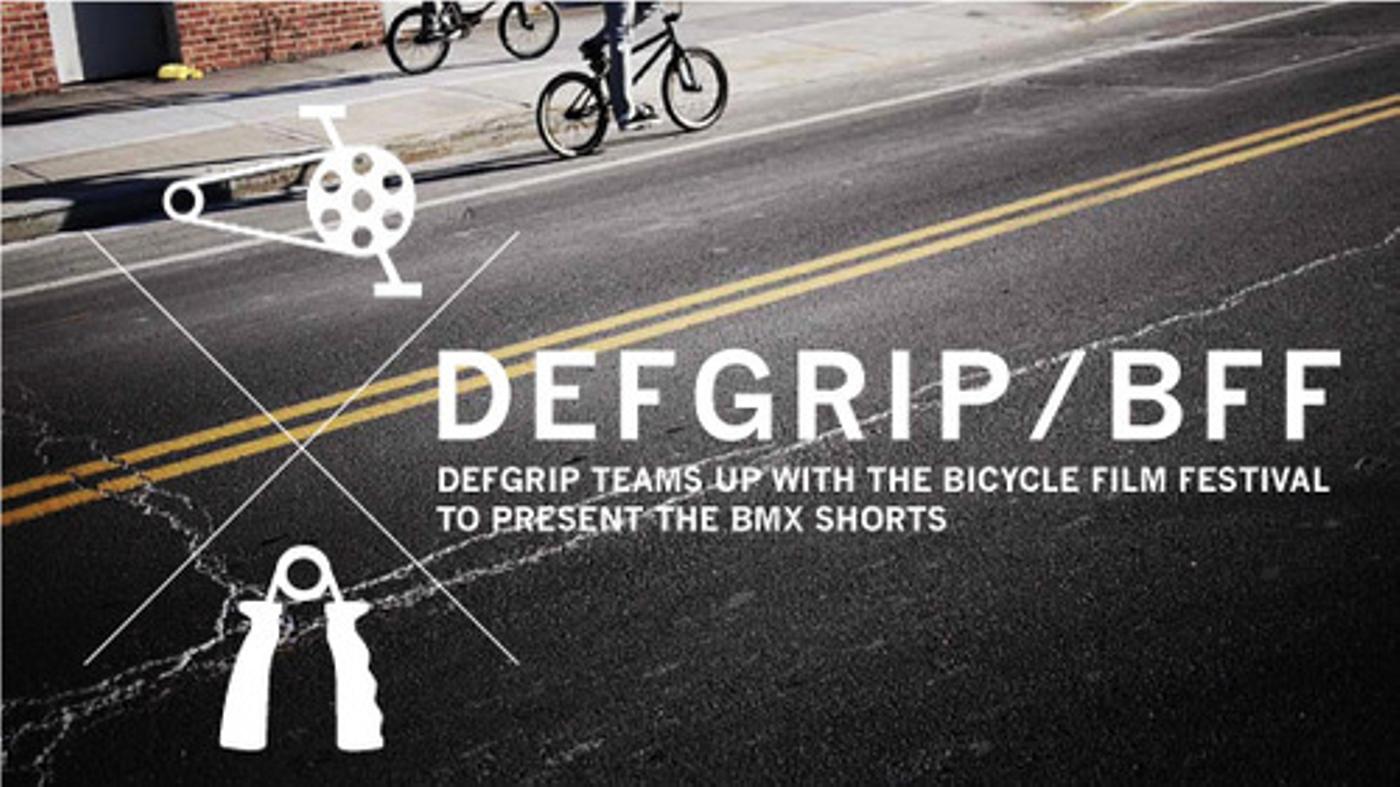 DEFGRIP “CALL FOR ENTRIES” FOR THE BICYCLE FILM FESTIVAL!

2010 marks the year Defgrip teams up with the Bicycle Film Festival to curate and host the BMX content portion of the festival. By content we mean FILMS!

What have you got to show us and the world?

We are looking for short films under 10 minutes that are innovative, creative and tell a story.

Having made our fair share of videos, we know how much fun it is to film tricks and edit them to music, but we challenge you to come up with a storyline, a way to captivate an audience and get people excited about bikes, especially BMX.

Defgrip and Bicycle Film Festival will collaborate to round-up submissions, screen entries, and make the final selection of films for the 2010 Festival that will screen around the world.

If your film makes it into the Festival, you could get world-wide exposure. With screenings in over 30 cities throughout the globe, the Bicycle Film Festival is an amazing platform to tell your story, get it in front of a new audience and show your work on an international scale!

How do I submit my film?

To submit your film:
Got to bicyclefilmfestival.com for all submission information.

Giving the quick submission deadline, we are accepting films that have already been online, but we are much more enthusiastic about films that are new to show and have yet to be seen.

DEADLINE FOR SUBISSIONS: March 27, 2010
There is no submission fee