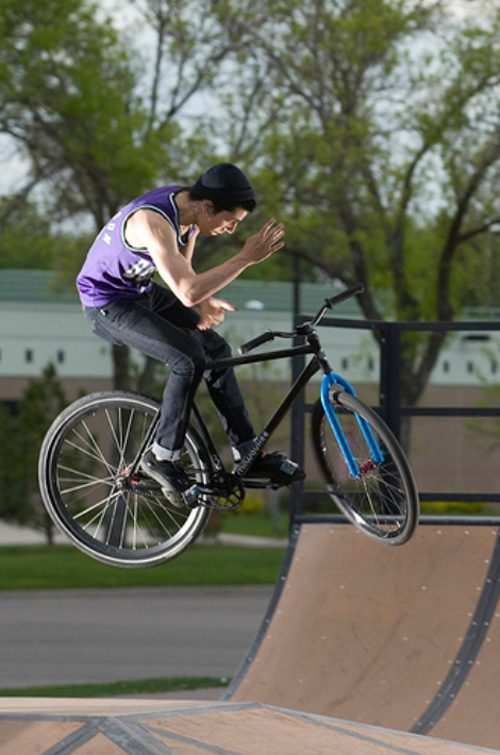 A couple weeks back, Minneapolis hosted their Death Pedal 2 premiere. Before the screening, a few of the freestyle kids put on an impromptu jam at a local park. Shakes O’Meara was there catching all the action, including Antonyo blasting a massive 180 bar over the hip. There’s a bunch more images at Shake’s Flickr, so checkem out!