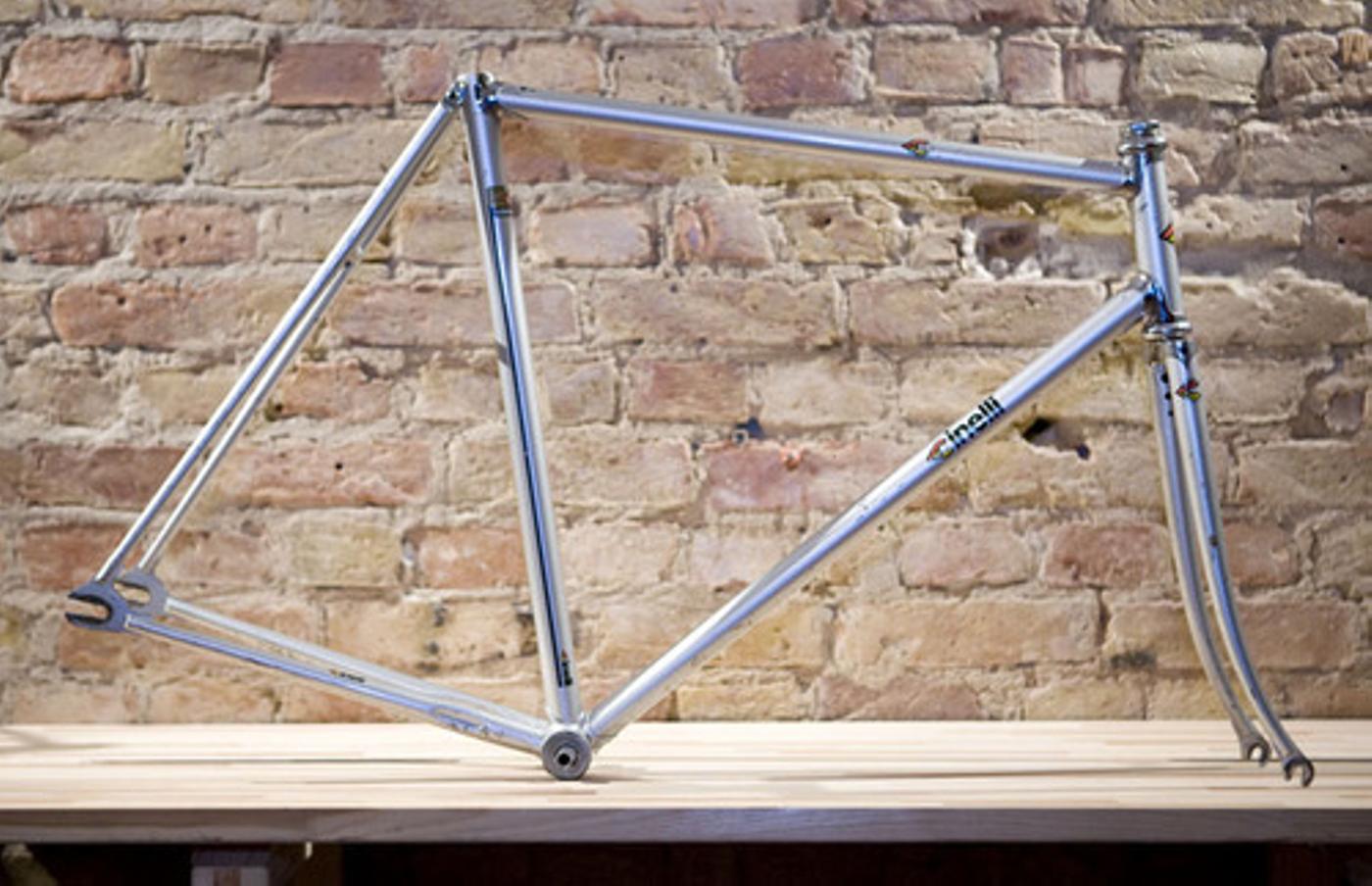 This is amazing. Over at the Cinelli True Story blog there’s a superb story on the history of this Supercorsa:

“Last week an artist friend of ours wrote in with some photos of Cinelli track frame he had bought on a recent trip to Berlin. He wrote because several irregularities in the frame’s production (mostly the English threading of the bottom bracket shell) had caused him to wonder whether the frame was not actually a Supercorsa Pista but perhaps some export-only variant (such as the later Olympic and “Superpista” models).”