In the short time that Chumba found a new home outside of Austin, they’ve been pushing hard on expanding their made in Texas frame catalog. With rowdy hardtails, 29+ and finally, a full fatbike, the brand has something for everything from bikepacking to daily trail riding. Their first full fat platform bike, the Ursa Major has landed and it’s one of the most surprising fatties I’ve ridden.

Austin isn’t exactly ideal stomping grounds for a fatbike. Not a straight out of the box kit anyway. Once you dial in your tire and rim selection, go tubeless and can achieve the much-needed traction for both loose corners and slick limestone, you’re good to go. Getting that tire pressure right is crucial, especially with a suspension fork. That takes a little bit of trial and error and a few trialside adjustments. In my experience anyway.

What Morgan touched on with his Ice Cream Truck and RockShox Bluto review applies here. While a lot of what he was talking about in his review was foreign to me at the time, even after just a single afternoon on the Ursa Major I began to understand his points. 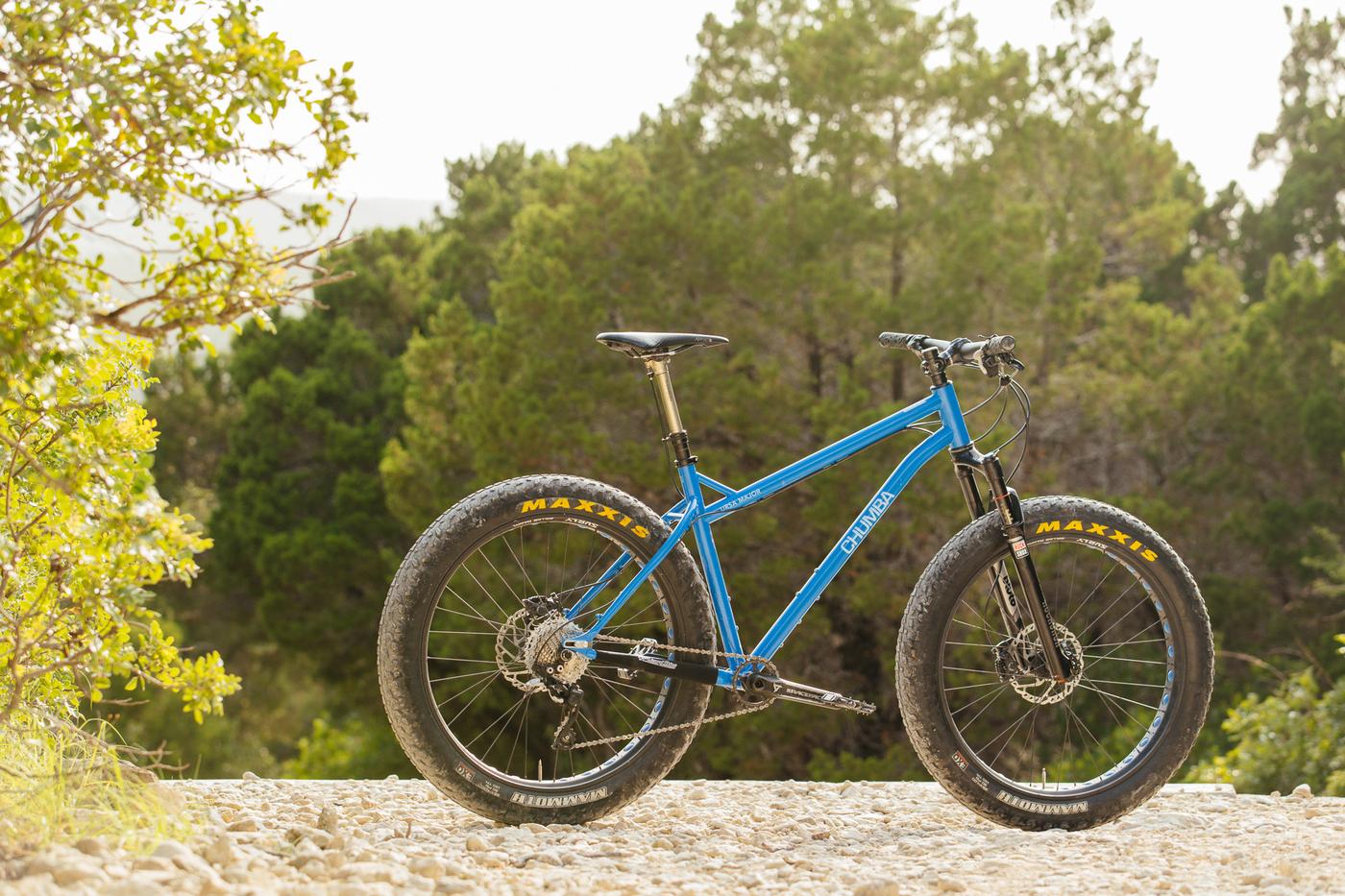 But this post isn’t a whole-hearted and thorough review. The honeymoon phase, or a first-time ride, clouds judgement and critique. Unfortunately, that’s all I had with the Ursa Major. As an easy gauge, I rode my favorite trails, as fast as I could taking the same lines I would on my normal bikes and had a fucking blast. Even saying that however, is getting ahead of myself. Remember, the honeymoon phase…

What I will say is I was enticed by this bike and even though I went into the ride thinking I’d be trudging along going slow, I found it to be highly shredable. Was it the build kit? What Chumba calls their Trail PRO build. Maybe? Dropper, short stem, wide-ish bars, Bluto, 1x drivetrain. Those were all familiar factors in the ride quality for me. Or maybe, just maybe this bike really could be a daily ripper. 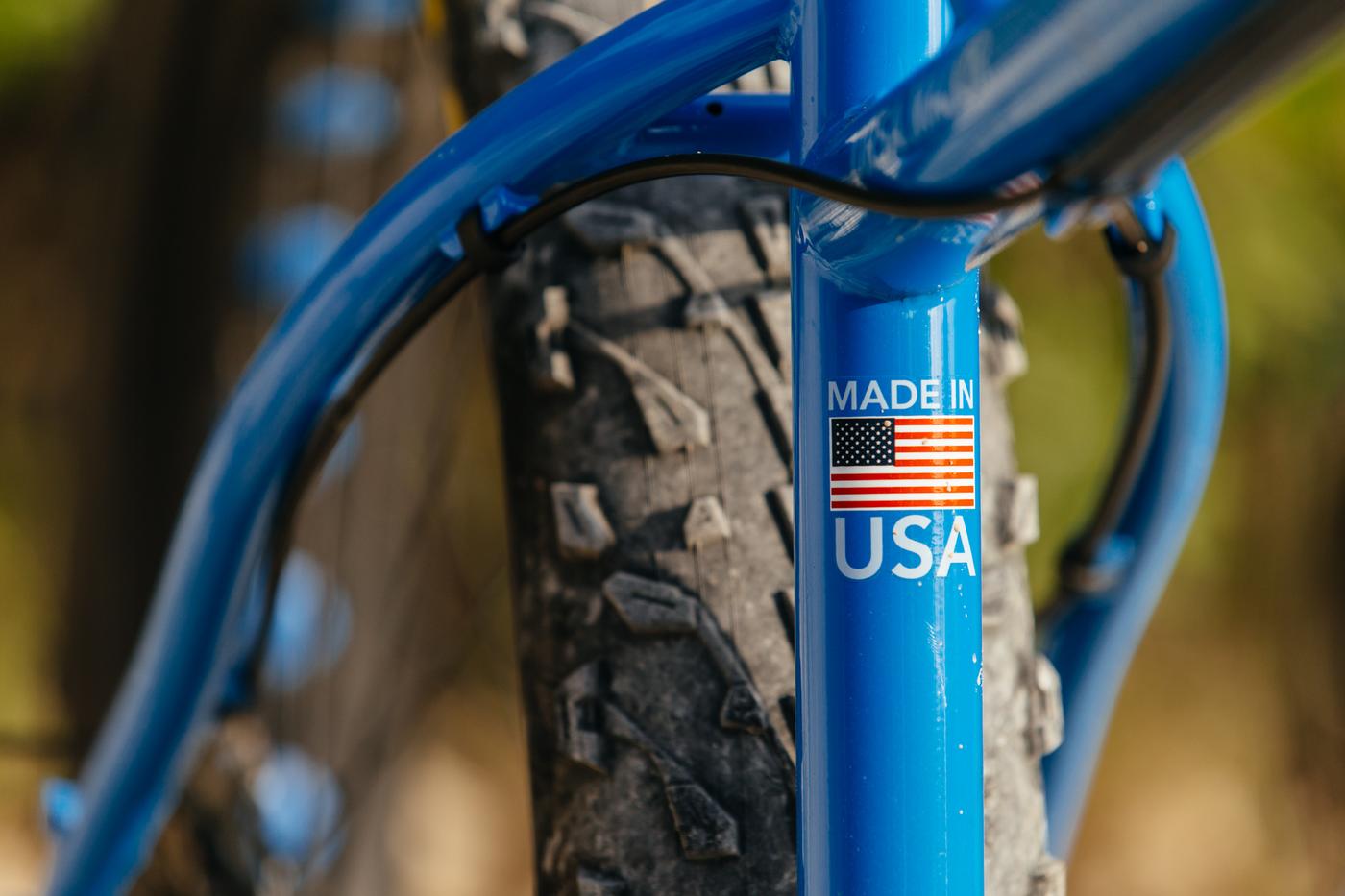 Backpedaling a bit and onto specifications. The geometry of the Ursa Major will make sense to most of you, with a 60mm BB drop and a 69º head tube angle, in three sizes, or top tube lengths. There’s a nice bend in the downtube to offer up clean and clear passage for the Bluto, a 100mm threaded BB, OS 44mm tapered head tube, clearance for a 5″ tire, thru-axle compatible and in two colors: Sherman Green or Range Blue. The Ursa Major’s top tube is also considerably lower than others in its class. That’s mostly for standover in snow…

All this looks good on paper, but the guys at Chumba have put the Ursa Major through countless in-field tests. It’s been snow raced and thrashed in Utah, Idaho, Wyoming, and Colorado and on the dirt in Colorado. Of course, it’s been ridden extensively throughout Texas.

The Ursa Major is available in a variety of build kits ranging from $2,999 for a singlespeed through $3,899 for a full-on excursion build, and even as a frameset. The frame alone costs $1,099 for a made in Texas frame, which is incredible I might add. Or $1,699 for the frame plus a Bluto.

Holler at the Chumba guys for more information and head over to their site. They’ve got stock now and the Ursa Majors will ship soon! I’m really impressed at not only the ride quality of this bike, but at the pricepoint for a made in the USA fatbike. Good lookin’ fellas!