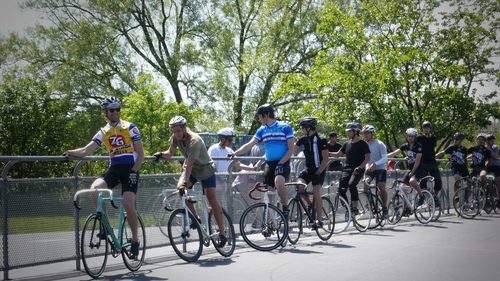 While I was out at the Johnny Coast and Seth Rosko open house, a group of riders were out at Kissena Velodrome celebrating Chari & Co’s 2-year anniversary. It looks like there was a great turnout and they even got Mr. John Ktel to show them how it’s done. Saturdays are usually the days that Andrew Lacorte and other big guns are out training on the track. From the looks of things, they were lending a helping hand. Really awesome of them! Check out more photos from the event on Donal Rey’s Flickr stream.

Now, who’s coming out on Wednesday?