Each year at NAHBS, a selection of builders at the show lament on how we should actually ride bikes together more, not just talk about them once a year at the show. I get it. Sitting in a convention center, under that horrible lighting, discussing how a bike rides is worlds apart from actually riding out on the trails. This year, Adam Sklar took the initiative to plan a weekend and then some of fun times in Bozeman and sent out an open invite to numerous builders. His idea was to expose people to the culture here, the town’s local builders, eats, drinks, and shops, in an event playfully dubbed the “Builder’s Camp.” Squid, Breadwinner, Retrotec, Falconer, Horse, Alliance, and Strong, along with a few other locals, all prepared for 5 days of non-stop riding and relaxing in this beautiful mountain town. 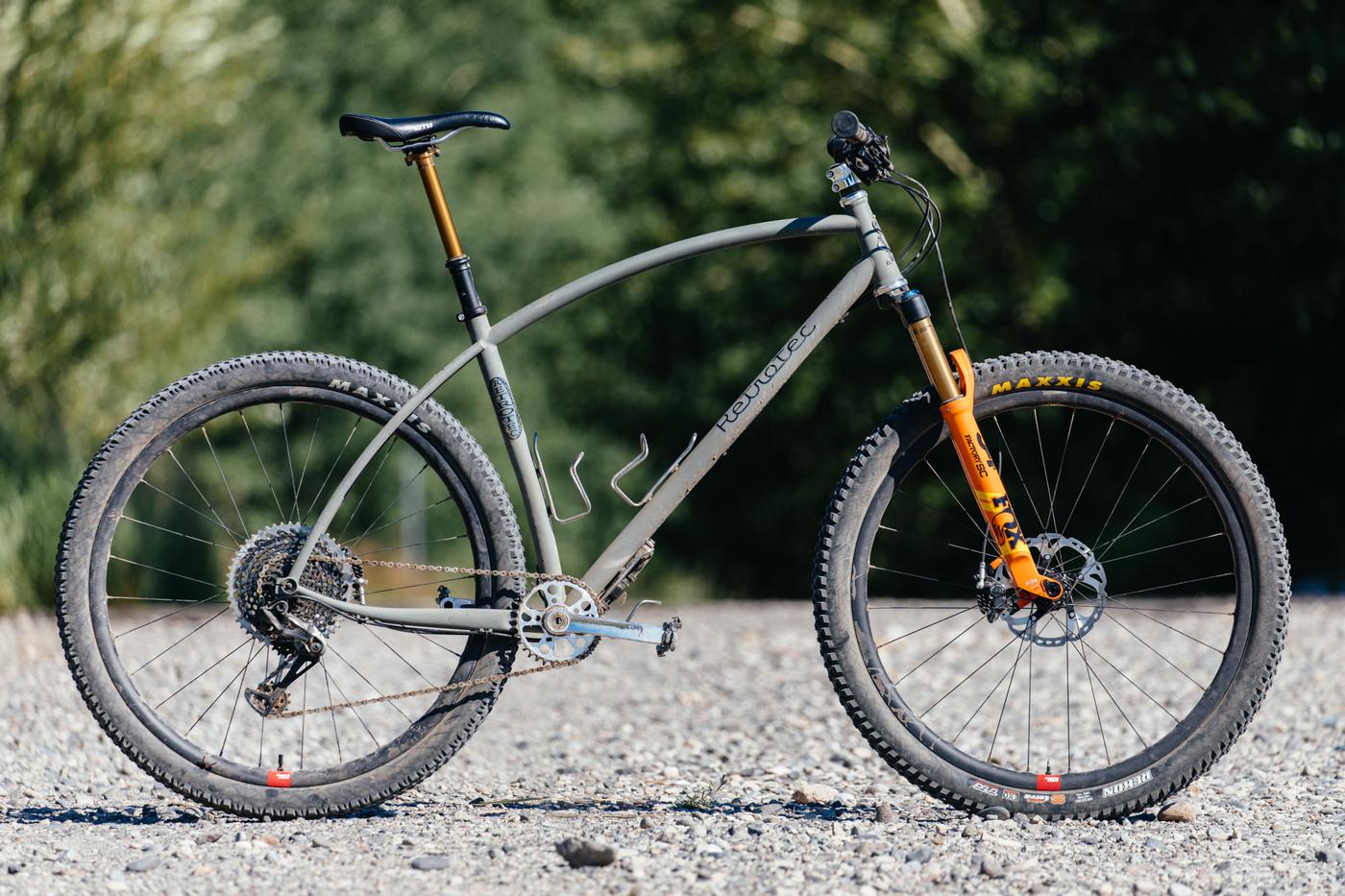 25 years in the frame building industry will teach you a lot. Not just about building bikes, either. Think about it. That’s 25 years of keeping up with industry change. From fads to standards, and technological advancements that are not a big deal for a large company, but for a dude in a garage in Napa, it can be a lot to keep on top of. Curtis Inglis from Retrotec is a perfectionist, a tinkerer, a lover of bicycles, autos, motos, scooters, and just about anything with two wheels. Curtis’ work is in my opinion, some of the most unique in the industry. 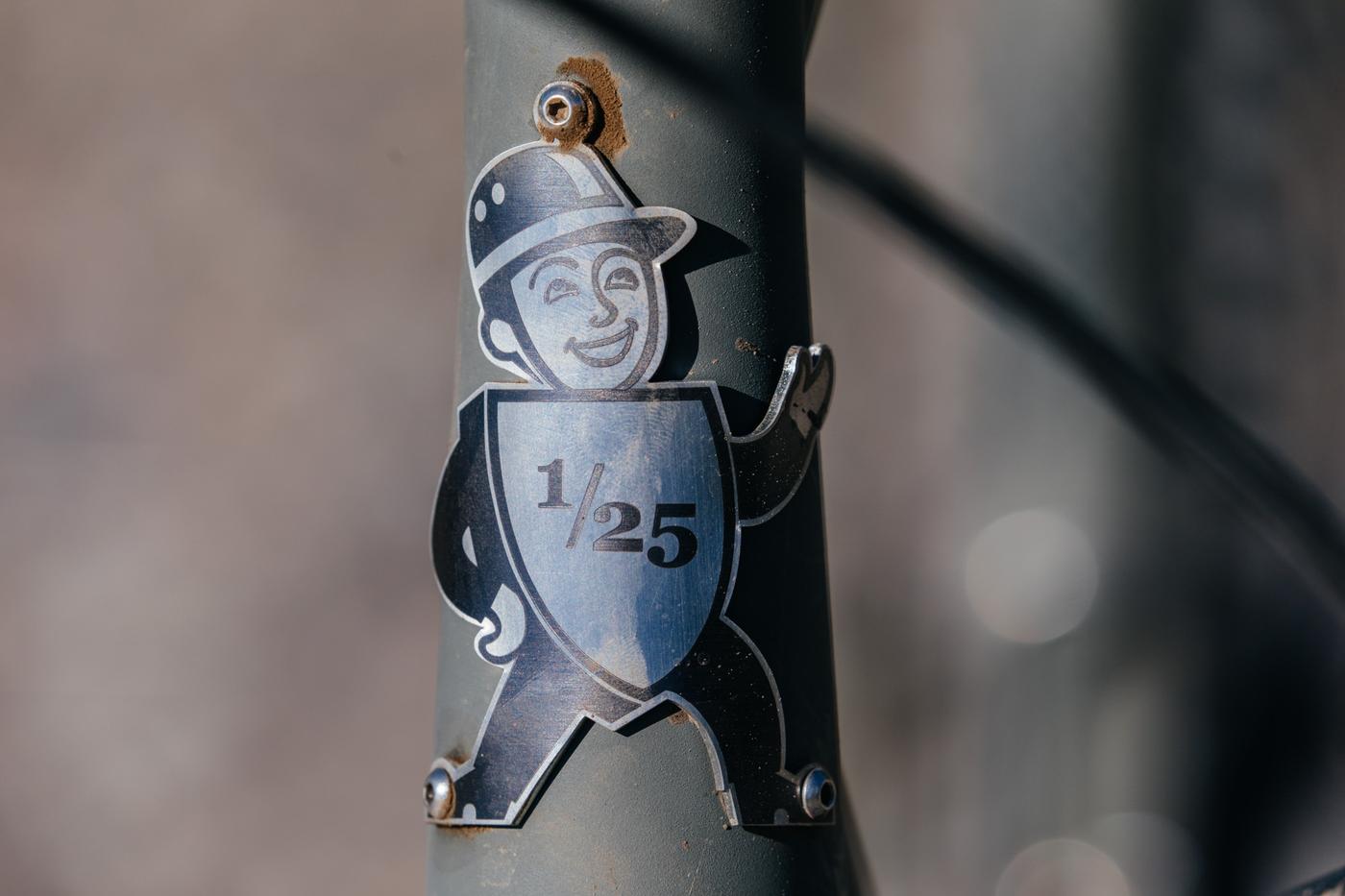 The Retrotec man is one of my favorite logos and for his 25th, Curtis is building 25 frames, of which will be numbered on these unique head badges. For the Builder’s Camp, Curtis rode this new XC-oriented Retrotec 29er, rendered in grey primer and designed with a more cross country geometry. Technically, this model falls under the Funduro lineup – Retrotec’s trail hardtails – but he’s calling it a Funduro XC. 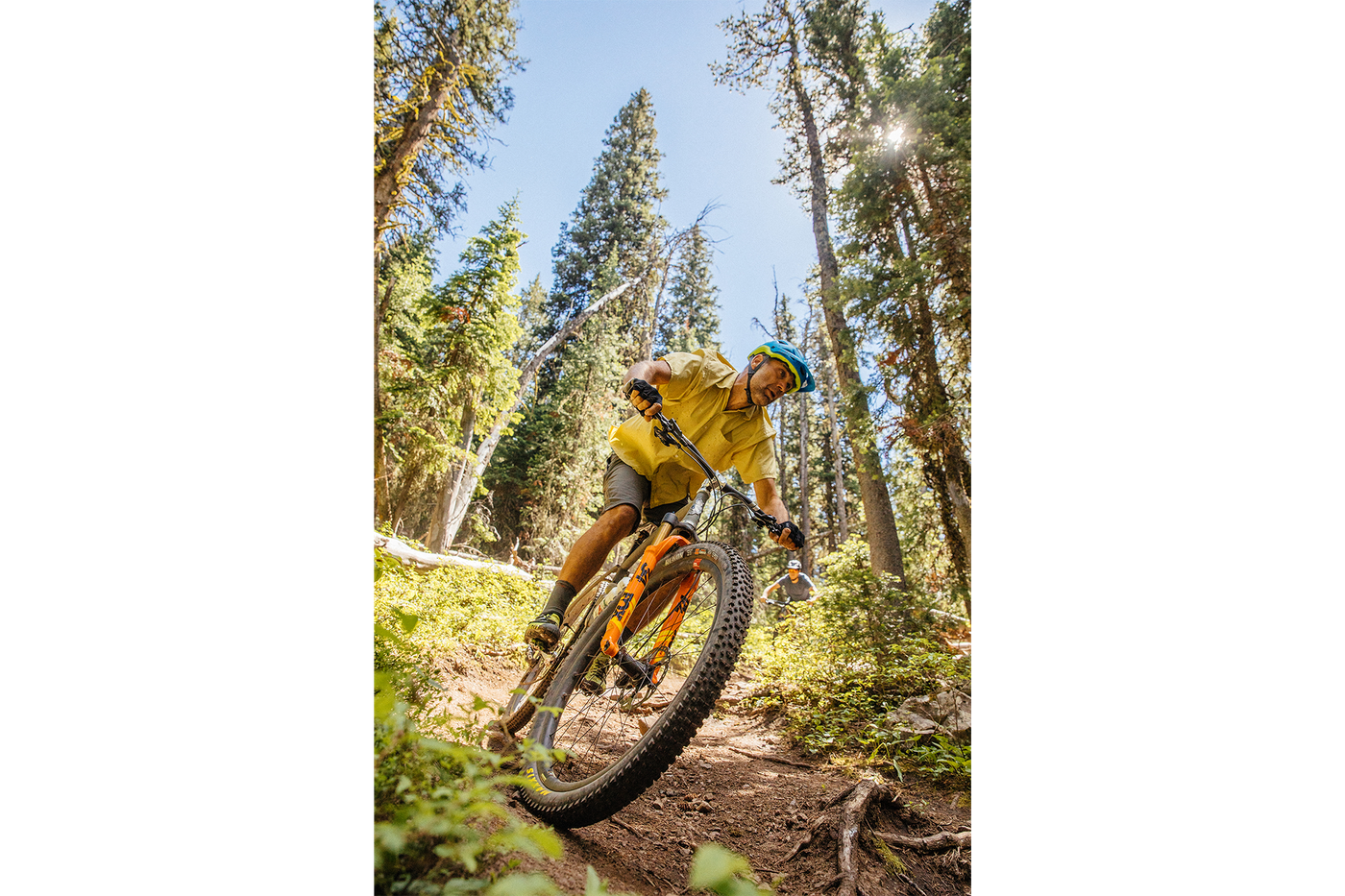 After Builder’s Camp, this bike went to Curtis’ close friend and Santa Rosa figure, Chris. Curtis and Chris are the same size, so they both swap bikes back and forth, discussing things like geometry, fit and parts kit, resulting in the best Retrotec Curtis can deliver to you, his customers.

If you’re in the market for a new hardtail, holler at Retrotec for one of his 25th-anniversary frames!