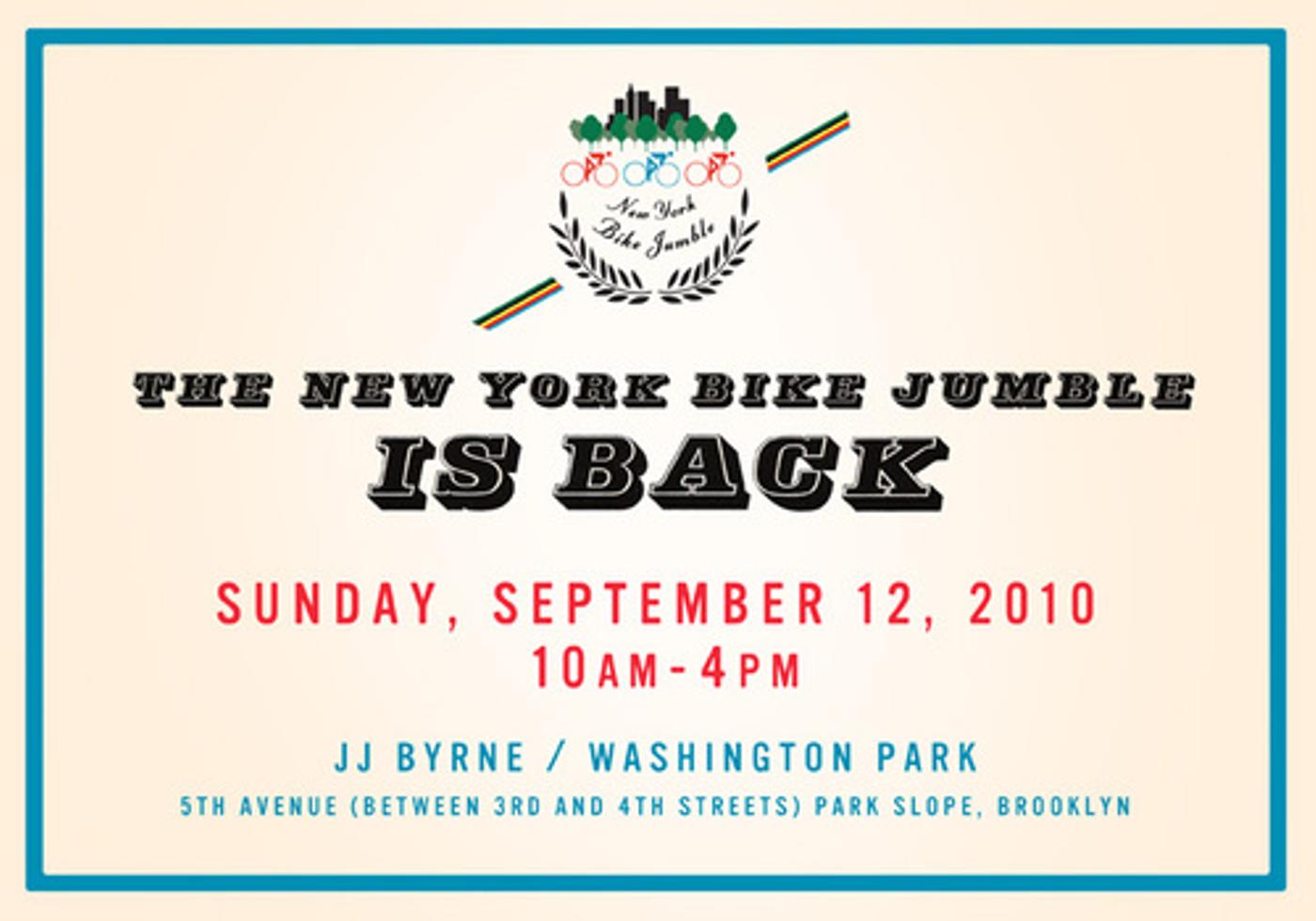 I had a blast and made a grip of cash at the last Brooklyn Bike Jumble. It’s returning this weekend, along with Bike Shorts at the Old Stone House. Check out more information below, along with the bike shorts flier. You don’t wanna miss this! Join us at The Old Stone House at Washington Park for New York’s only bi-annual cycling flea market. Many of the usual bike swap vendors will be there , as well as Rapha, Dutch Cargo bikes from Rolling Orange and folding bikes and exotic carbon fiber bike parts from NY’s own Montecci Cycles. Hopefully some NYC area frame builders will also be showcasing their work

The event will be held in the park, on Fifth Avenue between fourth and fifth streets, in Park Slope, Brooklyn, one of the epicenters of bicycle commuting in New York City.

At this one day only event, vendors will be on hand to sell bicycles, bicycle components and cycling accessories to the public. Good deals abound as do good times! Come down between 10AM and 4PM and remember, the early bird gets the worm!

As the Jumble winds down, an outdoor dance party DJ’d by JStacher and Dirty Finger will kick off till about 8PM when Bike Shorts will begin their outdoor short film festival.